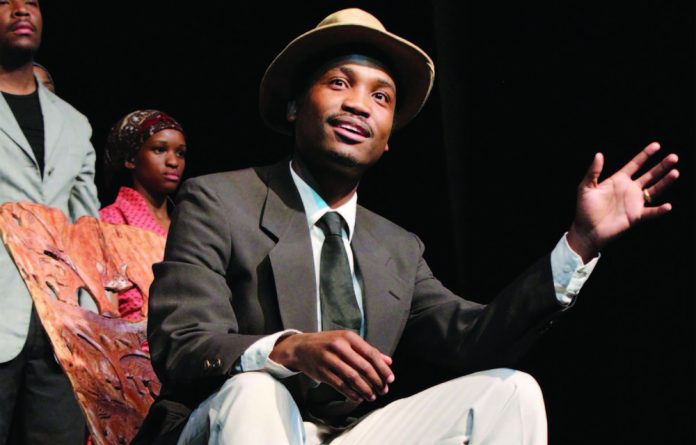 Actor
Donald Molosi is an award-winning international actor who has worked in Hollywood, and stolen the title of the first Motswana on Broadway.

Molosi was also the first person to write plays and films on the life of Botswana’s founding president, who was also a leader of the independence movement, Sir Seretse Khama.

This year, Molosi has launched live performances of Blue, Black and White (based on his own critically acclaimed published play collection, We Are All Blue), and an exciting Hollywood film A United Kingdom, about the life and legacy of Khama.

Molosi’s work on Khama has been staged on four continents in the past 10 years, and he was awarded a medal by the Federation of European Carnival Cities for its significant role in attracting tourists and investors to Botswana.

He is also the founder of the Folk Tale Theatre Company, Botswana’s first professional theatre company that stages work both in Botswana and on Broadway, New York City. Molosi has a Master’s Degree in Theatre and Performance Studies from the University of California, Santa Barbara.

Some of Molosi’s Broadway credits include Damn Yankees (2004), and Motswana: Africa, Dream Again (2012). The New York Times described his performances as “inflamed with passion”, particularly his heart-wrenching portrayal of a Ugandan child soldier in his one-man show, No Idea (2010).

His work in Hollywood includes Green Zone (2007) with Academy-Award winner Matt Damon, and Breakfast in Hollywood (2006) with actor Paul Boocock of Law and Order fame.

In 2014, Molosi was honoured as one of the 40 most influential young people in Botswana in the KBL St Louis Top 40 Under 40 awards, following the acclaimed run of Blue, Black and White.

That same year, he dedicated most of his time to promoting Gambit: Newer African Writing, an anthology of African short stories in which Molosi’s own Back To Love is published.

The anthology was published by New York City publisher, Mantle Books and drew praise from renowned African writers such as Chika Unigwe and Helon Habila.

A language historian and multi-linguist, Molosi speaks Setswana, Swahili, French and English fluently, as well as conversing in Zulu, Ndebele and Kalanga.

During his stints in Tamil Nadu, India as a theatre summer teacher for children with disabilities, Molosi also picked up some Tamil and Hindi. On top of acting and writing, Molosi is also a singer-songwriter.