Several vehicles torched at the University of Zululand

According to sources close to the university, damage is expected to run into several million rands.

A staff member said that the vehicles were completely gutted and that it included a brand new 4X4 bakkie that had not yet been registered in the university’s name.

While protest action at other universities across the country have centred on student demands for fee-free education, staff at the University of Zululand have been on strike since August 15 protesting over low pay, among other things. 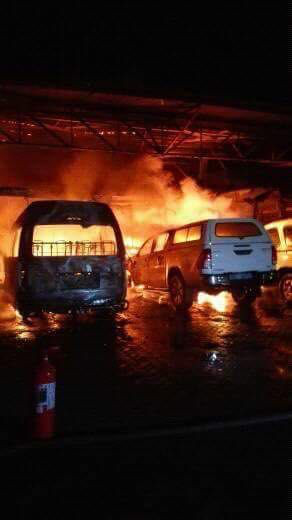