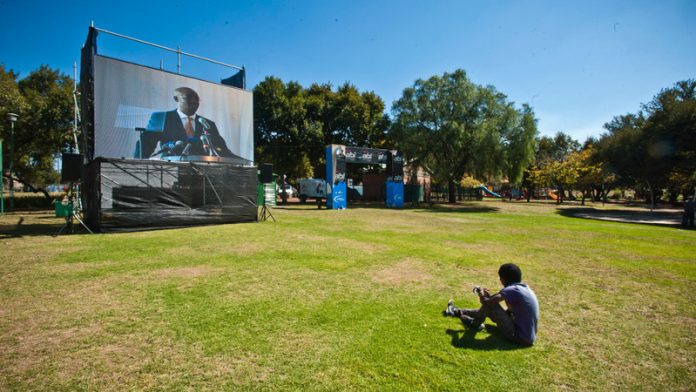 Former City of Johannesburg mayor Parks Tau said he hopes to beef up the finances and skills set of low capacity municipalities after being appointed interim chairperson of the South African Local Government Association (Salga). He replaced Thabo Manyoni, who resigned and was sworn in as a member of national Parliament this week.

“Municipalities with low capacity need to get the necessary support, including finances, to ensure they deliver services. I must ensure the bargaining council process [in Salga] works in the best interests of the workers and the employer, which is the municipalities,” Tau told the Mail & Guardian on Thursday.

While his political future had been uncertain following his ousting as Johannesburg mayor in the local government elections, Tau said the new appointment has cemented his immediate future in the local governance sphere. He’s also been nominated for president of the United Nations-linked world body United Cities Local Governments (UCLG), which is due to hold its election at its general assembly in Bogota Colombia next week.

Tau’s nomination was endorsed by all of UCLG’s member countries on the African continent and he’s already received letters of support from the mayors of Paris in France, Montreal in Canada.

But he admits the new job as Salga chairperson is bound could cause contradictions in the future.

“It’s going to be an interesting environment because as Salga you speak on behalf of all local authorities. And when you come back to Johannesburg you need to speak as the leader of the opposition. It’s going to make life very interesting because one day I’ll be standing in parliament saying: I’m worried about how this impacts on the city of Johannesburg. Then the following day I’ll be sitting in council saying: No I don’t agree with you,” Tau joked.

After the ANC’s loss at the polls, most opposition parties including the Democratic Alliance and Economic Freedom Fighters congratulated Tau for his track record in office between 2011 and 2016. Now the former mayor has been sworn in as the leader of the ANC opposition in the Johannesburg council. The ANC in the city welcomed Tau’s appointment to his new role in Salga.

“The appointments and nomination for the UCLG presidency are a clear vote of confidence in cadre Tau’s leadership following his deployment as mayor of Johannesburg,” it said in a statement.

Aside from his experience as mayor of South Africa’s economic hub, Tau was also appointed head of Salga in Gauteng. During this time he advocated for municipalities to take part in the commission on the feasibility of the e-tolling system supported civil society’s call to find a different payment method. But for now, Tau said his primary mission would be to prepare for Salga’s national conference next month, which would review the municipal strategies and elect fresh leadership.

The Nodal Review might transform South Africa’s biggest city. Implementing the new policy, which has the potential to open wealthy suburbs to impoverished residents, is the challenge
Read more
National