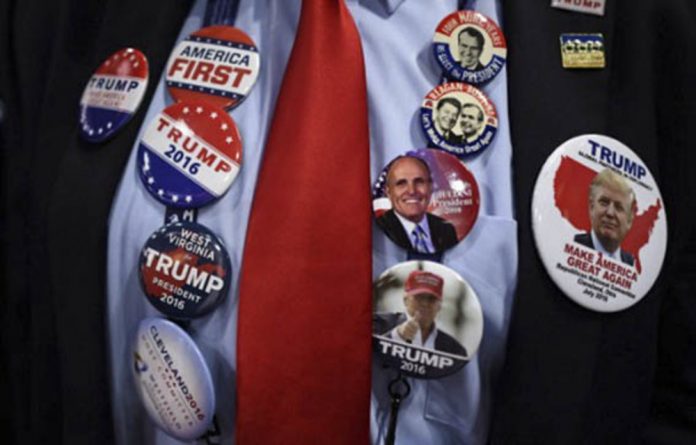 COMMENT
Talk about great timing. Donald Trump’s election as president of the United States has sent the dollar and treasury yields soaring, increasing the cost of funding for emerging-market countries and companies in one week. And it’s happening just as the biggest pile of dollar bonds in the history of developing nations is coming due.

The rise in treasury yields alone has added more than $1.2-billion to the tab over the next three years — and that’s only counting the cost of paying back principal. Add to that the rising local-currency expense a stronger dollar causes and it’s suddenly much more onerous for those nations to make good on their dues.

I shall make my first prediction for 2017: there will be even more restructurings in emerging markets than there were this year, which, by the way, was the worst since 2009.

Should investors shun emerging-market debt? Not necessarily. The number of companies that default and the size of their outstanding obligations is relatively small compared with the overall market.

The last really large emerging-markets default was in 2001, when Argentina faced a $93-billion restructuring of its liabilities. Investors can thank super-loose monetary policy for that, considering the amount of debt developing nations have accumulated. But the odds that another of that magnitude will occur are increasing.

Although it avoided a full-blown restructuring, the company remains in perilous territory given low oil prices. With more than $17-billion in dollar notes, a default would easily have qualified as the biggest from an emerging-market issuer since Argentina.

There’s competition for that unflattering laurel, though. Oil corporations were particularly active in selling foreign-currency debt in the years leading up to 2015 and will also be hard-pressed for cash when creditors come knocking.

One silver lining is that this could put a stop to the leveraging up of emerging markets, which was getting out of hand. As usual, lawyers and bankers — restructuring ones, that is — stand to profit the most. — Bloomberg

Wealth taxes and loosening monetary policy is playing with fire