In an online talk, Africans in America co-curator Hank Willis Thomas describes a friend’s experience atop a camel in southern Egypt. A young Egyptian, recognising Hank’s friend as African-American asks the friend for “the latest Tupac CD”. More interesting than the encounter is Thomas’s summation of the experience, saying: “It’s niggas in America fucking it up for black people everywhere.”

The comment is interesting in that it fractures into a thousand tiny fragments what it means to be black, which is what the exhibition Africans in America is attempting to do. It also hints at an awareness of a pre-existing power dynamic.

As the Black Portraiture[s] III conference showed last week, dialogue among Africans in the diaspora can be fraught with unchecked privileges and mistrust, often elongating the distance between the waters rather than wiping it off.

Some South Africans were disgruntled with what they saw as skewed power relations playing out because curatorial and organisational roles were not extended to South African cultural producers, resulting in an American-centred programme. In both titling and curation, the exhibition attempts to address this stasis, pointing to how drastically the meaning of “African-American” has changed in the last half century — no longer able to impose homogeneity to one group of the American population. These days, black people, through their own agency, crisscross the Atlantic and the Americas in search of a life.

To point to this reality, the curators cast their aesthetic net far and wide, from the faithful, grand portraiture of Kehinde Wiley, the obstinate abstraction of Rashid Johnson and the bold poeticness of Carrie Mae Weems. Nationalistically too, artists such as Alfredo Jaar, Eric Gottesman and Tabita Rezaire explode the idea of “Africans in America”, moving it into the realm of subject matter. 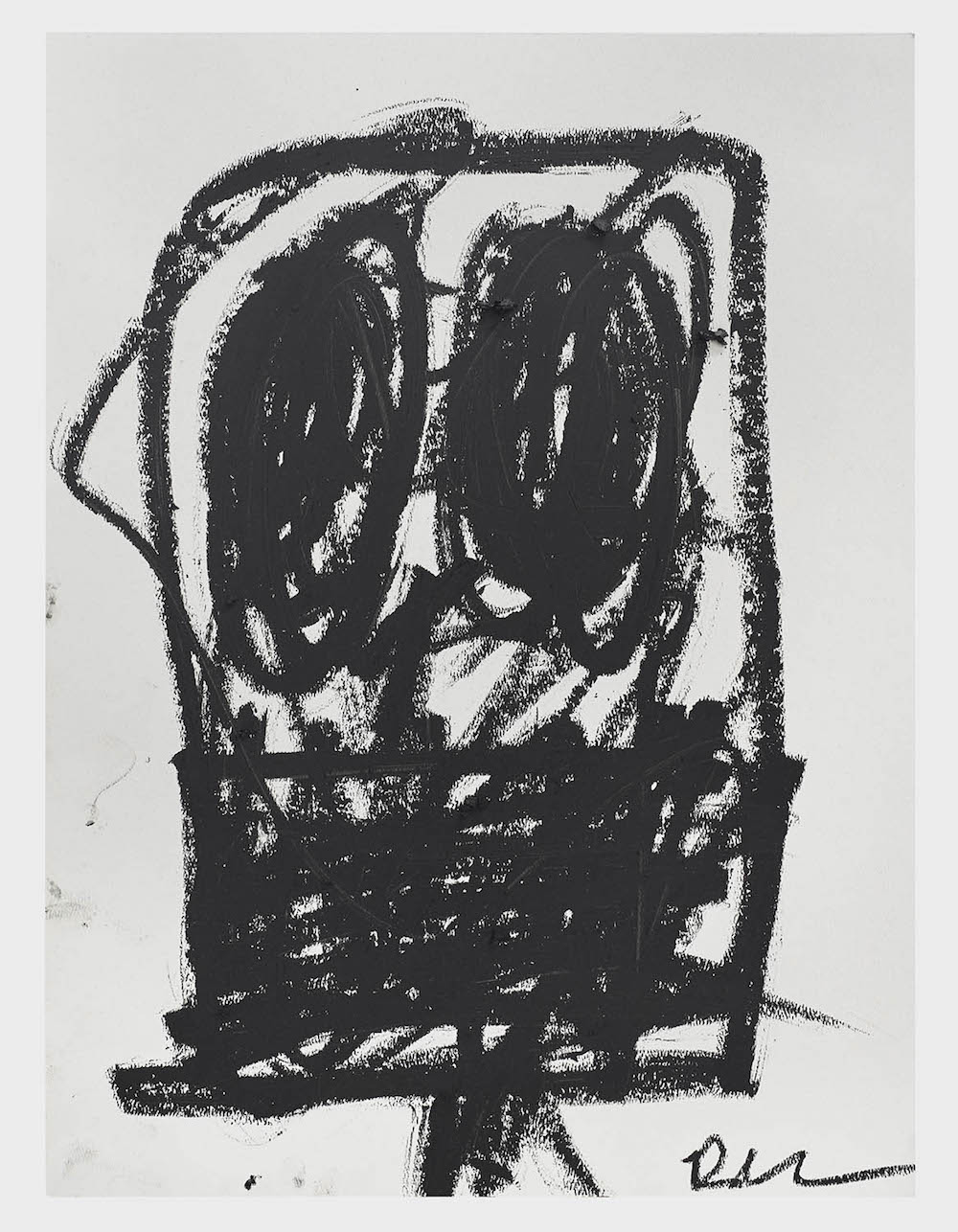 Africans in America sits across two galleries, the Goodman Gallery in Parkwood and the Johannesburg Art Gallery (JAG) in downtown Johannesburg. Weems anchors the Goodman segment, grounding it in a shorthand of the of the civil rights and Black Power movements that offers a springboard to newer explorations of diaspora.

At JAG, Weems’s lovers in the video Before The Loss of You, are locked in a playful, sun-kissed tryst before their world tears them apart, seemingly acknowledging that the ties that bind the diaspora are now fleeting and fractious, even as travel and migration reach a high point. To allude to his by way of paraphrasing the Weems video, the parties between the channels can be like lovers “trapped in the endless labyrinth of imperial power … riding against time and history…”

The video is true to Weems’s dictum that employing playfulness opens up more room for the exploration of serious subject matter.

Some of the other works in the exhibition expresses the isolation people suffer in other parts of the world. Julie Mehretu’s Epigraph: Damascus aquatint is in recognition of this situation.

By depicting the layered architectural drawings of Damascus upside down and obscured with black lines and smudges, Mehretu checks our fatigue of the immense destruction taking place in Syria. The scale suggests the conflict’s severity, and the six panels (almost covering an entire wall of the Goodman Gallery) evoke a bombed-out site viewed aerially.

Johnson’s Untitled Anxious Drawing aims for the same feeling of erasure. His figure appears distressed and gagged, recalling both the present and an earlier period when black people were considered subhuman.

Not too far off in the same alcove, Wangechi Mutu’s 12-minute Eat Cake dominates the space by way of its positioning; sitting diagonally on a slightly raised platform of wooden slats. The black-and-white video appears to be set in slow motion, or perhaps it is Mutu being deliberately laboured and atavistic as she devours a tiered chocolate cake in a bayou-like setting.

She is dressed to the nines, appearing both Victorian and contemporary in clear heels and long, cumbersome nails.

Mutu eats on her haunches, the cake squarely between her legs, the clear heels lending a sexual dimension to her commentary. As she eats, the cake seems to consume a part of her too, as she stops wearily at intervals to flick her hair back. The avarice of human society, but also the weight of history heaves at you from the screen.

The video functions as a companion piece to more recent work, such as the collage painting I Am Too Misty, which develop the above themes to textural extremes.

Theaster Gates’s Afrostack depicts 1974 editions of Jet magazine as a type of Holy Grail, set atop a concrete plinth with an embedded porcelain bowl. There are definite biblical connotations that signify Jet’s importance in the creation of alternative imagery of African-Americans.

Between September 26 and December 19 of that year (the weekly editions captured in the bound book), the Rumble In the Jungle took place, which lent a sense of spectacle to supposed diasporic connections.

Seen in proximity to Stan Douglas’s Disco Angola series (where the photographer stages photographs in a fictional mid-1970s Angola and New York), in this case Capoeira and Kung-fu Fighting, the works seem to collectively acknowledge parallel existences that have never merged for one seamless purpose. The works, perhaps without even meaning to, bear witness to these continuing challenges.

Brendan Fernandes’ installation piece The End (a wall of geometrically rendered red, black and green with corresponding statement flags suspended at a perpendicular angle) posits Pan-African unity as imperative. Fernandes says his work was inspired by WEB Du Bois’ ideas about the route to unity as well as his style of prose.

The work has added resonance when one considers that Fernandes, in a sense, prosaically and symbolically merges du Bois and Marcus Garvey, two scholars that at points in history, were at each others throats about how exactly to improve the lot of the American black. It was Garvey who popularised “the red, black and green” with his Universal Negro Improvement Association in the early 20th century. These colours have gone on to symbolise black nationalism in the United States, and make up the colour scheme of a number of African national flags. So while Fernandes is referencing Du Bois, Garvey is not to be outdone, with the text of the piece recalling an oft-quoted slice of Garveyism: “Mankind won’t know himself until his back is against the wall.”

This nods to artist Daapo Reo’s somewhat cynical Alcoholotopia (A Geopotilitical Dream Under The Influence). His work, of fabrics popular in Africa stitched together to resemble the US flag, comes with a drinking instruction to foster an optical illusion of unity happening (or “two flags overlapping”), but ultimately concludes that the dream is disposable and “constantly put in the trash can.”

In a sense, this is Africans in America’s undercurrent, a knowing — to borrow from Jaar ‘s imagery — that the “one million points of light” bouncing off the water point not always to a way forward but also a blinding distance that requires continuous introspection and effort.

For me, it is mystifying that the only South African in this exhibition is Mikhael Subotzky. The premise of the exhibition, when considered alongside its In Context series predecessor Where We Are, is that it allows for the conversation to unfold in stages.

The token involvement of Subotzky, as opposed to a black South African, for instance, exposes a post-racial leaning to the curation, a premature position to assume in South Africa’s volatile post-apartheid environment. It presents a missed opportunity for a more rigorous conversation on the fabled umbilical ties that African-Americans have to the continent.

Africans in America is curated by Hank Willis Thomas and Liza Essers. It forms part of the In Context series and runs at the Goodman Gallery and the Johannesburg Art Gallery until December 17.