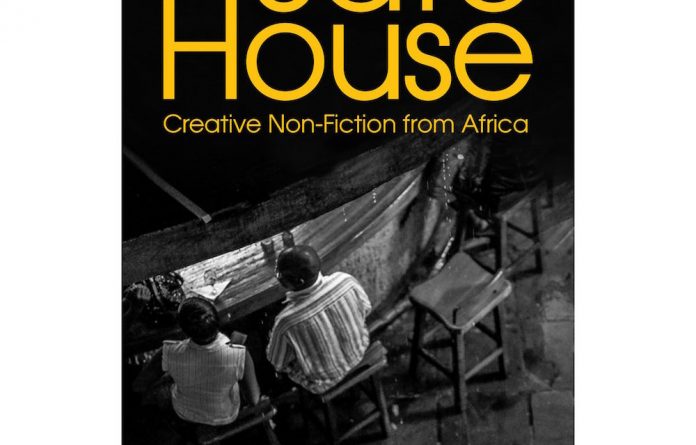 Ellah Wakatama Allfrey wrote the introduction to Safe House: Explorations in Creative Nonfiction in January 2016. I am reading the book an entire year later.

In the intro, she touches on the fact that African fiction “has achieved renown for decades” now, while African creative nonfiction seems to be “in a germinal phase”. This is because “you have to leave your study to write compelling nonfiction’’, she declares.

Journalists and writers everywhere know what this means. They have to become more savvy in sourcing the funding to sustain their practice. This collection, for example, is a result of a collaboration between Commonwealth Writers, a cultural initiative of development organisation Commonwealth Foundation, and pioneering publishing house Cassava Republic.

Prevalent in the collection, is what Allfrey calls “writers journeying internationally within Africa” and relating the news to their own experience. Written in this mould, and worth singling out, is Hawa Jande Golakai’s Fugee, which takes the form of a diary in the time of Ebola. With just one story exploring, in part, the difficulties of moving in and out of Liberia during the outbreak in 2014, Golakai counters the damaging and myopic journalism that proliferated at that time with the secret weapon of humour. Understated and present throughout, it lends a disarming vulnerability to her range of emotion.

Another of this collection’s triumphs is the editorial decision to devote a significant amount of pages to expanding our grasp of the complexities and nuances of same sex relationships in Africa and to zero in on the absurdly intensifying persecution of lesbian, gay, bisexual, transgender and intersex (LGBTI) individuals and communities. Mark Gevisser’s Walking Girly in Nairobi is unflinching in its look at the complicated monetary relationships that characterise the formal and informal aid systems that develop around rights issues.

Gevisser looks at how, in the case of Ugandans fleeing the effect of their country’s Anti-Homosexuality Act, it is these very relations that are often used to justify prevailing narratives about the West supposedly nurturing homosexuality in Africa. Ultimately, Gevisser is concerned with humanising people’s resilience in the face of almost complete systematic failure.

Elnathan John’s The Keeper of Secrets, about the shifting circumstances of yan daudu (Hausa shorthand for men who act like women) communities in Nigeria’s Federal Capital Territory, is an astounding example of the timeless brilliance of solid writing melded with fearless, sustained reporting. Quite often, the two never meet on an even plane. John’s effort here puts paid to the reflexive myths about homosexuality being “unAfrican” by identifying “contemporary incarnations of religion” as being at the heart of the threat to this particular Nigerian society.

Chike Frankie Edozien’s memoir Forgetting Lamido looks at the criminalisation of homosexuality in Nigeria. But Edozien’s childhood friends are not running from the law as much as they are cowing to societal norms related to power and social ascent in parts of Nigeria. This coming-of-age memoir works as a companion piece to Elnathan John’s investigation and reveals the law as often the last stage of a wide range of societal pressures to conform, and often only invoked for political expediency.

Barbara Wanjala’s A Woman’s Smile succeeds, in part, because of its failures. Wanjala heads to Senegal, another country where homosexuality is criminalised, to document activism around LGBTI issues. But because nobody will talk to her, with Ramadan further complicating the situation, one can sense the writer being forced into the hyperawareness of a flâneur, leading to a piece that uses atmospheric charge to make up for a shortage of varied human voices.

In other stories, there are complex and layered takes on crime in Cape Town, courtesy of Bongani Kona and Simone Haysom. These two writers’ respective stories – A Murder in Clovelly and The Life and Death of Rowan du Preez – look at the intrinsic links between marginality and crime. In a country with a history of passing for something else, racially speaking, and one where interracial adoption is often done with good intentions, too little has been said about how alienation produces adversarial and self-destructive behaviour. Haysom’s Rowan du Preez recalls the troubled Happy Sindane, a boy whose search for self led him to peer inside an early grave. But Haysom’s tale is so open-ended that one is compelled to look through Google for clues about how the case against the activist couple, once accused of murdering Rowan, concluded.

Kevin Eze’s Eating Bitter is a skillful look at the rise of Chinese construction moguls in Senegal. Eze’s efforts in gaining access to several Chinese traders contracted to the moguls and their families means he allows his subjects the humanity to let their guard down and reveal their prejudices.

Overall, there is little in this collection to criticise. So wide, expansive and self-contained are these stories that the reader is left wanting more. One can nitpick individual writers’ editorial choices, but as a collection, Safe House begs to differ with its editor’s assertions. Judging by the stories on offer here, creative nonfiction on the continent is past the germinal phase. It is of global renown. Thank you, Allfrey, for contradicting yourself with this collection.

You Must Set Forth At Dawn chronicles events in the writer’s life, inc
Read more
Advertising
Continue to the category
Business