A British lawyer who has been working for the inclusion of Christian values into South Africa’s constitutional jurisprudence has been accused of the “horrific” and “masochistic” beating of teenage boys in his care.

Currently based in Cape Town, John Smyth, a Queen’s Counsel and former acting judge in England, is alleged to have left a decades-long trail of bloodied bodies and broken spirits both in the United Kingdom and in Zimbabwe.

While in Zimbabwe Smyth ran a Christian mission, Zambesi Ministries, for 17 years. He was charged with the culpable homicide of 16-year-old Guide Nyachuru at one of the Zambesi Ministries’ summer camps held in Marondera in December 1992. Nyachuru’s naked body was found in the Ruzawi School pool — questions still hang over the circumstances surrounding his drowning. Smyth has always maintained it was a tragic accident.

Smyth was also charged with five counts of crimen injuria relating to incidents during a camp in April 1993 involving five boys from posh Zimbabwean schools.

The culpable homicide prosecution was discontinued when the then Zimbabwean Chief Justice, Anthony Gubbay, ruled the prosecutor in the case had a conflict of interest. Smyth moved to South Africa soon afterwards in 2001.

The alleged pattern of behaviour appears contrary to Smyth’s public image in South Africa as a moral crusader and the executive director of the Justice Alliance of South Africa (Jasa). This week Jasa shut down its website.

Smyth and Jasa have been involved in Constitutional Court cases arguing against same-sex marriage, teenage sex, abortion, pornography and euthanasia. He also submitted draft legislation to the department of home affairs to limit access to pornography.

Senior evangelical Anglicans appear to have known of Smyth’s behaviour, which An Ungodly Crime? suggests they appear to have sought to cover up. In the late Seventies and early Eighties, Smyth was chairperson of the Iwerne Trust, an Anglican organisation with close ties to The Church of England. Iwerne organised Christian holiday camps for boys from Britain’s poshest public schools (called private schools in South Africa).

The Mail & Guardian has seen an internal report written by the Iwerne Trust in 1982, in which it acknowledges the “horrific” scale and severity of the alleged beatings by Smyth involving 22 young men since 1978.

The investigator interviewed 13 of the 22 alleged victims. In one of the first reported incidents a 17-year-old claimed that instead of a shoplifting incident being reported to his parents, Smyth offered him the choice of a beating to repent.

“He chose the beating, which was given with a cane in the summer house,” the report stated.

The report acknowledged the beatings were “technically all criminal offences” but the organisation appears not to have reported these cases to the police at the time. The report suggests the practice was part of the “sanctifying of young men, and the blessings of fatherly discipline” but noted that a psychiatrist “describes it as suppressed masochistic sexual activity”.

From 1979 the beatings are alleged to have escalated in frequency, severity and the number of teenagers involved. About half of the victims attended Winchester College, England’s oldest public school, where Smyth appeared to have access to students.

Five of the 13 teenagers interviewed were subjected to beatings for a “short time”, yet, between them, received “12 beatings and about 650 strokes”. Eight others received about 14 000 strokes with two experiencing “some 8 000 strokes over three years”.

The teenagers said they suffered severe bleeding: one boy’s wounds bled for three-and-a-half weeks, another “fainted some time after a severe beating” while a third said he “could feel the blood spattering on my legs”.

A survivor told Channel 4 News: “We used to have to wear nappies.” The investigator reported seeing “bruised and scored buttocks, some two-and-a-half months after the beating”.

According to the report Smyth instituted regular “training” beatings of 75 strokes every three weeks for some boys.

“The custom of semi-nakedness [on the part of the victim] gave way to complete nakedness ‘to increase humility’. For training beatings a man undressed himself, for ‘falls’ he submitted to being undressed by the operator,” the report observed.

The teenagers said the beatings were followed by “embraces”, with the survivor laying on the bed while it is claimed that Smyth “would kneel and pray, linking arms with him and kissing him on the shoulder and back”.

One boy told the investigation that separate from these “embraces”, he had once been kissed on the neck.

Smyth appears to have psychologically manipulated the young men into accepting the beatings as part of a process of repenting for sins through “self-humbling” and punishment. He often read scriptures to validate the beatings.

Pressure was apparently applied on those teenagers in the group who held back. The report described Smyth’s religious group as having “almost become a cult, with a powerful group dynamic”.

“By design or by circumstances, the system seems to have ‘conned’ men into accepting the beatings,” the report admitted. Survivors who spoke to Channel 4 News alleged that he followed them into university, expanding his “ministry” to include students from institutions like Cambridge University.

The trauma led one survivor to attempt suicide: “I locked myself into the toilet and I cut my wrists and I swallowed all of the tablets. And it was a … I felt relieved that, that it was all going to be over,” he told Channel 4 News.

In An Ungodly Crime?, Mark Stibbe, one of Smyth’s alleged victims and a friend of the person who attempted suicide, said he was extremely angry at the injustice and his friend’s state: “It shouldn’t have happened … He was such a great guy … and he [became] like one of TS Eliot’s hollow men*; you know, it’s like my friend is a shell”.

Another survivor contemplated killing himself, getting “as far as writing a suicide note and sitting looking at a bottle of pills” because he could not go on with the beatings and he felt “this was the only way of holiness”.

“All Christian leaders would condemn the practice,” the report concluded, describing it as an “aberration”.

Yet, Smyth was not charged, and, instead, left for Zimbabwe in 1984.

There, he continued to source boys from top-end schools, like Bulawayo’s Christian Brothers College and Prince Edward School in Harare, for camps where the psychological manipulation and abuse allegedly continued. 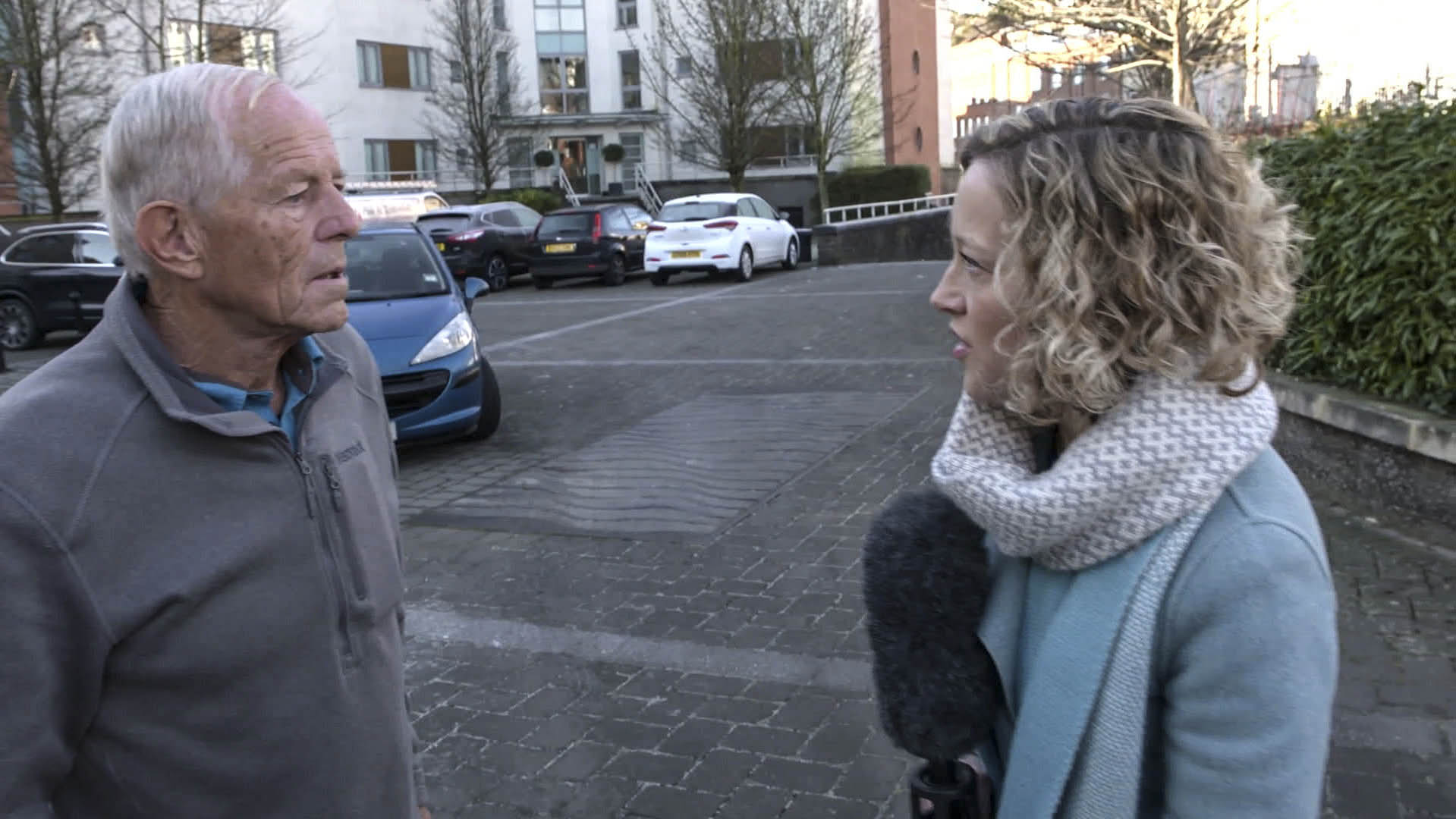 According to the charge sheet in the crimen injuria case, Smyth was alleged to have taken nude showers with the complainants, made them walk naked to the swimming pool at night and talked to them about masturbation; he “told them to be proud of their ‘dicks’ as Jesus Christ had one”. The beatings allegedly continued with a table tennis bat on the boys’ “bare buttocks”. Gubbay’s judgment only discontinued the culpable homicide prosecution. The M&G was unable to establish why the crimen injuria prosecution was also halted. In 2001, Smyth moved to Cape Town and set up Jasa after acting as legal advisor for anti-abortion organisation Doctors for Life in its attempts to get the Constitutional Court to ban abortions. He was admitted as a “friend of the court” in Fourie vs Minister of Home Affairs, and argued against the legalisation of same-sex marriages in South Africa.

‘I am not talking’

Several attempts to contact John Smyth this week proved unsuccessful. But when confronted by Channel 4 reporter Cathy Newman he said he did not know what she was talking about and added that he was “not talking about what we did at all”.

The Iwerne Trust later became part of an organisation called The Titus Trust. It said the board was informed about the matter in 2014, “after which we submitted a serious incident report to the Charity Commission and provided full disclosure to the police”. It described the allegations as “very grave” and said they should have been reported to police in 1981.

Reverend David Fletcher, a vicar in the Church of England who as head of Iwerne decided not to report the abuse to the police, declined to comment to Channel 4.

Winchester College said it “deeply regrets” the survivors’ ordeals. It had not reported the incidents to the police because the survivors’ parents wanted to spare their children further trauma. The college had barred Smyth from its premises and from contacting students after a 1982 inquiry.

The Archbishop of Canterbury, Justin Welby, said that the Church of England had “failed terribly”. He apologised “unequivocally and unreservedly to all survivors.” The statement noted that the Bishop of Ely, Stephen Conway, had informed the Anglican Bishop of Cape Town, Thabo Makgoba, of the allegations against Smyth in 2013. Makgoba’s office had not responded at the time of going to print.

A penny for the Old Guy

I
We are the hollow men
We are the stuffed men
Leaning together
Headpiece filled with straw. Alas!
Our dried voices, when
We whisper together
Are quiet and meaningless
As wind in dry grass
Or rats’ feet over broken glass
In our dry cellar

Those who have crossed
With direct eyes, to death’s other Kingdom
Remember us—if at all—not as lost
Violent souls, but only
As the hollow men
The stuffed men.

II
Eyes I dare not meet in dreams
In death’s dream kingdom
These do not appear:
There, the eyes are
Sunlight on a broken column
There, is a tree swinging
And voices are
In the wind’s singing
More distant and more solemn
Than a fading star.

Let me be no nearer
In death’s dream kingdom
Let me also wear
Such deliberate disguises
Rat’s coat, crowskin, crossed staves
In a field
Behaving as the wind behaves
No nearer—

Not that final meeting
In the twilight kingdom

III
This is the dead land
This is cactus land
Here the stone images
Are raised, here they receive
The supplication of a dead man’s hand
Under the twinkle of a fading star.

Is it like this
In death’s other kingdom
Waking alone
At the hour when we are
Trembling with tenderness
Lips that would kiss
Form prayers to broken stone.

Sightless, unless
The eyes reappear
As the perpetual star
Multifoliate rose
Of death’s twilight kingdom
The hope only
Of empty men.