The last summer of reason 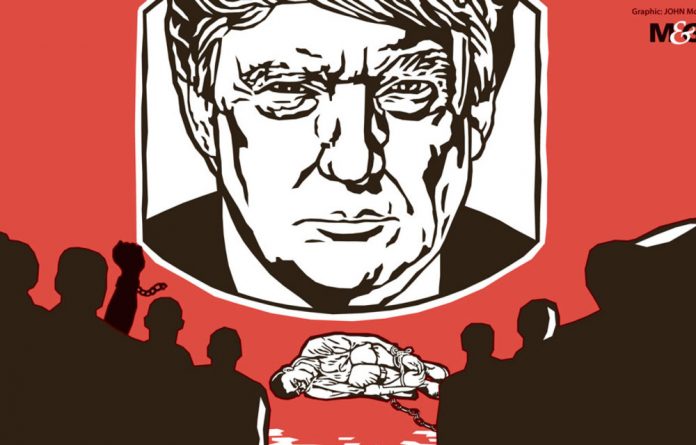 POLITICS
In January 2001, three journalists at the Daily News, an independent newspaper in Harare, were arrested and questioned by the police. A few days later the paper’s print works were bombed.

In June the editor, Geoffrey Nyarota, decided on an inventive response to the escalating repression in Zimbabwe. He began to serialise George Orwell’s 1945 novel Animal Farm in daily instalments.

Orwell had fought fascism with the Partit Obrer d’Unificació Marxista (Poum), an independent communist party, during the Spanish Civil War in the 1930s. His experience of the ruthless opportunism, authoritarianism and propaganda of the Soviet-backed forces in Spain — who, among other things, called the Poum fascists — led him to develop a deep hostility to Stalinism.

Animal Farm is a cutting criticism of Stalinism and, in particular, of how popular, emancipatory projects can be captured and turned into new forms of oppression that mask themselves in the language of political virtue by pretending to be always fighting the old fight.

At the time, Nyarota explained: “Animal Farm is not only relevant but pertinent to Zimbabwe. The animals in the book won independence by working together. But in due course some became drunk with power.”

The series was an electric success and there was a run on the novel in Harare’s bookshops.

Things didn’t go well for the Daily News, or its editor, though. In December the following year, Nyaraota was removed from his post. In September 2003, the paper was banned. For many people the authoritarianism that Zimbabwe was confronting — the cops, spies and party thugs — seemed to be an anachronism, an aberration in which the past refused to surrender to history and vacate the present.

Zimbabwe had won its independence late, and by means of a war that ended in compromise. It was often assumed that these facts were largely responsible for its agonies under a rotten and repressive nationalist party.

But there was a dimension to the gathering crisis in Zimbabwe that is more contemporary: the structural adjustment programme imposed by the World Bank in 1990. Structural adjustment in the guise of austerity as well as the mobilisation of authoritarian nationalism to protect elite interests in a time of economic crisis, are very contemporary phenomena.

Zimbabwe was not the only country in the Global South where, after the end of the Cold War, economic deprivation was exploited to drive authoritarian forms of nationalism. In 1992, Hindu fascists destroyed the Babri Mosque in Ayodhya, in the Indian state of Uttar Pradesh. The mosque, which had stood since 1529, was destroyed by a mob intoxicated with poisonous fervour. This set the stage for the pogroms in Gujarat in 2002, and the ascension of Narendra Modi, backed by mobs on the streets and trolls in cyberspace, to power in 2014.

The crisis in Algeria in the early 1990s is often traced back to October 1988, when thousands of young people, many unemployed, took to the streets in protest against their economic situation, as well as the corruption and authoritarianism of the ruling party, the Front de Libération Nationale, which had won independence from France. The response of the former liberation movement was brutal: in five days, hundreds of young men were killed.

On the first day of the riots, Josie Fanon, Frantz Fanon’s widow, had watched teenage boys set fire to police cars from the balcony of her flat in Algiers. In the days to come, she saw soldiers shooting young men. She put her affairs in order and, in June the following year, she visited her husband’s grave near the Tunisian border. She returned to Algiers and threw herself off the balcony from which she had witnessed the massacre.

Two years later the country descended into a war between the military and the Islamist forces that had come to the fore and won electoral support after the massacre.

In 1993, the novelist Tahar Djaout, a critic of religious authoritarianism, was murdered in Algiers. The manuscript for a novel, The Last Summer of Reason, was found among his papers and published in Paris. It is a dystopian novel, written to illuminate the dangers of the totalitarianism that he knew was coming. It has often been described as “Algeria’s Nineteen Eighty-Four”.

In the decade after Djaout’s assassination, the state brutally suppressed the Islamist forces, which, in turn, waged a campaign of assassinations on academics, journalists, doctors, lawyers, feminists and left-wing activists. More than 100 000 lives were lost.

The hero of Djaout’s last book is Boualem Yekker, a bookseller who finds himself increasingly alienated from a society rapidly reconstituting itself on an authoritarian basis. He mourns “the last summer of reason”, as his country enters “a tunnel whose end could hardly be seen”.

Today, there’s another run on an Orwell novel as another society enters a dark tunnel. This time it’s Nineteen Eighty-Four, first published in 1949,that is selling out in the United States in the wake of the election of Donald Trump and the announcement that there are, now, “alternative facts”. Other dystopian novels, such as Philip K Dick’s The Man in the High Castle, Sinclair Lewis’s It Can’t Happen Here, and Aldous Huxley’s Brave New World, are also selling strongly.

Orwell’s novel largely drew on Stalinism and wartime Britain for its sense of what a future authoritarianism might look like. There are many respects in which its anticipation of the future appears distinctly old-fashioned in the time of Trump, the troll and the presidential tweet. But there is much in the novel — such as the political manipulation of anti-Semitism, perpetual war and, of course, the deliberate perversion of language — that retains a political charge that is all too contemporary.

But what Orwell called “newspeak” is hardly a new phenomenon in the US. The use of the term “collateral damage” to refer to the killing of people who are not military targets, first used in the Vietnam War, gained notoriety during the first Gulf War. It was often referred to as Orwellian.

Straight-up fabrication is also not a new development: recall Colin Powell’s 2003 speech at the United Nations, with its bogus claims about “weapons of mass destruction” and a “sinister nexus with al-Qaeda”.

The fact that a tapestry that reproduced Pablo Picasso’s mural Guernica, painted in 1937 in protest at the fascist bombing and strafing of a Spanish village, was removed from the UN before the speech led many to describe the event as Orwellian.

hat is new is Trump’s extraordinary buffoonery and the crassness with which he assumes that the truth can be made to be what he wants it to be simply because he declares it as such.

In Nineteen Eighty-Four, Winston Smith, the novel’s central character, works in the Ministry of Truth, where he rewrites the archive so that old records accord with new lies. Trump has no interest in constructing an impression of empirical and logical consistency.

The turn to an authoritarian form of nationalism in the US as global capital begins to do to white people there some of what it has long done to other people in much of the rest of the world has been anticipated elsewhere. Trump’s buffoonery also has antecedents in figures such as Italy’s former prime minister and media tycoon Silvio Berlusconi and, in terms of novels, Ngugi wa Thiong’o’s Wizard of the Crow.

But authoritarian responses to economic desperation take very different forms in different contexts. An important indicator of the particular nature of the form of toxic politics that has swept into the White House lies in Robin Kelley’s reminder that, though Trump did speak to economic devastation, “we cannot ignore the fact that the vast majority of white men and a majority of white women, across class lines, voted for a platform and a message of white supremacy”. Kelley adds: “If history is our guide, ‘whitelash’ usually follows periods of expanded racial justice and democratic rights.”

Intellectuals such as Ananya Roy, more attuned than the liberal mainstream to the degree to which Trump’s project is overtly racial, have turned to another book to understand Trumpism: WEB du Bois’s magisterial Black Reconstruction, first published in 1935. It is perhaps most famous for arguing that, by fleeing the plantations, engaging in sabotage and taking up arms against their masters during the American Civil War, African slaves embarked on a general strike that dealt a mortal blow to the institution of slavery.

But Du Bois also argues that after abolition many whites, including poor whites, were unwilling to give up the status that racism gave them as whites. There was, he writes, a “spirit of lawlessness” in this endeavour to reassert racial authority: “White people paid no attention to their own laws. White men became a law unto themselves.” White men asserted themselves as the law, as the police, as reason.

It is this spirit of reasserting racial authority — an authority that cannot survive if it does not extend beyond reason — that meant Trump’s buffoonery, and the crassness of his dishonesty, were no barrier to his election. This is why he does not see brazen dishonesty as a barrier to his authority in office. To take full measure of this dimension of the new form of authoritarianism settling into 1600 Pennsylvania Avenue, and casting its shadow around the world, we need to look beyond Orwell.

Richard Pithouse’s Writing the Decline: On the Struggle for South Africa’s Democracy is published by Jacana

Richard Pithouse
Richard Pithouse teaches politics at Rhodes University, where he lectures on contemporary political theory and urban studies. He writes regularly for journals and newspapers, both print and online, and his commentary is widely read.
Facebook
Twitter
WhatsApp
Linkedin
Email
Telegram

COMMENT: For this gay, white soldier there simply isn’t a good enough challenger to knock him off his perch
Read more
Friday