‘Bluetoothing’: The drug myth that fooled a nation?

Experts have warned that the “bluetoothing” drug fad is not as widespread as media reports have led the public to believe — and warn that those who do try it are risking their lives for a fake high.

As part of bluetoothing, heroin or nyaope users inject themselves with the drug. They then draw blood from themselves and pass the syringe to others who hope to get a high. In East Africa the practice is known as flashblood.

‘Bluetoothing’: Is this drug fad really happening in South Africa?

Connie van Staden is the regional head of advocacy and human rights at Pretoria nonprofit organisation  StepUP, which provides health services to injecting drug users. He says bluetoothing is not widely practised. He added that journalists may have initially misreported a picture of one of StepUP’s clients.

Van Staden spoke to one of the men whose photo appeared in media reports. “He said that it was a picture that somebody took, a journalist, and that story was just made up.”

Van Staden, who conducts outreach visits with drug users, says nyaope , a mixture often containing low-grade heroin, is too cheap to push most users to go to the lengths of bluetoothing.

“What I’ve heard in the streets is that it’s not really happening. The drug is too readily available,” he says.

But he has heard that the practice may be more common in prisons, where the supply of nyaope is limited.

Amid fears that media coverage will prompt people to try bluetoothing, StepUP is increasing efforts to educate Pretoria’s injecting drug users about its dangers.

Not only is bluetoothing dangerous, it also won’t give drug users a high.

Shaun Shelly, head of policy, advocacy and human rights for people who use drugs at the nongovernmental organisation TB/HIV Care Association, says: “There’s not enough heroin in the blood that you are taking from the other person to get you high. Any reaction you are seeing is purely the placebo effect.”

The placebo effect refers to the phenomenon in which some patients feel better after being given a placebo, for example a pill, with no active ingredient in it. Although the effect has been widely documented, researchers continue to study what might explain it.

Bluetoothing can have serious health risks and is highly likely to lead to HIV, syphilis or hepatitis B and C infections among users, says University of Pretoria lecturer and family practitioner Lindiwe Shange.

Shange says bluetoothers are gambling with their lives in search of an elusive high: “It’s false information having a false effect.” 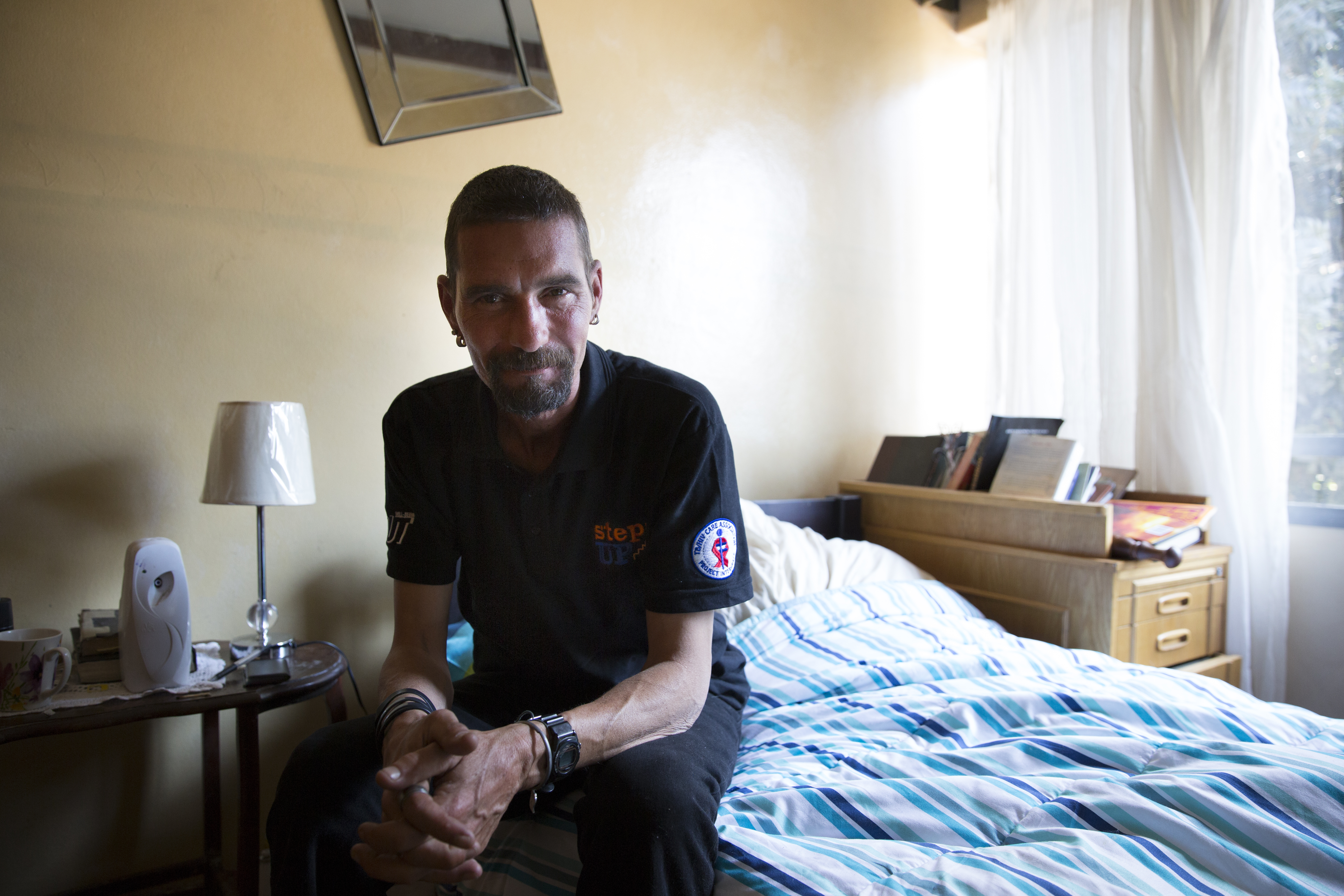 “The paramedics don’t care about us. If we mention that the person has overdosed they won’t come, they won’t help us, especially if you are black.” (Demelza Bush, M&G)

Slice of Life: ‘She made a joke out of my friend’s death’

“Are you sure this ou is dead? Maybe he’s sleeping?”, says a police woman as she kicks him like a dog. She made a joke out of my friend’s death. Mark wanted to live. He had been lying there since one a.m. We called the ambulance at the time and they only arrived at 10 a.m. They refused to take his body until the police came after midday. His body laid there in the CBD, where everybody walked past. He was just 32 years old.

The paramedics don’t care about us. When we call them for help, we have learned it’s best to lie. We don’t mention anything about overdosing and needles, but we place a needle next to the person so they can see what caused the person to fall unconscious. If we mention that the person has overdosed they won’t come, they won’t help us, especially if you are black.

When we see that one of us has overdosed, we try our best to resuscitate him. We see him turn blue, fall into a deep sleep and struggle to breathe, then we know that this ou is in serious trouble. We call the ambulance and we stay with him until they arrive.

Most drug users have a pauper’s burial. On very rare occasions the family buries them. You can lie in a state morgue from anything between three months to three years. Your family doesn’t know that you are dead. You just lie in that morgue as an unknown.

I have lived in the streets for almost 10 years. I have lost many friends. I stopped counting years ago. I can’t even remember some of their names anymore.” – Marko (42), as told to Nelisiwe Msomi

Heroin withdrawals: Could this drug be the answer?

A poison by any other name