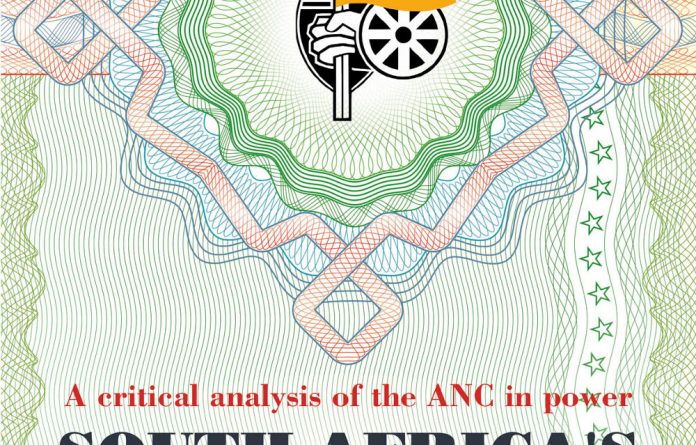 An “alternative” route for South Africa to travel, to move beyond both the ANC and the corporatised framework, is not going to come from the pens and/or mouths of “big men” leaders, political parties, intellectuals, academics, capitalists or corporate-sponsored “scenario-planning” gurus. It is going to come from the endeavours, movements, struggles, victories, defeats and ultimately collective power and will of ordinary people, the demos.

In travelling this route there are no guarantees, no prefigured models of “success” coming from above (like the corporate one). Changed consciousness, lived experience, example and human creativity and will are, and always will be, the most powerful tools of liberatory struggle.

One of the main reasons the ANC chose to embrace a corporatised liberation was precisely because it did not trust its own mass constituency (which constituted the majority of people in South Africa at the time); it did not trust real democracy. Instead, the ANC opted to affirm its own (and complementary elite) power by privileging a particular constellation of institutionalised forms of power and representation.

Although institutional democratic forms are necessary, unless they are linked, and answerable, to direct democratic participation and control by the demos itself, they gradually turn democracy into oligarchy.

In the process, the majority of people are disempowered precisely because the locus of political, economic and social power is (re)located to the party-state-capital nexus.

The “balance of forces”, whether nationally or globally, is not some kind of immutable, immovable object(ive) that simply envelops and thus defines what is and isn’t possible. It is not something that has to be obeyed as if it is a supernatural construction over which human action has little to no impact in the here and now.

The admittedly difficult struggle to change that balance of forces, which in the capitalist world is never in favour of the majority of people, will therefore necessarily have to privilege the people themselves; to privilege their creativity, their realities, their struggles to de-corporatise, to decommodify their existence and thus to gradually move beyond dominant conditions of response and survivalism.

Like real democracy itself, this will be messy, as those who have the most to lose defend their position and power. There will be no certainty as to the “outcomes”.

The struggle to move beyond the ANC and the corporate framework is in effect a -struggle to stop believing that capitalism can be reformed to benefit all, that the national state and nationalist politics are the prime vehicles for systemic change, that the ANC itself can be “saved” and refashioned as “the people’s” champion.

In this respect, and for which there are innumerable signs surfacing both in South Africa and across the globe, those who put their heads in the sand will eventually suffocate -themselves.

Those individuals, collectives and movements that are seeking radical, structural changes in the South African house are, in the here and now, largely in a state of defence to try to stem the negative tide.

They do so not out of choice but to achieve more immediate, if limited (that is, nonstructural), change that does make a political, social and material difference in people’s lives, and to expand the space for, and possibility of, further struggles for systemic change.

This does not mean being stuck in a perpetual cycle of reformism or submitting to a paralytic “pragmatism” flowing from a particular reading and thus approach to an “unfavourable balance of forces”.

Rather, the objective realities that constitute the multiple crises in South Africa are giving rise to a political, social and economic situation that is fluid and thus wide open to change (as is the case, to varying degrees, globally).

But change, particularly radical, structural change, is not an event and does not come about simply because one has a theory of change, a particular ideology or belief system, a ready-made organisational form, the ability to use coercive force or because of declarations, demands and calls.

What we need, according to Henry Giroux, is a willingness to “rethink politics, develop a militant sense of hope, embrace an empowering … solidarity and … think outside of established political orthodoxies”.

Along with healthy doses of humility, a readiness to listen and learn, the courage to confront and to act as well as fearlessly engage in difficult, patient and consistently principled struggle, we can plant seeds that will grow the self-belief in our individual and collective ability to change things, to be part of forging real, bottom-up and interlinked alternatives; to be part of a new revolution.

In doing so, we just might be surprised at what we can do to and for the house that is South Africa and, who knows, maybe even for the world.