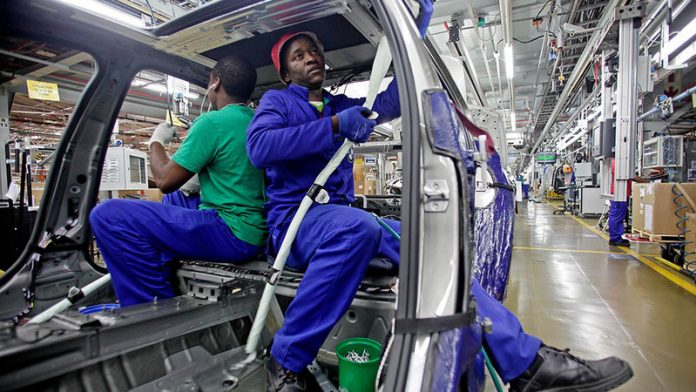 There are about 300 electric cars whooshing along South Africa’s roads. By 2050, there should be three million. The only thing standing in the way of this is the tangled mess of legislation that applies to anything that moves but doesn’t burn petrol or diesel.

Government knows this, and the trade and industry department has drawn up a solution to fix the problem: the Strategy for Policy Direction Promoting Green Transport Technologies in South Africa. Better known as the green transport strategy, this gives a step-by-step path for the country to follow to get to its target of three million electric vehicles.

First up is acknowledging there is a problem. South Africa’s 11-million cars fill up at 5 000 petrol stations. Importing cars and fuel costs South Africa more than R200-billion a year.

Cars are also responsible for 10% of the country’s carbon emissions and the majority of toxic pollutants released in densely packed cities. These gases contribute to the 20 000 deaths linked to air pollution each year and they warm the world.

The solution — electric cars powered by the wind and sun — has not taken off. The 200 BMW and 100 Nissan Leaf electric vehicles in the country have only 40 stations at which to charge.

This, the trade department says, is because there is no coherent plan by government for the sector. Instead, eight departments and utilities are doing their own thing, resulting in “misalignment” and “policy fragmentation”.

South Africa’s submission to the Paris Agreement on climate change says the country will have more than 2.9-million electric cars on the road by 2050, with R6.5-trillion invested in the industry over the next four decades. Those two numbers form the basis of the green transport strategy.

It says going electric will create a huge local industry. Instead of importing fossil fuels, power for cars will come from solar panels and wind turbines. That will, in turn, mean more renewable manufacturing and jobs. The power will be stored in batteries of platinum, a resource that South Africa has in more quantity than any other country. That will create a mining and manufacturing industry, which will then supply more factories that will build electric vehicles.

On paper, the strategy is straightforward. Getting there requires working through the unintended consequences of other policies. They range from electric vehicles being slapped with a luxury tax (because so few are sold, they remain expensive) to tax credits for local vehicle manufacturing favouring companies that make more than 50 000 cars (an impossible goal for current electric manufacturing).

These exceptions aside, the green transport strategy says most legislation actively thwarts the electric vehicle industry’s growth. Put politely: “The current policy framework is not conducive towards the uptake of green road transport technologies.”

Hence the strategy recommends that an interministerial committee be put together to cut across the departmental silo effect.

With government no longer tripping over itself, the only real obstacle then is consumer perception that electric vehicles are not practical. In a country with only 40 charging stations, and electricity produced by polluting coal-fired power stations, this is a real concern, according to the strategy.

It’s a “chicken and egg” problem: not enough vehicles are sold to decrease their price. With few consumers, nobody is willing to invest in charging stations.

That’s where the R6.5-trillion in investment comes in. Taken from places such as the environment department’s green fund, this will go into improving battery technology so vehicles can go further on a single charge and make building electric-vehicle infrastructure more lucrative for the private sector. Eighteen projects have already been rolled out, dedicated to working out the practicalities of electric vehicles. Another 12 are working on other green transport technologies, such as retrofitting minibus taxis so they also run on natural gas.

If government gets out of its own way, South Africans should be silently moving about in cars that do not harm their health or that of the planet.