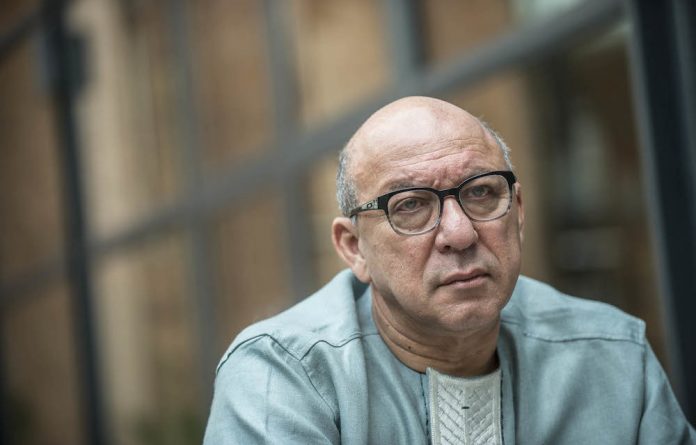 Ahmed Kathrada was the glue that held various generations of the Congress movement together, says former finance minister Trevor Manuel. “He was the youngest of the Rivonia trialists imprisoned on Robben Island, and that gave him both access and a very particular role,” recalls Manuel of the man he calls Uncle Kathy.

“He viewed Walter Sisulu as a father and Madiba as a brother.

“So, he’s the youngest of the Rivonia trialists (on the Island), but at the same time, in personality, he’s so incredibly self-effacing, always with that dry, cutting humour.”

An example? “He tells of a day in 1989, when the warder says to him: ‘I received a fax today that you are to move to Leeuwkop Prison.’ Uncle Kathy replies: ‘What is a fax?’ It’s that kind of self-deprecating humour,” Manuel says.

When Manuel was detained in solitary confinement in Pollsmoor Prison, Cape Town, in 1985, Security Branch policemen were brought down from Pretoria.

“And they were talking of charging me with treason or sedition. It’s quite a scary thing — you don’t have lawyers or family.

“So, one morning I’m standing in the cell and there’s this older gentleman who comes to the grille and says: ‘It’s Ahmed Kathrada.’ And then he says: ‘You must be strong.’ And then he disappears.

“Then a warder brings an envelope with a card. The group that was there — Uncle Walter [Sisulu], [Andrew] Mlangeni and [Elias] Motsoaledi and in Uncle Kathy’s [hand]; it’s a small hand, is a poem, Say not the struggle naught availeth.”

Manuel says this created a very strong bond between the two and a deep affection.

“And, of course, later that bond found resonance even though I was in Cape Town and he was in Johannesburg, and then he came to Parliament.”

The former Cabinet minister says Kathrada’s humility was exemplified in the letter he wrote calling for President Jacob Zuma’s resignation last March. “It’s that self-effacing Kathy, who says: ‘I’m just an ordinary member of my branch. I am writing not because I was a Rivonia trialist [and] I hung out with Walter and Madiba.’

“Then you begin to understand the depth of the values that underpin Uncle Kathy,” he says.

“I’m saying that Uncle Kathy’s values have always defined him. Because of the strength of his values there’s always persuasiveness. Take the case of his commitment to nonracialism. It’s the core body of work that the Ahmed Kathrada Foundation does.”

Manuel says Kathrada’s life story shows how today’s political environment has become more polarised than it was perhaps 50 years ago. “He has a very interesting story, which shows how life has moved,” he explains.

“When the ANC underground needed to fly people out, they used to get activists out on El Al [Israel’s national carrier] because there was a socialist streak among Israelis. All of that’s been destroyed now by this horrible streak of nationalism — that endeavour, and the ability, to transcend race, the ability to transcend religious divisions. What has happened is that the Trumps of this world are setting the pace and we’re all being sucked into that. But Uncle Kathy stands like a beacon because his beliefs are strong, he’s unshaken.”

Manuel recounts that it was on a visit to Robben Island with Kathrada when he witnessed former British prime minster Gordon Brown, who was at that time chancellor of the exchequer, weep.

“We took Michael Spence, who won the Nobel prize for economics, to the Island once with Uncle Kathy. And Michael on the boat back spoke to his wife in Milan and was weeping about the experience,” Manuel says.

“The weeping is not in reaction to someone talking of the hardships undergone. The thing that strikes people is this: Here he is, Ahmed Kathrada, who has experienced this hardship.”

Manual adds: “And it’s so sad that we’ve lost and have not lived out those words of Madiba: ‘Never, never and never again.’ ”

When I met Ahmed … Friends tell their charming stories