What happens to democracy if Zuma’s dictatorial use of the power is not overcome? 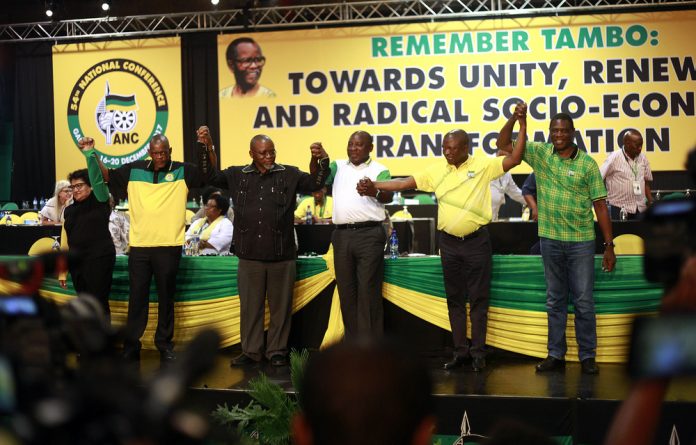 In the mid-1990s, in the immediate sunny afterglow of the 1994 “rainbow” elections, it was not politically correct to mention the C-word. For understandable historical reasons, one had to tread very lightly when raising any concern about corruption, lest one fall into the trap of appearing to imply that a democratically elected “black” government was in any way prone to join that club of postcolonial governments in Africa that had succumbed to graft and extreme abuse of power.

There was a good deal of self-censorship about the subject, something that at least some members of the ANC leadership have come to regret. Only a small number, the late Kader Asmal most prominent among them, were willing to anticipate how power might serve to corrupt.

As Asmal himself liked to put it, when he established the register of members’ interests in Parliament, “10% of us are wholly good, 10% wholly bad, and the other 80% are merely opportunists”.

Now, the C-word is thrown around with wild abandon. There is widespread acknowledgement that the practice of corruption and the culture of impunity did not end with apartheid. Insidiously, it has infiltrated the nooks and crannies of both the government and the ruling party.

At last week’s extraordinary funeral and memorial for Ahmed Kathrada, speaker after speaker lamented the ethical crisis that has engulfed an erstwhile proud liberation movement. Their honesty was as profound as it was moving — and perhaps for them, and for large parts of society, cathartic.

It all looked like a convention of the ANC’s remaining good guys — the progressive constitutionalists within the broader movement, issuing a powerful rallying cry for change and a call to action to bring an end to the toxic, divisive, contaminating Zuma years. That may be wishful thinking. It could in fact be the last cry for help — the final lament — of a declining political force in the ANC.

Which brings us to the contemporary equivalent of the C-word that we didn’t want to say in the 1990s. Today’s equivalent is the D-word: dictatorship. There, it is said. And one must prepare for all the brickbats that will be thrown.

Last year, in these pages, academic Vishwas Satgar coined the compelling phrase “authoritarian populism” to characterise Jacob Zuma’s rule. Since then, despite Pravin Gordhan’s best efforts to preserve the integrity of the treasury against the rent-seeking greed of the patronage network feeding off of Zuma’s power, things have become a lot worse. Zuma has now replaced Gordhan with loyalist Malusi Gigaba.

The urgent needs of this patronage network and its most powerful players, the Guptas, have propelled Zuma to “dastardly deeds done in dark corners”, to quote Kathrada’s widow, former ANC MP and minister Barbara Hogan.

The way Zuma announced his Cabinet reshuffle decision — late at night, without a public explanation or speaking to the ministers who were summarily dismissed — was not the conduct of a democratic government or its leader.

Rather, it bore many of the unmistakable hallmarks of a dictator who will brook no opposition, who has lost sight of his political origins and who has become captured by forces that may lie beyond the reach of the Constitution.

So, in our assessment of the balance of forces that now exists, how much power does the campaign of resistance to Zuma and to state capture have?

What is striking about it is that it is nonideological in character. As two senior members of the ANC, one of them a Cabinet minister, described to me recently: “This is not about ideology or even politics; it is about the struggle between the corrupt and the noncorrupt.”

Second, it is multisectoral: there are big players from the labour unions, from the religious communities, from business, and from progressive nongovernmental organisations and social movements. As such, it evokes the spirit of the United Democratic Front.

It is led by, and is now vigorously and publicly supported by, significant players in the ANC: people such as Sipho Pityana, whose ANC and progressive credentials are beyond rebuke; the ANC’s integrity committee, which is chaired by veteran Robben Islander Andrew Mlangeni; three of the top six leaders (Cyril Ramaphosa, Gwede Mantashe and Zweli Mkhize); the ANC stalwarts, with people of unquestioned integrity such as Wally Serote and Murphy Morobe speaking out with the gravitas and sagacity that comes not just from age but from their experience of harder, darker times in South Africa’s and the ANC’s history, when the challenges were external and not self-inflicted.

In short, Zuma and his faction are isolated. But this is apparently not enough to remove him.

So what does it mean for South Africa’s democracy if, despite this isolation, Zuma survives?

What if he, his family and his sponsors continue to loot and plunder the state, all under the deviously though effectively manicured Bell Pottinger-inspired spin-doctory of the slogan of the nationalist populist authoritarians — “radical economic transformation” (with its ugly twin sister, the attack on “white monopoly capital”)?

What does it mean if three high-office bearers of the ANC can’t move against Zuma because they are outnumbered in the crucial decision-making parts of the organisation, the national executive committee and its subcommittee, the national working committee?

By staying in position — whether in the top six or in the Cabinet — they run the extreme risk of contaminating their place in history and undermining their authority forever. Yet I understand why they stay: they believe that they can constrain Zuma’s most dangerous excesses.

Zuma stays. And, given the stakes and given the interests he has to preserve — avoiding prosecution, securing the deals, nuclear and other, that will sustain his family and benefactors forever — he may well be intending to stay a lot longer than we have assumed.

This, then, is the failure of politics. It presents an acute challenge to the constitutional order, which is built on the idea that the political actors will add rationally and with fidelity to the spirit as well as the letter of the founding document.

And this is my ultimate fear: that we are simply too close to the events to see what is unfolding. That we cling to reason and our belief in the intrinsic goodness of the good guys and the organisational ethics and culture of an organisation that is no more, whose best years are behind it — and that, therefore, we cannot fathom what is coming to pass.

In my recent book, Make or Break, I posed six questions that I argued would be answered in the three years leading up to 2019, and that would set the course for South Africa’s next three decades.

The most important of the six questions has now been answered: Will Gordhan survive and succeed? He has gone, and so Ramaphosa is left almost alone in government to try to hold the line.

If there was any prospect of the no-confidence vote succeeding in Parliament, that strategy would make sense.

But this ANC is unable to summon the collective will to overcome Zuma’s dictatorial use of the power he has. He defies the grand traditions of the ANC and its culture of collective leadership and consultation.

He uses his loyal lieutenants, for whom he is the only game in town, to shout down the constitutionalists.

The ANC caucus will not save us. The Democratic Alliance knows this, and that is why they tabled the no-confidence motion.

They no more want Zuma to go than the most ardent Zuma nationalists. After all, he has become their greatest electoral asset. And the ANC, in turn, sleepwalks towards electoral decline.

Unless the constitutionalists can raise their game and find a route to power for Ramaphosa through the ANC’s opaque internal electoral system between now and its national conference in December, three things will happen.

First, on the back of downgrades by the ratings agencies, South Africa could enter a Brazil-style tailspin in which economic and political crises overlap.

Second, Zuma or a limp but dangerous proxy will stay and continue the Zuma project of state capture.

Third, the ANC will lose its majority in the 2019 national election.

As Jeremy Cronin predicted some years ago, the ANC will enter a period of “Zanufication”.

Bitterly and deeply divided, from top to bottom, as it is, it is likely to split and herald a major realignment of political parties.

Richard Calland’s latest book, Make or Break: How the Next Three Years Will Shape South Africa’s Next Thirty, is published by Penguin Random House