Time for a change at universities 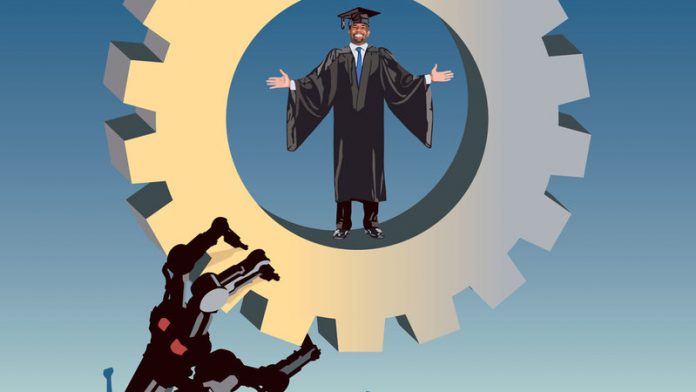 In the face of debilitating funding cuts and new waves of student activism, the role of universities in addressing the critical challenges facing the world, such as increasing socioeconomic inequality, is being scrutinised.

Higher education around the world is in an epoch of rapid change and, besides the cuts in funding, there is a clamour for relevance and higher rankings, for greater articulation of various socioeconomic projects and the need to track major labour market transformations.

Student activism seems to be heading for another 1960-1970s period. Inequality is increasing in most societies and, as the economist Thomas Piketty has repeatedly explained, social investment in higher education is a key driver for building more equal societies. This has been behind higher levels of massification in most societies and the rush for qualifications continues, but demand by far outstrips supply.

There can be a no more exciting project than the re-creation of the university as a social institution that addresses new realities and contexts and is simultaneously responsive to local and global issues, with social justice at its centre. This agenda should be direct and unambiguous, with strong local connections while at the same time keeping in mind the need for a people-sensitive approach to rapid globalisation.

As hackneyed as the use of the word “transformation” may be, it represents an opportunity to consider the changes that must be wrought at universities if they are to be relevant as we head into the next four or five decades.

Universities are often designed for archetypal students who have roots in a particular class or group and who have attended and graduated from high schools that prepare them for university study.

But if the majority of students come from largely dysfunctional schools that fail to prepare them for this and their home environment is not supportive, then there is a need to question whether the nature of the curriculum meshes sufficiently with their knowledge when they are thrust into university learning.

No discussion about epistemic access and curriculum transformation can avoid the supposition that the development of the curriculum is to support societies’ dominant sociopolitical structures.

Where societies are largely uniform, the curriculum is usually constructed around the dominant cultural forms. On the other hand, where social and cultural diversity are embedded in political and economic superstructures that treat others as inferior or unequal, the issue of epistemic access has to be taken seriously. This happens regularly in societies with colonial pasts or in societies with deeply embedded inequalities.

One powerful example of this is South Africa where, as access to higher education began to open up for young black men and women, students who were perceived to be underprepared were directed to special units set up to address what were viewed as gaps in their preparation for higher education.

At that time, little thought was given to trying to understand how to address the needs of these students by transforming the curriculum. This has changed to some extent, but much work remains to be done.

This line of thinking may be taken further. In most complex societies, multiple knowledge systems coexist and interact with each other. Where “decolonising” is taking place, knowledge is embedded in value systems, and some are seen as superior and others as inferior.

In such societies, people coexist in these multiple knowledge systems and slip from one to another seamlessly, depending on the context. Students occupy mental spaces shaped by a number of knowledge systems.

When one or more of these is deliberately and systematically excluded from the way in which curriculums are shaped, there will be hindrances to learning and perceptions of the systematic undermining of “inferior” knowledge, thereby limiting epistemic access. Although this may not happen deliberately, it is a powerful form of exclusion.

Alongside this is the issue of language. The dominance of English and other European languages in academia persists in many developing nations, and for many university students these are second or even third languages.

In 20 years’ time, the world of work will be significantly different. Machines will probably replace the world of human endeavour involving sophisticated repetitive work, perhaps even involving elements of the medical profession.

As a way of managing this in terms of higher education planning, current study programmes should be redesigned to prioritise the creation of lifelong learners, for example, with high-level generic skills in academic literacy, vertically compounded complexity in mathematical numeracy and skills in big data and analytics.

In the longer term, the trends in the transformation of local and global labour markets over the next 10 to 20 years must be engaged seriously.

First, there is a need for studies that look at the future of work to be done and to assess the way in which these may affect the university curriculum.

Second, most study programmes leading to qualifications are generally structured in consonance with traditional academic departmental and faculty structures. Increasingly, however, there are professions and intellectual pursuits that clearly cut across these traditional structures.

The critical question is what kind of academic system or structure would best support this kind of cross-cutting education. How much fluidity in structure can universities endure to facilitate the creation of new work fields at the intersection of knowledge domains?

Perhaps most profound might be the need to revisit the relationship between institutions of higher learning and places of work. Our students have reminded us that higher education is central to solving the challenges we face, and transforming the curriculum lies at the heart of this project.

If higher education is to be understood as a key social instrument to build socially just societies, it is important to explore active steps as a way to instigate appropriate transformation of the curriculum. These include holding regular national commissions or summits to allow societies in all their complexity to strike up social compacts on the role of higher education in building more equal and secure societies.

Another important step is to build the capacity to perform institutional research, create longitudinal databases and perform high-level analytics to help universities understand, for example, just who their students are, what they bring with them to the university, what they do not bring, what they are reading, what their socioeconomic conditions are and whether they are food-secure, so that they can redesign their support for student success.

Linked to this is the critical understanding of whether the curriculum connects with the knowledge systems in which the students have grown up, and to design ways for them to mesh sufficiently.

Other steps include closer ties between universities and employers, establishing business units on campus to promote entrepreneurialism, adopting an integrated information technology strategy and bringing community-based learning into the curriculum.

A need to review

The 21st century is seeing a rapid acceleration of the infusion of new technologies into production processes, everyday life and quality-of- life projects. At the same time, there is growing global and local complexity in the fabric of societies, so much so that hard-won systems of social organisation and cohesion are under threat of breakdown.

Therefore, there is a need to review the nature of our curriculums and whether they connect with what is likely to be the world of work in 2035. There is also the potential emergence of new professional careers, some linked to the technological developments mentioned above and others related to new conceptual frameworks for the burgeoning penetration of human-technology interfaces in society.

A national exercise is needed to take account of the impact of this change. Higher education should be a central player in such exercises.

There are enormous and profound changes taking place all over the world. Some of these are local and others global, but most are interwoven. Higher education and its local and global organisation are ideally placed to play a critical role in addressing these challenges and to develop young people as global and local citizens.

Ahmed Bawa is chief executive officer of Universities South Africa. This is an edited version of his contribution to the Global University Network for Innovation’s Sixth Higher Education in the World Report. This article first appeared in the University World News (Africa Edition), issue 193, on March 24