Drive to save Tunisia’s only queer shelter from closure 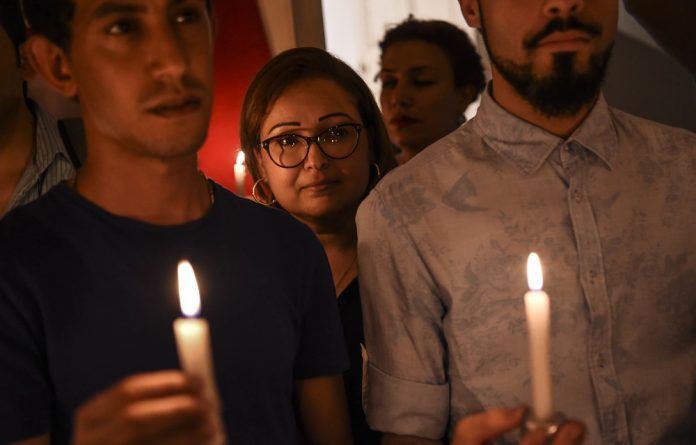 For two-and-a-half years, Amina Sboui has been renting a five-bedroomed house in Tunisia to serve as a shelter for the country’s homeless queer people.

“After hosting a friend who had been kicked out by his mother because he’s gay, I met some of his friends who were in the same situation. I couldn’t just let them be in this situation — or just pray for them. I felt kind of responsible,” says the feminist author and queer rights activist.

Amal is a transgender woman who has had to make the shelter her home after being rejected by her family.

“My parents couldn’t accept that I am transgender. My father told me that, if I want to live in his house, I must become a man again.

“He said he would not let me infect my younger brothers with my femininity,” says Amal, who chose not use her real name.

Nine months after moving into the shelter, Amal says: “I feel really comfortable here. I can be who I am. Nobody judges me in this house.”

With little in the way of outside funding, the judgment-free space Amal and other lesbian, gay, ­bisexual and transgender (LGBT) ­people enjoy in the notoriously homophobic country is facing ­possible closure.

In the hopes of not having to close its doors, Sboui has initiated a crowdfunding campaign to raise the funds necessary to keep this service going.

Mounir Baatour is the president of queer rights organisation Shams Tunisia, which provides some assistance to the shelter.

“Neither government nor organisations provide such a service,” says Baatour, who is also the head of the Liberal Party, the only political party in Tunisia lobbying for a repeal of the country’s Article 230 of the Penal Code of 1913, which punishes homosexuality with up to three years’ imprisonment.

Baatour adds that, because many who are rejected by their families are young and without any financial support, they are often forced to resort to prostitution.

According to Amal, the shelter has, for some, assisted in preventing this near-inevitability.

“I referred four people who had no place to go to Amina. Being here really helped them. They have found solutions and now have their own apartments,” she says.

Concrete results such as these are what have kept Sboui determined to continue providing the service, despite facing financial crisis as well as community disapproval.

“There was a series of attacks against the house by some in the village community. Some of the local inhabitants also signed a petition urging the village mayor to expel Amina and the LGBT people she is housing,” says Baatour.

A 2016 survey conducted by Elka Consulting found that 64.5% of Tunisians believe that homosexuality should be punished by law.

“This house is in my name. It’s safe and when police officers ask me who I live with, I always say friends,” Sboui says, defiantly.

Amal makes the need for Sboui’s continuing work of providing her “friends” with a safe space clear when she says:

“This is more than just a house. It’s a home; a family; a shelter. It’s our only hope in life.”