Government action on femicide goes wrong from the bottom up 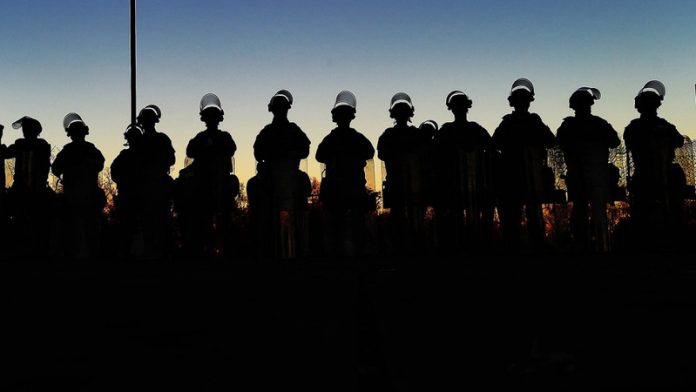 South Africa has the highest rate of women murdered by their partners in the world, according a 2015 policy brief by the Cape Town based Alan J Flisher Centre for Public Mental Health. Half of all murders of women are carried out by their partners.

This should come as no surprise, as the South African Medical Research Council released a shocker of a statistic back in 2004: every six hours, a woman is killed by her partner in this country, a crime they define as intimate femicide. Their 2012 follow-up study on intimate femicide reflected a decrease, which is in line with the general decrease in the crime and murder rates. A woman still dies every eight hours at the hands of her partner (which can be a (ex) husband or (ex) boyfriend).

A Stats SA health survey published last week provides little hope for improvement: their study reveals that 21 percent of women over 18 in South Africa – or one in five women – have experienced violence by their partner.

For 17% of young women, between 18 and 24 years old, partner violence is something they experienced in the previous 12 months.

These studies confirm that black African women from rural areas, in lower income families, are at the greatest risk of falling victim to intimate partner violence. The most dangerous moment for a woman trapped in a violent relationship is when she leaves the partner.

Pairing South Africa’s sky-high femicide figures with the country’s ignoble reputation as the rape capital of the world raises the question about government’s response to this national crisis.

In 1998, the Domestic Violence Act came into being. It not only recognises physical violence as a form of domestic violence; psychological, emotional and verbal abuse are also included. The act creates a protection tool for victims of abuse: the protection order, granted by a judge. If the abuser violates the order, the police are obliged to immediately arrest that person.

Additionally, the government has tabled the Women Empowerment and Gender Equality Bill, established the National Council Against Gender Based Violence (NCAGBV) and opened so-called Thuthuzela Care Centres, led by the NPA’s Sexual Offences and Community Affairs Unit (Soca), to provide help and services to women and children who have experienced sexual or other violence.

This sounds promising, but what is the reality on the ground?

In 2012, the SA Medical Research Council was damning in its assessment of the police’s investigation of intimate partner deaths: “We found no evidence of improvement in police investigation of cases. (…) There is a continuing lack of awareness of gender based motivations for the murder of women among police, and failure to prioritise these cases.

“Evidence of poor investigation of cases is further shown in the decline in conviction rates in non-intimate homicide cases. Efforts to improve case investigation over the last decade have clearly been inadequate.”

The SAPS claims in its Annual Report 2015/2016 that: “The providing of support to the victims of crime is crucial not only from a service delivery point of view, but also to ensure that victims are able to assist the police during the investigation process. All 1 140 police stations around the country are rendering a victim friendly service to victims of rape, sexual offences, domestic violence and abuse”.

However, AfricaCheck in its Factsheet on assault and sexual crime statistics referred to a study carried out by the Civilian Secretariat for Police. “(They) found that between October 2013 and March 2014, only 1.4% of police stations inspected (two out of 145) were fully compliant with the Domestic Violence Act.”

A complicating factor in measuring the criminal justice system’s effectiveness in combating domestic violence, is that the crime is not registered separately. “The police do not release the details about the number of assaults that involve intimate partners although they are required by law to record cases of domestic violence in a register at police stations and have victim friendly rooms available,” AfricaCheck writes.

This has a knock-on effect, as the NPA and the court also can’t produce statistics on prosecution and conviction rates, as it is not disaggregated from assault or attempted murder. Sexual violence, by comparison is registered in identifiable crime categories and the reporting and conviction rate has been depressingly low for years.

If a man has the temerity to shoot a woman inside a police station, in front of law enforcement officers, then the country has an even bigger GBV problem than it thinks.
Read more
Coronavirus

The coronavirus lockdown has added new dimensions to a decades-long struggle for electricity in the far west of Soweto, where residents have challenged the situation fiercely in recent weeks
Read more
National

Backlogs, booze, testicular cancer — all factors blamed for the apparent ineptitude or unwillingness to tackle a pandemic that is silently killing women all over the country.
Read more
Editorial

Viwe Dalingozi’s story, like many others, is painful to read and write about. But in court it simply drags on like any other case. As we have written so many times, this cannot be the status quo.
Read more
National

Forty-three people were shot dead in the first six months of this year in the Western Cape’s intractable taxi violence, while close to 100 have been arrested and 40 are on court rolls in connection with the conflict
Read more
Advertising
Continue to the category
Politics