Fill ’er up with manganese 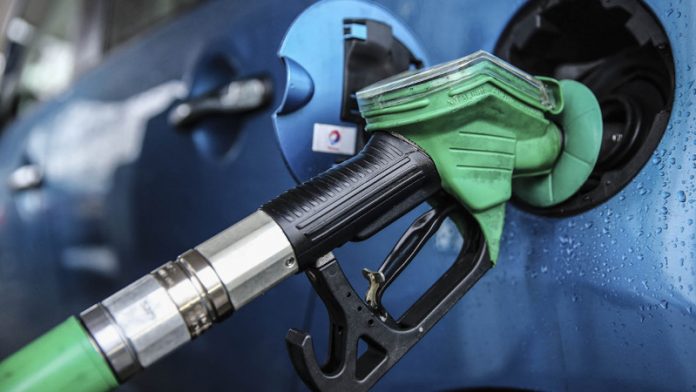 Motorists, be warned: the “unleaded” fuel you are putting in your vehicle could soon contain metal. Regulations to the Petroleum Act released on June 23 have changed the definition of unleaded petrol to allow the inclusion of manganese, a metal that causes damage to vehicles, health and the atmosphere.

In 2006, a “metal-free” grade of petrol was introduced by law. Since then, the vast majority of motorists have been using unleaded petrol (ULP). Some experts estimate that more than 90% of petrol used is unleaded — and for good reason.

But last week the department of energy released an amendment to the Petroleum Products Specifications and Standards of 2006 that has removed the words “metal free” from the description of unleaded petrol. It has been replaced with the following: “Unleaded petrol or ‘ULP’ means petrol that does not contain metal-based additives, but may contain manganese …”

This means ULP can now legally contain manganese, which is a metal. The consequence: a new fuel that can damage vehicles and harm people’s health and the atmosphere.

“In a metal-free fuel, everything burns to carbon dioxide,” said an industry expert, who asked not to be named. “In a metal-containing fuel, all the metals get oxidised to the oxides of these metals. These oxides are very fine particles, which form deposits, whereas metal-free fuel doesn’t produce these deposits.”

Over time, these deposits will clog up catalytic converters in vehicle exhausts, causing expensive damage. Metal-containing fuel also releases harmful waste into the atmosphere, which has been linked to health risks, including the lowering of cognitive functioning for those exposed to high doses.

The new regulations fly in the face of international trends, which clearly espouse the use of metal-free fuel. The Worldwide Fuel Charter states clearly that manganese increases carbon emissions by adversely affecting the operation of vehicle emissions control systems. Several studies reviewed by the Co-ordinating Research Council in the United States in September found that vehicles using petrol-containing manganese “have substantially higher emissions and higher rates of failure”.

When the department issued the draft amendments in June last year, the National Association of Automobile Manufacturers of South Africa (Naamsa) strongly opposed the introduction of manganese to unleaded petrol. It is understood that the Japan Automobile Manu­facturers’ Association, the European Auto­mobile Manufacturers’ Assoc­iation and several environmental organisations also made submissions to the department opposing the move.

But the department has pushed on regardless. It had not responded to questions on these actions at the time of going to print.

“The reason for introducing the new grade of metal-containing petrol when we already have lead replacement petrol is unclear, especially as global trends are to move to metal-free fuels,” said John Ferraz, the director of the law firm ENSafrica’s project development and project finance department. “It should, however, be noted that the regulations still envisage that metal-free unleaded petrol remains.”

But will the background colour of a label be enough to alert the public to the difference?

“Whilst I think that is a necessary first step, it is unlikely to be sufficient to educate the South African public. I suspect that the government would have to run a broad information dissemination campaign,” Ferraz said.

It might seem that manganese-containing ULP will be the same as normal lead-replacement petrol (LRP), which has always included manganese. But there are key differences.

“Whilst metal-containing unleaded petrol is envisaged to contain some manganese, this may not exceed 18mg per litre. Lead replacement petrol may contain up to 36mg,” Ferraz said. “The lead-replacement petrol also contains other metals such as potassium and traces of lead, whilst the metal-containing unleaded petrol there are no other metals save for manganese and traces of lead.”

In short, manganese-containing ULP is “purer” than LRP, but not as pure as metal-free ULP.

Some people have said that the inclusion of manganese in ULP is to prop up the local manganese-production industry. But, according to experts, the amount of manganese used in the petrol is very small.

“This story that the use of manganese in petrol will support the South African mining industry just doesn’t fly,” said Stuart Rayner, the chairperson of the fuels and emissions working group of Naamsa. “Even if all petrol in South Africa was dosed the amount of manganese you’re talking about, it is roughly two trucks in a year. It’s a minute amount.”

It appears that Afton Chemicals, a global chemicals magnate, has the most to gain from the inclusion of manganese in local fuel. The company uses manganese to produce MMT (methylcyclopentadienyl manganese tricarbonyl), which is added to petrol to achieve stipulated octane levels. Most petrol in South Africa has octane levels of 93 or 95.

“Adding lead compounds to petrol, through MMT, was traditionally the most cost-effective way of boosting its octane rating,” according to Naamsa.

“In normal refineries, it’s expensive to make octane. MMT is a cheap way of doing it. That’s why it has been used in the past,” said the same industry expert.

MMT has been banned in several countries, including the US, where Afton is headquartered.

Afton said its MMT poses no risk to South Africans.

“Afton Chemical has provided scientific and technical information to the relevant authorities in South Africa via the formal channels … including extensive public consultation by the department of energy.”

The company referred to the European Union risk assessment of manganese, which it described as “the most comprehensive and thorough study ever conducted on manganese additive use”. The study, which was reviewed by a team of independent scientists, “demonstrated that Afton’s manganese-based additive is safe for human health and the environment, and is compatible with modern vehicles”.

Stakeholders in the industry are concerned that the local regulatory changes will result in MMT being added to unleaded fuel and not be declared.

“The problem is that you’ll get a lot of traders that will import poor octane quality fuel and then add MMT to their benefit, because they can make a killing that way,” the expert said.

Manganese and MMT are only part of the story. The new regulations are delaying the implementation date of the Clean Fuels II (CF2) programme, which will reduce the amount of sulphur in fuel until “a date determined by the minister”. This would align South African refineries closely with European fuel standards and provide more ecofriendly fuel.

“Upgrading the refineries to meet CF2 specifications will cost the country millions if not billions of dollars. It will cost an awful lot of money, and reintroducing manganese to unleaded fuel will completely negate its benefits,” he said.

But Afton had a different view. “Manganese-based additives support the goal [of CF2] by helping refiners to increase octane, while saving energy and reducing toxic emissions,” it said.