‘What turned these apartheid police into killers?” asks author Achmat Dangor. He is in his lounge in the Johannesburg suburb of Parkview discussing the inner worlds of the complex characters that populate his novel, Bitter Fruit.

“They weren’t born inhuman. Is it their culture, is it their upbringing? Is it things that are planted in them by their surroundings, by their family, by their culture? That’s what creates human beings.

“Bitter Fruit, because of its context, was the one where, perhaps, I took this beyond what people would expect … the personalisation, turning into personification.”

First published in 2001 and shortlisted for the Man Booker Prize in 2004, Dangor’s Bitter Fruit was re-published by Picador Africa earlier this year.

“I think it was appropriate to [re]publish it because there are issues in the book that we are still dealing with today,” says Dangor.

“Ahmed Timol’s killing is only being truly investigated now, after all these years. Apart from people who suffered like that there must also be families and communities who need an understanding of what happened so they can come to terms with it,” he says. “Ahmed Timol’s mother gave evidence at the TRC [the Truth and Reconciliation Commission] but there was no follow-up investigation.”

The TRC is a significant pivot in Dangor’s Bitter Fruit, set as it is at the tail end of Nelson Mandela’s presidency. Its unfinished business and its lack of capacity preoccupy the professional and personal lives of several key characters. At a party to celebrate the 50th birthday of Silas, a spin doctor in the safety and security ministry, guests throw pithy darts at the TRC process, with the report having just been released.

“After all this time, we’ve got a big fat report but we’re still no closer to the truth,” says one guest. “That’s because we always put our faith in priests. They don’t have it in them to hold these apartheid thugs accountable!”

Having known people close to the process, Dangor is even-handed in his criticism of the commission, noting how the commission was hamstrung by not having its own investigators and very little time. “I think at some point the government just decided, ‘Look, it is time to move on, beyond just dealing with the past …let’s try to plan for the future.’”

The irony, of course, is that there are apparently too few positive results of that eagerness to move on. Reading the book 16 years after its first publication, the absence of a giddy euphoria is refreshing.

In Dangor’s recently liberated South Africa, a sense of foreboding surrounds the Old Man’s presidency. Corruption is not quite the order of the day but the urgency to paper over the cracks of the transition hem in the lives of the new democratic country’s citizens, in particular its women.

“I don’t know if I had a direct political agenda. My intention, really, was to tell some untold stories,” says Dangor. “I come from an activist family. The things that my family went through … I remember visiting my brother in detention in solitary confinement. My sister, [deputy secretary general of the ANC] Jessie Duarte, locked up for in John Vorster Square for nine months, solitary confinement. Some of these stories are based on real stories that I have fictionalised.”

In Bitter Fruit, Dangor exhibits an acute sensitivity to the toll of struggle on women. Bearing the same weight as men, they take on the added burden of being used as sexual tools, proxies in a war played out according to patriarchal rules. Lydia is raped by a security branch policeman named Du Boise, less in pursuit of his pleasure but more to break the silence of her husband, Silas, who witnesses the rape from within the confines of a police van.

Lydia’s son’s at times exploitative sexual appetite has its origins in his search for an identity. His friend Vinu’s sexual exploitation renders Vinu mentally disturbed and almost physically incapacitated.

The lack of outlets for this trauma, is, in part, where this book derives its feverish sexual temperature. Characters fuck mostly as an expression of yearning and emptiness, living out the scars of lives lived in subterfuge. Describing an incident of infidelity, Dangor writes of the offending character as finding release from the demons holding her captive.

Set in the late 1990s, there is a passing mention to the rising number of incidents of women abuse. One gets the sense that Dangor is helping us to frame the crisis through the lens of the struggle.

“Apartheid did impart in us a violent approach to life,” the author says. “The whole country was a patriarchal country, whether it be in the white community, the black community, the Indian community or the coloured community.”

For Dangor, apartheid is only part of the problem, [more so] the “traditions that groom women to become objects for men”.

Although the spectre of the liberation struggle looms large over Bitter Fruit, Dangor succeeds in giving his characters an agency that honours their individuality. Although extraneous circumstances govern their every day, the protagonists in Dangor’s story exist as intellectual and spiritual beings, for whom identity is complex and fluid.

Dangor doesn’t spoonfeed readers the physical attributes of his characters. He merely allows them to exist in the story, being shaped by readers as they go along.

More important than physical appearance are their deeply ingrained motivations, which are underscored by the author’s economical yet consistent lyricism.

“I grew up in a place called Newclare [a Johannesburg township between Westbury and Bosmont], which, of course, was very, very, very mixed,” he remembers. “Not only would we look at each other and touch each other when we played but we’d ask each other what was going on inside … what does your language mean?

“And I grew up that way, trying to interpret what are the inner things that motivate people. [In my writing]I try to avoid clichés, overlong things and too many descriptions. Yes, there is complexity, but what I try to do is imply that there are things people need to think about beyond what is evident.”

Newclare is the starting point in Dangor’s upcoming novel, Dikeledi, a more contemporary look at a generation of women whose lives were lived in the shadows of the struggle.

Sixteen years later, Bitter Fruit, initially published by Kwela Books, seems to have aged with grace, a measured critique of the early concessions of the Mandela regime and a prophetic telling of how these shortcuts have led to proverbial dead ends. 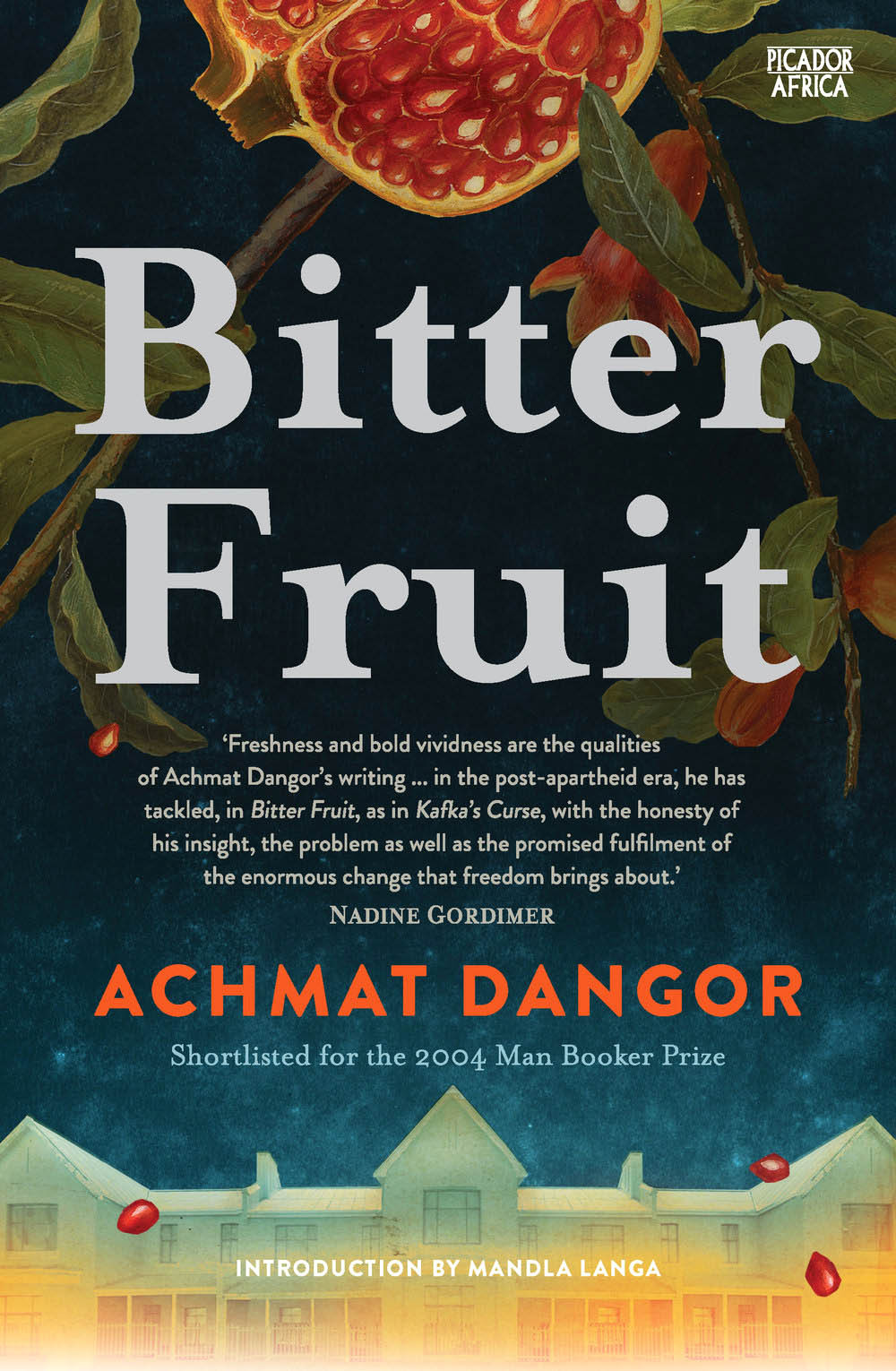 Bitter Fruit, Nigella and Thandazile Radebe are on our Lists this week