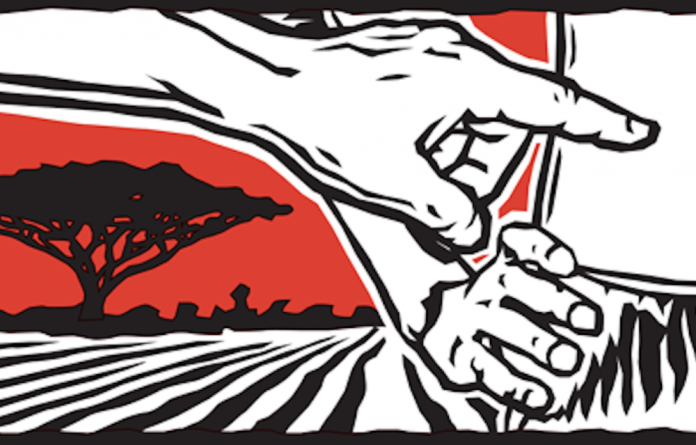 Rural land reform is a political lightning rod in South Africa. Much of President Jacob Zuma’s populist capital has been built on the back of the promise of land restitution that has been held out to the poor in the countryside.

However, rural land matters enormously not just as political territory, but also as a vital national economic resource. The rains of late 2016 and 2017 drove economic recovery, leading, against the odds, to 2.5% growth in GDP in the second quarter of this year In this regard, the ANC recognises that agrarian productivity is critical to national food security, business confidence and foreign earnings and investment.

So it is a matter of great concern that, as a recent two-day workshop on national land hunger and needs held by the Human Sciences Research Council (HSRC) revealed, the government’s land reform programme appears to be failing to promote the widespread productive use of land to provide household food security and strengthen agricultural markets.

The issue is not so much the amount of land that is being distributed – which, in many cases, is quite extensive – but rather how this land is being parceled out and to whom, with small and medium scale black farmers often receiving little support in their attempts to climb out of poverty. The ladder to help them is broken.

The workshop, which reported on family and community experiences in the Western Cape, Limpopo, Mpumalanga, KwaZulu-Natal and the Eastern Cape, found that land hunger in many rural areas took the form of a groundswell of demand for small tracts that could be developed with relatively modest government help.

In the Eastern Cape, many households looked to town commonage land to be extended to enable them to run goats, sheep or chickens or plant crops around their new homes on the urban fringe. They wanted local officials to work more closely with central government departments to help them gain access to land, fencing and water – with a common complaint being that commercial farmers outside the town boundaries were drawing off too much water.

Aspirant small-scale farmers were fearful of debt and in search of a flexible response from the state including incremental financial help, while acknowledging that, if their projects failed, they would willingly step aside to give others a chance. They wanted the department and the municipalities to be capacitated, versatile and responsive at the local level – demands that run counter to conventional land-reform practice, which is to fund big farm transfers, many of which become albatrosses around the neck of the state.

In Limpopo, the Department of Rural Development and Land Affairs was found to be targeting farms of 40ha or larger for redistribution to individual farmers, although aspirant farmers said they were looking rather for between 1ha and 5ha plots to start their businesses, many of which revolved around non-agricultural commercial activities such as brick-making. The department was accused of too narrowly focusing on the agricultural uses of land.

In Kwazulu-Natal, an informal market in land has been rapidly emerging with many families in the former homeland areas trading land without any exchange of deeds, outside formal land administration and registration systems. Many of the deals were witnessed by traditional leaders, who took a small cut. Such transactions raise important issues for those seeking to develop land. Without proof of title, rural households cannot leverage capital from the private sector and often remain dependent on family remittances or state aid for support to develop their land. This can also often leave them dependent on traditional leaders and officials, who might not have their best interests at heart.

Meanwhile, cooperative projects were criticised for creating often unworkable partnerships among large groups with widely divergent interests, with some individuals merely seeking to raise cash thought short-term real-estate trading while others in the group sought to farm the land. The preference seemed to be to keep things small or to work with family members and there was considerable curiosity about the new “one household, one hectare” programme which has been mooted by the government but not developed at scale.

In the Western Cape, land values were reported to be so high that breaking into the large-scale commercial sector seemed almost impossible for members of poorer farming communities. Even graduates from local agricultural colleges and trained wine-makers said it was tough to enter a sector which had become increasingly capital intensive and globalised. In this regard, they viewed land reform as a potential means to assert their rights to inclusion and beneficiation from a vibrant rural economy and sought opportunities within agricultural value chains including rural tourism.

In the National Development Plan of 2011, the ANC set its sights on putting 300 000 new black commercial farmers on the land by 2030 and creating upward of 130 000 agro-processing jobs. The plan also spoke of the urgent need for better water management to make agriculture less vulnerable to climate change.

However, as the state has sought to increase the percentage of land in black hands, it has focused increasingly on transferring large farms, often to established black businesses and commercial operators, rather than on supporting smallholders and emerging new farmers.

At the same time accusations have mounted that rent-seeking officials and private elites are using the reform process to consolidate their control of land and economic privilege. Family favouritism in land allocations has been alleged. Exploitation by owners only interested in profit-taking with no concern for their farm workers has been reported in the Eastern Cape. While in Limpopo, some of the new farms acquired by the state have been going to well-established, successful beneficiaries from past waves of redistribution rather than to new farmers.

In addition to fostering graft and inequitable patterns of ownership and control, the current large farm acquisition model relieves the state of the responsibility of having to grow the agrarian economy through continuous, energetic intervention at the local level. Furthermore, by declaring that new owners with capital should “use their land or lose it”, the state has shrugged off its accountability for the outcome of the programme, which can now be presented as a matter of personal rather than policy failure.

Meanwhile, after 23 years of often haphazard land reform efforts, poorer, small-scale farmers seeking incremental, steady growth with state support remain largely ignored. The extension support in terms of capitalisation, mechanisation, seeds, and agricultural and business training offered by the department to small farmers was roundly criticised at HSRC’s workshop in Cape Town as woefully inadequate, creating substantial anger on the ground. In this context, the new District Land Reform Committees set up by the government to speed up rural land reform at the local level have failed to spark increased engagement, with many arguing that there are already too many self-interested brokers in the land reform process and that adding additional layers cannot solve the systemic problems.

At the same time, rural land hunger remains great in South Africa. People need and desire land to feed themselves and participate in the market economy and the widespread frustration at their inability to win this access has the potential to spark conflict. To forestall a crisis, the government should consider fundamentally changing how it acts and thinks on the rural periphery, bearing in mind that engaged localism, rather than enraged African nationalism, may offer the best path to providing actual solutions for the majority.

Leslie Bank
Professor Leslie Bank is research director in the Inclusive Economic Development Unit at the HSRC and the co-author of a new volume on South African migration dynamics entitled Migrant Labour After Apartheid: The Inside Story (HSRC Press, 2020)
Facebook
Twitter
WhatsApp
Linkedin