Who is Angola’s next president João Lourenço?

João Lourenço is considered to be a loyal party soldier – a man who has always been ready to take on greater responsibility in the governing People’s Movement for the Liberation of Angola (MPLA). He served as governor in several provinces of Angola, and between 1992 and 1997 he was responsible for propaganda in the MPLA’s Politburo. Later, he served as the party’s secretary-general for several years.

However, Lourenço’s ambition almost cost him his career in the past.

In 2003, he fell into a trap: He put himself forward as a possible successor in the country’s highest political office as dos Santos began openly thinking about stepping down. However, at that time, dos Santos did not really want to abdicate. Instead, he wanted to find out whether there were opponents with ambitions of power within the MPLA. 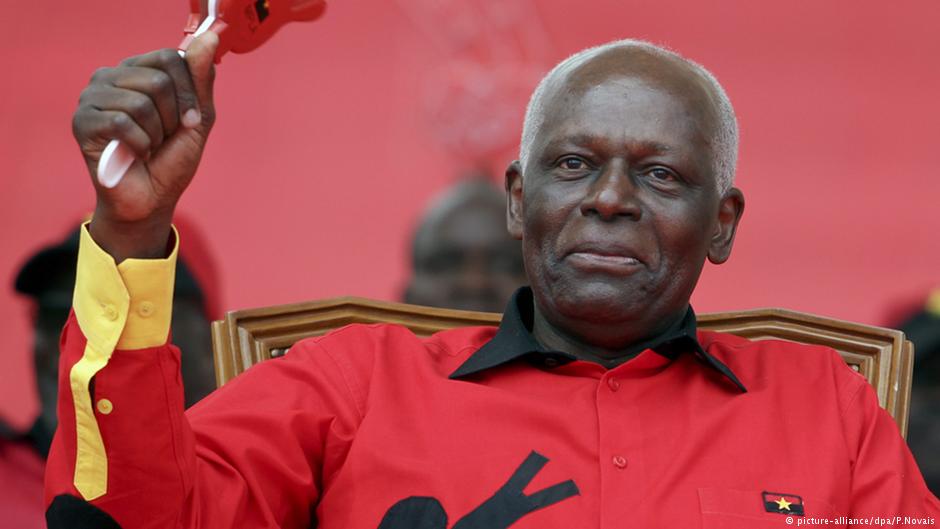 The background: Jonas Savimbi, leader of the former liberation movement UNITA, had just fallen in battle. The MPLA celebrated its victory over the rebels and dos Santos was publicly playing with the idea of standing down because his most important promise as head of state had been fulfilled.

Lourenço’s push to the front was badly timed and he fell into disfavor for several years.

It took 10 years for Lourenço to recover from this faux pas. In December 2016, he reached his goal. Following a proposal by party chairman dos Santos, the central committee of the ruling party decided to place Lourenço as No. 1 on its ticket for the August 2017 poll, thus making him the party’s presidential candidate.

In the last election in 2012, the all-powerful governing party polled over 70 percent of the votes. And this time, too, everything had pointed to a victory – despite great dissatisfaction among Angolans and despite a severe economic and financial crisis.

The fact is, the MPLA controls the money and the media, and dominates everything during election campaigns. The five opposition parties are poorly organized, have little money to finance the election campaign, and do not manage to get their messages to the people.

“We are the guarantors of development and progress, we create new jobs, and we improve the health and school systems” – these are Lourenço’s campaign messages, and they could be seen and heard by Angolans on all broadcasting channels.

The party produced radio and TV programs and printed newspapers and pamphlets. It organised election campaigns in all provinces, handed out T-shirts, beer and other gifts.

MPLA rallies are always well attended. If necessary, the ruling party transports its supporters long distances so they can attend. The rather pale Lourenço was turned into a superstar.

“Lourenço’s task is to ensure continuity,” said Angolan blogger and human rights activist Rafael Marques, meaning continuity in the way the police, the military and the intelligence service are run.

A new law passed in the last parliamentary session ensures that personnel decisions by the outgoing president are out of bounds for the new president. The law was passed by a large majority. The two major opposition parties, UNITA and CASA-CE, voted against it. But the two parties combined make up only 40 of a total of 220 lawmakers.

Many Angolans are wondering whether this law does not place too many limits on the new president’s ability to act. Will Lourenço, who is a general himself, fully submit to the decisions of his predecessor, as the new law dictates? Or will he want to make his own personnel decisions?

The fight against corruption

During the run-up to the elections, the opposition accused the MPLA and its candidate Lourenço of being incompetent and corrupt. Lourenço went on the offensive, repeatedly denouncing his political opponents as “crooks” and announcing a major fight against corruption in Angola. The country needs transparency and stability, he said, adding that the only way to promote the new objectives of the MPLA government is to diversify the Angolan economy and attract foreign investors.

Human rights activist Rafael Marques doubts whether Lourenço will really tackle corruption. He believes dos Santos chose him as his successor precisely because of this reason. “The [former] president has always opted for a corrupt person; he always protects the corrupt,” said Marques.

The flagbearer of the largest opposition party UNITA, Vitorino Nhany, pointed to one of the many financial scandals of recent years: the bankruptcy of BESA Bank, the Angolan branch of the Portuguese Espírito Santo Bank. In this case, nearly $6 billion apparently disappeared. “Lourenço describes us, the opposition, as crooks, but we ask him why he got $30 million from the Espírito Santo Bank? Who is the real crook?” Nhany said.

A life for the party

Lourenço was born in 1954 in the port town of Lobito. He was 21 years old when the country gained independence from Portugal in 1975. He joined the Marxist MPLA, one of three liberation movements that seized power in the capital, Luanda, and waged a bloody war against the rebel movements UNITA and FNLA.

Lourenço comes from a modest background: his father is a medical worker, his mother a seamstress. The MPLA’s war against the rebels became young Lourenço’s first professional area of work.

In the north of the country, on the border with Congo, Lourenço earned his first spurs as a soldier. He took part in several military exercises and training courses run by Cuban advisors. Of all liberation movements, the MPLA was the best-organised with international connections, especially with Cuba and the Soviet Union, but also with other eastern bloc countries in Europe.

In 1978, Lourenço traveled to the Soviet Union, where he completed a history course for party cadres at the Vladimir Ilyich Lenin military academy. After his return to Angola, Lourenço quickly rose to the rank of general, consolidated his position in the party and founded a family. He married an MPLA leader, who later clinched a ministerial position as well as a post with the World Bank. His marriage with Ana Dias Lourenço produced six children, who are now also politically active – with the MPLA, of course.