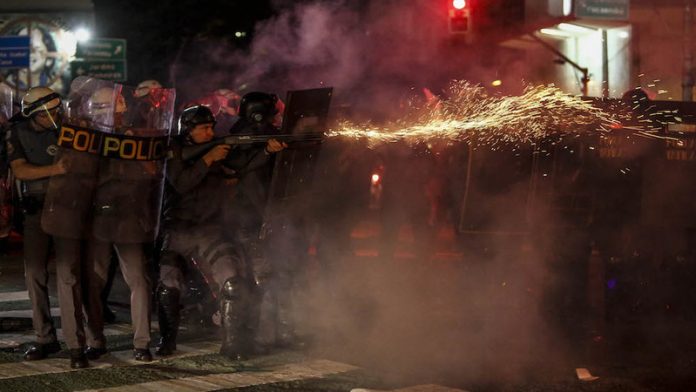 He may be Brazil’s most unpopular president in decades and charged with serious crimes, but Michel Temer, the ultimate teflon leader, is expected to breeze through a congressional vote on whether he should stand trial.

In Portuguese, Temer means “to be afraid,” but the canny 77-year-old veteran of Brasilia’s notoriously corrupt political scene appears to be full of confidence ahead of Wednesday’s vote.

The first president in the country to face criminal charges while in office, Temer is accused of obstruction of justice and racketeering. He denies any wrongdoing and has argued that the country needs him at the helm to bring in market-friendly reforms after two years of deep recession.

A two-thirds majority is required in the lower house of Congress to have his case sent to the Supreme Court. Just as occurred in August when Congress threw out another charge, his allies are expected to reject the idea.

“Temer is a professional in politics. He knows how to use the machine and to find the necessary support,” Vargas said.

Ironically, what makes it easier for Temer is that many of those judging him in the lower house — 185 of the 513 deputies — are themselves targets of anti-corruption probes.

The mentality among those scandal-plagued politicians is clear, Vargas said.

“Temer represents the survival of the old guard,” the analyst added.

Criticssay the president is also boosting his chances of survival through blatant vote buying, opening up the budgetary purse to give congress members the projects back in their home states that will help their own causes.

“Despite the damage already suffered by this government, deputies looking for favors can benefit from it,” said Antonio Queiroz, an analyst with DIAP, a congressional watchdog representing trades unions.

There’s risk for deputies who decide to shore up Temer.

He has record low ratings, with only three percent considering his government “good” or “very good,” according to the latest opinion poll in September.

General elections are scheduled for October 2018 and the mood, analysts say, is already deeply anti-establishment.

However, for Temer, the situation is different, since he is not going to run in the election.

After taking over the presidency in controversial circumstances following impeachment of his leftist predecessor Dilma Rousseff last year, he has never had any illusions about his popularity.

The center-right leader from the PMDB party says that he’s there to take the difficult decisions needed to bring discipline and growth back to Latin America’s biggest, but floundering economy.

“Temer simply doesn’t care what the population thinks about him,” Vargas said.

At the same time, the opposition is fragmented and ordinary Brazilians seem too exhausted to bother repeating the huge demonstrations that were common against Rousseff.

“Without pressure from the streets (and) in the absence of a real opposition alternative, the Congress will not go against Temer,” Vargas said.

The reforms have also endeared Temer to the markets and politically powerful lobbies, like the agricultural industry bloc which counts some 200 deputies in the lower chamber.

“Without the support of the markets, Temer would fall in a week,” Queiroz said. “He’s become their tool.” — AFP