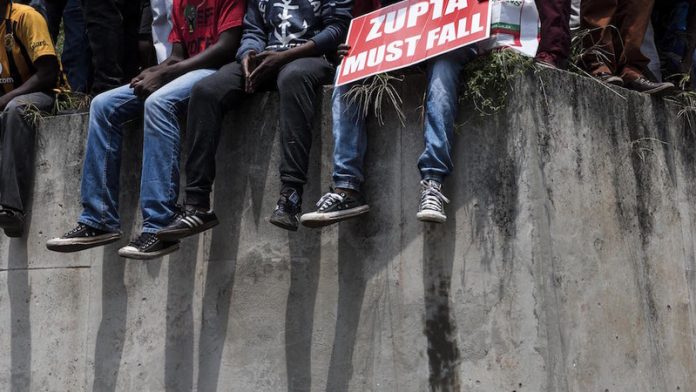 It is astonishing that a book revealing deep-rooted and widespread corruption and state capture in government should instead prompt a pointless debate about Jacques Pauw and his supposed audience.

South Africa has an undernourished literary tradition. Even among the sophisticated, one still finds confusion and struggle over what constitutes a news article, commentary, analysis, narrative journalism and so on, and why a writer might choose to employ these methods. Ask any editor and they will show you the bald spots on their heads where they have pulled out clumps of hair in frustration at somebody who has been wildly offended by an opinion column that they have mistaken for news reporting.

We must remember that in spite of all the wonderful writing that this country has produced over the centuries, the free, public space where an exchange of information and ideas can freely happen is still in its infancy.

This is how I understand the criticism levelled at Jacques Pauw for how he chose to write The President’s Keepers. Apparently the only acceptable way for him to have delivered the content was in the form of a series of news articles. This is, after all, the format that people are used to receiving Very Serious News. That he chose the narrative journalism form seems to be distracting and confusing to some.

The narrative form is otherwise widely used in journalism around the world. Readers of Charlayne Hunter-Gault, Ta-Nehisi Coates and Gary Younge ought to instantly recognise and appreciate it. Why a writer would choose to use it varies, and I am not persuaded that Pauw’s decision to employ the form is a sign of a desire on his part to anoint himself a ‘white saviour’. The choice does not alone constitute evidence. I have also had to learn over the years that any good piece of journalism I produce is necessarily going to be fodder for that corner of the population that is entrenched in its white supremacy and pores over the news every day for signs of a failed black government. They are uninteresting. They are not the point of our journalism. They cannot possibly be a distraction to the work of unearthing corruption.

The idea that the book has ignited conversation among a problematic sector of the population – and only there – is unsatisfying and untrue. If a proper analysis of the media reach of the state capture conversation in its entirety were to be taken, I am confident that the black portion of the engaged audience would dwarf the white. To narrowly focus on one subset of angry racists is to strip away the agency and engagement of black people.

To narrowly focus on Pauw at all negates the impact and direct influence of myriad black figures in the state capture conversation. Let’s leave alone that the  newspaper editor at the Sunday Times who published that first, explosive book extract is black. And what of the State of Capture report, written and published by the former Public Protector Thuli Madonsela? What of the revelations made by the former Government Communication and Information Service chief executive Themba Maseko, and the former African National Congress (ANC) member of parliament Vytjie Mentor, and former deputy finance minister Mcebisi Jonas that catapulted state capture into the public consciousness? What of Pravin Gordhan, the former head of treasury? I think Pauw himself would balk at the suggestion that his work has been received primarily as a nourishment to a certain white resentment – he said at his Hyde Park book launch that his book wouldn’t have been possible without the contribution of many public servants who work for this black government!

It is necessary not to read Pauw’s book in isolation. Doing so might tempt one down the ‘white saviour’ path by placing too heavy an importance on it. Reading it alongside the wonderful reporting on state capture published by amaBhungane, Daily Maverick, and others allows one to properly contextualise it. A crucial starting point is the report published by the Public Affairs Research Institute. It is only by absorbing the full repertoire, so to speak, of state capture reporting that one may accurately gauge its importance.

It is necessary to ask why state capture should worry us all beyond anything else happening in the country right now. However we might debate the ideological desirability of the constitutional state, it exists as the only meaningful tool for economic emancipation that exists for the large majority of our people. No other widely agreed upon mechanism exists. We may critique it, we may in time modify it, but we must first and foremost protect it.

The true crime of state capture then is that the constitutional state – the only meaningful tool for economic emancipation – has been stolen by a small cabal of robber barons. They have hollowed it out and if we are not awake to this danger, it will collapse on us. Nothing exists to replace it if it goes like this. Certainly, nobody could credibly claim to be able to contain the righteous rage of the millions of our people who have waited in vain for the fulfilment of the promises of 1994, while contra-constitutionalists build something else.

It concerns me deeply to see black intellectual energy more taken up by racists who hate the constitutional state than by the brutal reality of its erosion before our eyes. We need to learn to focus, and to understand that there is no economic freedom without first a constitutional state upon which to construct that freedom. And it is eroding before our eyes. The legal and social bonds that hold the state together are tearing apart. Marikana is a sign. Life Esidimeni is a sign. Fees Must Fall is a sign. The dire straits of the social grants system is a sign. This is what should be exciting our outrage.

Have we fully considered what the future holds for us as our society hurtles down this miserable pit? Forget about strategists who postulate about possible rosy scenarios. The future is bleak: we will have to postpone the developmental state for many years as we try to rebuild what has been hollowed out by the Gupta-Zuma gangster state.

If you believe that the ANC, in allowing state capture has frittered away the last of its political capacity, indeed the right to lead the country, then you must be frightened by what will come next. The International Monetary Fund (where we must, blackened and blued,inevitably end up) and the next government will impose upon South Africa an austerity that will postpone for a generation or longer much of what we might have dared to dream of.

Our country will be delivered into the hands of the sour accountants and economists and management consultants who are the carrion birds of the neo-liberal end point. Look to Greece for a taster of what lies ahead for South Africa.

The racist interpretations of Pauw’s work ultimately mean nothing. That anybody should be distracted by them in light of everything else is really quite astonishing. — Daily Vox