Motsoaledi to provinces: ‘Fund junior doctor internships, or I might sue you.’

Three provinces – Gauteng, the Western Cape and KwaZulu-Natal – are to blame for the shortage of junior doctor posts, says Health Minister Aaron Motsoaledi. He argues the lack of placements for those needing to complete their mandatory internships and community service has become an “annual ritual” and warns he will take guilty provinces to court if it continues.

As of late Thursday, provinces still needed to secure 160 positions for junior doctors in the coming year to meet the national need, said Motsoaledi. This figure was down from about 316 just days earlier. Meanwhile, almost 300 recent medical graduates are still awaiting internship placements and a further 316 junior doctors have not yet been allocated a place for community service, show health department documents seen by Bhekisisa.

The Health Professions Council of South Africa (HPCSA) determines how many of each type of position provinces must provide for junior doctors. It then becomes each province’s responsibility to find the money to pay for these posts.

But Motsoaledi says despite statutory obligations to make funding available the provincial governments of Gauteng, the Western Cape and KwaZulu-Natal remain reluctant to do so.

“Internship is a statutory function. It’s not a choice of the state whether they must give you an internship post or not it’s statutory – you have got to do it,” he explains.

The HPCSA accredits certain public hospitals and clinics in each province to host internship and community service doctors based on their training capacity. For this reason, better-resourced provinces such as Gauteng, Western Cape and KwaZulu-Natal are allocated the bulk of intern and community service doctors. For instance, Gauteng must accommodate about 1 100 interns or about twice as many as the Western Cape. Meanwhile, the HPCSA has designated 900 internship positions for KwaZulu-Natal.

“[The provinces] must go and create these posts. That is where the problem is because provincial governments just don’t do it. Some of them just decide they don’t have money and that is why I have been impressing on them that it’s not your choice – it’s something that you have got to do.”

In a statement on Thursday, South African Medical Association chairperson Mzukisi Grootboom called on premiers to take urgent action to address the shortage of jobs for new medical graduates.

And Motsoaledi warns that if provinces do not begin fulfilling their obligations to fund junior doctor posts, he may be forced to take them to court.

“This is the first time that I am disclosing this because we are all [working for] government and I don’t want it to [look] as if I am … blaming others  but this has been happening every year. It will obviously be embarrassing because I am working with provinces and premiers if one day I have to take them to court. But what option do I have if they keep on refusing to do something that is a statutory function?”

About 258 junior doctors had also been left without internship or community services positions in November 2016 as part of that year’s application cycle, then-Junior Doctors’ Association of South Africa (Judasa) President Zahid Badroodien told Bhekisisa at the time.

Judasa member Farah Jawitz says initial applications were delayed by four months. Now, as time is running short, she fears that final round placements will be informal and rushed. Meanwhile, Judasa has created a Facebook campaign to highlight the plight of unemployed doctors. Below are edited extracts of the campaign: 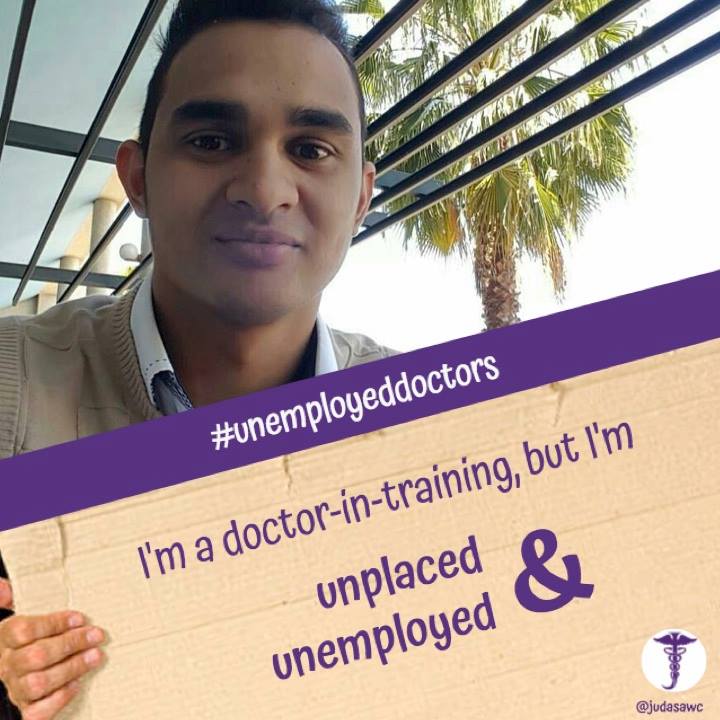 “Growing up, I never wanted to be a doctor. I always wanted to be a pilot, but plans change. My story of wanting to become a doctor started in grade 11. I was diagnosed with epilepsy at the age of 16.

“I was initiated on treatment, but with virtually no success. As time progressed, it became harder to control. The next step would be surgery (temporal lobectomy) – which I underwent at the conclusion of my grade 11 year. Following my surgeries and my rather rapid recovery (with no subsequent seizures), I found myself in awe of what has been done for me, and was solely focused on attempting to help others in similar situations – from that day. 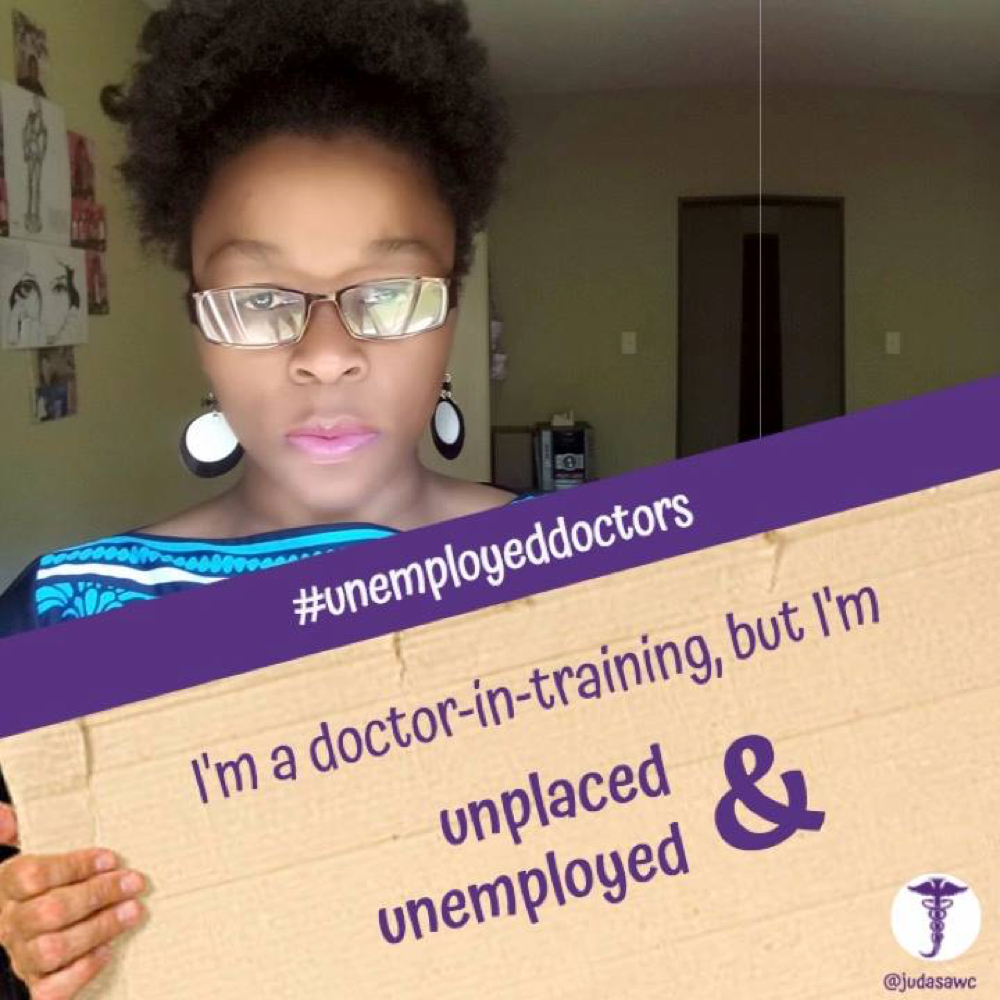 “I could not contain my excitement when I got into the University of Pretoria School of medicine, my dream was finally going to become a reality.

“At the age of 21, I started yet another degree from scratch. With no bursary, my parents had to pay for my fees with my mum having to work two jobs just to make ends meet. So much sacrifice was put into getting me through school.

“Now I am at the finish line. Instead of being filled with great joy, I have mixed feelings, fear and uncertainty being part of that mix. I have no idea where I am going to be working next year and that terrifies me.” 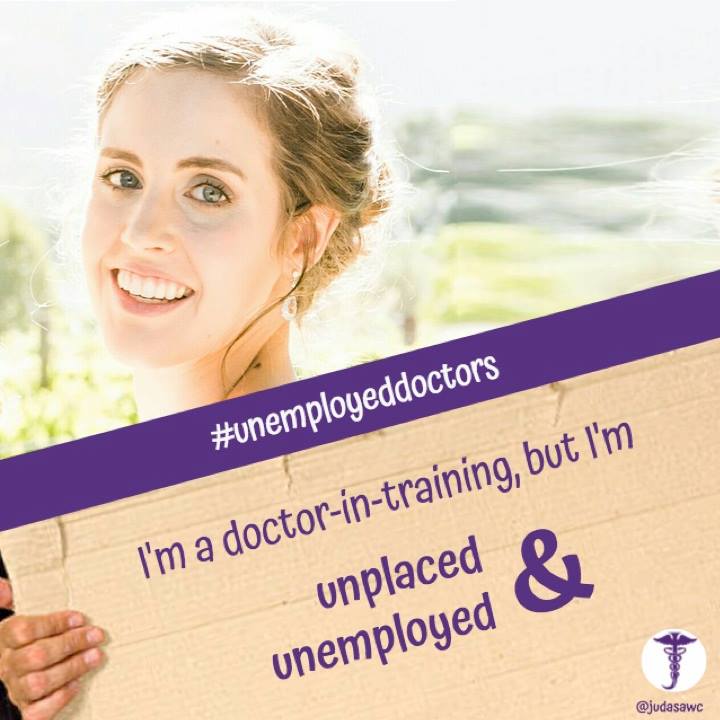 “My phone pinged over 200 times today. Each one signifying yet another final year medical student that does not have a job next year. On the Whats App group, someone commented that each notification was like that of the Hunger Games cannon announcing another death in the arena.

“A touch melodramatic, but after six years of blood, sweat and tears – some your patients’, many your own – that is not far off the mark of what it feels like to be on the brink of graduating and not having a job next year.” 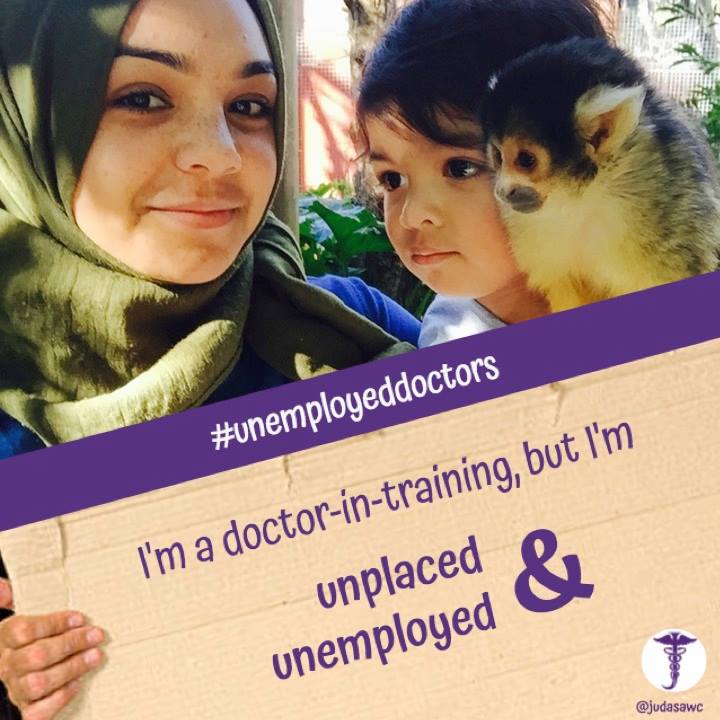 Basha describes waiting to be placed after failing to secure a position in Cape Town:

“Second rounded with a beautiful toddler who attends preschool, and a hardworking husband with a permanent job in Cape Town.” 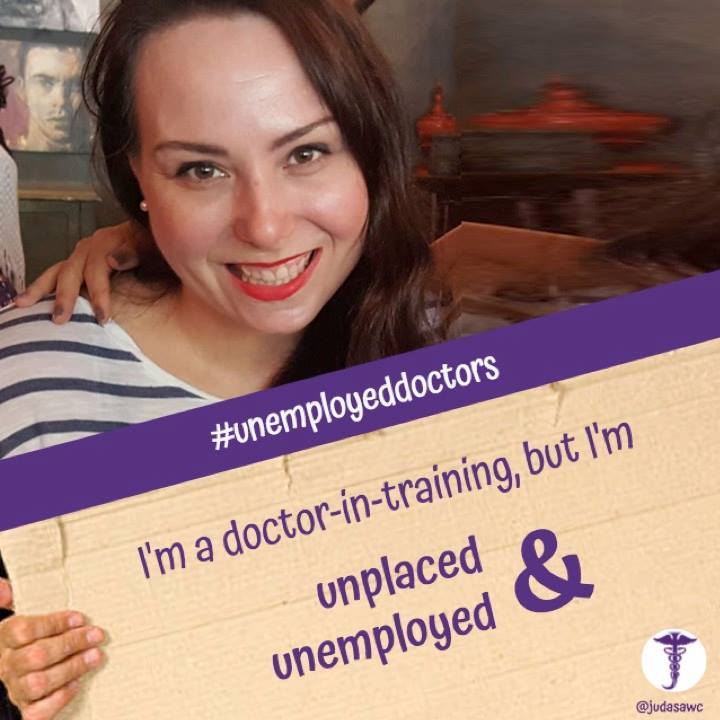 Chancellor-Maddison is awaiting placement as a community service doctor.

“Not many of us have the privilege of walking out of university debt free. I’m doubly in debt because I had to put my son through school on my own, I haven’t saved a cent during my internship because I’ve been committed to paying my debt (which still isn’t done). I cannot be jobless in January, my family won’t eat or have a roof over our heads.”

[Updated 28 November 8:44am: This story originally said that 160 doctors were awaiting placements. It should have said that 160 posts for junior doctors still needed to be funded.]

Saved: How drug users gained the power to reverse overdoses

After Ebola: What happens when the virus fades and the NGOs — and money — leave?