David Philip Majatladi, 57, wishes the ANC’s 54th national conference could come up with a plan to tackle the high unemployment rate plaguing the youth — particularly in his home, Soweto.

On June 16 1976 he was among the thousands of pupils who took to the streets to protest against the apartheid government’s decision to introduce Afrikaans as a medium of instruction.

But as the party’s conference got under way on Saturday — the country’s Day of Reconciliation — he was trapped in the township with only R20 in his pocket, far away from the Nasrec expo centre, the venue of the ANC’s conference 15km away.

Like many of the township’s residents, it was business as usual for Majatladi.

Although some of the party’s conference delegates were accommodated at the University of Johannesburg’s Soweto campus in Pimville, it appeared the vibe of the conference didn’t rub off on many of the township’s residents.

Instead, youths got into the festive season groove, converging at parks, street corners, shisa nyama outlets and watering holes to party and drink hard.

Those interviewed by the Mail & Guardian, however, identified unemployment, nyaope (a cheap and nasty drug plaguing the townships), the presence of foreigners in the townships, public transport and the state of schools as some of the key issues they hoped the ANC conference would deliberate on.

Others like Siyabulela Ronati, 31, expressed strong views on the state of the ANC and the party’s leadership succession battle.

Ronati was having drinks with friends on a street corner in Pimville after burying a neighbour early that morning.

“The Zuma surname must be erased from the ballot paper,” he said. “We would rather have [FW] De Klerk. Why is there a second Zuma [in line for ANC presidency]? Why should Zuma’s wife succeed her husband? The ANC is for the people, not a family.”

Jafta Dlamini, 44, also of Pimville, hailed the Rea Vaya rapid transport system introduced to the township as one of the ruling party’s successes and said he hoped the ANC conference would come up with new ideas to improve the lives of locals. 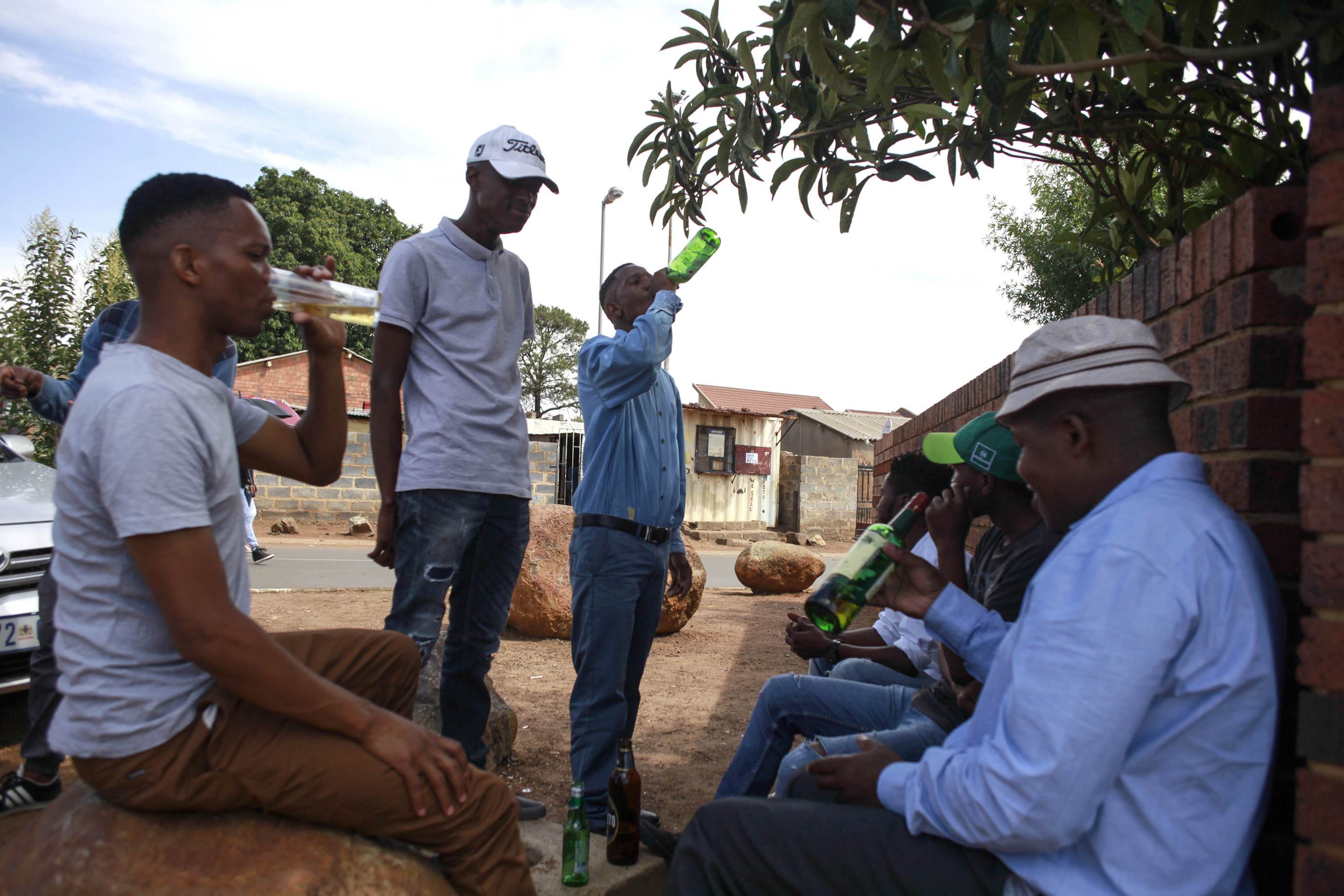 Majatladi is unemployed and broke. He wishes that one of the outcomes of the conference would be the creation of jobs. The expression on his face is solemn and grim as he looks at one of the gigantic photographs on display outside the June 16 Memorial Acre in Central Western Jabavu.

He had walked the short distance from his home in White City to Central Western Jabavu to chill with friends earlier. On his way back, he stopped at the memorial to chat to the M&G.

“That’s me there. One, two, three. Can you see that? That’s me right there,” he points at a youthful man in the middle of a mass of chanting students in the large photograph.

Except for a sprinkling of grey hair, he hasn’t changed much.

“It hurts me. It hurts me a lot. We were looking for freedom, not democracy,” he said of the student uprising when police opened fire on the marching pupils.

“I wish good things must come out of the conference. They must elect good leaders who must stand for the nation. We must get another president who will think about the people of this country and not think only about his family,” said Majatladi.

After June 16, Majatladi fled from his home and even considered going into political exile.

Like many of the 1976 generation, his life took a turn for the worse after the events of that day. Fortunately, he has managed to educate his four children, but two are unemployed. Yet the fruits of the freedom he fought for 41 years ago have not been as sweet as they have been for some at the Nasrec expo centre.

“I’m nothing. I’m nothing,” he said four more times as he stared solemnly at the imposing photograph.

He is still haunted by memories of two of the youths in the photograph who died before his eyes after being shot. “This one, Jerry, turned to me and said, ‘They’ve hit me, they’ve hit me.’ Jerry died before my eyes. I still have a bullet in my leg, those iron balls they were using to shoot at us, are still in my leg. June 16 changed my life. I nearly went mad,” Majatladi said.

He said he wished leaders such as Lindiwe Sisulu, Tokyo Sexwale and Cyril Ramaphosa would reclaim the ANC.

“We suffered with those people in the township. They understand the ANC,” he said.

She said she wanted the party to continue looking after the elderly like her pensioner mother. She is also concerned about the high levels of unemployment, especially among the youth and wishes this would change after the conference. 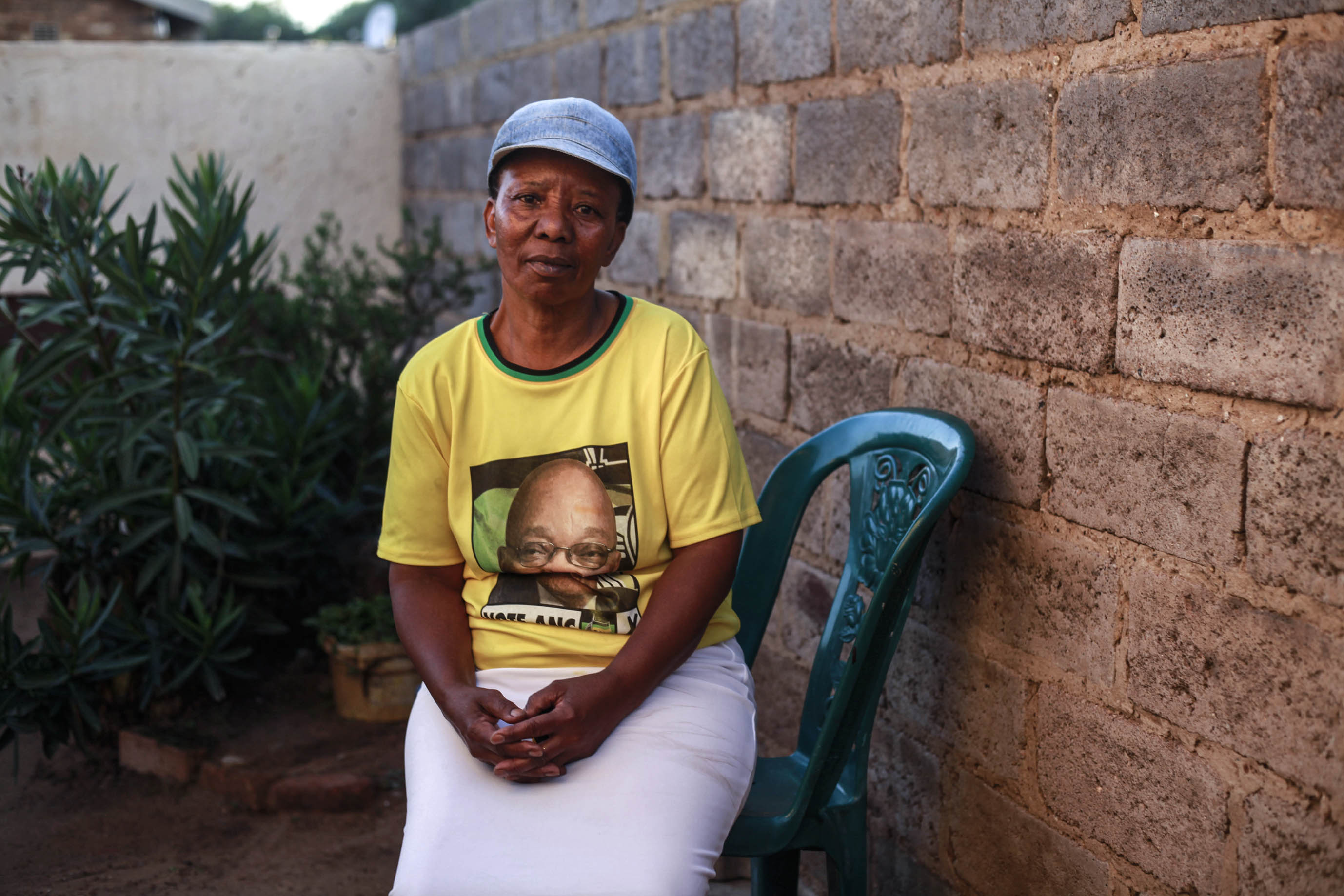 [Loyalty: Staunch ANC supporter Mapula Selepe is confident that the party will continue to deliver for the people in the same way it did in bringing an end to apartheid (Oupa Nkosi)]

“To me it doesn’t matter who becomes president so long as the ANC can change the lives of people,” she said.

“People make mistakes,” she said about Zuma’s turbulent presidency. “I will never leave the ANC because even people who don’t vote for the ANC know what it has done for them.” — Mukurukuru Media