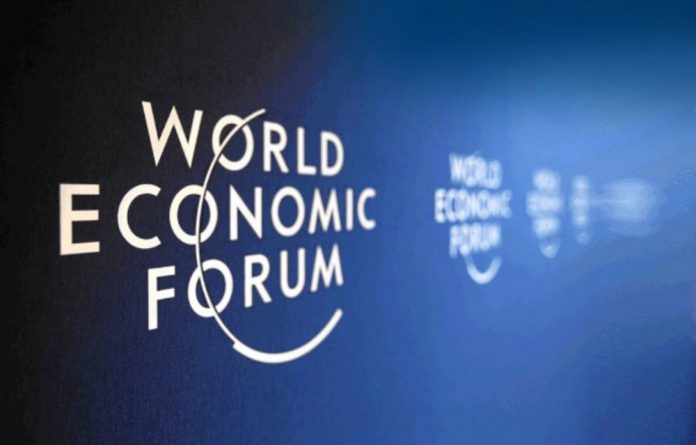 Donald Trump will be the star at Davos. Love or hate him, he’s likely to be the only head of state whose speech will be broadcast live on all the news channels.

Reporters will grill the president on immigration and his alleged “shitholes” slur (he denies saying it), as well as whatever else he tweets between now and the start of the summit on Tuesday.

But for Africans, there are more interesting stories that will play out at this year’s World Economic Forum, with more at stake for the continent than at any time since 1992 when Mandela, de Klerk and Buthelezi shared the stage and laid a blueprint for the change that followed.

Davos will be the first outing for Emmerson Mnangagwa since he replaced Robert Mugabe in November.

The US, EU, Australia and a raft of other countries still have limits on trade with Harare, from weapons to state contracts. But magic can happen, like Barack Obama’s handshake with Raul Castro in 2013 at the funeral of Nelson Mandela. Eighteen months later, the US reopened its embassy in Cuba after a break of 44 years.

The other newbie is Cyril Ramaphosa.

South Africa has the most diverse economy south of the Sahara, but the country’s image has been hurt by allegations of theft and corruption at the highest levels. The ANC’s new boss, and likely successor to Jacob Zuma as president, will have bankers and forecasters trawling his words for signs of change.

But how will African leaders get on with the US in light of Trump’s latest faux pas?

That’s the joy of diplomacy.

Think of it like a movie set where stars who loathe each other do a love scene and the rest over-act to get noticed. Presidents and prime ministers will strut their stuff for the cameras, work each others’ egos and plot against friend and foe to win the Oscar: a rise in the Moody’s rating or a lift in their own polls at home.

Ironically, there’s more potential now for agreement between Africa and the White House than we saw under Obama, Bush or Clinton.

Donald Trump is a hawk on defence and has not only raised the number of US troops in Africa, but pledged to work with Egypt, Kenya and Nigeria to wipe out the likes of ISIS, al-Shabaab and Boko Haram.

Kenya’s tourism industry has yet to recover from a string of attacks by al-Shabaab including the Westgate Mall in 2013, a university and a number of coastal towns. And while terror groups have a presence in West Africa, it’s hard to draw investors.

From special forces, to army and air support, and advisors in every region of the continent, the Pentagon has a wider spread of boots on the ground than at any time since World War ll.

The US is not alone in its military interests: French President Emmanuel Macron will be in Davos to push what he calls the G5, a group of former French colonies in West Africa where a joint military force will be able to cross borders and co-ordinate the war on radicals. Macron wanted $600-million dollars to start the project with the lion’s share from Washington, but so far Congress has stumped up little over 10 percent.

This goes to the heart of America’s new relationship with the world. Gone are the billions given blindly to NATO or UN peacekeeping, Africa or strategic partners in Latin America.

Aid to Africa this year will be cut by 35 per cent, and instead of dealing with blocs like SADC or Macron’s G5, Trump says “America will partner one on one” with its allies. And he wants business to lead the way. If a country is not attractive for investment, aid will not be there to bail it out.

All the more reason for African leaders to engage with a US delegation that includes investors, Secretary of State Rex Tillerson, the head of USAID and Trump’s cabinet ministers for commerce, transport, treasury and employment.

But energy secretary Rick Perry is the man who Ramaphosa, Mnangagwa and delegations from Tanzania, Botswana and Nigeria will really want time with. In Cape Town last October, Perry said the US had money to spend on “the six-hundred million people in Africa who don’t have electricity.”

The lack of power, or unreliable supply, he said lay behind poverty, unemployment, migration and young men joining militias.

“Without electricity you can’t industrialise,” he said. “And I’m not talking about some hand-held light that can charge a cellphone. We need proper access to the grid right across the continent.”

Washington is touting a “clean coal alliance” of countries whose economies remain dependent on coal for electricity, but with the latest US technology to reduce C02 and other gases to levels that meet global warming targets set by the Paris Accord on climate change.

The concept of an alliance was suggested by India and has been praised by Australia, Poland and Bangladesh. In Cape Town, Perry mentioned South Africa, Tanzania and Nigeria. While Mugabe was at the helm, there was no chance of including Zimbabwe in this alliance, but the way should now be open for Mnangagwa to put his case.

South Africa produces nearly half the continent’s kilowatts, 92 per cent of it from coal. Zimbabwe has some of Africa’s largest coal fields at Hwange south of Victoria Falls and wants to upgrade its power stations.

Nigerian finance minister, Kemi Adeosun, who will be in Davos, says developed countries are “hypocritical” in condemning her support for fossil fuel because, she says, it powered the industrial revolution in Europe.

In Dar es Salaam, energy and minerals minister, Sospeter Muhongo has refused to debate the issue. “We in Africa should not even be in discussion of whether we use coal or not. In my country of Tanzania, we are going to use our natural resources,” he said.

But if Africa and Asia need US money and know-how for cleaner power, Mr Trump needs the alliance to vindicate his stand on coal and turn a profit from the new technology being developed on his watch.

But it could set a path for the US and Africa, on energy, defence and investment in place of aid.

Geoff Hill is Africa correspondent for The Washington Times and author of What Happens After Mugabe?