As the regulator, the Independent Communications Authority of South Africa (Icasa) has the responsibility to assign spectrum on the frequency band for the efficient co-ordination of strategic industries in the country. The responsibility of Icasa transcends government and the private sector and remains a catalyst in the correct functioning of national security, education, financial business transactions, social development etc.

The authority controlling our communication governs our very lives to a large degree, as so much of today’s world is centred around electronic communication and accessing information from it. Icasa conducts ongoing research to better understand the broadband market, as exploration of larger bandwidths decrease pressure on the over-crowded current spectrum. It also promotes competition, as Icasa will have a larger spectrum to licence. Consumer protection also remains an absolute imperative for Icasa.

A function of regulators in developing countries is ensuring that the needs of the people are considered before profit, and that the public’s telecommunications service consumption is exactly what they pay for. In this regard, the regulation of the quality of telecommunications for the benefit of the public will ensure increased access to correct information through electronic and increasingly, digital media.

For this reason, effective control and management of the distribution of spectrum needed for communication is of absolute importance for the efficient functioning of a country such as ours, which relies heavily on electronic means of communication. Signals can interfere on each other’s frequency due to various issues related to signal bleed and overcrowding of the frequency band. Some issues are related to dropped calls (calls that were terminated due to technical reasons before either of the two parties hung up) and unintentional roaming. This may lead to distortion of the messages, and thus a poor quality of service experienced by the end user.

“These phenomena, although present in cities, are more common around border demarcations of countries. Such interference has proved to lead to loss of revenue for governments, and ultimately undermines the right to sovereignty of the countries”, says Eric Nkopodi, Manager: Quality of Service (QoS) Measurements at Icasa.

To better protect the consumer, the specialised QoS Unit monitors telecommunications on a technical and operational level, asking the question: does the consumer have full access to the service providers’ network? The division monitors usage and availability of signal in various corners of South Africa, compiling technical assessment reports on the availability and strength of networks from mobile operators, including their dropped-call rate. Icasa grants operating licenses to operators who comply with certain service levels between them and the regulating authority. Thus the communications authority serves as an ombudsman of the telecommunications industry. Icasa has a mandate to ensure South African citizens have access to electronic communications services anywhere in the country, within the country’s borders, or through treaties that allow for roaming in territories outside of our borders.

Included in Icasa’s responsibilities is the task of cross-border co-ordination of spectrum and signal, achieved through maintaining good relations with the regulators of neighbouring countries. There are various bodies, such as the international telecommunications union, which has certain treaties whereby member states settle on bilateral co-ordination agreements relating to telecommunications best practice. “We control and manage the radio frequency spectrum and ensure interference-free communication services between all licensed operators to promote quality of service for South African consumers,” says Nkopodi.

A practical example is the case of South Africa’s neighbour, Lesotho. The communications authority of Lesotho laid a complaint relating to cellphone signal spillage, before an agreement was reached between the neighbouring countries’ communications authorities to work together to provide the necessary infrastructure to solve the problem. Because major population centres in landlocked Lesotho are situated near to its borders, locals could make calls using the South African cellular networks. Such calls were billed as South African calls, as they bypassed all Lesotho operators. As can be imagined, this resulted in revenue loss for Lesotho’s mobile operators and for the country’s authorities. It also undermined the sovereignty of the territory. An agreement was signed with the regulatory authority in Lesotho to solve the problem in 2002. 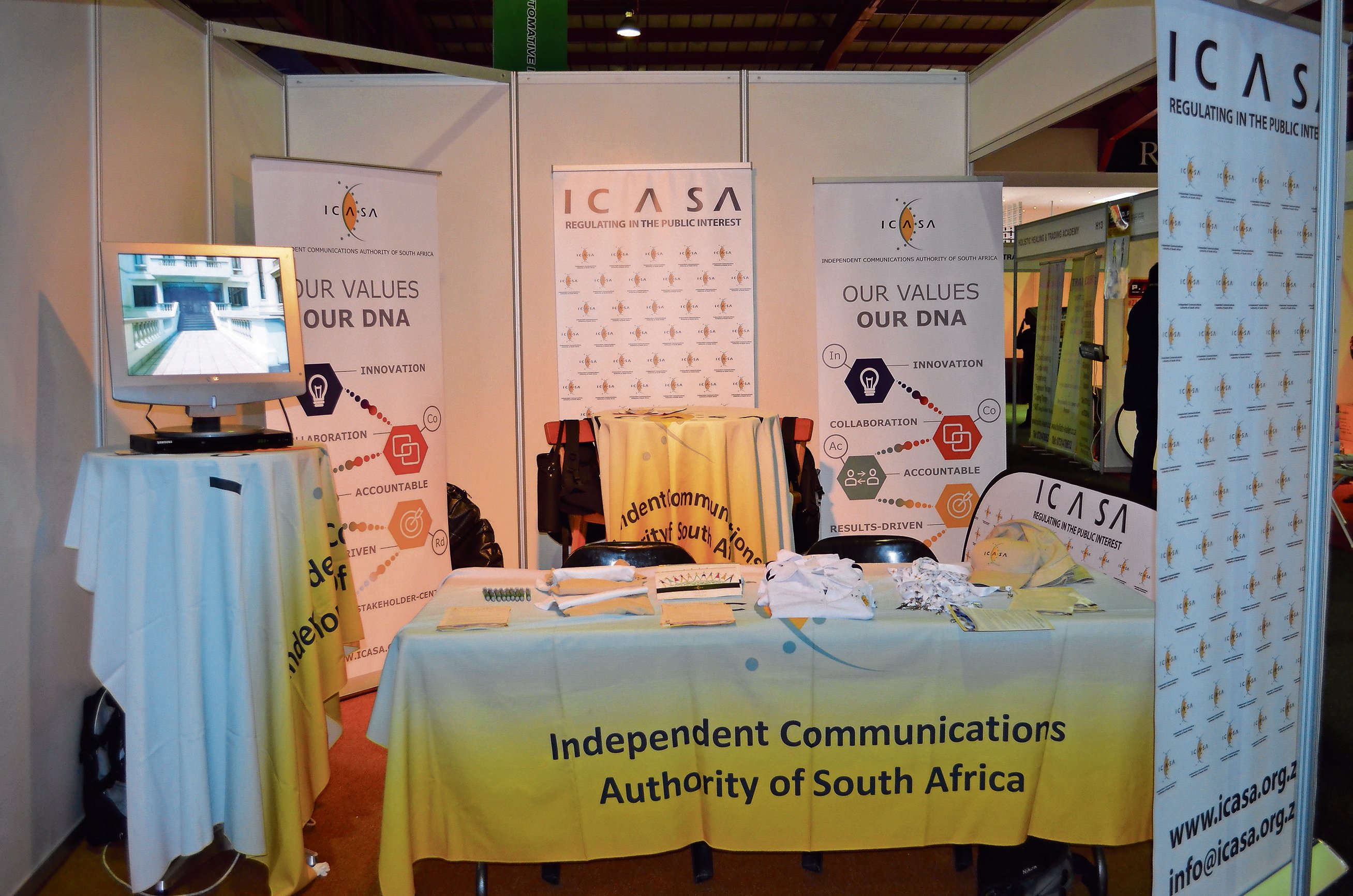 In 2017 a similar agreement was reached with Mozambique’s regulatory authority, to better improve co-ordination of infrastructure for the benefit of the countries concerned. Monitoring is not limited to cities: it extends to South Africa’s underserviced rural areas to assess the quality of subsidised networks. Nkopodi says that this is done throughout the country, as Icasa engages in monitoring of events on a daily basis to ensure orderly management of the radio frequency spectrum. Their radar is always on for any unwanted interference that may be a compromise of bilateral agreements.

In addition, Icasa has to verify that the elements of the telecommunication systems are lawfully licensed and that the transmission methods and equipment are in line with the prescribed standards. Using this method, they can detect chancers who may be running a pirate radio station without a licence, or perhaps a signal jammer that may compromise communication scheduling. It is really about ensuring compliance on the part of licensees and ensuring that the public has access to quality of services.

According to Icasa Councillor, Dr Keabetswe Modimoeng, type approval of electronic communication equipment is important for ensuring good network performance, prevention against distortion and degradation of networks, avoiding harmful radio interference, safeguarding and preservation of network integrity, and the elimination of dumping of sub-standard equipment to the local market. “It protects manufacturers who produce high-quality equipment, service providers who use the equipment and the consumers who eventually buy it,” says Modimoeng.

Electronic communications equipment, including radio apparatus are required to undergo Conformity Assessment before they can be introduced into and made available in the South African market. The requirement is applicable to both imported and locally manufactured equipment. Conformance is necessary to ensure that equipment performs as required, is safe to use, and where applicable, can interoperate with other equipment with ease.

All consumers are encouraged to ensure that when purchasing electronic communication equipment such as cellular phones, tablets, remote controlled toys, printers, laptops, etc. bear an Icasa stickers because that ensures that an equipment has passed the test for use in the country.