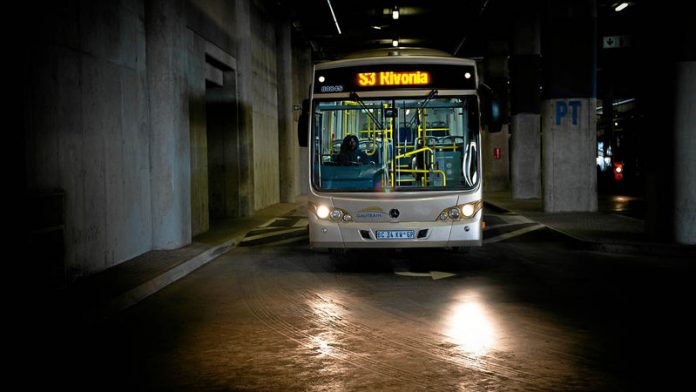 Thousands of commuters will wake up on Wednesday to the nationwide bus strike that is set to kick off at 05:30 while taxi and rail operators are bracing for crowds and long queues.

Nationwide bus services such as MyCiTi in Cape Town, Putco, Rea Vaya and Gautrain bus service in Gauteng and Algoa Bus Company in the Port Elizabeth area are among those whose services will be suspended.

Others include Greyhound, Buscor and Mphakathi in Mpumalanga, Bojanala in the North West, Mayibuye in East London, Go George in George, Areyeng in Tshwane and Lowveld Bus Company in Limpopo.

The National Union of Metalworkers (Numsa) of SA, which has members in the bus sector, said they had rejected a 7% increase and were demanding 12%.

Other demands included a subsistence allowance for drivers who did doing long distance travel, and were forced to sleep out.

“Numsa wants to inform the public that the decision to embark on a strike was not taken lightly. In fact, we took this decision as a last resort,” said the union’s general secretary Irvin Jim.

He urged bosses to return to the negotiating table as soon as possible for a quick settlement.

While having no beef with the bus drivers’ strike, CUTA is expecting Wednesday to be very busy, and will start operations earlier than usual at 04:00.

However, Stofile said taxi owners were bound by very strict route permits so they may not go off-route for commuters. Going off-route would lead to permits being revoked, so there are areas where they will not be able to operate.

Taxis ask for bus lanes to be kept open for them

For example, there is no direct legally permitted minibus taxi route between Table View, north of Cape Town, and the CBD, he said. This is due to agreements that set in place the Integrated Rapid Transport system which includes the MyCiTi bus, whose drivers will also be on strike.

Instead, to travel to Cape Town CBD for work by minibus taxi, Table View residents will have to catch a taxi to the Joe Slovo taxi rank, and then change taxis to catch a taxi into the CBD. The return journey is done in reverse.

Stofile said it would be a great help to taxi drivers if private vehicles kept the right-hand lane of the N2 open for them for ferrying commuters to work and back.

This lane is usually reserved for buses and taxis during peak hour.

JP Smith, member of the mayoral committee for safety and security and social services for the City of Cape Town, urged drivers of private vehicles to obey the law in this regard

“I have no clue how I am going to get into town tomorrow,” said one student at the MyCiTi Civic Centre terminus in Cape Town.

“There are no taxis in my area, so I will have to walk quite far to get to an area where there are taxis,” he added. “I just don’t know what I am going to do.”

A woman waiting for a bus at the Golden Arrow bus station in Cape Town, works in a tuck shop, and said that her boss told her “safety first” regarding the bus strike, and gave her the option of staying at home.

“So I will probably stay at home,” said the woman who was not sure if she would get her pay for the day of work she would probably miss.

She does not live near a rail route, but Metrorail said it would monitor the situation and extend service times where possible.

The vendors who rely on passing trade at the Golden Arrow bus station said they would probably also stay at home for the day as a precaution.

A cellphone repairman said he would make the call on Wednesday morning whether it would be safe for him to go into work next to the bus station.

“I will just wake up and decide,” he said.

Meanwhile talks to resolve the bus drivers’ pay dispute could start at the Commission for Conciliation Mediation and Arbitration (CCMA) as soon as Thursday.

“Unfortunately we were not able to stop the strike. But we hope to start at the CCMA on Thursday,” said Gary Wilson, secretary general of the South African Road Passenger Bargaining Council on Tuesday afternoon.

Comment was not immediately available from the CCMA, but South African Transport and Allied Workers’ Union spokesperson Zanele Sabela said the union had just received the news that the CCMA would intervene. ― News24

South Africa’s steel producer’s earnings dropped in the first quarter of 2020 because of low demand and a lacklustre economy, exacerbated by the Covid-19 lockdown
Read more
Coronavirus

It is clear that the democratic government has failed the taxi industry, not only now during the Covid-19 pandemic, but for decades.
Read more
Sport

The business rescue practitioners say 29 of the fleet of 48 planes, various routes and inefficient services also need to go in the state-owned airline is to survive
Read more
Advertising