I attended a talk the other day on the dignity of the elderly at the institution where I work. The speaker argued that dignity is a foundational ethical value that ought to guide medical practitioners who deal with elderly people.

What defines dignity in her view are capabilities that are vital to the maintenance of a good human life, such as practical reasoning, imagining, sensing and moving about in space.

These capabilities are prone to weaken among elderly people owing to the illnesses and discomforts that frequently attend their lives. The speaker argued that medical practitioners ought to pay special attention to what threatens their dignity in this way.

One of the questions I had was whether a morality based on the dignity of the human being had come to ruin in the death camps in Nazi Germany. The same question could have been posed about to the Gulag in Soviet Russia, or the Armenian, Cambodian, Rwandan and Bosnian genocides, or that of Darfur.

Can the notion of dignity be used as a foundation of morality or of the rights of men and women (which is how the United Nations Charter refers to it) in such a context?

There is a test by which this can be decided. The test is to see whether the concept of dignity can explain the reality of its violation. I think that it fails deeply in that regard. If that is true, then the historical and moral pertinence of the concept of dignity will prove to be fairly limited and narrow. 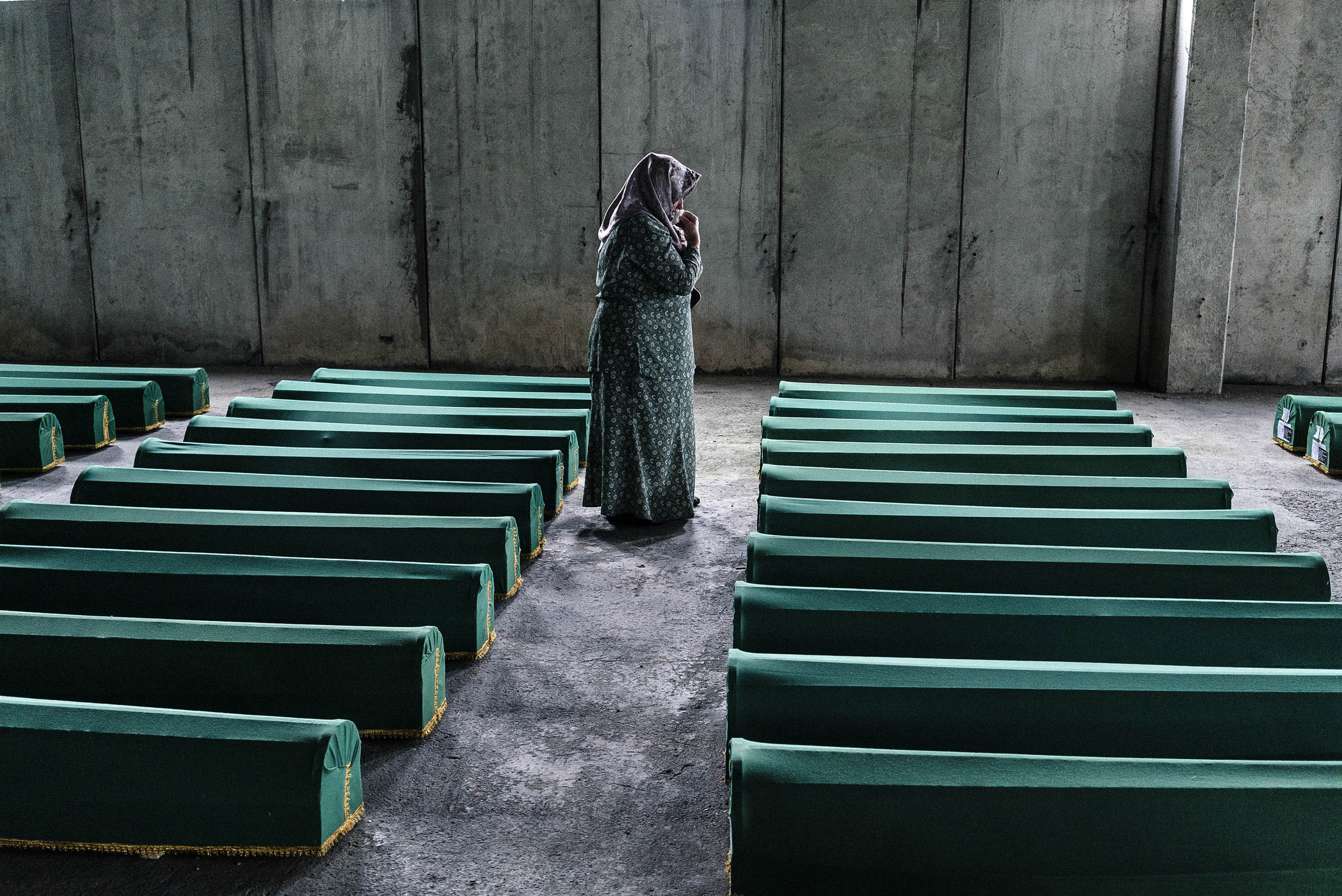 A Bosnian mourns. About 8 000 Muslim men and boys were killed by Bosnian Serbs after the fall of Srebrenica in 1995 (Dimitar Dilkoff/AFP)

Legal theorists and ethicists usually cite rape, trafficking, torture and slavery as cases of violations of dignity. These cases represent instances of degradation, humiliation and dehumanisation. In each of these cases, a human being is being used as a means.

When such violations are theorised, one tends to refer to the philosopher Immanuel Kant who, in his Groundwork of the Metaphysics of Morals, opposes what has dignity to what has a price.

What has a price for Kant is equivalent to something else and can be substituted for it. A pair of shoes on the market, for instance, has a price. It can be exchanged for another commodity of the same worth.

What has dignity, on the other hand, is irreplaceable or unique. It has intrinsic worth. This is what is typically meant by a person as opposed to a thing. A thing has instrumental worth, whereas a person has dignity.

Reducing a person to a thing and using him or her as an instrument is degrading, humiliating or dehumanising. But such violations of dignity leave the human essence intact. They presuppose it in the same way that a crime presupposes the law that it violates (there’s no such thing as a “crime” without the law that prohibits the action in question).

Auschwitz and the Gulag, the genocides of Cambodia, Rwanda and Bosnia were systematic and organised efforts to destroy the human essence. They did not leave the identity of the human being intact. They consumed it and left it irreversibly fractured, wounded and traumatised. To evoke the concept of dignity against the background of the horrors of the 20th century looks to me like a desperate attempt to mask this indelible wound.

Friedrich Nietzsche said “God is dead” in a work published in 1882. Some people have argued that this became a fact in 1942 when the death camps opened in Poland. The temptation is strong to use the word “evil” in this and in other cases such as the Gulag and the other genocides instead of “violation of dignity”.

Philosophers, ethicists and legal theorists do not often talk about evil. They prefer to talk about rights and wrongs, justice and injustice. There seem to be good reasons for this.

On the other hand, the political discourse of the right tends to use the concept of evil to suppress critical thinking and to neutralise political action. An example of this is the talk of the “axis of evil” produced by the George W Bush administration in the United States in 2002 in response to the events of 9/11. Its aim was in part to paint Islam as a “religion of violence and evil”.

The question, then, is whether it is possible to describe the genocides of the 20th century as “evil” in a setting that avoids both pitfalls: the theological one that seeks to justify evil in the world and the ideological one that numbs thought and action.

How is the word evil to be understood in this context?

Adolf Eichmann deported millions of Jews to the death camps. Arendt, who attended his trial, understood that the unspeakable crimes committed by Eichmann were not motivated by some satanic wickedness or larger-than-life demonic intentions. Commonplace motives that we can imagine any clerk to have were the springs of his actions: a desire to impress his superiors, to do his job well and to advance his career.

Thought otherwise than as an intention or an action, evil can signify a break with normality, a tear in the fabric of the world. In the face of evil, the categories of thought break down, the sense of the world collapses. It is in the nature of evil to exceed all bounds. In the words of Emmanuel Levinas, “evil is an excess”. 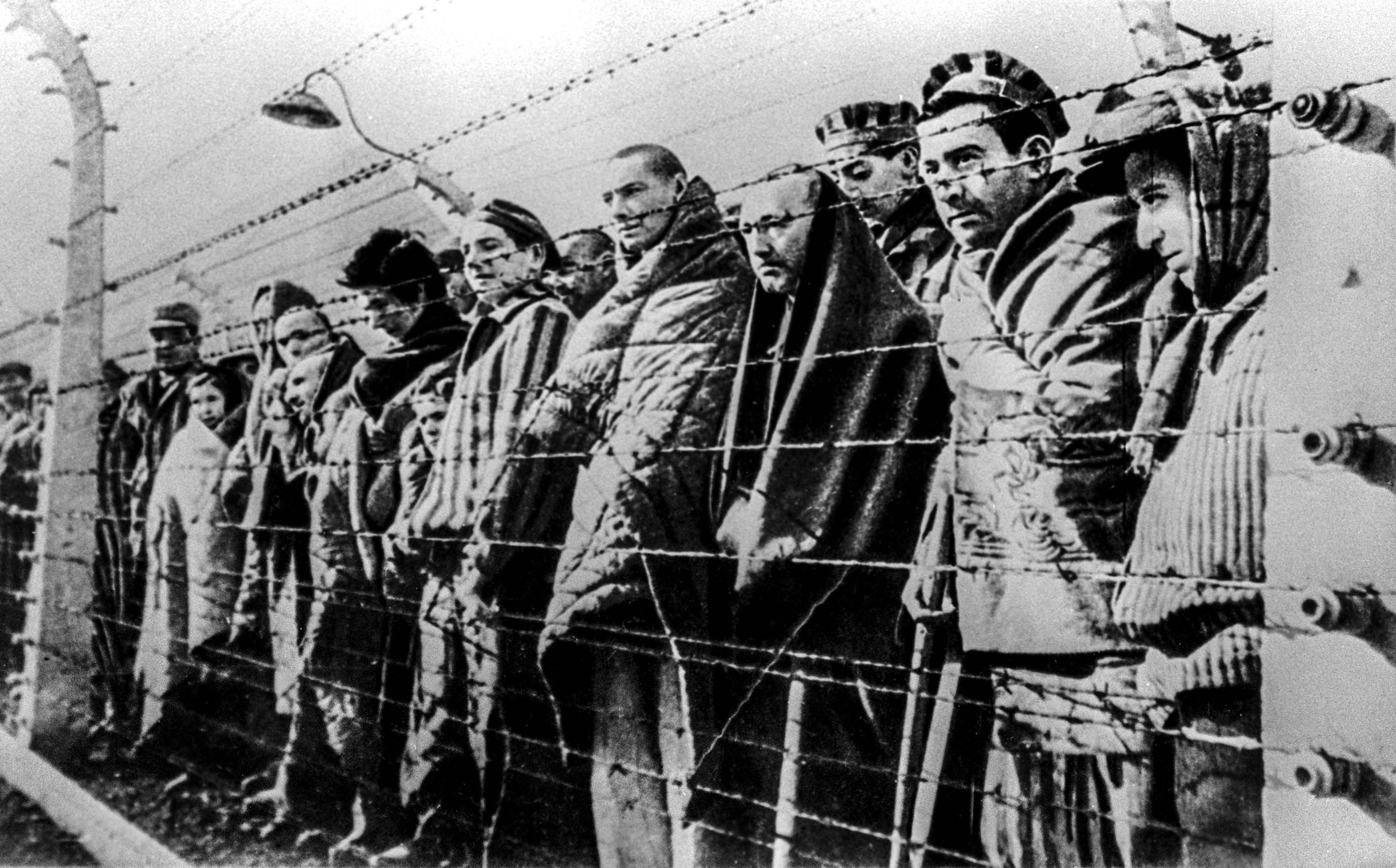 Some inmates of Auschwitz concentration and extermination camps were freed at the end of World War II. The Nazis and their collaborators killed six million Jews and millions of other people. (Ria Novosti)

Evil in the 20th century no longer had anything to do with selfishness (or self-love, in Kant’s words). The violence of the death camps, of the Gulag, of the genocides, consisted not only in excluding people but also in doing so in such a way that there remained no trace of the victims, so that no one was left to testify to their exclusion.

Victims whose remains cannot be identified, whether because they were burnt in the death camps or were made to disappear in other ways, also cannot be remembered and mourned. Such victims haunt the mind. In a situation where the victims are countless and their remains are unidentifiable, it is impossible to know what or who to bear witness to. Perhaps that is the experience that has been most thought-provoking in the past few decades: How are we to cope with the impossibility of bearing witness, with the impossibility of mourning and remembering the victims of the genocides of the 20th century?