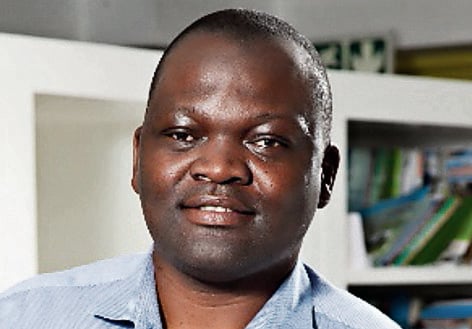 Brilliant Petja works for the Water Research Commission as research manager for climate change. He received a Bachelor of Environmental Sciences in Ecology and Resource Management, and Geography, and honours in Ecology and Resource Management from the University of Venda. He also obtained a Master of Science in Geosciences (with specialisation in Remote Sensing) from the University of the Witwatersrand. He received a Doctor of Philosophy in GIS (geographic information systems) and Remote Sensing from the University of Limpopo and postgraduate training in Climate Change Mitigation and Adaptation from the Swedish Meteorological and Hydrological Institute.

His areas of expertise include applications of GIS and Remote Sensing in global change (climate change), natural resource management, rural development, public health and epidemiology. He previously worked as a remote sensing researcher for the Agricultural Research Council – Institute for Soil, Climate and Water, Pretoria where he also served as a project manager. He was also employed by the Limpopo Department of Agriculture as a specialist researcher: site specific/ precision farming and scientific manager.

Petja worked for the World Meteorological Organisation (WMO) in 2006 as a WMO Regional Expert on Management of Natural and Environmental Resources for Sustainable Agricultural Development (Africa Region) where he was also a member of the WMO Commission for Agricultural Meteorology. He previously served as an expert advisor for agricultural risk and disaster management and was a founder member to the National Agrometeorological Committee (department of agriculture, forestry and fisheries). 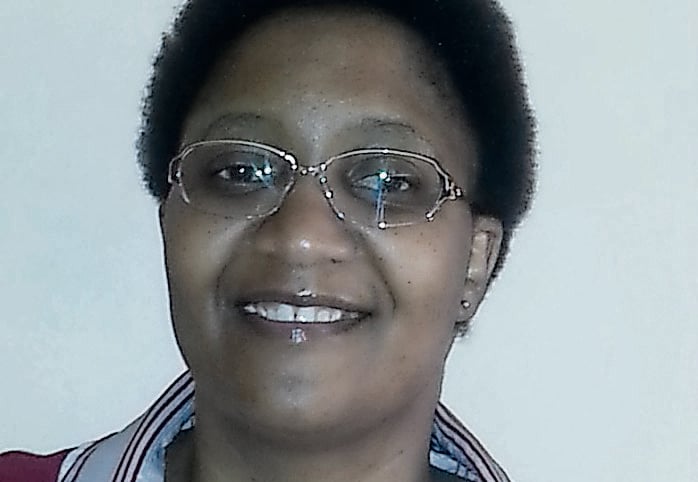 Dr Mangi Mgquba has a background in environmental sciences. She completed her PhD in 2011 at the University of the Witwatersrand. Her main area of interest is research on climate change, specifically focussing on climate change impacts on water resources, climate change adaptation, drought and desertification. She has extensive experience as well on international climate policy as she has been involved in this field for over 10 years.

She is currently in the department of water and sanitation as the head of the Climate Change Research and Advice unit under the Integrated Water Resource Planning Division. Her unit is responsible for, among other things, the development of policy documents and response strategies to climate change for the water and sanitation sector and the understanding of climate change impacts and how they are likely to affect the sector, as well as suggesting appropriate adaptation options for the sector. 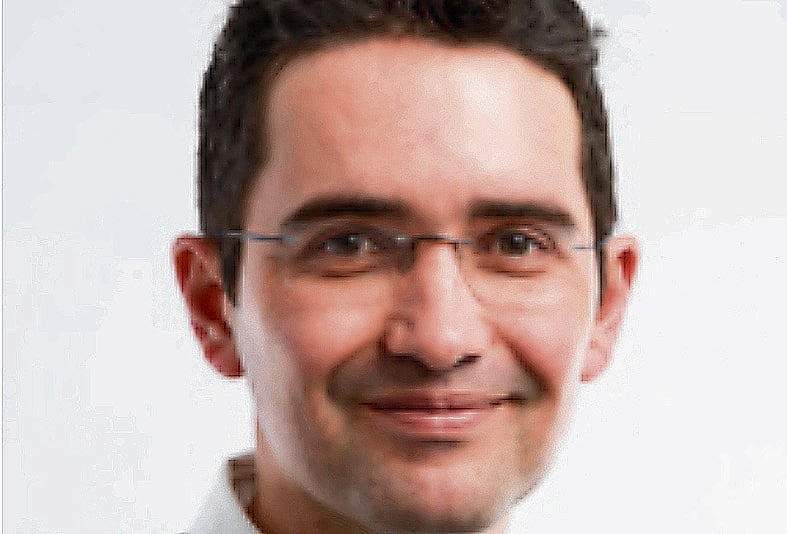 Professor Francois Engelbrecht leads the Climate Studies, Modelling and Environmental Health Research Group in the CSIR Natural Resources and the Environment Unit. He specialises in the fields of numerical climate model development and regional climate modelling, and leads the development of an African-based Earth System Model at the CSIR, in collaboration with national and international partners.

Engelbrecht has published widely in the fields of climate modelling and the projection of future climate change in Africa. He is an honorary research associate of the University of the Witwatersrand in and is an associate professor at North West University, where he supervises the research of a number of postgraduate students specialising in climate modelling.

Engelbrecht is a member of the Working Group on Numerical Experimentation of the World Climate Research Programme, and has on two occasions been awarded the Stanley Jackson award for the best paper published by a South African in the field of Atmospheric Sciences in that year. 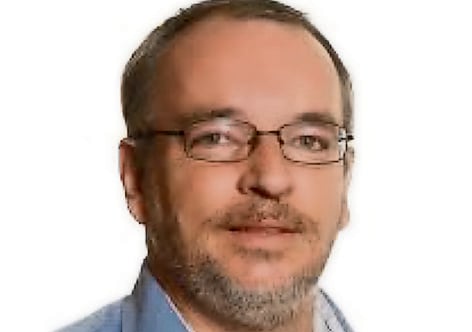 Professor Hannes Rautenbach graduated with a BSc in Meteorology in 1987. He then joined the South African Weather Bureau in 1988 as a meteorologist, and in 1991 became a senior meteorologist. In 1991, he joined the newly established Cordata Chair in Meteorology as a research assistant in the department of civil engineering at the University of Pretoria (UP). In 1995 he was appointed as lecturer, and was promoted to senior lecturer in 2000, and to associate professor in 2006. During this period he also served as co-ordinator of the Meteorology Unit at UP. In 1999 he received a doctorate in Meteorology from UP.

In 2006, Rautenbach became head of the Department of Geography, Geoinformatics and Meteorology, a position that he held for eight years until 2014. He also served between 2010 and 2014 as director of the UP Water Institute. Between 2005 and 2010 he was president of the South African Society for Atmospheric Sciences, and still serves as a board member of the National Association of Clean Air. He also served on various bodies that evaluate research and was leader of various research projects at, among others, the Water Research Commission and the National Research Foundation.

He has published more than 47 scientific papers in accredited science journals and presented more than 100 talks at national and international conferences. As an established researcher he is rated as a C2 scientist by the National Research Foundation. In 2016 he was appointed as Chief Scientist: Climate Change and Variability at the South African Weather Service, as well as extraordinary professor by the UP School for Public Health. 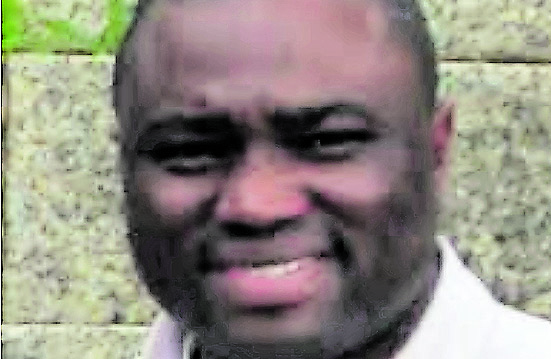 Dr Babatunde Abiodun is an associate professor at University of Cape Town (UCT), where he lectures and co-ordinates the Atmospheric Science Programme for the department of environmental and geographical science. He is also an adjunct professor at the University of Missouri, Kansas City. Prior to joining UCT in 2008, he was a postdoctoral research associate at Iowa State University (ISU) and a lecturer at the Federal University of Technology, Akure (Nigeria).

Abiodun’s research interest is in development and application of atmospheric modelling. At ISU he led the development of a global atmospheric model with grid adaptation. He is an international scholar who has published more than 50 peer-reviewed papers in high-profile international journals. He served as a lead author in the Intergovernmental Panel on Climate Change (IPCC) Fifth Assessment Report on Climate Change (AR5) 2013: The Physical Science Basis.

His has been funded by agencies such as the global change System for Analysis Research and Training, the South African National Research Foundation and the Southern Africa Water Research Commission, focusing on the development and application of climate models in improving knowledge on regionally-extensive drought over Africa, extreme weather and climate events, and impacts of reforestation activities on regional climates. He is a member of Council of the Society of South African Geographers. 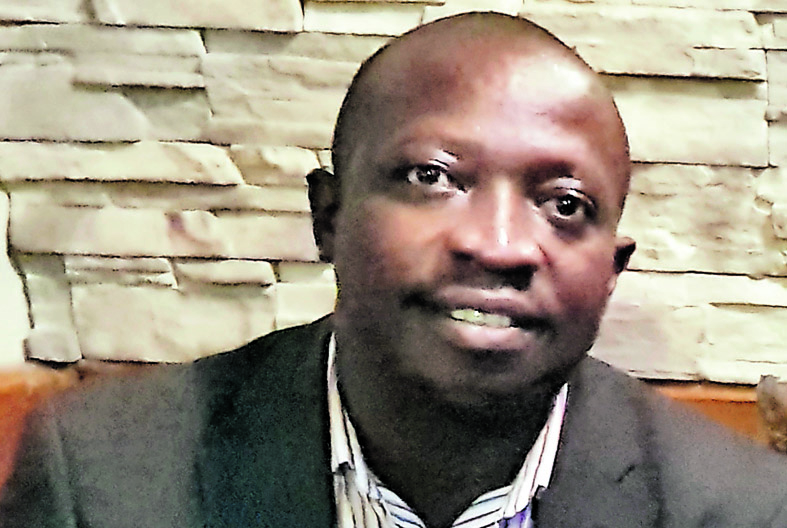 Dr Hector Chikoore trained as a meteorologist at the Bureau of Meteorology in Melbourne, Australia and earned an MSc (with distinction) in Boundary Layer Climatology and a PhD in Synoptic Meteorology from the University of Zululand. He has received additional training at leading climate centres such as the National Centre for Atmospheric Research at Boulder, USA; the Japan Agency for Marine-Earth Science and Technology at Yokohama; the Abdus Salam International Centre for Theoretical Physics (ICTP) in Italy; and Nanjing University of Information Science & Technology, China.

Hector’s research interests lie in extreme weather and climate events, their link to rising temperatures and evaporation in southern Africa, including the nature of African droughts and their impact on surface water resources, smallholder agriculture and human health. His research has been published in international journals, books and in conference proceedings. He supervises postgraduate students undertaking weather, climate and water-related research up to PhD and has also served as an external examiner for a number of South African universities. He is a board member of the South African Society for Atmospheric Sciences and is a member of the Society for South African Geographers. 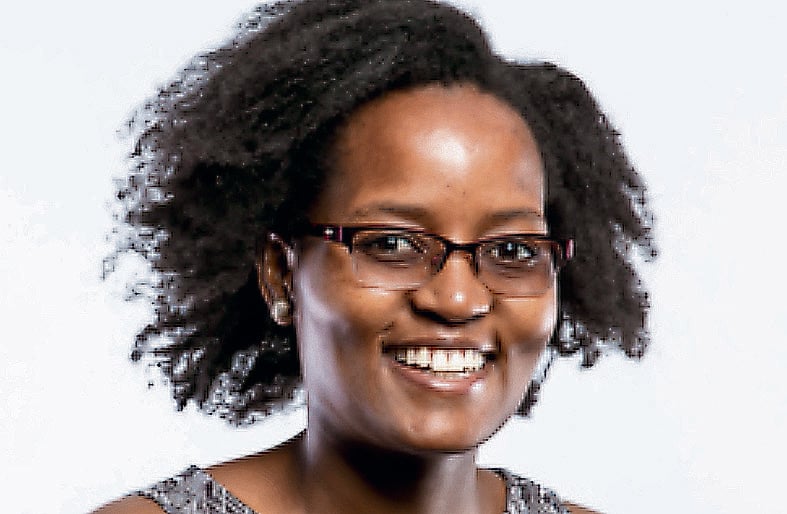 Dr Mary-Jane Bopape is the chief scientist at the South African Weather Service responsible for Weather Research. This involves the use of radar, satellite, the lightning detection network as well as numerical models to observe and predict weather from now to the medium range timescale.

Her research interests are in modelling clouds at high resolutions where clouds are captured explicitly, and modelling the boundary layer in the grey zones and inertial sub-ranges. She holds a PhD degree in meteorology obtained from the University of Pretoria, and she also worked as a postdoctoral research fellow at the University of Reading, UK. She has experience using regional climate models to study climate on seasonal to multi-decadal timescales and has also published in these areas. She co-supervises postgraduate students at the University of Venda and lecturers on a part-time basis at the University of Pretoria. She is a co-recipient of the 2008 World Meteorological Organisation award for young researchers, and won the 2013 CSIR Natural Resources and the Environment most promising young researcher award. 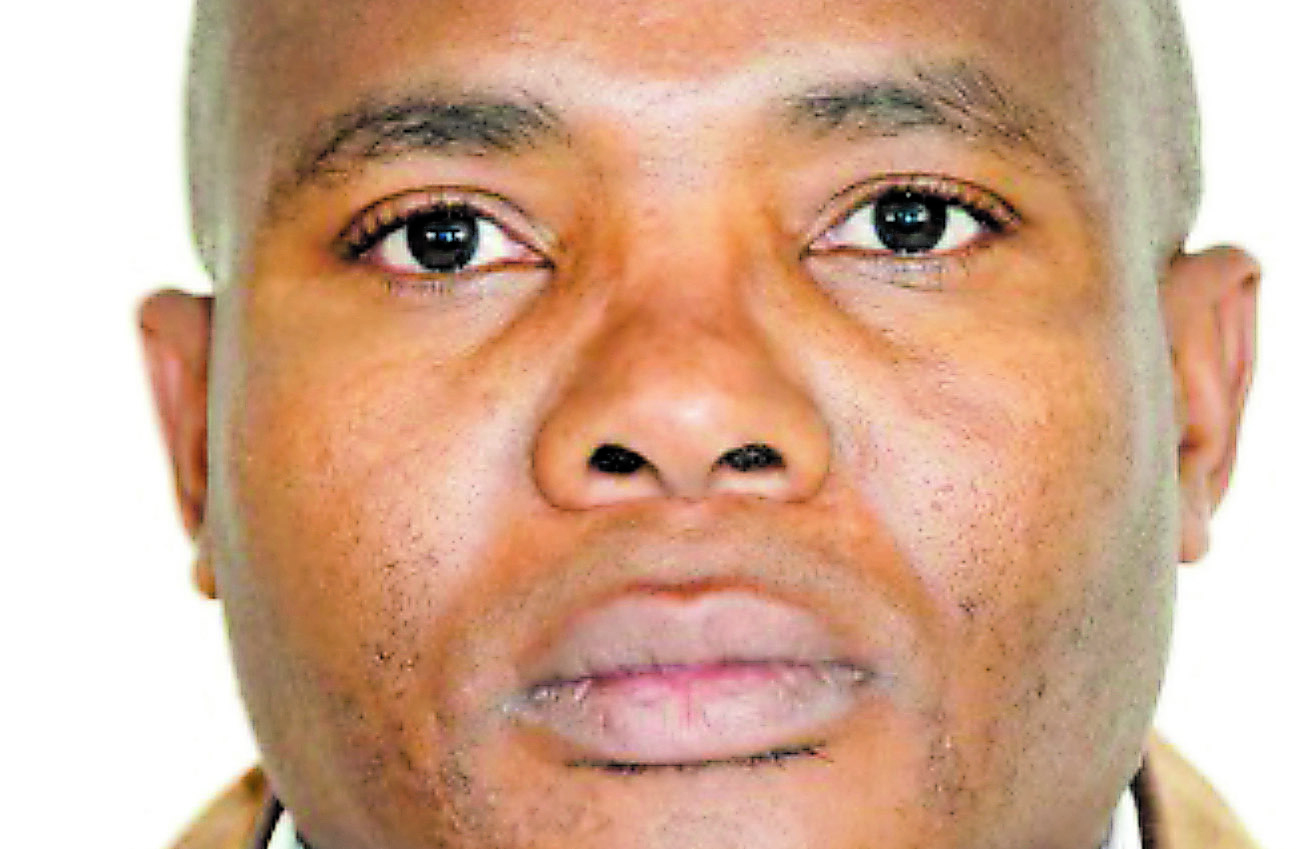 Matiga Motsepe joined the department of agriculture, forestry and fisheries (Daff) as an agro-meteorologist in 2004, working in the Early Warning Unit under Agriculture and Disaster Risk Management. He has been deputy director of the Climate Change Unit in the Climate Change and Disaster Management directorate since 2006. He is responsible for implementing an effective climate change programme at DAFF and has represented DAFF in international climate change negotiations under the United Nations Framework Convention on Climate Change since 2006. He holds a BSc Honours in Meteorology and is currently enrolled for an MSc in Environmental Science at the University of South Africa. 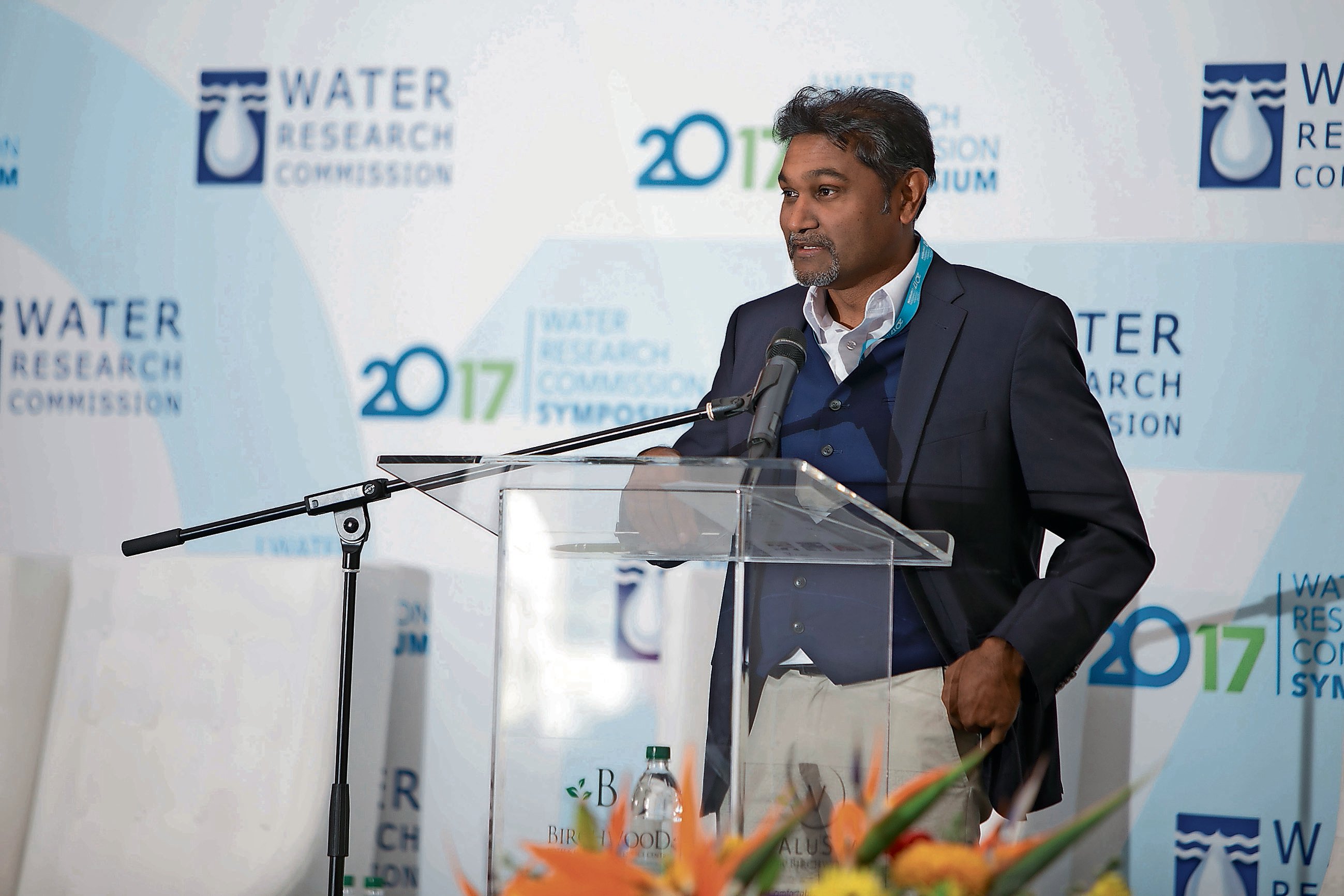 Dhesigen Naidoo is a leader, a scientist and an activist for social change. He has, as chief executive, led the Water Research Commission (WRC), South Africa’s dedicated national water and sanitation Innovation, Research and Development Agency since 2011. He has previously served in senior positions in the South African national government and South African universities, having begun his career as a medical scientist in a specialist paediatric hospital.

He works with the fundamental belief that the removal of water as a development constraint and the restoration of human dignity through improved sanitation will positively impact the future for billions of people in the developing world. He also has dedicated his and the efforts of the WRC, in vital local and global partnerships, to achieve the goals of universal access to water and sanitation through knowledge solutions and innovation.