On some days, Nkuli Mlangeni’s mornings start aboard a flight on her way back to South Africa after an in-and-out trip to a European country. On others, she sits in a Siyaya taxi from the Noord rank to get to a meeting in Bryanston, balancing a suitcase full of fresh merchandise on her lap.

Today, she sits wrapped up in a fleece blanket to shield her from the harsh cold of the Karoo — making time for a telephonic interview before attending a skills exchange workshop — and nursing a slight cold.

To balance her double-double life — as an entrepreneur and a student of the arts, while helping to cultivate skills in others — the concept of a fixed daily routine has become fictitious for the 36-year-old creative.

Mlangeni is the founder of textile company The Ninevites, which specialises in making high-end, hand-woven rugs. The name may be familiar to many after one of its creations, the Sankara rug, won Design Indaba’s Most Beautiful Object in South Africa award in 2017. But classifying her business only as an outlet for handmade textile designs fails to convey the aspirations Mlangeni is weaving into reality. 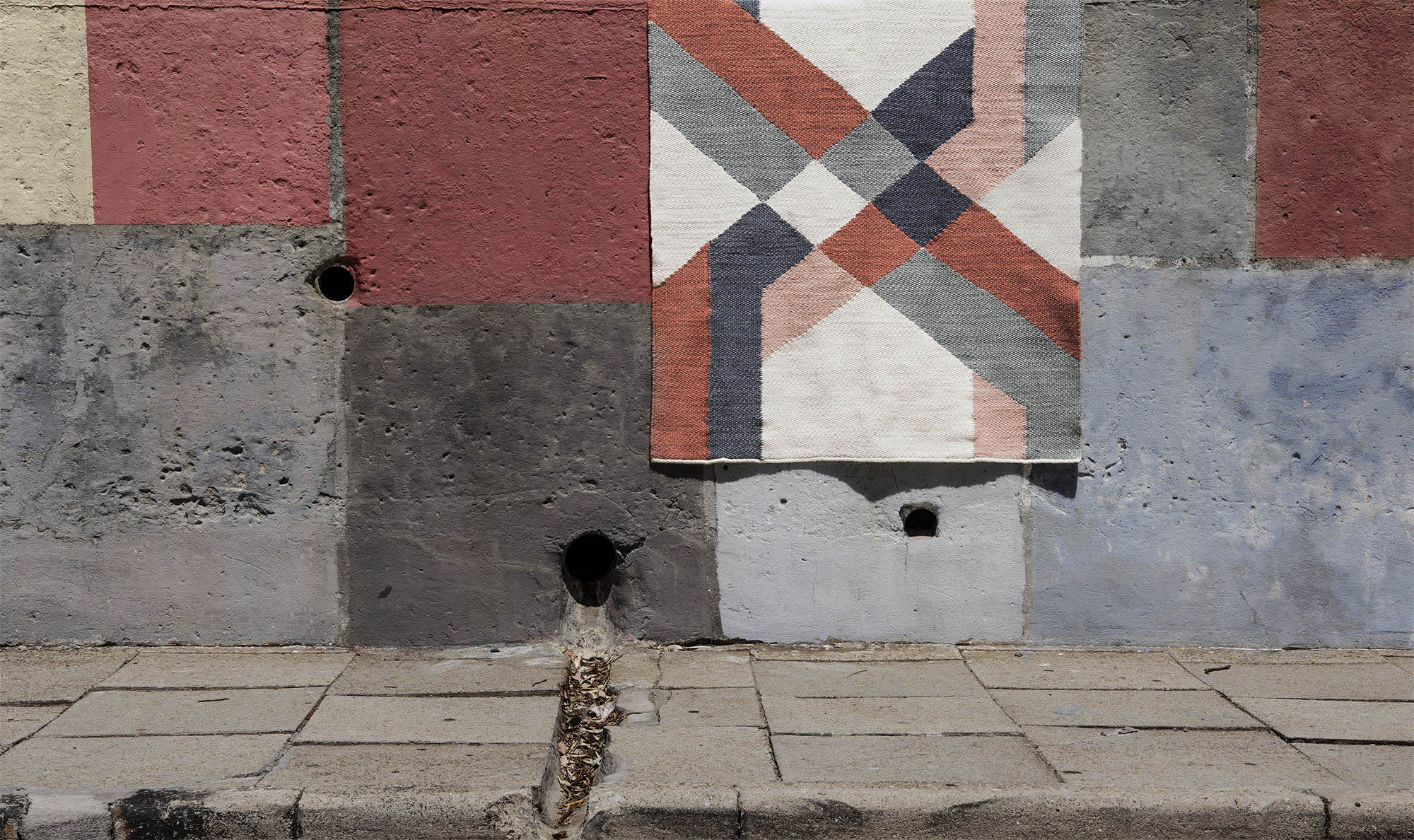 [The Ninevites specialises in hand-woven rugs like the Imitha rug (Photos: Simon Berg)]

In between hard breaths, sniffs and memories of the milder winters she spends at home with her mother in Kagiso, Mlangeni unpacks the role she hopes to play in the design world through The Ninevites.

“It’s a platform for me to share things I dig, you know. There’s a lot that I’m not down with in the design space. I’m conscious of the fact that we’re living in a country where there’s a lot of complaining. I’m in this space where the design world is so white and not very inclusive. So I’m trying to figure out a constructive way of doing this,” Mlangeni says.

“I want to speak up about stuff, but not in a way that adds to the noise. I don’t want to just sit there and bitch about it. I want to change things. So The Ninevites is a platform where I hope to get to a space where we’re not complaining about the exclusion and eliteness in events and exhibitions like 100% Design or Design Joburg any more.

“I want us to create our own thing and open up the educational part, so more and more young people can learn design and entrepreneurship. I’m hoping that at some point it’s not just a rug outlet.”

Although Mlangeni’s efforts have recently begun to pay off because of the recognition she has received, her journey did not begin in a linear fashion. After studying a short course at the Market Photo Workshop in the early 2000s, she tried her hand at fashion and the arts by doing freelance gigs as a stylist and a researcher. She then had the opportunity to be part of a social development project called Liberty Africa that provided young people with internships to familiarise them with various creative industries.

“I’ve always been a creative person but then I really got into the development side of things,” she says. “Things came together when I got a scholarship in 2013 to go study at a Scandinavian school called Kaospilot. It’s essentially a social innovation and design school with a progressive and alternative environment.”

In the last six months of studying, the institution gives its students an opportunity to do funded research on a topic of their choice.

After doing some research, she felt that the textile and craft industry in South Africa needed to be resuscitated.

“I realised is that, in South America and India, they have found an interesting way of including craft as a part of the creative economy. But in South Africa, craft is something that you get at the Rosebank flea market and the designs they are working with are a little outdated because they’re still creating them for the tourism market. They make things that they think are interesting to the European market, which is fair,” she says.

“So I was interested in how to be a part of this creative economy and how do we change the mind-set of crafters, because we have such amazing basket weaving and beading. That’s how I started the project: I posted the rugs on Instagram, people liked it and it gained momentum from there.” 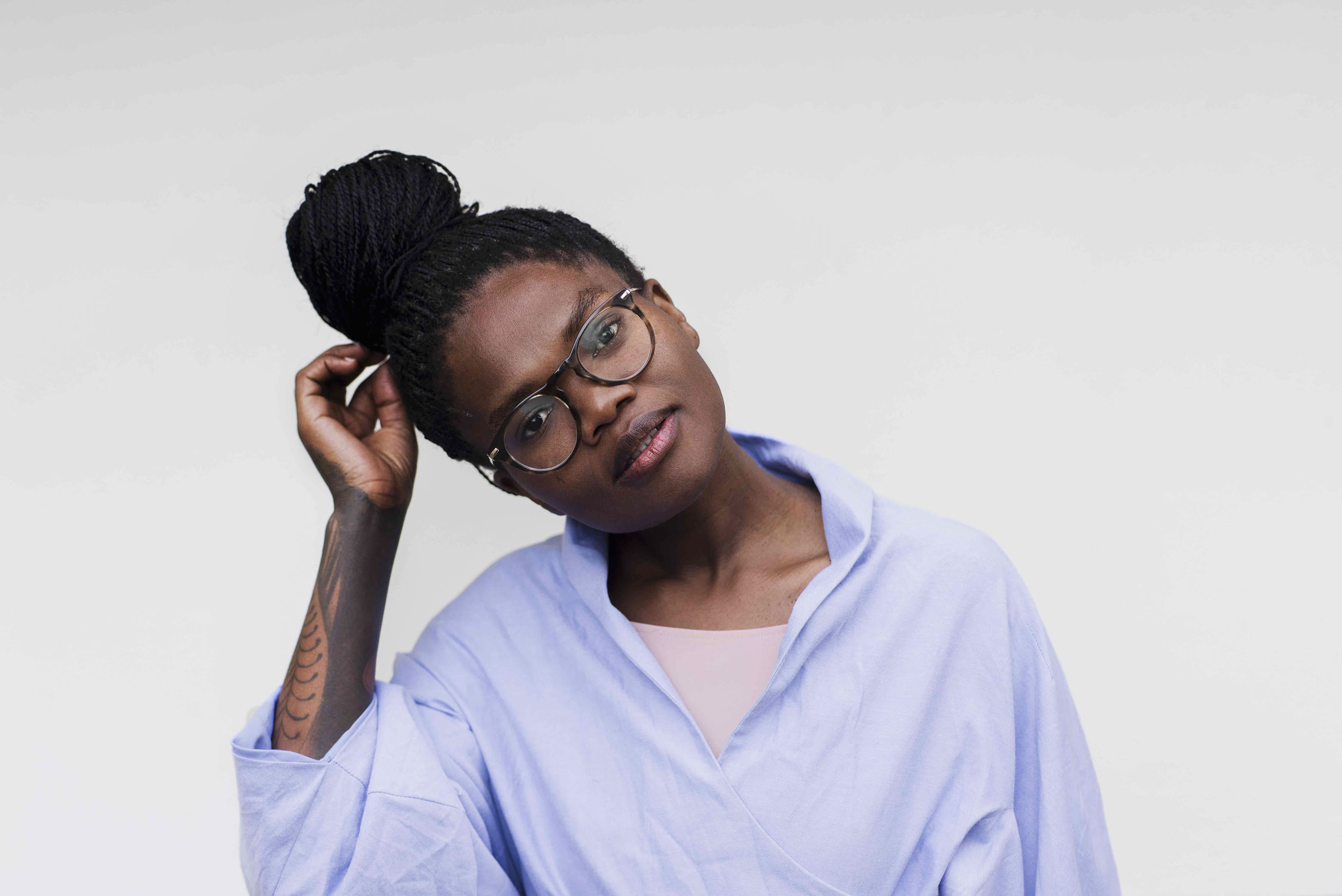 With her price tags ranging from R3 000 to R25 000 and a production output of roughly five rugs a month, it’s apparent that the process of creating each rug is an intricate one that cannot be rushed.

“It’s very slow production. The women that I work with make the wool using mohair. Mohair is very expensive. It’s a really beautiful thing; if we could afford mohair in South Africa it would be amazing. But to make the wool, they get the fleece from the Eastern Cape, then they have to spin it into wool. And once they’ve spun it, they have to dye it into the specific colour that the client wants. Then they spin it again, and clean it, and theeeeen they weave it.

“Once it’s woven, they have to shave it again, which takes quite a while. And all of those  processes take time and cost money,” says Mlangeni.

She is aware of how her price range narrows her market in South Africa, something she justifies by not branding her product as a household item but as an artistic investment. In response to this perceived exclusion, she makes use of local crafters in addition to passing the skill on to others in workshops such as the one in which she is currently taking part.

“I work with local artisans now. Initially, the rugs were made in Peru but now all the production is in South Africa. The thing is, handmade products that are made locally are much more expensive than a product that’s made in China. A normal rug is usually made using cotton and it’s not necessarily handmade locally. But for someone to invest in a rug that’s R10 000 is massive in South Africa,” she says.

“We’re living in a country where something that’s handmade and ticks all the fair-trade boxes is not a thing yet. We have other things to deal with.”