It was 5am when Oluwakemi Junaid’s waters broke. She was rushed to a brown, concreteblock bungalow — known as a “face-me-I-face-you“ in local slang — not dissimilar to the many overcrowded, multi-tenanted houses surrounding it in the bustling town of Epe in Nigeria’s southwestern Lagos state.

The man waiting here to deliver the baby has no medical qualification and the “clinic” he has fashioned from jumbled rooms is not registered with any health authority. But Junaid, like many Nigerian women, chose not to go to a hospital or health centre.

She wanted her child to be born with the help of a traditional birth attendant — someone who, according to a World Health Organisation (WHO) definition, initially acquired their skills by delivering babies themselves or by working with other birth attendants.

It is also someone who, depending on where in Nigeria you live, may use herbs, prayers, plastic bags and razors to aid births. Or who is known to apply ash, cow dung and hot compresses to umbilical cords.

But Junaid, who was pregnant with her fifth child, dislikes and mistrusts government health centres after her first four children were born in them.

“Most times when you go to hospitals, they don’t honour people’s life,” she says where she sits outside the face-me-I-face-you, chatting with four pregnant women over a meal of herbal soup and catfish. “They won’t allow people [family and friends] to take care of you.”

When she hears cries from within the clinic, Junaid rushes inside and returns with a warm bundle wrapped in a pink-and-white-striped blanket. She had given birth a few hours earlier. The newborn is called Stephanie.

It is the warmth and love of the place that draws her here, Junaid says, especially traditional attendant Alhaji Sulaimon’s easy-going manner with his patients.

“Giving birth with traditional birth attendants is far better than going to a health centre,” she says, unlatching Stephanie from her breast. “It’s true that they don’t have a medical background but they are good with delivery.” 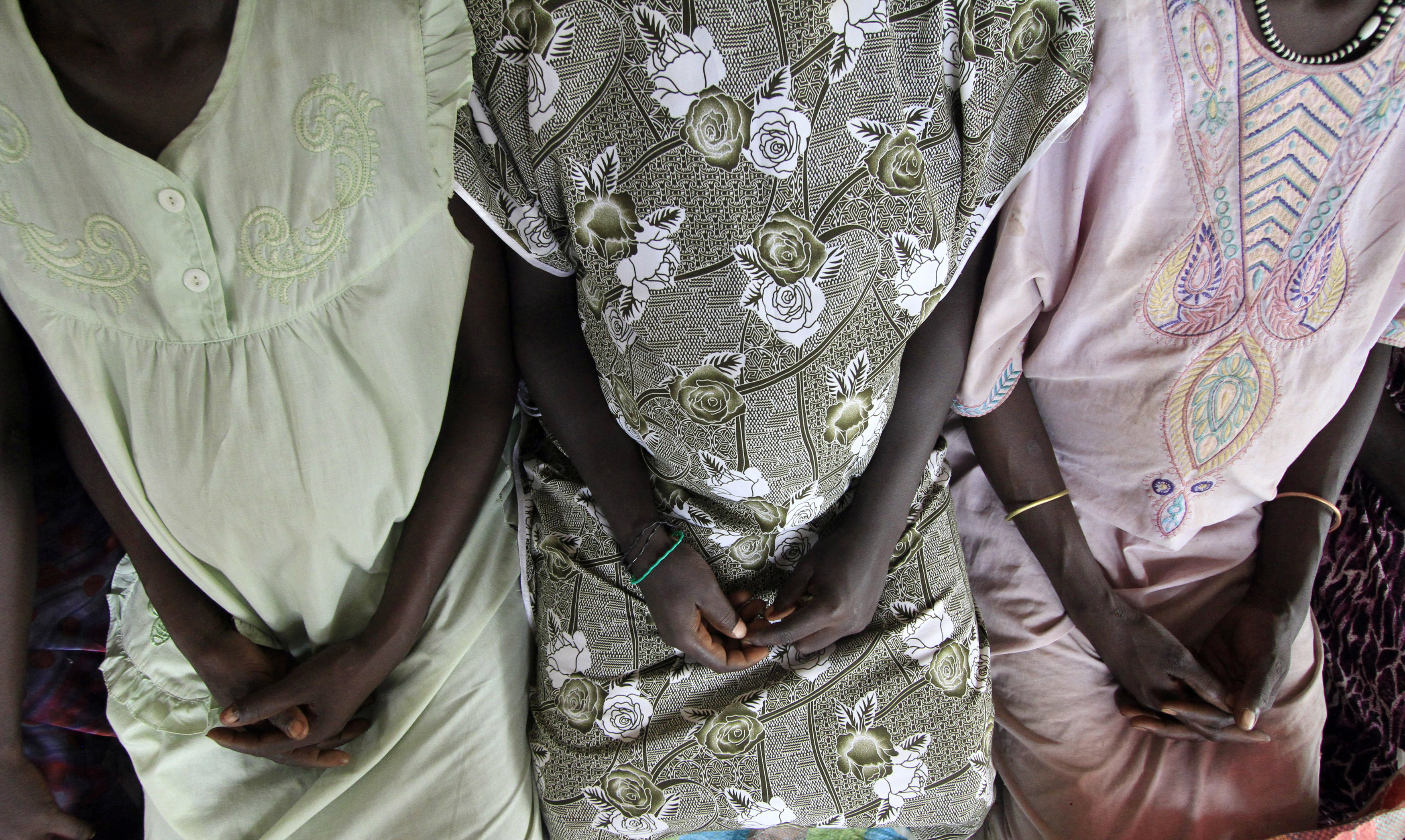 As a child, Sulaimon watched as pregnant women from all over the port town of Epe, as well as from nearby Ijebu-Ode and other parts of southwest Nigeria, came to his father to give birth.

Sulaimon’s father was a renowned attendant. The boy was an avid apprentice and learned everything he knew from his father.

As Sulaimon poses for a picture in the chair at his desk in a dimly lit room at his clinic, he just laughs when he is asked how many babies he has delivered.

Sulaimon himself is no stranger to acclaim. A wall in his office is covered with award certificates and recognition from local chiefs for his work with pregnant women.

For nearly three decades Sulaimon has followed his father’s ways, for example, using his bare hands to deliver babies.

But this is an unhygienic practice that can easily spread infection from an attendant to a mother or her newborn baby — and, along with accusations that many traditional birth attendants use unsterilised tools and are often illiterate and innumerate, has added to the controversy surrounding Nigeria’s thousands of birth attendants.

Infections including sepsis, pneumonia, tetanus and meningitis account for at least 26% of neonatal deaths in Nigeria, according to WHO data cited in the Federal Ministry of Health’s 2016 plan to end newborn deaths.

Nigeria is one of the most dangerous places in the world to give birth: The country’s maternal mortality rate was 576 deaths per 100 000 live births, its 2013 Demographic and Health Survey shows.

Maternal deaths, the WHO says, happen when women die while they’re pregnant, during childbirth or within 42 days of giving birth from any pregnancy-related cause.

Across Nigeria, only 43% of births are attended by skilled birth attendants, a 2016/17 WHO and Unicef survey shows. In the country’s northern regions, where the vast majority of states do not have doctors at primary healthcare centres and midwives are scarce, up to nine in 10 women deliver at home, Unicef’s maternal and newborn health specialist Garba Safiyanu told Bhekisisa.

Postpartum haemorrhage or excessive blood loss during birth is one of the major causes of maternal mortality in the country, though women in the north are at much higher risk.

“More than 50% of women dying as a result of childbirth are actually women who have bled, or have had postpartum haemorrhage,” Safiyanu says. “The fertility rate in northern Nigeria is very high. Women give birth to six, seven … [even] 11 children before they are 40. Obviously the tendency for haemorrhaging is very high.”

As a woman who has had multiple pregnancies, Junaid was also at risk of excessive bleeding.

But Sulaimon was prepared. And this time, as he had for the past two years, he did not use his bare hands.

“Now we are using gloves, a sterilising machine, scissors and a surgical blade,” he says. “So many changes and techniques have come into play.” 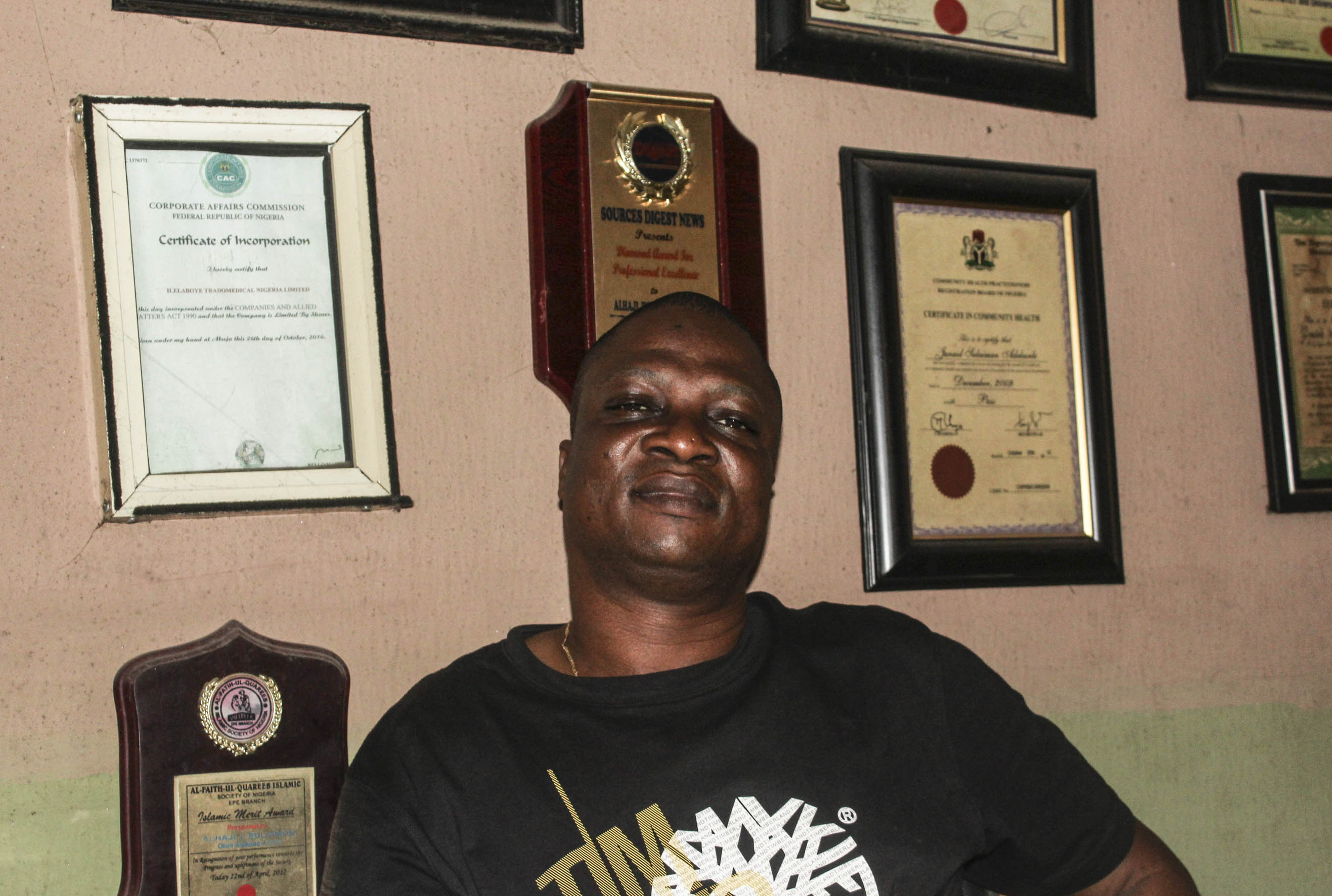 Like father, like son: Alhaji Sulaimon is a traditional birth attendant, a trade he learned from his father. (Festus Iyorah)

When Adepeju Jaiyeoba lost her friend to childbirth complications in 2011, she realised that, behind the numbers of Nigeria’s maternal mortality, there are faces, families thrown into grief and “children whose lives may never, ever be stable until they die”.

Jaiyeoba, a lawyer, wanted birth attendants to be trained — so she started the Brown Button Foundation, a nongovernmental organisation.

In the north, Jaiyeoba says, the foundation has opted to move away from the main cities and has trained birth attendants in hard-to-reach, far-flung places where access to healthcare is limited and healthcare workers don’t want to go, places where women have seen so many mothers die in childbirth that they seek spiritual protection when they are due to deliver.

“Going to the hospital alone is not enough. It requires some form of spiritual protection, in addition to anything that medics can offer you. [Women] believe that traditional birth attendants are able to offer them this spiritual protection that is highly necessary and needed at childbirth to prevent deaths,” Jaiyeoba says.

The Brown Button Foundation has trained more than 15 000 birth attendants across the country, its records show.

Sulaimon is one of them.

When he delivered Junaid’s baby, he also prompted her to buy a cheap (2500 Nigerian naira or R87) white package, with the pink and red logo of a mother cradling a child printed across the front. “ Mother’s Delivery Kit”, the label reads.

Jaiyeoba devised the kit in 2013, the online magazine BellaNaija reports, after a baby contracted tetanus from the rusty blade used to cut his umbilical cord. A serious bacterial infection, tetanus can lead to painful and involuntary muscle spasms that may interfere with people’s ability to breathe, the American non-profit research organisation the Mayo Clinic explains on its website.

The kit contains the usual necessary supplies — medication, antiseptics, surgical blades, mucus extractors and sterile gloves — that birthing kits in the rest of the developing world do.

But the Brown Button Foundation’s packs also provide four tablets that other supply kits — including those made available by government — do not.

The pills are life-saving and on the WHO’s essential medicines list to prevent and treat excessive bleeding during birth. But they have also caused a backlash from men in the deeply conservative and religious north. 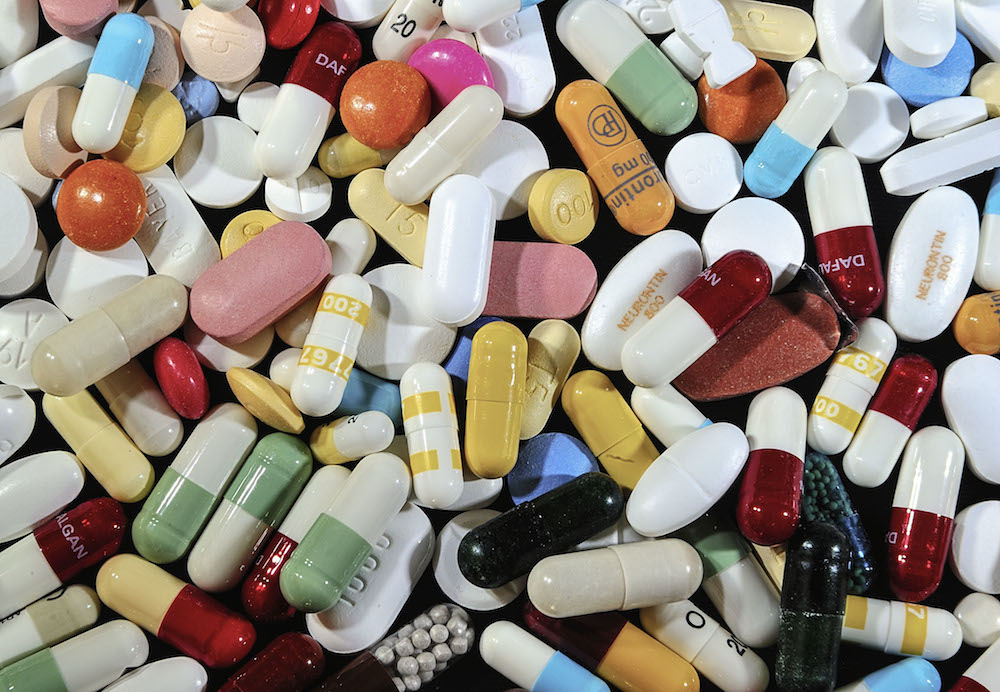 The WHO recommends the use of misoprostol for the prevention of postpartum where the drug oxytocin is not available. (Philippe Huguen, AFP)

It was two years ago, after Jaiyeoba listened to birth attendants in northern Nigeria explain their methods of stopping postpartum haemorrhages, that she introduced the drug misoprostol into the kits.

One woman said that she prayed to God when her patient began bleeding after giving birth.

Another “asked women to sit on a high chair and close their legs in the hope that their bleeding would stop”, Jaiyeoba told Bhekisisa.

The WHO recommends the use of misoprostol for the prevention of postpartum haemorrhage where the drug oxytocin is not available. It is ideal for use in low-resource settings as it is cheap, widely available and does not need to be refrigerated.

Misoprostol is approved for community-wide distribution across Nigeria for the treatment and prevention of postpartum haemorrhage, but it has also been added to the WHO’s essential medicines list for use as part of medical abortions.

For an abortion, the WHO recommends three repeat doses (of four tablets) at intervals of at least three hours. But the Mother’s Delivery Kits only contain four tablets and are available for sale under strict rules: only one kit per pregnant woman.

“In many communities they don’t want it. They believe it is an abortion drug,” Jaiyeoba says.

“In one state where we attempted to bring in the delivery kits, in the first month it was a total no. They actually put a stop to the whole [training] programme. They hated misoprostol so much that they wanted to put a stop to it. They didn’t care about the women who where dying from postpartum haemorrhages.”

“The second month was better,” she says. It was because the Brown Button Foundation agreed to make misoprostol available only to trained community health workers. Traditional birth attendants who require the drug for their patients have to go to them to access it.

In areas where Jaiyeoba has been able to negotiate the distribution of the Mother’s Delivery Kits prior to labour, she says, women have been given “the power to make decisions, the power to make contributions towards something that affects them”.

“They don’t have a lot of opportunities to do things or determine what they want to do with their lives.”

Even though Jaiyeoba has to pilot the training and use of kits every time the foundation goes to a new state, it has distributed 400 000 birthing kits to women in 30 of Nigeria’s 36 states.

Although some women may not understand the benefits of the kits, Jaiyeoba explains, the birth attendants who have been trained by the foundation do.

Sulaimon fortunately never needed to use the misoprostol when Junaid gave birth to Stephanie. He aided the baby’s delivery with the help of the surgical tools and medicinal supplies in the kit Junaid had bought.

“I learned a lot from the training,” Sulaimon says. “I use it every day. We have positive results now. [It is] so easy.”