100 Years of the Mandela effect

A critical thinking forum unpacking Nelson Mandela’s legacy took place at the Nelson Mandela Foundation on Tuesday, 26 June 2018, in partnership with the Mail & Guardian, KayaFM and SANRAL. In the wake of countrywide Nelson Mandela centenary celebrations, renewing the Mandela legacy, promoting active citizenship in a changing world and building communities is an apt way to revive the living legacy of the worldwide icon.

Attended by renowned individuals who added their views and insights, the panel was moderated by John Perlman from KayaFM. Professor Xolela Mangcu from the University of Cape Town joined the discussion alongside Jay Naidoo, a board member of the Mo Ibrahim Foundation. Lwando Xaso from ENSafrica added her voice and was later joined by Professor Noor Nieftagodien from Wits University.

Discussions surrounding the “measurements of a hero’s outcomes achieved, versus intentions” kicked off the panel.

Mangcu noted that Mandela was involved in almost every epoch of our liberation struggle, over six decades. “He was not just a figure of the 1980s or 1990s. He was a man who put himself at the front of every African people’s campaign and black people’s struggle in general, including the Youth League, defiance campaign, treason trial, the arms struggle and incarceration on Robben Island. He is a historical figure who is to be examined from the 1940s onward, to begin to appreciate the sacrifice of the man and not label him as a sell-out, as some people do today. We cannot tear our icons down like that.” 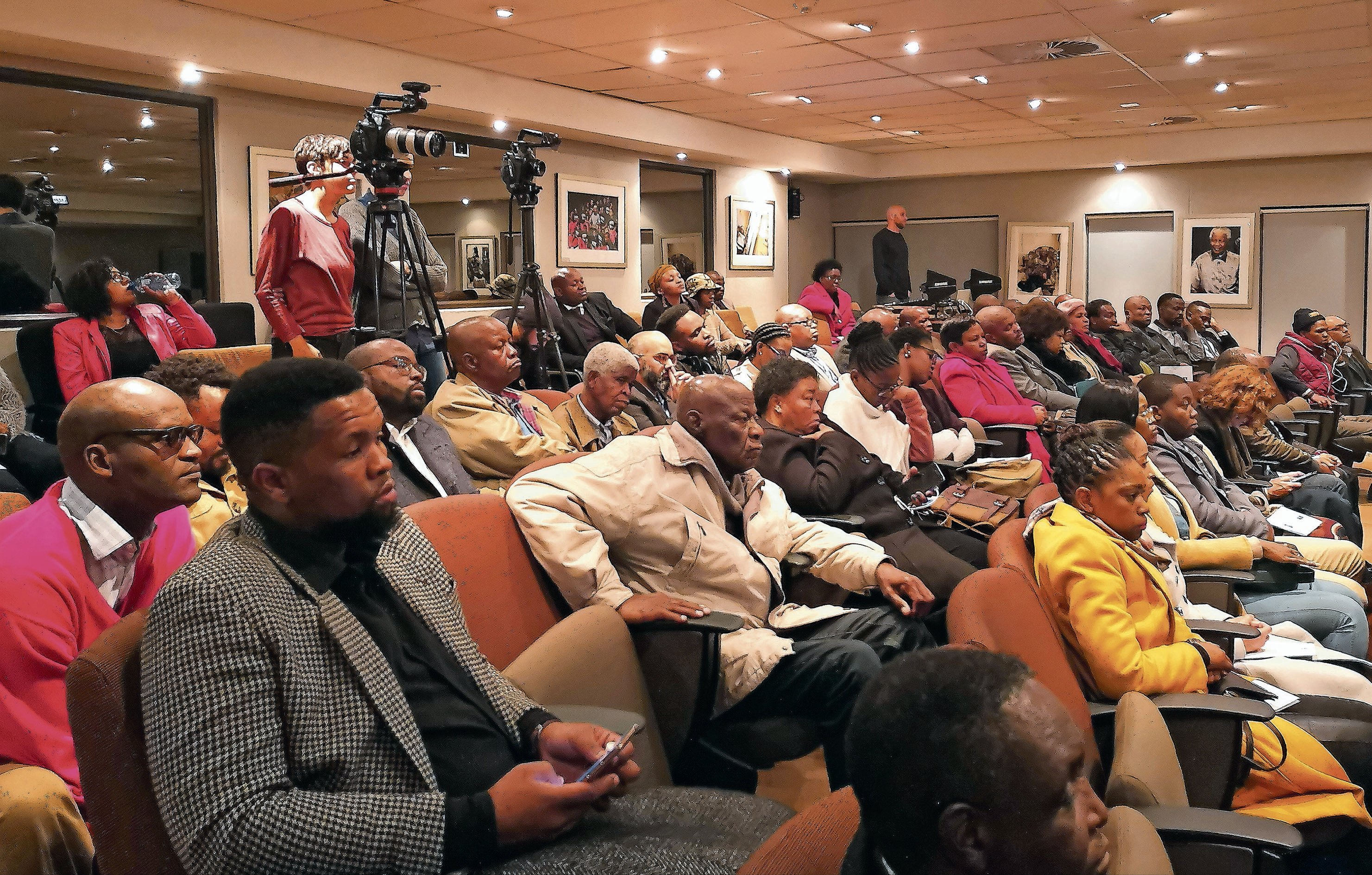 Xaso echoed these sentiments and made it clear that studying the trajectory of Mandela’s life was pivotal to understanding the man and the context in which he thrived.

Mangcu said: “We have gotten into this mode of comparing our icons against one another. It seems to me that we have to find a way of presenting an inclusive national narrative that doesn’t pit our icons against each other. Too often in this country, we find young people will pit Mandela against [Robert] Sobukwe or [Steve] Biko – as if all these figures are mutually exclusive. We need to find a better way of creating a national narrative.”

The progressive dialogue explored the challenges faced by South Africans today, through meaningful engagement. Many feel deep dismay regarding the high levels of inequality, low levels of economic opportunity and deteriorating race relations in our country. Some argued this might date back to the man who ushered in the new democracy: Mandela.

But can Mandela be blamed for all the shortcomings of a democracy 24 years later?

Not at all, said Naidoo. Putting it all in context, it was important to establish the mission of the Mandela generation, said Naidoo. “The legacy or mission was around a simple demand of ‘one person-one vote’ in a democratic, non-racial, non-sexist South Africa. The constitutional negotiations which stopped the war between white and black were escalating into a civil war, which would have caused tragedies and destruction of both human beings and infrastructure.”

Legitimate grievances about the state of the nation exist today, noted Naidoo. The state of education, jobs, housing, among others, is in question. As Fanon stated, it is up to each generation to find its struggle. Many questioned whether that struggle was clearly defined among the youth today. Naidoo was adamant that there is a Mandela in each of us. “We need to find out who we are and find our purpose to know how we can serve. We hang onto labels and a glorious past. But the past is gone. Mistakes were made. The new generation has to take matters into its own hands and decide what it is that will make the country realise the dream we had of 1994 and beyond.”

Noor said that we need to celebrate Mandela in a critical way, because the man was multi-layered. “We need to engage historically, in a way that opens up a very productive intergenerational conversation, which celebrates but also allows us to understand the multi-layered nature of Mandela. He made mistakes; he silenced people; but he was also a democrat. We need to bring all those complexities to the fore and not try to construct a Mandela who is one-sided to suit our contemporary ideologies and anxieties. We need to make it accessible and relevant, and incorporate the non-political dimensions regarding other aspects of heroes’ lives as well.”

Mandela served as a symbol of what we stood for, but he wasn’t the struggle, said Naidoo. “It was a struggle of ordinary people. History has been reduced to big names, because it is easier to sell what we want to sell. History was made by people. People are the engine of the people’s struggle. They are the motive force. We forget the essence of the struggle.”

It was noted throughout the discussion that people abandoned the interests that divided them and found common ones to unite them. If we haven’t done the work in 24 years, should we blame Mandela or ourselves? We can’t talk authoritatively if we don’t do the work and don’t stay informed.

The struggle was collaborative; not just a one-party struggle or a fight undertaken by one individual. Nelson Mandela served as a symbol and he did not make the struggle alone. As he laid the foundations for democracy, Mandela was pragmatic in his approach to politics. Strategy and tactics used were relevant to what he faced at the time.

“For me, Mandela epitomises what radical sacrifice means,” said Xolela.

Co-creation with the youth and older generation is key to building a better future and the world we want. Do we need more statues and awards, or do we pick up the baton and actually go live the legacy? What does that look like for us?