Whose injera is it anyway?

Injera, Ethiopia’s staple food, was invented by a Dutchman in 2003.

That’s according to the European Patent Office, which lists the Netherlands’ Jans Roosjen as the “inventor” of teff flour and associated food products. Teff is a plant endemic to Ethiopia, and the grain is used to make the spongy fermented pancake that Ethiopians eat with their meals.

Roosjen also has a patent for the “invention” in the United States — though he is patently not the inventor of a product that has been around for millennia. 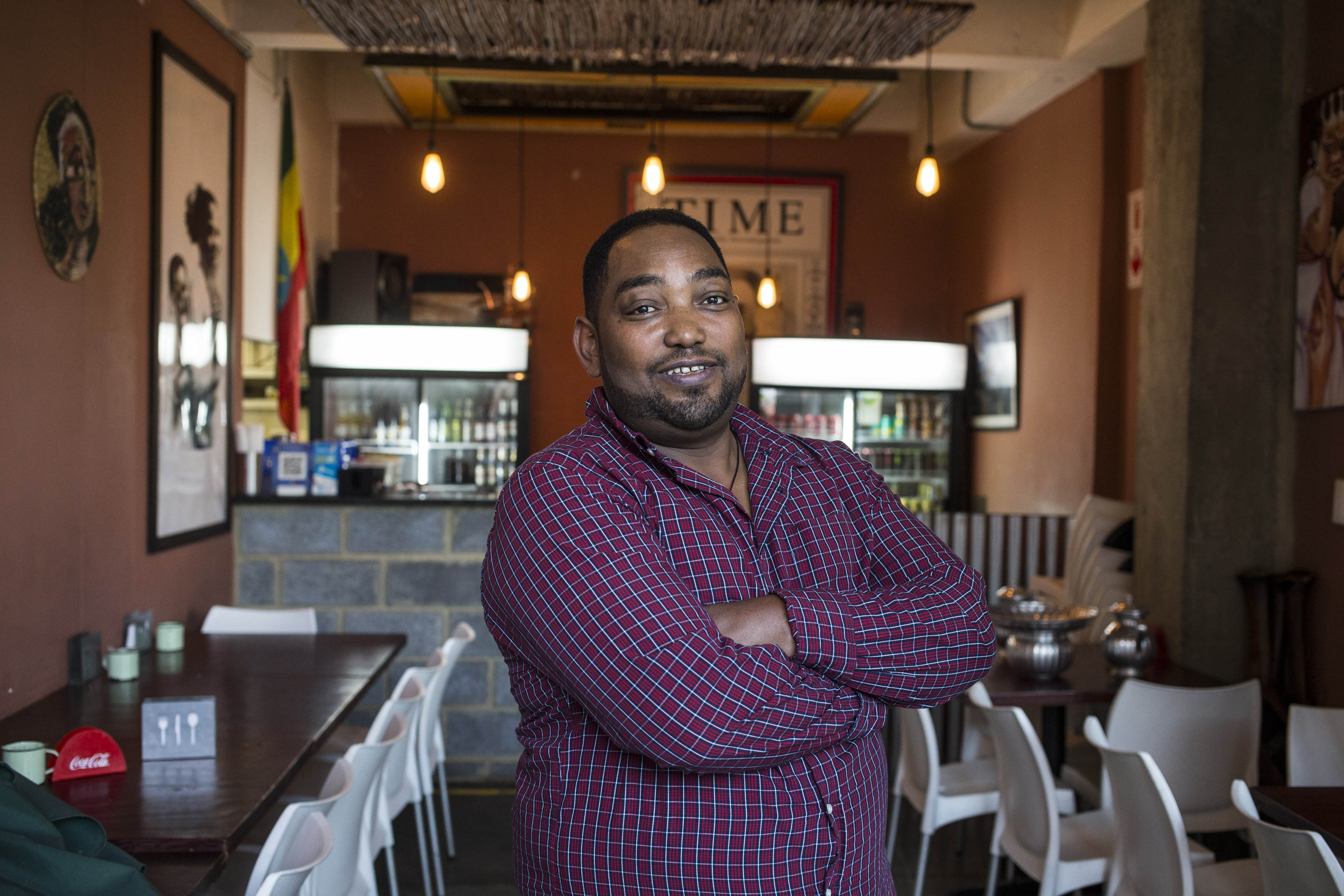 “For someone from Europe, from across the ocean, in a different continent, to come and say we patented teff and the copyright is ours …” Kassahun Gebrehana, owner of the Little Addis Café in Maboneng, Johannesburg, shakes his head. “Have they been eating it for centuries? We have.”

Gebrehana says it’s impossible to overstate the significance of teff and injera to Ethiopian cuisine and culture. “We are addicted to teff. We cannot live without it. Once I lived in Maseru and I would drive four-and-a-half hours to Johannesburg just to get some teff injera. We cannot say we eat food without injera.”

The story of how Ethiopia lost the intellectual property for teff and its associated products in Europe began in the early 2000s, with a bright idea: If Ethiopians love teff so much, why wouldn’t the rest of the world? The tiny grain — the world’s smallest grain, in fact — is gluten-free and rich in nutrients, beloved by hipsters and dieticians alike. It was, and remains, perfectly poised to take advantage of the global health food trend. Teff could be the next kale or quinoa.

Dutch researchers formed a company, which eventually became Health and Performance Food International, to explore options to market teff in Europe. Roosjen was a director. After many negotiations with different government entities, the company reached a deal with Ethiopia to plant and distribute teff in Europe. In return, it would send a hefty slice of the profits back to Addis Ababa.

These details are all courtesy of researchers Regine Andersen and Tone Winge, who in 2012 published a comprehensive paper on the subject for the Fridtjof Nansen Institute.

At the time, the deal was hailed as ground-breaking: for once, an African country was actually going to benefit from its precious natural resources. But not everyone was impressed: in 2004 the Coalition Against Biopiracy gave the Dutch company its award for the “most outrageous” deal: “The company appears to be oblivious to the fact that they are seeking to monopolise teff varieties that were developed over millennia by Ethiopian farmers and community plant breeders,” reads the citation.

In 2003, Ethiopian officials boxed up 1 440kg of teff seeds and shipped them off to the Netherlands. From there, it was supposed to find its way into kitchens all over Europe. Ninety-one Dutch agrarian entrepreneurs started growing teff, and that year 620 hectares were harvested.

But things did not go according to plan. The demand for teff never materialised, and the much-lauded deal earned the Ethiopian government a mere pittance: just €4 000 in total. In 2009 the Dutch company went bankrupt, meaning in effect that the contract was terminated.

But Health and Performance Food International had already applied for and been granted patents for the production and distribution of teff in Europe, and these did not lapse when the company went bankrupt. These patents are incredibly broad, covering most forms of teff flour, as well as all products that result from mixing teff flour with liquids. These include bread, pancakes, shortcake, cookies, cakes and, of course, injera.

“The company argued that such a broad patent was required to secure the investments in teff and thus also the prospects of benefit sharing with Ethiopia,” said Andersen and Winge.

“In practice, the teff patent excludes all others, including Ethiopia itself, from utilising teff for most forms of relevant production and marketing in the countries where it is granted. The patent was also filed in the USA and Japan.

“A development had started whereby Ethiopia was becoming sidelined. The country found itself squeezed out of position to utilise its own teff genetic resources — for example, through co-operation with other foreign companies — in Europe and wherever else the teff patent might be granted, while at the same time losing all prospects of sharing the benefits from the use of these genetic resources.”

Now Ethiopia wants its intellectual property back. Earlier this year, the Ethiopian Intellectual Property Office announced that it would do everything in its power to reclaim the teff patents, including legal and diplomatic action.

According to the state-run Ethiopian Herald, a government spokesperson said the country was losing money to European companies, which take advantage of the patent situation to supply teff products to international markets — without funnelling anything back to Ethiopia.