Finally Jiba must face the music

President Cyril Ramaphosa’s announcement on Wednesday that he will institute an inquiry into deputy prosecutions head Nomgcobo Jiba’s fitness for office signifies the end of the political protection she has been afforded for years, despite scathing criticism of her in a number of court judgments since 2013.

Ramaphosa announced that Jiba and special director of public prosecutions Lawrence Mrwebi had been given until August 10 to tell him why they should not be suspended, pending inquiries under the National Prosecuting Authority (NPA) Act, which could pave the way for their removal.

Yet a number of steps must be followed before they could be removed. Under the Act, the four deputies to the national director and special directors are appointed by the president but the president may not remove them. There must be an inquiry into their fitness for office and ultimately it will be for Parliament to decide. The idea is to ensure a measure of independence for the NPA’s top decision-makers.

In his announcement, Ramaphosa said the “allegations made in … various judgments have been in the public domain many years now”.

He was referring to the rebukes of Jiba and Mrwebi from high court judges and justices of the Supreme Court of Appeal (SCA) in several high-profile and politically sensitive cases. These were the prosecution of former KwaZulu-Natal Hawks head Johan Booysen, the litigation over the dropping of charges against former crime intelligence head Richard Mdluli and the marathon battle over the “spy tapes” — the recordings of phone conversations that were used to drop corruption charges against former president Jacob Zuma.

Gauteng’s high court Judge John Murphy said their conduct in the Mdluli application was “unbecoming of persons of such high rank in the public service”. In the Booysen decision, KwaZulu-Natal high court Judge Trevor Gorven said Jiba had responded to an accusation of mendacity with “deafening silence”. And SCA Justice Mahomed Navsa said Jiba’s conduct in the spy tapes litigation was “not worthy of the office of NDPP [national director of public prosecutions]”. 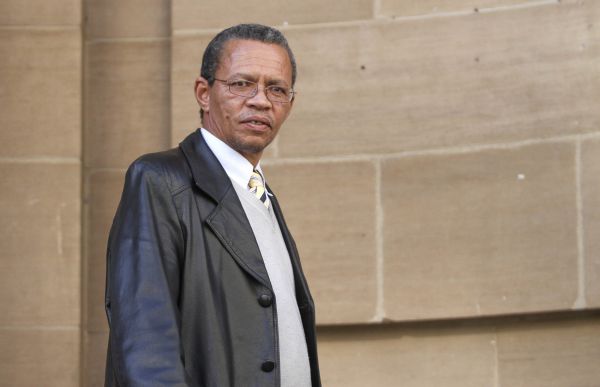 Nomgcobo Jiba and Lawrence Mrwebi, no longer protected by Jacob Zuma, may lose their posts in the NPA — and may forfeit their status as advocates. (Herman Verwey/Foto24/Gallo Images)

Ramaphosa said these pronouncements had “negatively tainted the image of the NPA and will continue to do so until fully ventilated and addressed”.

Until now, and despite the best efforts of the former national director, Mxolisi Nxasana, Jiba tenaciously hung on to power, apparently backed by Zuma. When Nxasana appealed to Zuma to suspend her, the plea was disregarded. When he charged her with perjury and fraud for the Booysen matter, the axe fell on him and he was replaced by Shaun Abrahams.

Jiba has also so far survived three separate court cases that would have seen her lose her position — by the Democratic Alliance, Freedom Under Law and the General Council of the Bar.

The DA’s case was rejected in the Western Cape high court. The Bar, which sought to have her struck from the roll of advocates, won in the high court but this was reversed by the Supreme Court of Appeal. The Bar is now seeking to appeal the SCA judgment in the Constitutional Court, although its decision to do so is not supported by Advocates for Transformation, leading to an ugly and public dispute.

Freedom Under Law also won in the high court, with the court setting aside Zuma’s “irrational” refusal to suspend Jiba and Mrwebi and establish the inquiries that could pave the way for their removal. But this was in the process of being appealed by Zuma when he was president.

Not any more. On Thursday, Ramaphosa withdrew the presidency’s application for leave to appeal in that case and made a new decision, independent of any court process, to establish inquiries into their fitness for office.

“I cannot underscore the importance of the public’s trust in the NPA and its most senior management … Doubt about the fitness and integrity of anyone in so senior a position as you hold jeopardises this trust and the ability of the NPA as a whole,” said Ramaphosa in his letters to Jiba and Mrwebi.

An inquiry under section 12(6) of the NPA Act may be constructed “as the president deems fit”. The 2008 inquiry into the fitness for office of former NDPP Vusi Pikoli, chaired by former speaker Frene Ginwala, was a quasi-judicial process, at which evidence was given and witnesses were cross-examined.

The one that was set up for Nxasana in 2015, to be chaired by senior counsel Nazeer Cassim, was to be similarly quasi-judicial. But on the morning it was due to begin, Cassim announced a settlement agreement had been reached.

Under the Act, the recommendation of the inquiry is not binding on the president — he may remove them either way. But his decision must be approved by Parliament. If Parliament tells him to reverse his decision, he must do so.

The SCA judgment said: “One may infer some form of incompetence with regard to her duties, which may be a ground to remove her from being the DNDPP [albeit] not sufficient enough to be removed from the roll of advocates.”

If, however, the constitutional court was to decide the two are not fit to be advocates, it would preclude them from their posts at the NPA because they have to have a legal qualification that allows them to practice in court.

There is also the separate court case related to national director Shaun Abrahams. Judgment is pending in the constitutional court on whether the NPA head was lawfully appointed to his post.