Ever since taking up literature studies at the University of Witwatersrand in the late 1990s, author Nthikeng Mohlele has read JM Coetzee’s Life and Times of Michael K more than 30 times, a copy of which was handed to him by poet and novelist Phaswane Mpe.

It is one of several books Mohlele has reread, including Knut Hamsun’s Hunger and Dambudzo Marechera’s Black Sunlight.

A Booker prize-winner in 1983, Life and Times of Michael K was so uniquely resonant for Mohlele that he chose to adapt it by recasting the protagonist into a contemporary setting, which takes into account the time that has elapsed between the two projects and what Mohlele relates to as the evolved cultural landscape.

“I wanted to humanise the character, give him immediacy,” says Mohlele. “In the [Coetzee] book, he is there but he is over-mythical. It’s not like he isn’t there in the human form. He is, but he is written with such a distant register that he exists like smoke and drink. I wanted to give him the fiery logs that are the character and give him a tangible existence, even his mortality.”

In Coetzee’s novel, the practically mute, cleft-lipped Michael K is caught up in a civil war. A gardener in a public park, he focuses his attention on his ailing mother, a domestic worker living in the basement of a seaside apartment building in Cape Town. His mother longs to return to her rural home, so Michael K builds a rudimentary, cart-like structure to transport her. As they set off on their wet and windswept journey, her health worsens, forcing her to check into a hospital where she dies soon after. 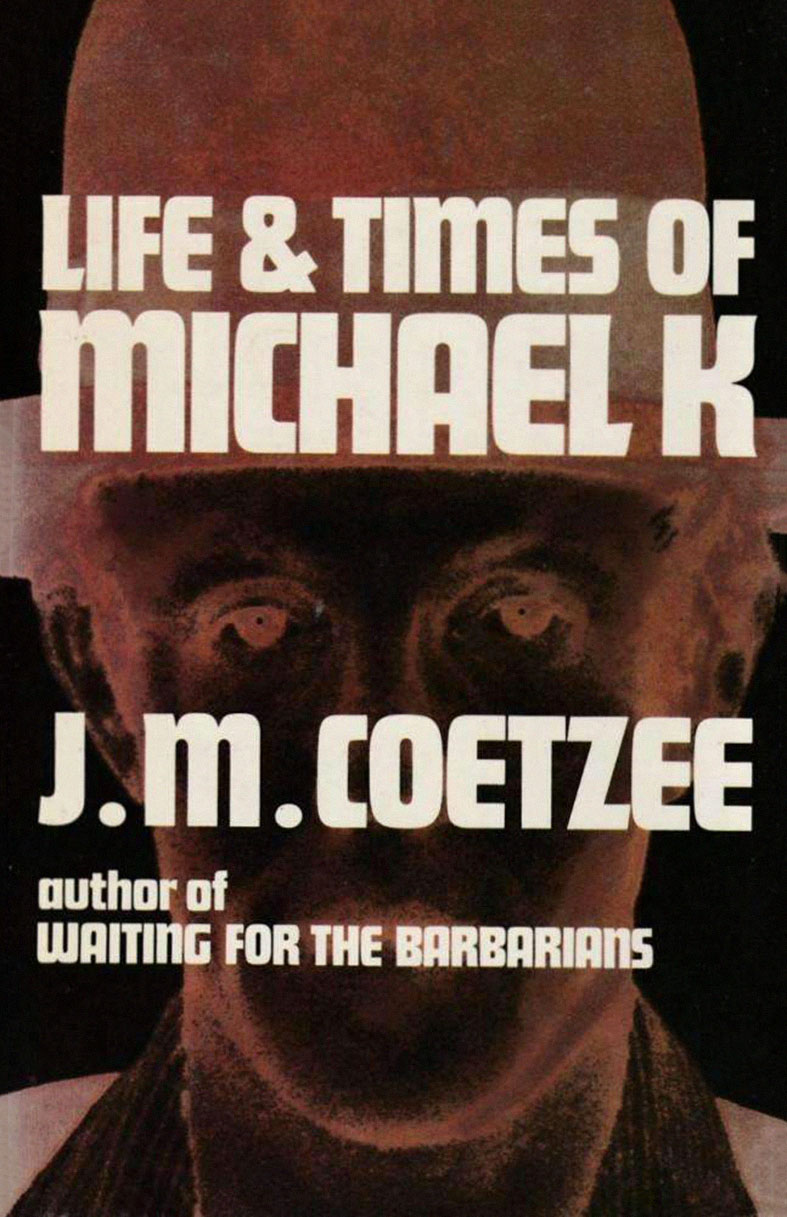 With his mother’s ashes in a bottle, Michael K sets off alone, trying to evade capture in a path ensnared by officialdom in its many guises. Institutionalised in a labour camp as well as in a hospital, Michael K will choose freedom in both instances, tentatively carving out a voice for himself as his body, used to a spare diet of pumpkin seeds, wills his spirit to resist.

The apparent impetus for Michael K was a newspaper article about a captured panda that refused to eat the food it was fed in captivity, having survived on a diet of bamboo shoots. Coetzee’s Michael K cuts something of a primordial figure, a misfit in the human world, whose internal domain is observed more than it is inhabited. Even as he subverts the elements and outsmarts his captors, he never quite acquires a human cloak. He is dwarfed by his world but he is also at one with it, a world so texturally rendered as to be uninhabited.

It is precisely these layers that provide the building blocks for Mohlele’s Michael K — A Novel. 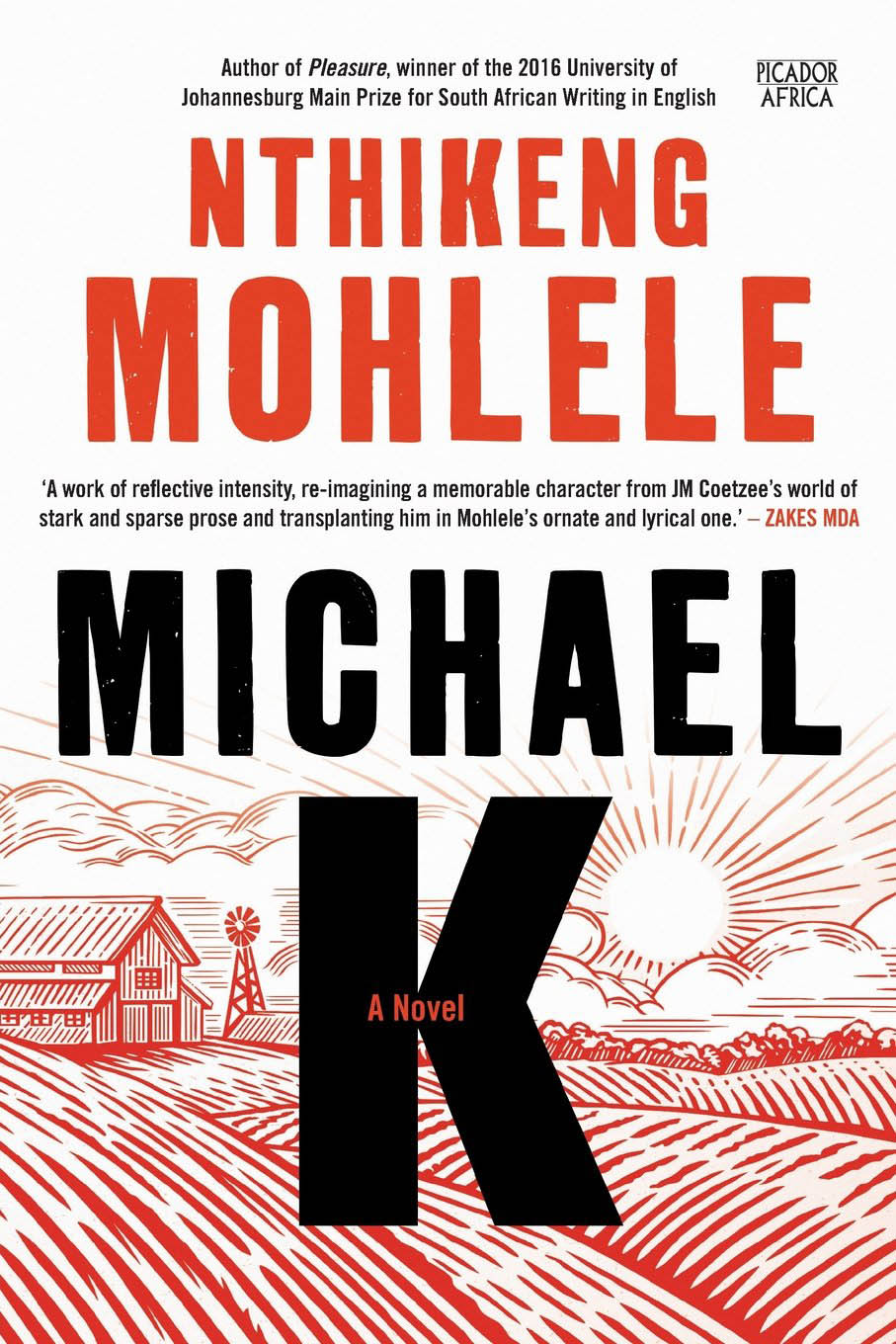 “For me as an artistic practitioner, thematically speaking, you can pull from that book [Life and Times] themes of loneliness, themes of identity, themes of power relations,” says Mohlele. “Whether it is in the military of people tasked with taking care of labour camps or what have you. Generational issues are there. Issues of the land. The themes of land are very strong in Michael K, but very understated.”

Over and above the “thematic plurality”, Mohlele says he was drawn to the metaphorical in the book. “Things like seedlings, things like the teaspoon at the end of the book … There area lot of connections between the spiritual and physical body.”

Mohlele not only builds on these connections,he also kind of explodes them at the same time. Michael K is not so much humanised as he is deconstructed. Mohlele refuses to construct a narrative parallel to Life and Times.

“As an artist, one has the privilege to explore intertextual relations between works of art and that’s why I took the liberty to say I’m going to finish this story the way that I would like for it to finish,” Mohlele says.

In a manner not dissimilar to his previous novel, Pleasure, Mohlele turns his work into an exploration of the process of creation. Michael K — A Novel is in some ways an allegorical mapping out of Life and Times. The passages in which Mohlele sets out the landscape of Dust Island, Michael K’s borrowed home, but also a creative hideout for aspiring poet Miles, are an eloquently woven tribute to the centrality of land in the world of Michael K. By situating Miles in the thick of Dust Island, Mohlele also seems to explore the sometimes dichotomous relationship between the public life of writers and the solitary nature of the act of writing.

Although the figures of Michael K and Miles probably represent opposite dilemmas in the creative spectrum, the figure of Coetzee represents the author’s relationship to his subjects.

“I said I wanna humanise Michael K but you cannot humanise Michael K away from his creator, hence you will see that Coetzee appears in the book,” says Mohlele. “I needed that strong connection. Michael K is not my creation but I am able to work with him as an artistic reflective character to make him do what I want him to do in my own book to explore issues of contemporary South Africa or issues of the African continent.”

In the fleeting and yet memorable passage in Mohlele’s Michael K, Coetzee is besieged as cameras and microphones are thrust at his face and journalists lob questions about Michael K. He cuts a reticent, retiring figure but explains the connections between writer and subject as no less than telepathic.

In an interview with journalist Sue Grant-Marshall, Mohlele alludes to this idea and its importance to him when he reveals that he often writes on his cellphone to be able to write at will. “There … may be 23 000 entries like that,” he says to her, pointing out a paragraph, “but I know where each … goes.”

As a writer who defies convention, Mohlele’s surgical act with Michael K is bound to attract naysayers. Here is a writer who has taken a cogent, multilayered and chronological piece of writing and shattered it to pieces so that we may peer into each individual shard. It is, in a sense, an act of expansion, but an irreverent one all the same.

Boundless in ambition, it is perhaps a project shorn down by its form and brevity, intentional tools in this case, to keep the project circulating in the realm of ideas. In this sense, the book is more an ode to Michael K than to Michael K’s creator.