Teaching in the mother tongue

The Eastern Cape education department has pioneered the implementation of Mother Tongue Based Bilingual Education (MTBBE) and wants other provinces to use it to replicate the success of the programme.

The education department used Heritage Day to celebrate the success of the implementation of this project. Themed “Language our Heritage”, the provincial department took the event to Aliwal North’s Limakatso Centre in Dukathole township, which falls under Joe Gqabi District Municipality. 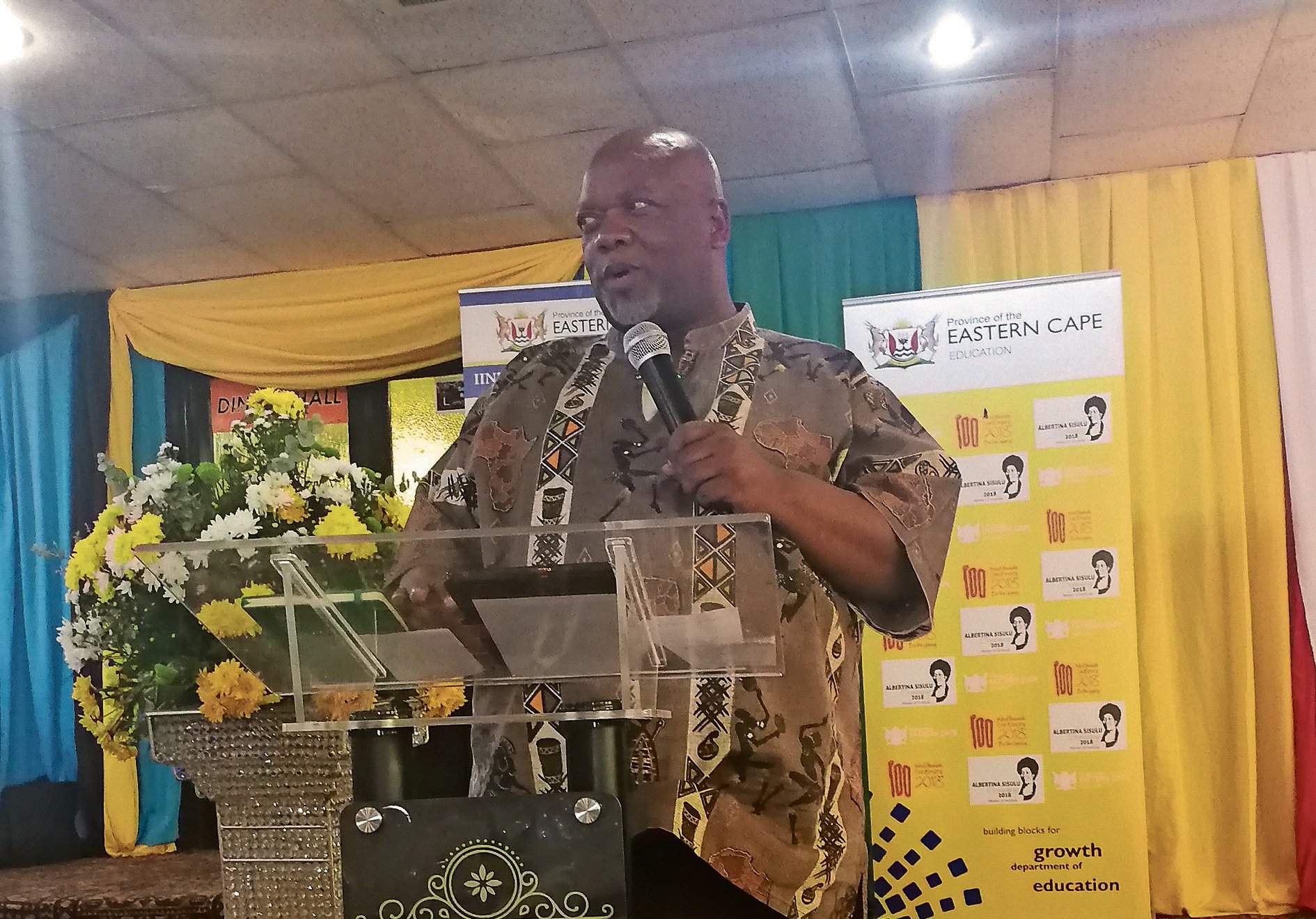 The MTBBE initiative is part of “Buyambo”, a Xhosa phase which means “back to our roots, to our customs, our traditions and cultural activities” and is a key part of the decolonisation of education.

This Eastern Cape education department introduced this initiative as a way to bridge the language barrier between English and Xhosa.

MTBBE is based on a well-researched education strategy, backed up by empirical evidence, that is used internationally as a bridge for learners.

In this country the mother tongue education concept has worked for Afrikaans and English native speakers. 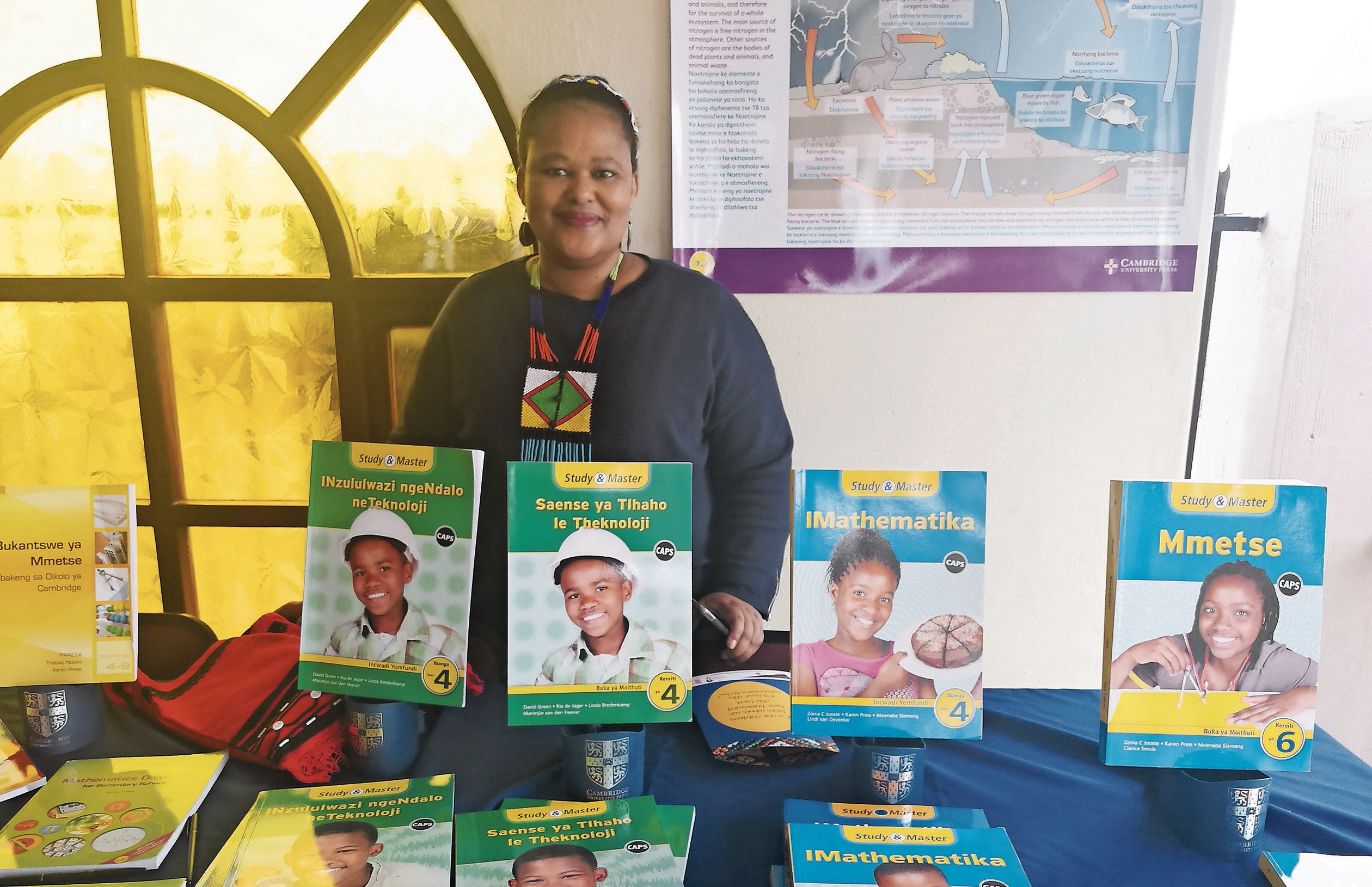 A display of MTBBE books, with an enthusiastic advocate

The provincial education department derived its policy from the Constitution (S29), which MTBBE stems from. The province established a Language in Education Policy Unit in 2010 under the stewardship of language and policy specialist Naledi Mbude.

Mthunywa Ngonzo, district director of Cofimvaba, called for the programme to be implemented from the beginning of 2012 in mathematics and science for grade four learners at all underperforming schools in the town of Confimvaba. At the time he started piloting it in his district with 69 schools.

Mbude said it began to bear fruits between 2013 and 2016, and that led to widespread use of the programme in the Eastern Cape. Last year MTBBE was implemented in all education districts, in 10 schools per district. That number has risen this year to 50 schools per district, throughout the province.

However, despite its growing popularity, Mbude said some education officials are resisting its implementation. She said the Eastern Cape education department spends a lot of money on translating English workbooks for schools.

“Some officials choose what they want from the programme and if it does not address exactly what they want, they ignore it. It makes me wonder if it because it is about our languages, have we reached that level of self-hate where we oppose anything that addresses us directly?” asked Mbude.

Mbude said MTBBE gives learners an advantage: “Learners have the advantage of being taught in two languages, and one of those two is English.

“Learners who have enrolled in this programme speak better English than where this programme has not been implemented, but our goal is that they also do well in mathematics. 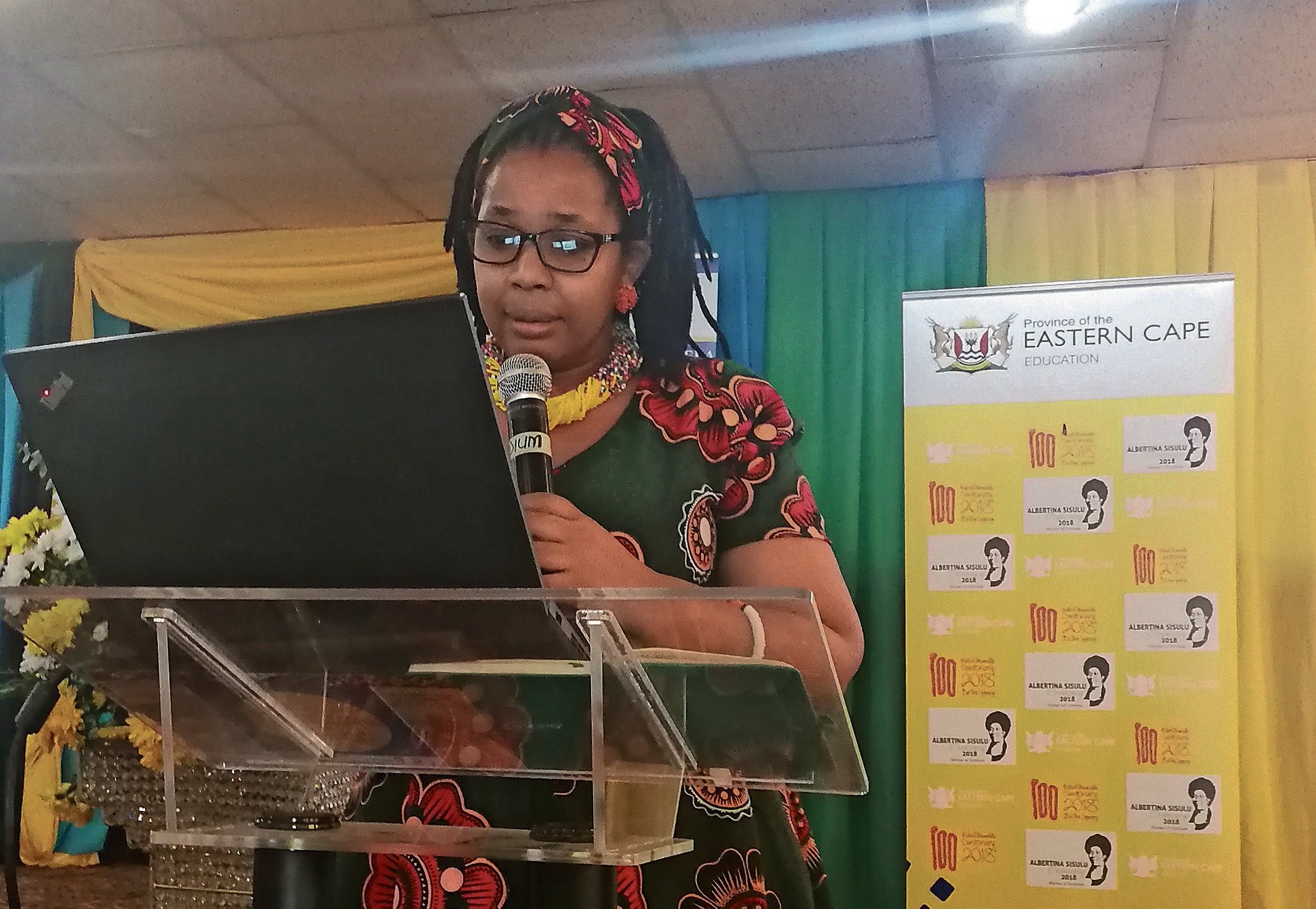 Their exam papers are bilingual; the question paper is in both English and Xhosa, in the same manner for Afrikaans-speaking learners,” said Mbude.

She said another challenge is that education districts have not employed full-time officials for MTBBE: “Acting officials attend sessions but fail to implement MTBBE, because once they come back to the office they are reminded that they are behind on their work and they end up not implementing it.”

However, she said the feedback from those who have adopted the programme has been positive. Mbude said if South Africa wants to develop as the country it must not leave behind its indigenous languages. She said the colour of under-performance in mathematics is black, quoting maths results of 2015, where only 43% of black learners passed the subject out of nearly 240 000 who registered to write mathematics that year. “We cannot have a skilled labour force with the quality of our current maths results,” she said.

She also touched on the challenges faced by South African learners who go to study in countries such as Cuba. Mbude said scores of South African learners who go and study medicine in Cuba have to be taught Spanish; as a result some of them fail and return home. “We have WSU [Walter Sisulu University] which has been excelling in medicine for years, but we don’t develop it because of our permanent reliance on others.”

Amanda Msindwana, a speech and language therapist from the University of Stellenbosch, advocates for kids to be raised on their mother tongue until they pass grade three. Msindwana said if they get the foundation right in those early grades they can learn to comprehend other languages.

She spoke about a number of learners who were brought to her for assessment after schools recommended that they be sent to Special Learning Institutions.

“You find that the child’s intellectual and psychological report gives many reasons to send the child to special schools, but the only problem is a learning difficulty; the child cannot read with comprehension, the fundamental problem is language and vocabulary. You spend a few weeks conducting sessions with the child, the next thing the school will withdraw that recommendation for special school,” said Msindwana.

She said developing technology that is suitable for indigenous games will play a huge part in revolutionalising mother tongue education.

Various educators from different districts of the province said the programme has been well received, especially by learners and parents.

Education superintendent director in the Eastern Cape, Themba Kojana, said the feedback he is getting about the programme is that it has been helpful to instill self-belief among learners.

“We have been colonised in the belief that intelligence equals English speaking,” said Kojana. He said he will be touring all the districts in the province to deal with concerns that some officials do not want to accept MTBBE as part of the school curriculum. “I want to know which directors are opposing the implementation of this programme, and what is their reasoning,” he said.

He said the road ahead would present difficulties, which he is prepared to deal with, and said South Africans must not look down upon themselves and their languages.

“We need to learn from the Chinese. Everything in China is produced and written in Chinese languages, yet they are the significant force globally. They set up a goal to build millionaires and they did it. Chinese spread throughout the world, but everywhere they are are they are contributing to the development of their own country, because they still bank with China. The problem in South Africa is that the money which is made here is banked elsewhere.”

Kojana said the province will retrain its educators rigorously for this particular purpose of developing MTBBE.