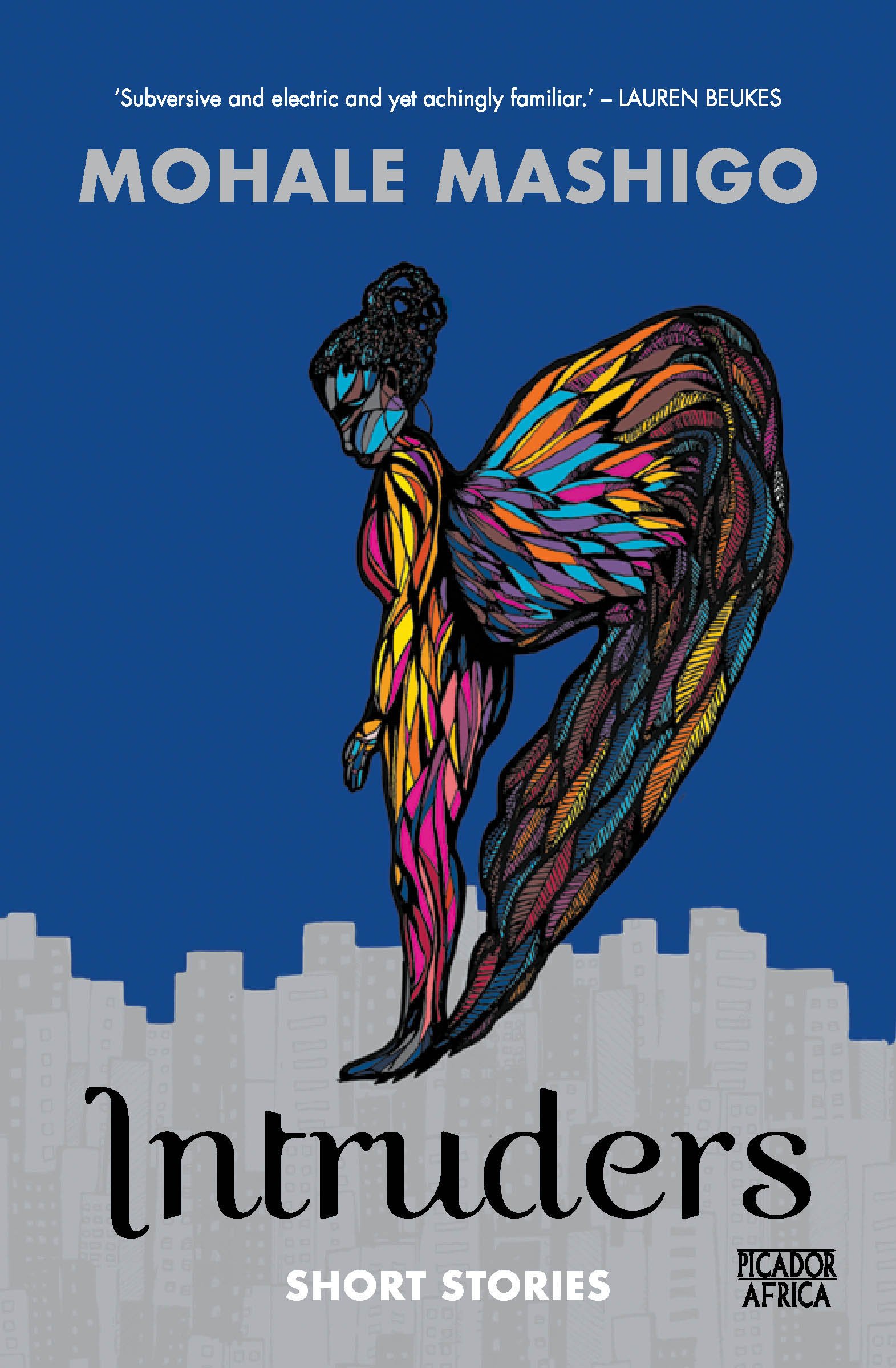 In Intruders, a collection of short stories that follows author Mohale Mashigo’s bestselling novel The Yearning, she starts things off with an all-important preamble, titled Afrofuturism: Ayashis’ Amateki.

In it, she sets out her unease about the term Afrofuturism and its relevance (read: fit) in the African context, when it was coined for black people living in places where they are in the minority. She recognises the differences and uniqueness of each colonised society and how that uniqueness, specifically in the African-American sense, has produced a mode of expression now named Afrofuturism.

Asking us to don new shoes that fit us, she then sets out to show rather than tell what she means.The interesting thing is that the author’s note and the Ayashis’ Amateki give us all the tools we need to understand her intent and yet the writing remains free of predictability. It is almost as if Mohale is hyper aware of the fact that, having started us off with a polemic, to fall flat on the execution would be sacrilege.

She orders the 12 short stories into three subsections:The Good, The Bad and The Colourful. One story in particular, Untitled, is serialised in these three sections, carrying with it some of the main ideas running through the book. Neither “a fan of dystopia” nor “a believer in utopia”, Mashigo plays within and even blurs these boundaries.

What you find here is reality shocked out into the future, the present presented at oblique angles. If one were to search for some sort of a continuum from The Yearning to Intruders, one would find a more deliberate use of prose and form as a fundamental narrative tool.

Although The Yearning also bore these hallmarks, Mashigo deployed them in one single story as a way of depicting trauma and aspects of ubizo (calling). Here, there is an intensification of fiction’s speculative properties as a way of examining the plight of of our youth, with each short story calling for varying approaches.

“Isn’t all fiction speculative?” Mashigo said during an interview at a launch of her book.

I see what she means. But, in South Africa, and indeed in other post-colonial societies, we are often emerging from a phase in which “the journalistic fact parades outrageously as imaginative literature”, as Lewis Nkosi remarked in his 1967 essay, Fiction by Black South African Authors.

So what we read here is the author designing the shoes for her new terrain, and don’t call them “sneakers”. Often children and young adults emerge as protagonists, backed into a corner but hardly cowering. Women tip the scales on femicide. Urban myth collides with after futures. We slip in and out of synesthesia.

A story I was particularly floored by was Ghost Strain N, in which Mashigo imagines the scourge of nyaope as a “zombie apocalypse”.

“You would think the nation would have sat up when young people lost the ability to stand up straight or speak. If nothing else, people who are harassed by life have a wry sense of humour because they would eventually call these young people Ghosts.”

In Untitled II, ideas about the next frontier are stretched out into space, and Mashigo seems to echo Malcolm X’s highly quotable line about racism being like a Cadillac, every year bringing out a new model.

Of course, I am hamming the line and perhaps overstating Mashigo’s intent. But, as one reads these stories, the political impetus beneath is hard to ignore. What is comforting to see is how Mashigo walks this fraught tightrope of literary convention and innovation without pretence and with faith in a language she is carving. The effort is raw and, at points, reading as if it is still under construction. But Intruders is exactly that, the effort of an author putting in work for her generation.