Finance Minister Tito Mboweni delivered a medium term budget policy statement (MTBPS) on Wednesday that served as a bitter reality check for the country, outlining the difficult choices the state needs to make to shore up its finances.

“We are at a crossroads,” Mboweni said in his speech to Parliament.

“This policy statement highlights the difficult economic and fiscal choices confronting us over the medium term.”

Among these, Mboweni highlighted the need to re-configure state-owned entities and confront the impacts of the rising public sector wage bill on the state’s finances.

After the high of President Cyril Ramaphosa’s rise to the presidency earlier this year, and the optimism baked into the estimates on economic growth and revenue collection in the 2018 Budget, the updated forecasts provided in the MTBPS were a sharp contrast.

Economic growth forecasts have been slashed from the 1.5% announced in February to a much weaker 0,7%. The budget deficit meanwhile is now projected at 4% of GDP compared with 3.6% of GDP expected in the February budget.

Despite increases in the value added tax (VAT) rate announced in the February budget, revised revenue collection estimates for the year show a shortfall of R27.4-billion in 2018/19, R24.7-billion in 2019/20 and R33-billion in 2020/21 when compared to what was estimated in February.

These declines in collections for the current year, in part reflect the governance problems at the South African Revenue Service (Sars) that have been the subject of the ongoing hearings of the site.

A backlog of VAT refunds at Sars, and an underestimation of refunds due has led to an overly optimistic view of revenue growth according to the policy statement, with VAT refund estimates revised upwards by R9-billion, and around R11-billion paid out to clear the backlog in the VAT credit book.

Over the next two years, the consolidated budget deficit is projected to be 0.6% wider than the 2018 Budget estimates.

Faced with this harsh reality, Mboweni noted that the country faced difficult choices including taking a “hard look” at how state-owned companies operate as well as confronting the impact of the rising public sector wage bill.

The wage agreement reached earlier this year breached February budget targets by R30.2-billion. But in a significant move,the treasury has not set aside any new money to cover this increase.

“We have not allocated additional money for this,” said Mboweni.

“National and provincial departments will be expected to absorb these costs within their compensation baselines.”

Spending on wages has crowded out spending on other goods and services and spending on capital investment Mboweni noted, especially in health, education and defence. About 85% of the increases over time is due to higher wages rather than and increase in headcount.

In a bid to address the problems facing the country, Mboweni provided more details regarding Ramaphosa’s recently announced stimulus plan, and renewed focus on infrastructure investment.

Around R50-billion will come from a combination of reprioritized spending, and changes to grant structures and allocations. Of this, R15.9-billion will go towards infrastructure programmes, aimed at supporting industrialization and the expanded public works programme. 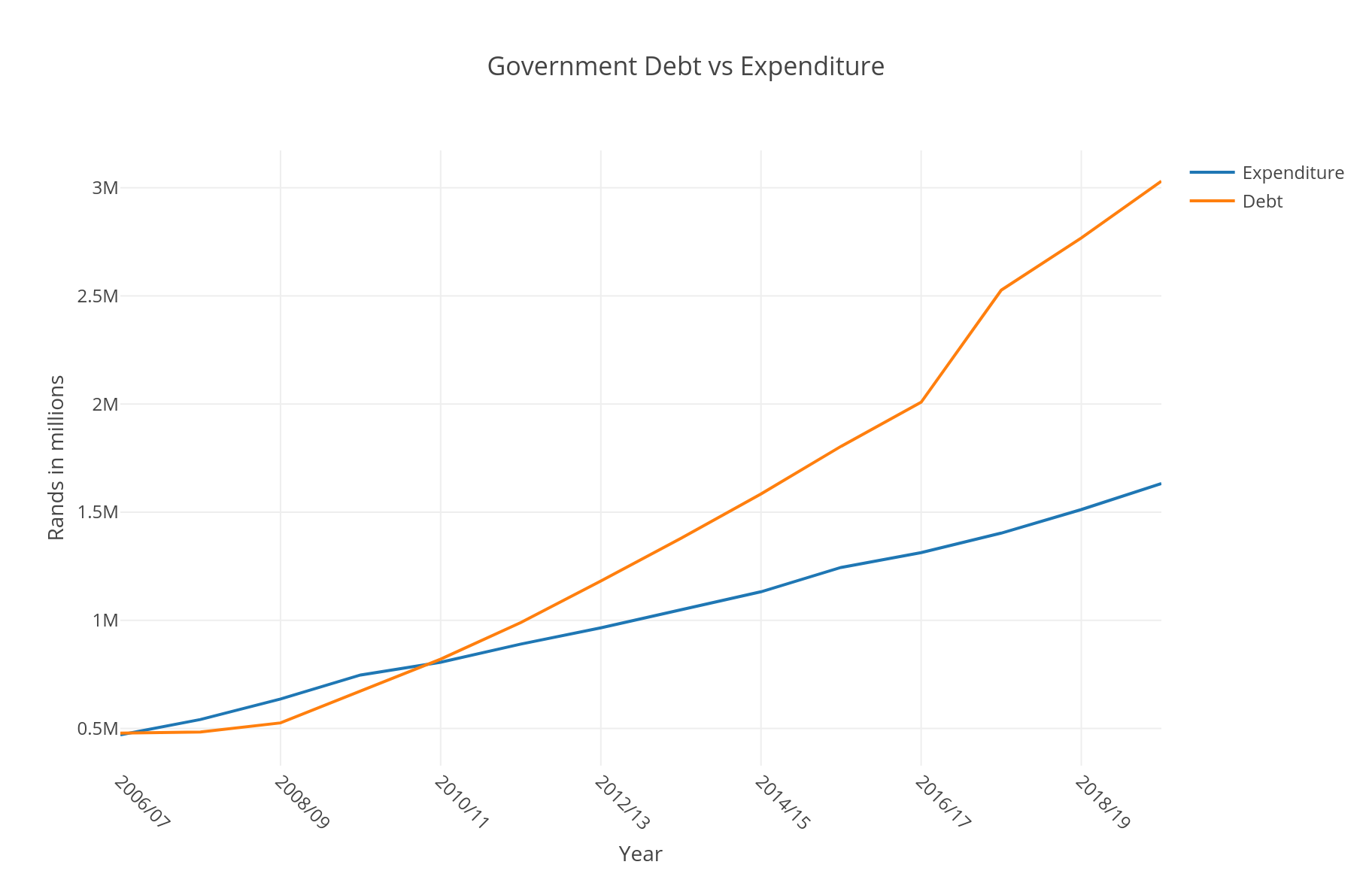 A further R16.5-billion of reprioritization will be allocated to various programmes Mboweni said, including an additional R1.4-billion in funding to restore capacity at Sars.

As part of improving infrastructure spending the state has established a project preparation facility — incorporating the national treasury, the government technical advisory centre, the Presidential Infrastructure Coordinating Commission, and the Development Bank of Southern Africa — funded with R625-million, over the coming three years.

The state also wants to see greater involvement of the private sector according to Mboweni. “Too often, government spends money on infrastructure when it could be better and more effectively done by the private sector,” he said.

This will support funding from development finance institutions, commercial banks and pension funds, and will require both “innovative financing mechanisms and accompanying regulatory reforms”.

The problems confronting the state notwithstanding, Mboweni committed to pinning growth reforms on fiscal and monetary stability. He also committed to ensuring that the state’s debt stabilises and is reduced as soon as possible.

“We can choose whether or not these difficulties break us as a country, or make us,” he said.

“It is a call to all of us: public servants, business, civil society, communities and labour.”