Art and the heirs of redness

Qab’imbola, Buhlebezwe Siwani’s new exhibition, opened during an oppressive heatwave in Cape Town, the type that thins the air so that it feels as if you’re not taking in enough of it.

Buhlebezwe Siwani is in nondescript leggings and a loose-fitting top. It seems unassuming. One may not guess at the influence or even the power she holds housing both art and ubungoma, the practice of indigenous healing and divinity, in her.

It’s a busy afternoon for Siwani, whose show is in less than two hours. She still intends to take a nap, a shower and to change into her performance garb. Yet she says: “I feel calm. I have been calm since yesterday.” She smiles.

Qab’imbola (the act of applying red ochre to one’s body or, figuratively, to be a non-convert) is her second solo exhibition at Whatiftheworld. Her debut was Ingxowa yeGqwirhakazi.

Research for the show had her trekking across the Eastern Cape, the Western Cape, KwaZulu-Natal and Gauteng in an “artistic pilgrimage” during which she held conversations with various women. The result was a series of performances, displayed in video imagery, as well as a live performance on opening night. The performances are titled AmaHubo, Umntuntu, Eziko, AmaKhosi and Sinje NgamaJuba. 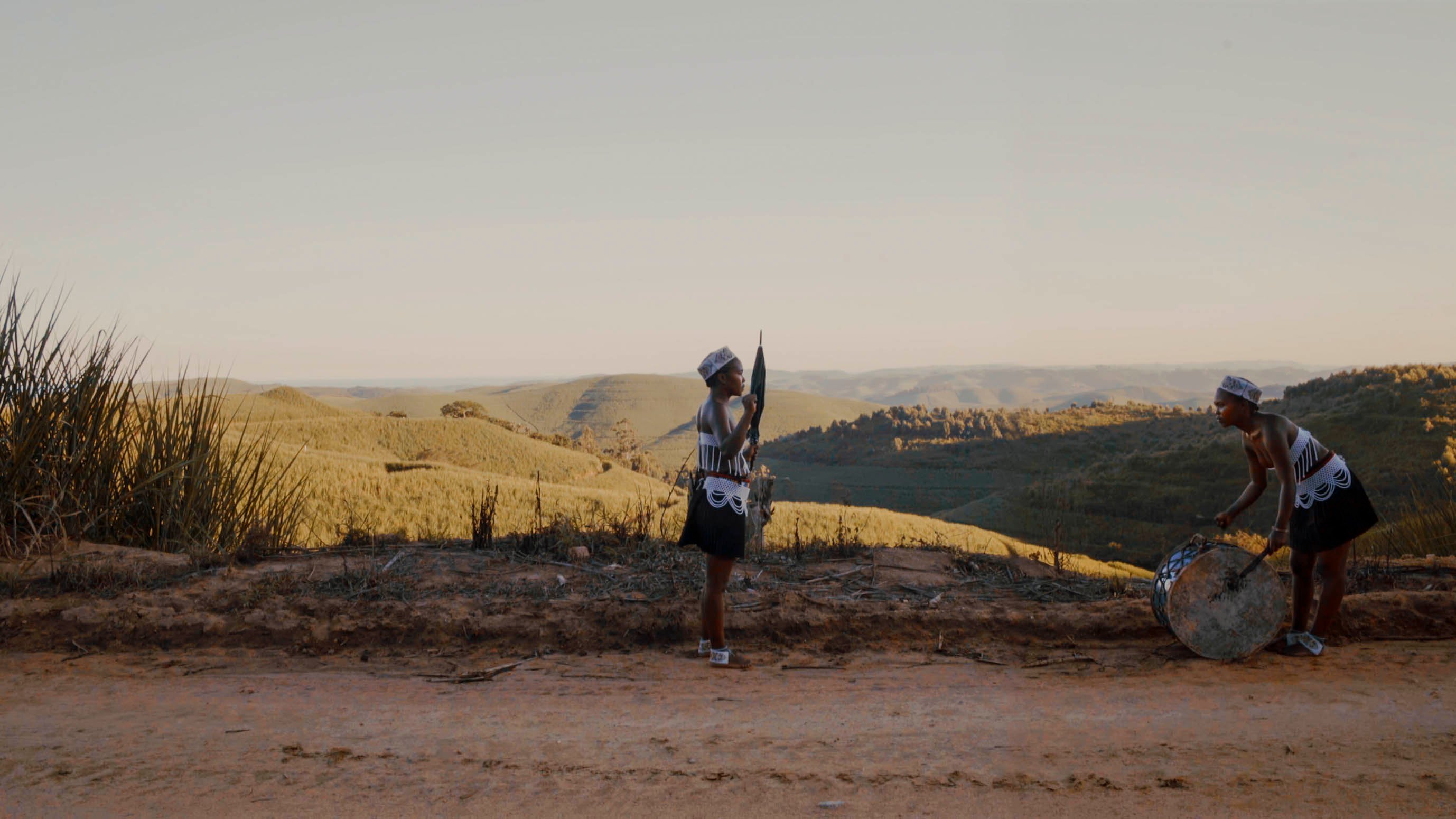 The gallery, in its introduction to the artist, says that Siwani’s “art practice ruminates on the intergenerational trauma experienced in South Africa’s current condition”.

We carry trauma in our DNA. We inherit it from the generations before us. Generations who lived in bodies whose identity was not only rejected but criminalised. There’s an intersection of oppression that Siwani, along with many South Africans, has inherited. It remains recent in our country’s history that to be black, a woman and isangoma meant many layers of vulnerability.

It was only in 1994 that South Africa had its first democratic elections, allowing black people to vote. This seeing, this acknowledgement, this recognition is a milestone in our political history and in the personhood of black people, in perception and a reimagining of self.

Ubungoma was also demonised. The Natal Code of Zulu Law (1891) dismantled the practice by suffocating it with rules of subjugation: healers, herbalists and midwives lived in constant fear. Ubungoma, then classified as witchcraft, was prohibited. In The Study of Literature on the Essence of Ubungoma and Conceptions of Gender among Izangoma, which appeared in the Journal for the Study of Religion, Winifred Ogana and Vivian Ojong write about how the Witchcraft Suppression Act of 1957 also “prohibit[ed] izangoma from practising their trade”. We are the heirs of these men and women who practised ubungoma.

About being initiated into the practice Siwani says: “Ukuthwasa was more than 10 years ago. I was in varsity. I showed up one day wearing no shoes, in red, wearing the gear for ukuthwasa. It wasn’t weird for me — more let’s just get it over and done with. At some points things felt organic and sometimes not. You can’t be the one thing at work and another at home. It’s consistent. This doesn’t leave me.”

Curator Thembinkosi Goniwe, commenting on Qab’imbola, writes: “At the heart of this project is the reclamation of African spirituality and indigenous faith as possessed and practised by black women. This reclamation is, however, mainly concerned with cultural memory and land, both of which are key resources for the livelihood of such spirituality and faith.” 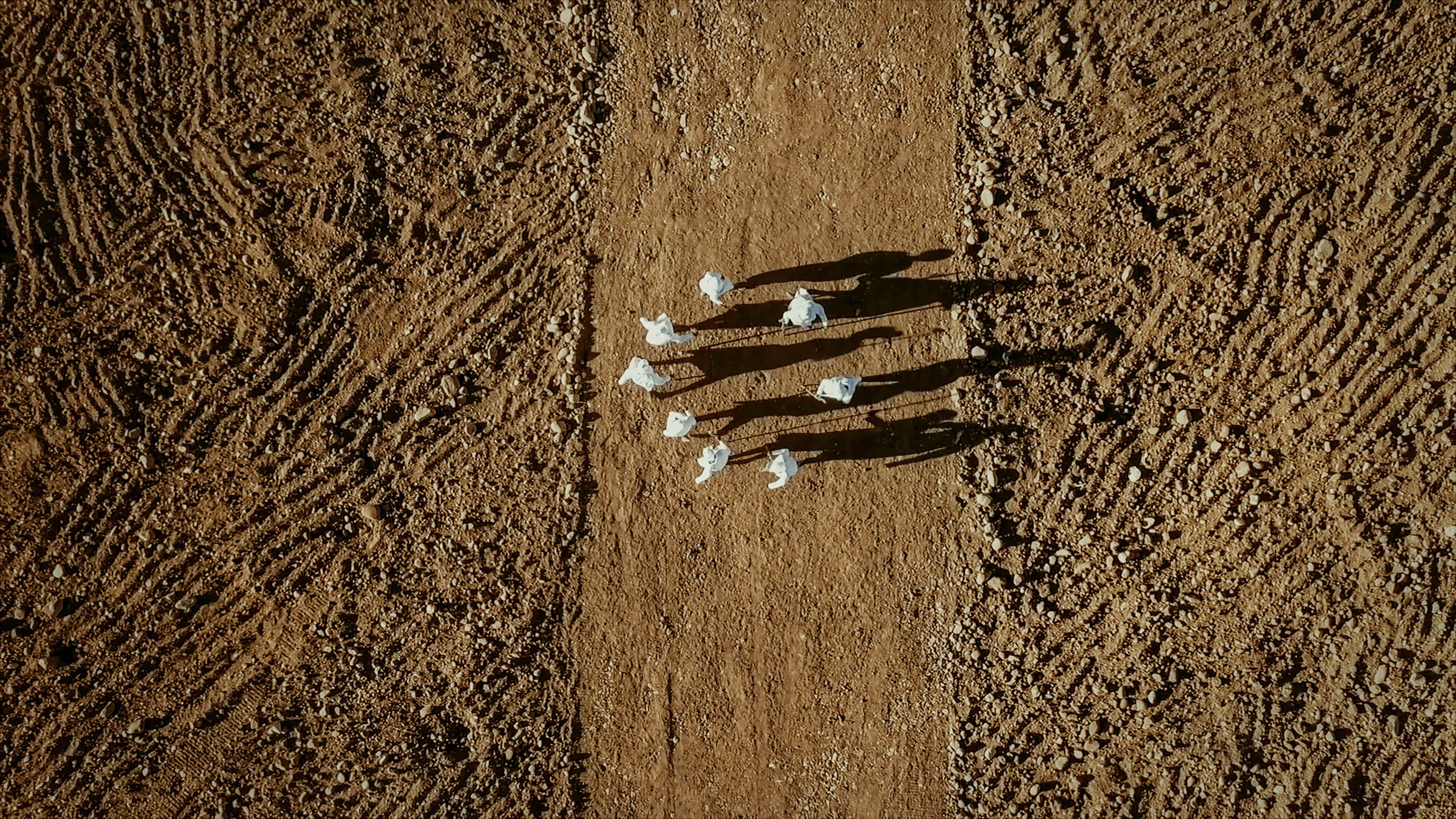 Religion is generally understood to be driven by patriarchy. I ask Siwani about how she unravels the role of women, their position and power through her work.

“Women also drive patriarchy in the church. Abafazi abamnyama [black women] are often erased in those spaces, and erased from labour practice when, in fact, bayasebenza ababantu [these people work],” she says.

Women are often unseen. And if they are seen they remain vilified. Nomusa Makhubu, a lecturer at Michaelis school of fine art, comments in a text, titled Women, Power, Healing and African Theoconomies, on Siwani’s work. She refers to the cattle killing that dealt a blow to the Xhosa nation more than 160 years ago, a wound it has not yet recovered from. It was at the feet of an adolescent girl, a prophetess, uNongqawuse, that this carnage was laid.

Makhubu writes: “The sacrifice, signalling profound loss, was the turning point for the Xhosa nation and the intersection of Christianity and indigenous belief systems.”

Siwani responds to this: “Believer and non. Aba’qab’imbola and those who don’t. We reject African belief systems and go a separate way. It’s really well put in JB Peires’s The Dead Will Arise.”

Speaking about the show, she says: “I had actually planned to do an installation, but instead took the cow skulls that would have been part of that and crushed them. Finely. Turned them into sand almost. Because, how can you have work like this and not address the question and completely run over it? So let’s forget about it and look at it later. You can’t — it pertains to everything that’s in here. You cannot speak about believer and non-believer and not speak about uNonqgawuse. The Xhosa nation lost two-thirds of its populace, all their flocks and their crops. And then this was blamed on one person, who happened to be a female and black.”

Goniwe mirrors this sentiment: “… the black female body is the terrain in which historical narratives of colonialism and Christianity, African resistance and subjectivities are contested and inscribed”.

The dichotomy between religion and culture is often assumed, but Siwani doesn’t see the relationship as linear, but rather as convoluted, complex.

“Doesn’t prophecy exist in ubungoma? It’s the same thing. You can’t take something and use it to vilify something else completely. That’s my biggest gripe with Christianity; the way that it has been used as a colonial axe.”

Like most black children, Siwani grew up in a Christian home, specifically an Anglican home. It was the church in which she was baptised — St Paul’s, in Jabavu, White City, Soweto. Her father’s side of the family was religious, her parents too. They were a church-going family.

“Until the point where it became a choice. Until I refused. Sometimes I would go and sometimes I wouldn’t. Boredom prompted my refusal to go to church.”

And then a shift happened when Siwani returned from ukuthwasa. She recalls her grandmother, a devout Christian, who was part of the mother’s union, among other things.

“My grandmother has never been ashamed to go with me to church. But I think at some point after I came back, she got hit with an anxiety. She never had to think of how people would perceive me. Me at church — with her. So it was me when I came home who said it: ‘Ba let’s go to church’. And that was the first time we had had to think about it — about how do we go to church now.”

We carry a lot from our predecessors. Together with the things that build us, we also inherit those that don’t serve us. I ask Siwani about whether she considered epigenetics while conceptualising her work. And whether it’s possible to find healing from that DNA-level inherited trauma that is intergenerational.

“Bit by bit. You can’t take away 1 000 years so quickly. How many people have lived in that space? The body remembers. The DNA remembers. Most importantly, spirit remembers. And it’s the spirit that comes to visit you — siyakukhumbuza.”

She adds, almost incredulous that she’s about to use this analogy: “Like in the Lion King, Mufasa says, ‘Remember Simba, remember who you are’.”

Msaki sings, and we heal