We are all partners in the elimination of Gender-Based Violence

The United Nations Population Fund (UNFPA), in partnership with the Mail & Guardian last week hosted a lively and engaging Critical Thinking Forum that reflected and interrogated the conceptual and experiential understanding of gender-based violence (GBV) as one of the key drivers in the increase of new HIV infections, particularly within institutions of higher learning in South Africa. The panel for the critical thinking forum consisted of representatives from the Department of Higher Education and Training (DHET), the United Nations Population Fund (UNFPA), UN Women, the Commission of Gender Equality (CGE), the Higher Education and Training Wellness and Development Centre (HEAIDS) and a student representative from the Vaal University of Technology.

Building on the momentum and discussions from the recently convened Presidential National Gender and Femicide Summit, the forum sought to GBV institutions. It also focused on experiences of students on GBV and the response provided through higher education institutions to address this phenomenon. In setting the scene, moderator, Redi Thlabi, reminded the audience of the #FeesMustFall protests and how the issue of GBV and unequal power schisms between men and women students were evident and accented in that space. How women student leaders called out the patriarchy in their own political movements and were unwilling to experience violence, victimisation or even erasure by their male student leaders and colleagues. This was a watershed moment as it reminded all of us that GBV is everywhere in our lives – from the public transport system, to the student movement and in our homes.

In kick-starting the panel discussion, the panellists were asked to respond to what their understanding of GBV is in their areas of work and how their institutions are responding to those drivers. Dr Ramneek Ahluwalia from HEAIDS reflected on the structural drivers that are often related to alcohol and substance. He noted that alcohol and substance abuse are closely related with the on-going vulnerability of students at institutions of higher learning, particularly women, to violence, exploitation and sexual abuse. Beatrice Mutali from UNFPA suggested that GBV in the higher education arena was a reflection of what was happening in the broader society and therefore responses must be framed and located within multisectoral approach, particularly at the community level. Mahlubi Mabizela from DHET argued that government’s responses to GBV at both a policy and instrumental level could be improved, particularly through effective coordination with other departments and critical partners so that other issues that are connected to higher education can be considered. It was agreed that unless government departments agreed to stop managing budgets in silos and move towards a coordinated and catalytic response we will have the same weak response in addressing GBV. From the vantage point of the Gender Commission, Thabo Rapoo from CGE suggested that civil society organisations have been and continue to be central to the fight for visibility and change. At a national level he reflected that institutions tend to confuse events, and the symbolism they come with, with action and change. In reality the fight against GBV requires sustained support to effect tangible change.

Anne Githuku-Shongwe from UN WOMEN took the audience back to the gender summit in November, asserting that its format, where the summit centred on the victims of GBV in having them tell their stories, was revolutionary. She noted that survivors of gender based violence are generally sidelined, victim blamed and erased in conversations about GBV.

“A national crisis demands a specific kind of response…for GBV it includes tracking down every one of the stories that have been shared by women to ensure justice for them. We owe it to them”, says Githuku-Shongwe. 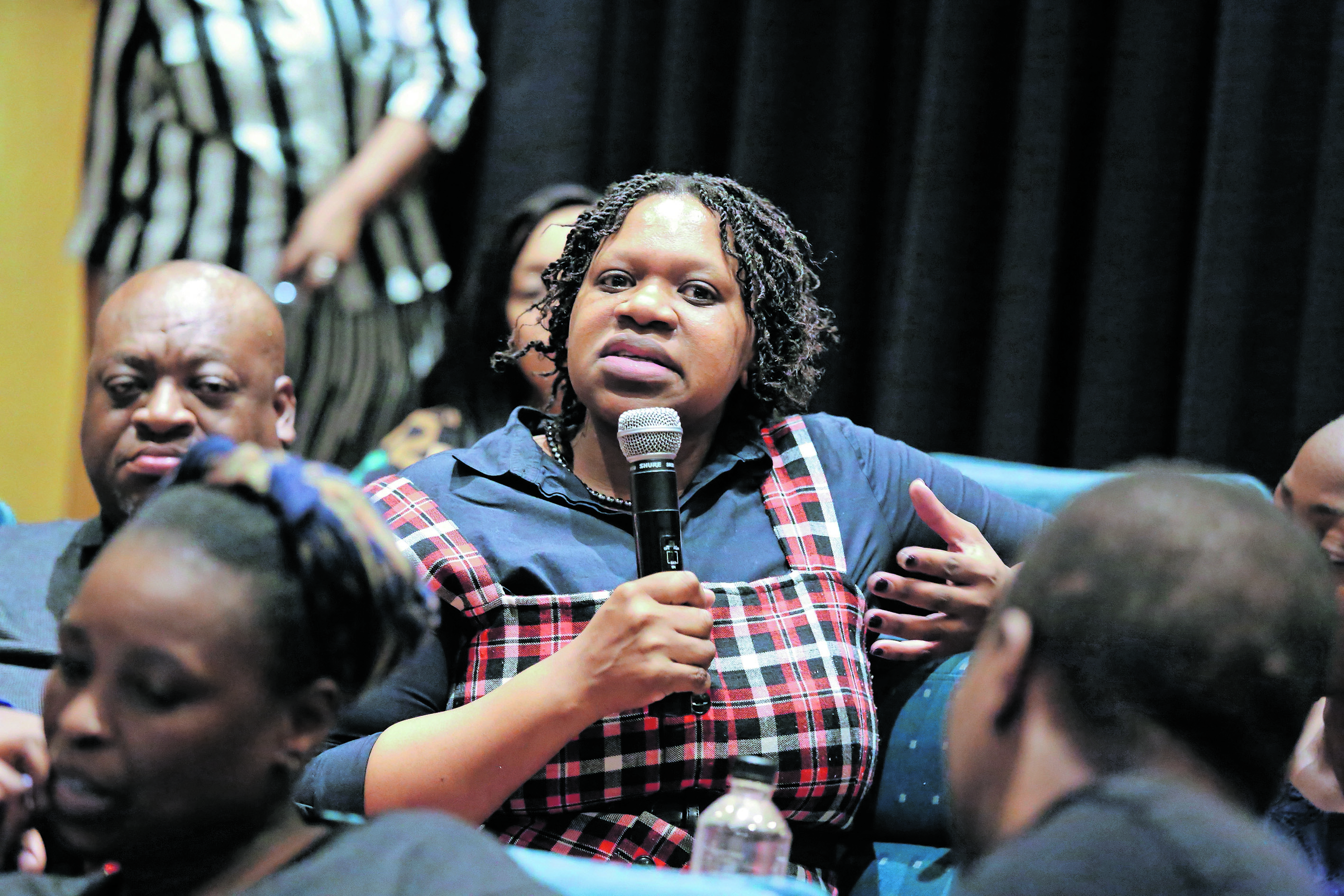 It was particularly sobering and enlightening therefore when student leader and GBV survivor, Beauty Muthelwana, pleaded with survivors to come out in their numbers and tell their stories. She also spoke at length about the pain of survivors relating their stories about their abuse and not being believed. “When they are victimised again by police officers, when they are ostracised by healthcare workers and ignored by the criminal justice system? How do we resolve this?” she asked the audience.

At this point, the panel agreed that beyond the focus on institutions, which all have a role to play, the people at the forum, as representatives of society, should interrogate their own subjectivities. Do we believe survivors when they tell us that they have been abused?

In the question and answer session, the audience put forward their ideas about how zero GBV could be reached. From a solutions-driven perspective, a representative from the Sex Workers Education & Advocacy Taskforce (SWEAT) suggested that a national sensitisation campaign, which ensures that these conversations are mediated at places frequented by perpetrators, such as shebeens and taverns.

The panel agreed with this intervention but took the solutions brainstorm further by including the need for zoning in on patriarchy in neighbourhoods through the use of community influencers such as religious leaders; the targeting of first-year students and educating them about GBV, the eradication of the stigma that comes with being a GBV survivor; the mainstreaming of social workers in higher education and in all other institutions; and moving the conversation beyond being one that happens only during Women’s Month in August.

Overall, the Critical Thinking Forum moved the conversation forward by advocating for increased strategic investments in funding GBV prevention and response programmes by the public and private sector as well as civil society and emphasizing the need for a strengthened coordination mechanism to ensure sustainability of successful interventions and prevention and response programmes.

The Critical Thinking Forum was concluded with a challenge to the panellists and the audience by Tlangelani Shilubane, UNFPA Assistant Representative highlighted that GBV in higher education mirrors GBV in society, therefore, successfully addressing GVB in higher education can change the trajectory of the nation, as the higher education sector is the incubator of thought leadership in the country. She added that the journey ahead is about collaboration of all relevant sectors championing the mandate based on their strategic advantages from policy development, functional justice system, service delivery which should focus on integration as well as functional referral systems, capacity building for service providers to ensure quality services including a functional justice system. We need services that uphold human dignity of each individual, community engagements to deal with social norms, patriarchal systems, we also can not underestimate investing in youth leadership. Lastly the role of ensuring appropriate domestic funding allocation for the response instead of over-reliance on donor funding.

Rape is endemic in South Africa. Why the ANC government keeps missing the mark