Uncaptured: The money problem and the journalists who have ‘stopped looking’

Investigative journalists helped pull South Africa back from a precipice by exposing the depth of state capture. But they are now staring into an abyss of their own: populist hostility, a funding crisis and waning public trust. On balance, our press remains one of the freest in the world – but for how long? By Carlos Amato

Songezo Zibi left Business Day and returned to corporate communications in 2015. The reason for his exit is understood to be a dispute with Andrew Bonamour, Tiso Blackstar’s CEO and founder, over Business Day’s independent coverage of the press ombud’s rulings on the Sunday Times’ Sars narrative.

But as an instance of editorial meddling by owners goes, this was not big by contemporary South African standards. 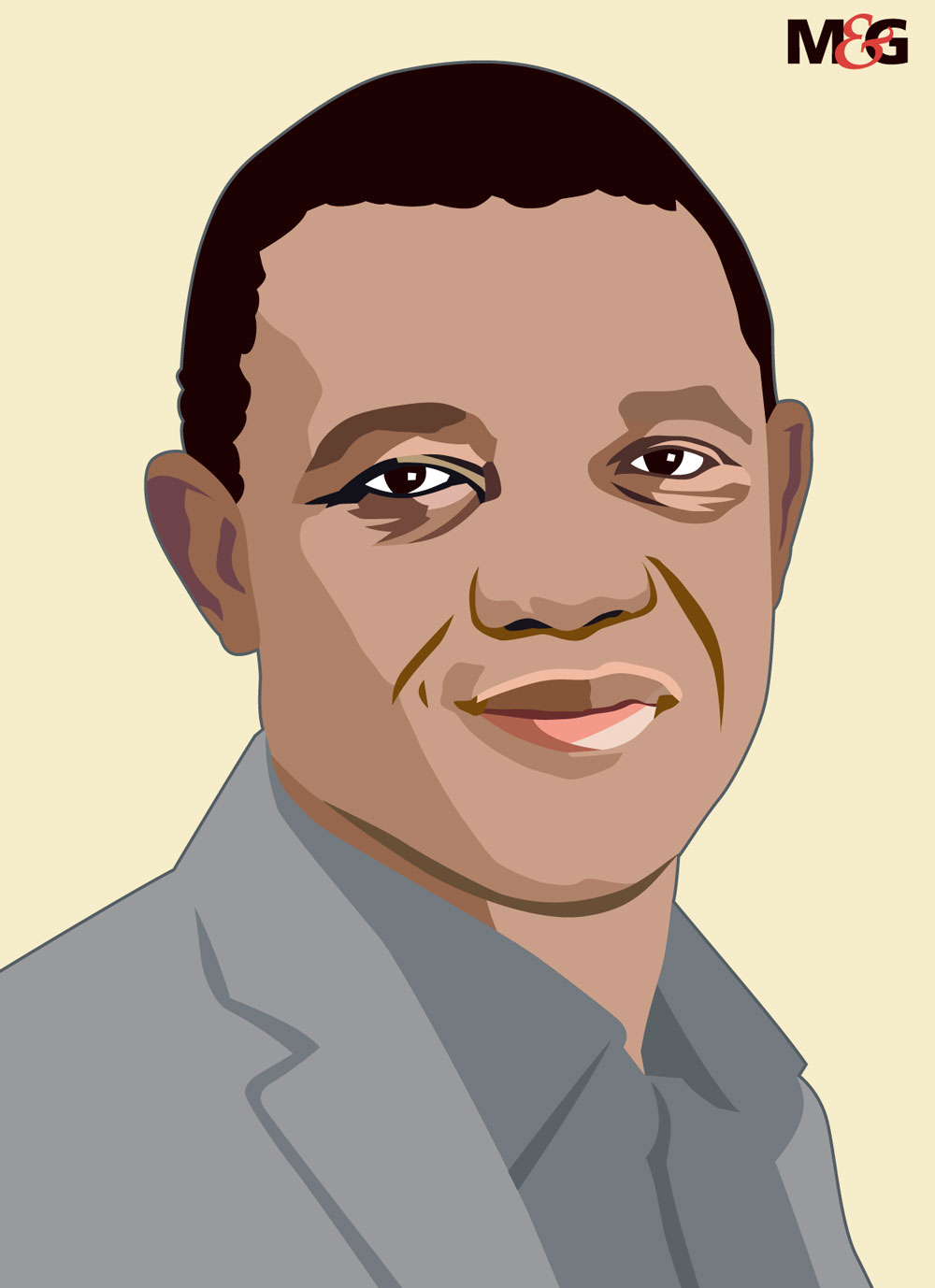 Songezo Zibi: “They simply did not have the skill and knowledge to work out what was bullshit and what wasn’t.”

Iqbal Survé, the surreally self-aggrandising boss of Independent media group, has contrived to incinerate the credibility — and thus viability — of a once-mighty stable. Survé’s newspapers are now disfigured by front-page hatchet jobs on his critics, and the inside pages studiously avoid much of the real news of the week. Despite having burned a pile of public servants’ pension money, borrowed from the Public Investment Corporation to acquire the Independent group, the company is in dire straits, and just completed another brutal round of retrenchments.

The extraction of value from the Independent group goes back a long way, Sole noted. “That arguably started under the Irish owners [notably Tony O’Reilly, the Heinz baked beans tycoon] who did not interfere much editorially, but squeezed juice out of the operation every single year and exported it to subsidise their vanity project in the UK.

“And then, after it was sold, that process was massively accelerated. The purchase was funded and embarked on for political reasons and for that reason people overpaid for the assets, and didn’t know much about the business.”

But Survé is merely a lunatic outlier in a broad structural crisis. Jobs are being slashed almost every year across all the big media houses, shrinking the value of each product. Although most South African media owners have made awful strategic decisions over the years, they cannot be blamed for the global collapse in print circulation and revenues.

The backstory is an act of slow-motion self-harm by the world’s media and creative industries, which have all but surrendered their intellectual property to the tech giants — Facebook, Google, Netflix and Apple. A decade ago, the news industry’s dream was to become “relevant” in the internet age — and to forestall piracy — by, in effect giving the product away. The digital ad revenue would come, everybody said. It did come, but it went to the tech giants.

Silicon Valley now banks most of the advertising revenues derived from the world’s digital content, from news to music and television. With readers everywhere now addicted to free news, paywalls are effective only for the biggest and most esteemed news titles, such as The New York Times and the Financial Times. Everyone else is treading water or sinking.

Sikonathi Mantshantsha, Zibi and others believe the South African press will only be secure when some generous tycoons (a very rare species) step into the breach and subsidise the major titles.

“The news media either needs a new good entrepreneurial idea, or it really needs a wealthy benefactor who is in it for altruistic reasons,” said Zibi. “People with very serious commercial pressures unfortunately find it very difficult to stick to principles.”

Even the Media24 group, owned by the richest corporation in the country, has been cut to the bone in recent years. One would think that Naspers would be able and willing to sustain a loss-leading news operation. No such luck.

“That’s the problem with being a listed company,” said Zibi. “You have shareholders who may not have the same moral considerations as management might have.”

Mantshantsha says media ownership needs to become a public service, not a profit venture. “Of course, not many people have money to throw around for the good of society. But media is a social good that needs to rely on the profit-making parts of society. As weak or as fragile as that situation is, it is the only way to secure the independence of investigative media, and that in turn strengthens other great institutions.”

It is possible to find altruistic owners or shareholders. This newspaper has found a benefactor in the shape of the US-based Media Development Investment Fund, which took a majority stake in the Mail & Guardian last year. The title has now stabilised after several years of mismanagement and near-bankruptcy under former owner Trevor Ncube.

Donor funding and reader crowdfunding, pursued with some success by The Guardian, are the other alternative funding sources. Both models are being pioneered in South Africa by amaBhungane and the Daily Maverick. In the past two years, amaBhungane exited a contract to supply stories to the M&G and closed the resulting gap in their budget with a wave of crowdfunding that supplemented their flow of institutional donor funding. But Sole said this mix is not a long-term solution for the industry.

“The Gupta leaks were very good for us [amaBhungane],” said Sole, “but the dividend didn’t last very long. And the model works for us, but only because we’re small, we’re elite, we do things which are publicly sexy.

“But the journalism ecosystem that is necessary to sustain democracy is much, much broader than that — and that has to be paid for. So our model is not enough to support that breadth. My own view is that there has to be political and legislative intervention somehow to tax the platforms that are taking all the money and funnel that into journalism.”

There are some precedents for equitable taxpayer support of newspapers. In Norway, for example, all newspapers receive state funding. The idea is to subsidise a broad range of ideological voices, thus enriching the national conversation. One of the most successful Norwegian titles is the nominally communist paper Klassekampen (Class Struggle).

But the South African state can’t afford to fund newspapers. (It did fund The New Age, but that didn’t work out.)

Journalists themselves cannot evade their own role in the money problem. Many readers and donors want to support exceptional reporting. And we should not be lulled into complacency by the excellence of our investigative units in covering and resisting state capture, a project that was justifiably prioritised by the major news platforms at the expense of other urgent stories.

There is a dearth of deep coverage about the slow-motion crises in South Africa — inequality, land and food security, environmental degradation, corporate extraction from consumers, the state’s failures in delivering quality healthcare, safety and education. 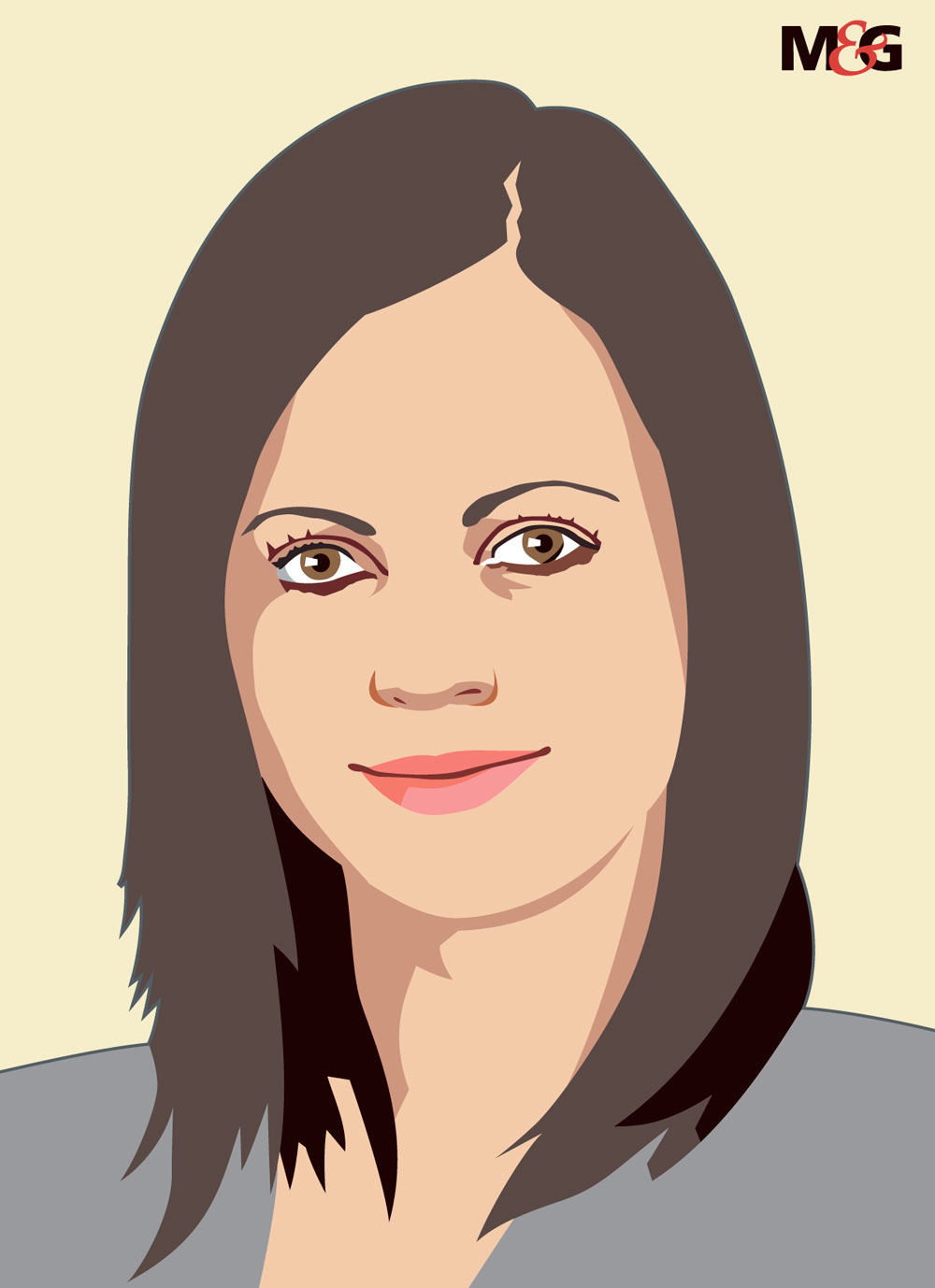 Pauli Van Wyk: “Of course no journalist is objective — we are all products of our society and our space.”

That failure of breadth and depth can be linked to our immersion in social media platforms, which have simultaneously supercharged the news economy and debased it. Our work routines are now a chaotic scatter of reflexes, desperately seeking a disposable topicality.

Freelance journalist Niren Tolsi described this syndrome with brutal honesty in his Ruth First lecture at the University of the Witwatersrand this year. “Journalists have stopped looking,” said Tolsi. “We have stopped looking up from our smartphones and social media platforms when we report on something. In doing this we miss the detail which elevates our storytelling. We do this because we are told our readers demand constant information. We also do it for the endorphin rush of virility, for the narcissistic kicks of affirmation from our digital networks. With our heads down, we have physically stopped looking at the world around us, its stories and its nuances.

“Like the society around them, journalists have developed an inward-looking narcissism, which is contrary to our essential role: to tell other people’s stories. The journalistic eye has been replaced by the self-aggrandising ‘I’ as opinion replaces more expensive social and forensic investigation in an age of relentless newsroom corporatisation and austerity.”

To recover that attentive journalistic eye, we need the guts to tackle an array of elites, and not just politicians — advertisers, the rich, the educated, the thought police of ‘woke’ Twitter. It’s far too easy and tempting to please the denizens of our personal echo chambers, to speak to and for people like ourselves.

All too often, press reportage ignores or alienates a range of audiences we imagine are not reading us, or don’t read at all, or would never understand us. These include older people, religious people, traditionalists and people whose populist politics we despise — to the right and to the left of our comfortable, centre-left consensus. Many of these people angrily use the phrase “mainstream media” to describe the press.

That is a nebulous and loaded phrase, often irritatingly used by conspiracy theorists to wave away factual realities. But it is not an imaginary construct: there is indeed a set of perspectives, convictions and reflexes that dominates journalism, but this is not universally held. The trust deficit between readers and the media doesn’t come from nowhere, however cynically it is being deepened by divisive political forces.

To stay uncaptured, we need to capture a bigger reality. And to fight harder, we need to listen harder.

This article is dedicated to the memory of three great journalists: Mandy Rossouw, Suna Venter and Sibonelo Radebe

Part I: Uncaptured — How it all began

This article has been amended to reflect an update from the writer.