Goodbye to the godfather of Lesotho politics

Late January and early February in Lesotho promise the peak of summer heat, thunderstorms in the late afternoon and the partisan in-fighting of annual political party conferences. Although the rains have come late this year, the party conferences have delivered more than their share of fireworks right on time, with the possibility of seismic change at the helms of Lesotho’s two largest and most venerable parties.

The biggest news was the announcement of the retirement of Lesotho’s longest-serving democratically elected prime minister, Pakalitha Mosisili. But this raises more questions about politics in the Mountain Kingdom than it answers. Do the leadership shuffles portend long-awaited generational change that will lead to better outcomes for Basotho, or will Lesotho politics stumble along in a familiar quagmire of scandals, party splits and leadership battles?

The emergence of two 41-year-old leaders at the helm of opposition political parties — the Movement for Economic Change (MEC) and the Democratic Congress (DC) — in the wake of Mosisili’s retirement could conceivably signal a generational leadership shift in the political system.

But this emphasis on youth is not matched on the other side of the parliamentary aisle, where current Prime Minister Tom Thabane has announced his plans to hold on to power until 2027, when he would be 88 years old. 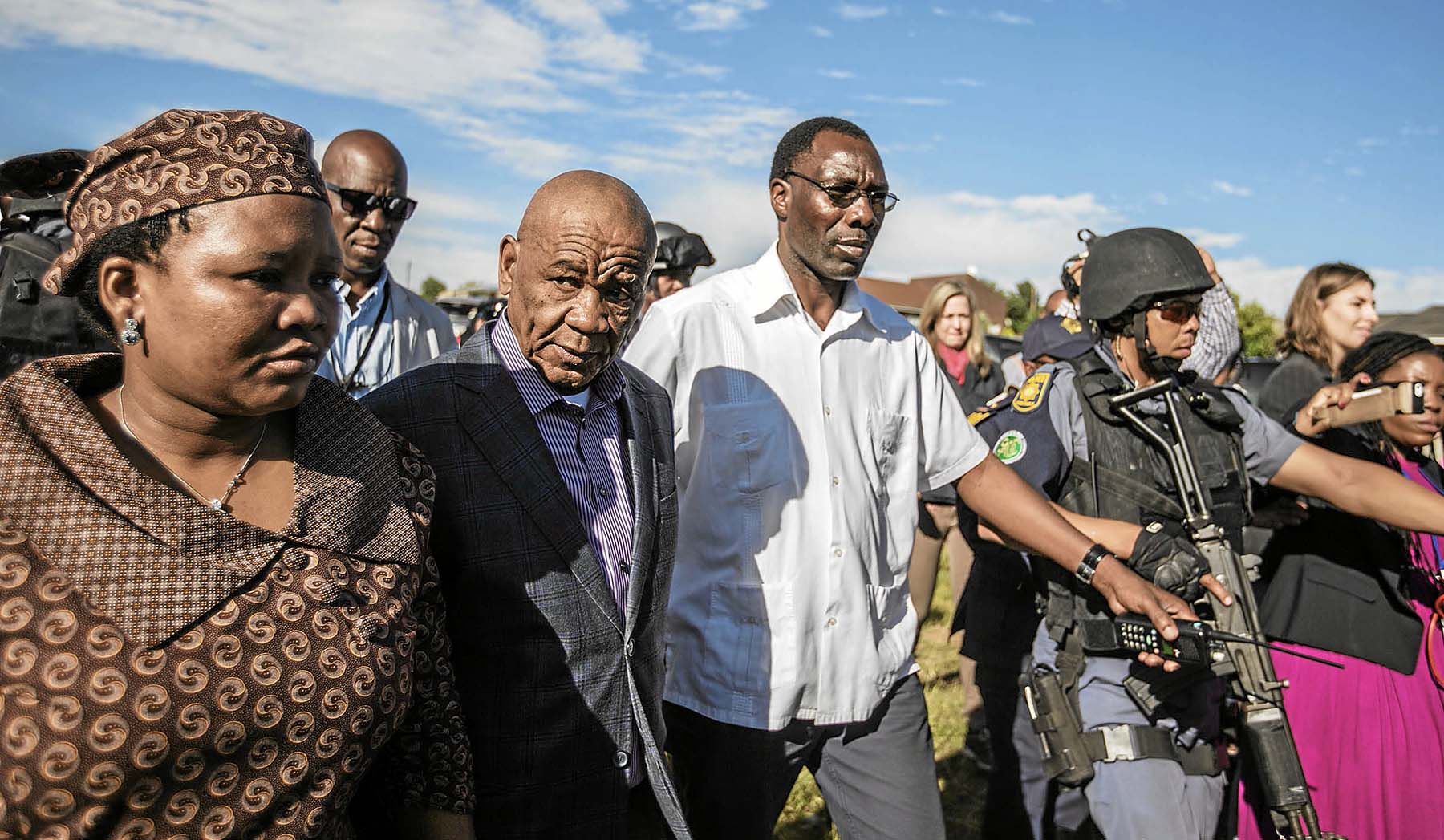 Thabane is facing his own internal challenges. His faction of the ruling All Basotho Convention (ABC) lost ground in recent party elections. Not only was rival Nqosa Mahao elevated to the position of deputy leader, Thabane’s supporters also lost control of the national executive committee (NEC).

Without allies in the top leadership positions, this leaves Thabane increasingly exposed.

Regardless of recent major party splits, the threat posed by a younger generation of opposition leaders could be the catalyst the ABC needs to unite and bring about the substantive political and security changes Lesotho has long needed.

Mosisili’s announcement late last year of his retirement from the top position in the opposition DC was surprising. Lesotho’s political leaders have rarely, if ever, voluntarily retired from office. There are, however, some whispers asking how far back Mosisili is really stepping. Although he has promised not to run again for his Tsoelike constituency in Qacha’s Nek, some party members worry that he has manoeuvred a relatively inexperienced lieutenant — 41-year-old deputy leader Mathibeli Mokhothu — into the top party slot so that he can retain control from behind the scenes.

A force mitigating against the continuing influence of Mosisili on opposition politics is the rise of the MEC. This party was founded in 2017 by Selibe Mochoboroane, a rising star in Lesotho’s political landscape who is also 41 years old. The MEC was a splinter from Mosisili’s previous party, the Lesotho Congress of Democracy (LCD).

Mochoboroane served as a minister in Mosisili’s final government from 2015 to 2017, but more so than most opposition leaders, he has carved out an independent name for himself.

This public reputation comes largely from his role as chairman of the public accounts committee, the parliamentary investigative arm tasked with looking into corruption.

With this prime platform, and with Basotho increasingly concerned about the corrosive effects of public corruption, Mochoboroane has the potential to emerge as the foremost opposition leader in the vacuum Mosisili leaves behind. Thus, the DC bringing in the fresh-faced Mokhothu to replace Mosisili could be seen, in part, as a response to the rise of Mochoboroane and the MEC.

With younger opposition leaders on the rise, Thabane and the ABC could conceivably lose some of their younger, urban political voter base. Carrying all the country’s urban constituencies at the 2017 polls and carving out a better showing than ever before in rural districts long dominated by the DC and LCD, the ABC was the only party that had the potential to build an absolute majority in Parliament.

Such a majority would free them from having to rely on fractious coalition partners to form a government.

But, if the ABC splits, or if the rising generation of opposition leaders can cut into the ABC’s urban base, the ABC could potentially lose its dominant political position.

Thus, the leadership struggles in the ABC have taken on greater significance with Mosisili’s retirement. Although Thabane ran unopposed for the top spot in the ABC, the loss of the deputy leader position and control over the NEC suggest that, for the first time since the party was formed in 2006, there is a groundswell of support for leaders other than Thabane. This leaves the ABC at a crossroads, and in the midst of a protracted court battle over whether the old NEC (Thabane controlled) or new NEC (supportive of Mahao) will win a power struggle.

The choices the ABC leadership make in the coming weeks could have wide-ranging ramifications for politics in Lesotho. If Thabane leads his faction out of the ABC (which he may have to do since his side lost control of the NEC), the divisive nature of Lesotho politics continues and the system muddles along as it has done for the past decade.

If, however, Thabane and his supporters can swallow their pride and make compromises with the ascendant faction in the ABC, there is a chance the party could continue its growth. This would probably involve setting a retirement date for Thabane significantly earlier than he has expressed, and would necessarily involve a renewed commitment to the security sector reform at the root of so many political problems in the country.

The politics of stasis

No matter who ends up at the helm of Lesotho’s political parties, continuing the politics of stasis will not lead to appreciably better results for citizens.

Many analysts have pointed to two issues with political process in Lesotho that remain unresolved, and perhaps too deeply entrenched for even new leaders to surmount.

The first is the deep entanglement between the security forces and the elite political class; the second is the proliferation of political parties — there are about 30 currently registered, and 12 with seats in Parliament — which encourages personality politics, limiting the effectiveness of the legislature.

Afrobarometer survey data shows clearly that Basotho are getting more frustrated with each passing year as political gridlock and security instability frustrate the educational and economic aspirations of citizens.

This does not mean the time of political change in Lesotho is definitely here. But the transition that Mosisili’s retirement and the ABC leadership challenges represent suggests that now might be the best opportunity in quite some time to put pressure on political leaders in Lesotho.

John Aerni-Flessner is an assistant professor of African history at Michigan State University and is the author of Dreams for Lesotho: Independence, Foreign Assistance, and Development. Charles Fogelman is a lecturer in the global studies programme at the University of Illinois at Urbana-Champaign