The evidence is conclusive: over and over again, democrats trump dictators

In the past 10 years it has become fashionable to argue that democracy is not good for development in Africa. It is said that elections lead to political instability and conflict and undermine the unity needed for economic growth. Authoritarian leaders such as Paul Kagame of Rwanda, by contrast, have been lauded for driving economic development and reducing corruption.

Economic problems have created the impression that slowing economic growth and rising debt have been driven by destabilising multiparty competition.

But this is wrong. Instead, nine times out of 10 authoritarianism is bad for development and the quality of governance. According to a new report, Africa: A Divided Continent, based on data collected by the Bertelsmann Transformation Index (BTI), democracies consistently outperform their authoritarian counterparts.

The implication is clear: if we want to promote the kind of economic change that is sustainable and lifts citizens out of poverty then we should also be promoting democracy.

Between 2015 and 2018, the transformation of African economies stalled. After a period of promising economic expansion in the 1990s, a combination of falling demand for commodities and the failure of many states to diversify their economies led to lower than projected growth.

According to the African Development Bank, real gross domestic product (GDP) growth in 2015 was a robust 3.6%, but this fell considerably to 2.2% in 2016 largely as a result of a slowdown in the continent’s major oil economies of Nigeria, Algeria and Egypt, which together account for more than half the continent’s GDP.

On average, the economic growth of sub-Saharan Africa’s petro-states fell from 5.4% in 2014 to 2.9% in 2016. In a number of countries including the Central African Republic (CAR), Libya, Mali, Mozambique, Somalia, Nigeria and South Sudan, this trend was exacerbated by chronic political instability and in some cases civil conflict.

Given the pace of population growth, these growth rates will be insufficient to generate the number of jobs needed to prevent the unemployment rate from increasing.

The effect of a difficult economic context has often been compounded by poor management. The BTI data suggests that almost every indicator of economic governance declined over the past three years, including currency and price stability, anticorruption efforts, the capacity of welfare regimes and the protection of property rights.

Taken together, the combination of falling revenue and rising waste has put government budgets under pressure, constraining the policy levers available to African leaders. Along with rising currency and price instability, this has hurt the living standards of citizens in many countries.

It has also led to a rising debt burden that has diverted resources to debt servicing, leaving less money for investments in welfare and infrastructure.

According to figures collated by the Brookings Institution, between 2008 and 2016 the public debt to GDP ratio in sub-Saharan Africa more than doubled to over 40% for the first time since the Heavily Indebted Poor Countries debt relief initiative, and by 2017 had surpassed 50%. Countries such as Eritrea, the Republic of Congo, Egypt, Mozambique and Mauritania, where the debt to GDP ratio exceeds 95%, already face an unsustainable situation.

There is also a real risk that over the next few years more of the continent’s larger economies — Angola, Ethiopia, Kenya, Nigeria and South Africa — will enter debt distress, which would have dramatic implications for the continent’s growth trajectory.

Why it pays to be a democracy

It is sometimes said that these economic difficulties would be solved if governments were allowed to get on with the job of governing without being distracted by elections, opposition parties and popular protests. The reality, however, is that it pays to be a democracy in Africa.

Perhaps most importantly, democracies are better at providing the kinds of development that citizens value highly, such as education. Using data from across the continent, Robin Harding and David Stasavage, authors of What Democracy Does (and Doesn’t Do) for Basic Services, published in The Journal of Politics, show that democracies enjoy higher rates of school attendance than non-democracies, and that one of the main reasons for this is that they are more likely to provide such services for free.

There is also a much broader democratic dividend available to African states. Looking at 43 countries for the period from 1982 to 2012, Takaaki Masaki and Nicolas van de Walle write in their report The Impact of Democracy on Economic Growth in Sub-Saharan Africa, that there is “strong evidence that democracy is positively associated with economic growth”.

Not only do African states that are more democratic grow faster, this advantage is also more pronounced for those countries that have remained democratic for longer.

The BTI data helps to explain why democracy is correlated with improved economic performance. The report ranks countries in terms of the quality of their governance from “very strong” to “very weak” based on a broad range of criteria, including how efficiently they use their resources, the effectiveness of anticorruption efforts and their capacity to build consensus on key policy priorities.

Most countries rated as having weak governance are either states in conflict or authoritarian regimes, such as Chad, the Democratic Republic of Congo and Libya. The same is true of those found to have “weak governance”, a category that includes no democracies. 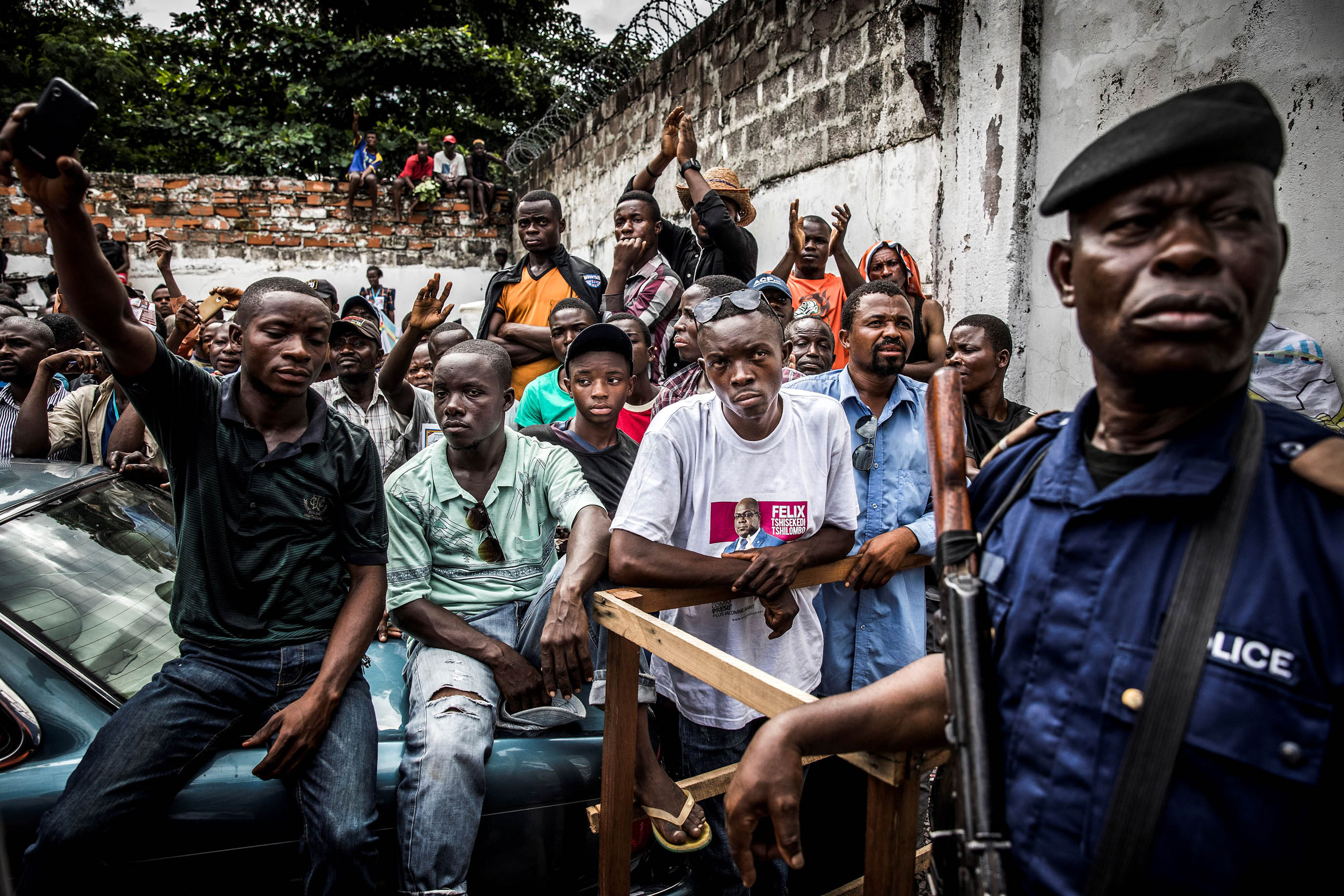 Elections are held in countries such as the Democratic Republic of Congo but this does not guarantee good governance and economic growth that will benefit people. (Luis Tato/AFP)

By contrast, the only country with “very good” governance is Botswana, one of the continent’s most democratic states, and the “good” governance category is populated with countries that do a better job of respecting civil liberties and political rights, such as Benin, Ghana and Mauritius.

The same trend exists for economic management. The BTI classifies countries into five categories, from “rudimentary economies” to “developed economies”. In 2018, all the countries deemed to have a rudimentary economy were authoritarian states, including the CAR, Eritrea and Sudan.

At the same time, the two countries considered to have developed or functioning economies are consolidating democracies: Botswana and Mauritius.

Although some authoritarian states are recognised to have above-average economic transformation and moderate governance, most notably Rwanda and Uganda, these are very much the exceptions that prove the rule.

The idea that strongmen are needed to promote democracy in Africa has a long history. It began soon after independence, in part because it suited African leaders who wanted to consolidate their own power by undermining democratic checks and balances to peddle this myth.

But in reality there is no evidence that authoritarian governments perform better. In the 1980s, all the authoritarian regimes on the continent were outperformed by Botswana and Mauritius.

The same pattern holds today. With one or two exceptions, authoritarian governments perform worse in governance and economic management. It is thus important for Africa’s future that the myth of the developmental autocrat is debunked once and for all.

The damage that such ideas generate is perfectly illustrated by recent developments in Tanzania, where some have argued that President John Magufuli’s authoritarian tendencies should be indulged because of his determination to resolve the country’s governance problems.

We are now only a few years into Magufuli’s reign, but it is already clear that the Bulldozer’s anticorruption campaign was a sham, and that high-profile sackings and prosecutions have been used to hide ongoing corruption. A special investigation by the controller and auditor general that was recently leaked on the African Arguments website suggests that hundreds of millions of dollars may have already gone missing on Magufuli’s watch.

In countries such as Tanzania, therefore, sacrificing democracy for development makes no sense. Not only does it infringe on the human rights of citizens, it is likely to leave them poorer.