Harvest of Thorns by Shimmer Chinodya, by Weaver Press (2017) 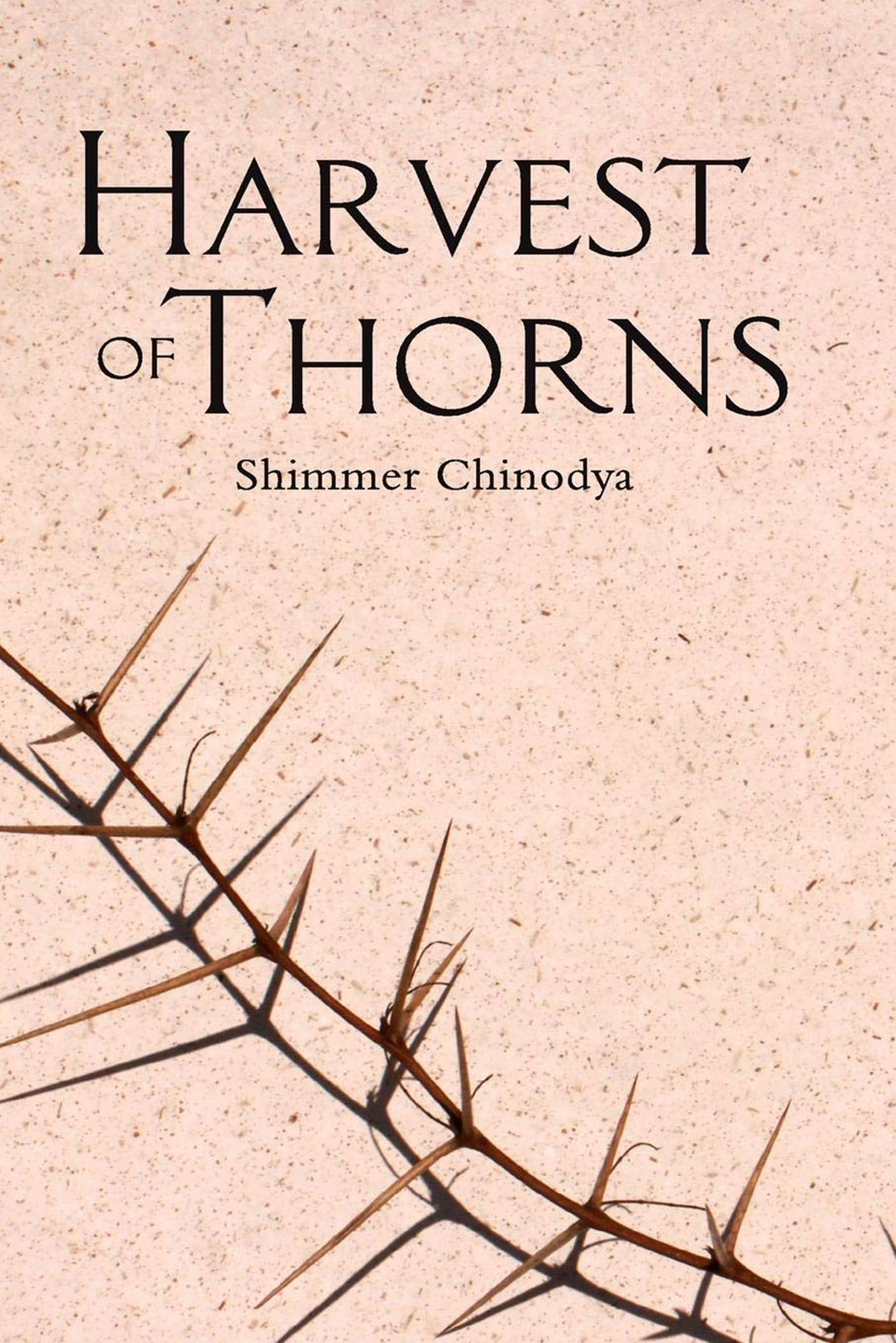 Shimmer Chinodya’s Harvest of Thorns won the 1990 Commonwealth Writers’ Prize: Best Book (Africa Region). I first read the book as an O level literature setwork book and I remember, even then, getting the feeling that it went somewhat against the grain of the national war narrative played out on the state broadcaster’s programmes, our history syllabus and the gaudy Heroes’ and Independence Day celebrations.

Despite the prominence of Dambudzo Marechera and Tsitsi Dangarembga in world literature at the time, the different trajectories of critical singers, at least when compared with the writers, speak to the accessibility and mass appeal of music over literature.

Weaver Press has recently republished Harvest of Thorns, providing a lens through which to view the last 60 years of Zimbabwean history.

In the novel, Benjamin Tichafa returns from the war in 1980 a war-toughened young man with unkempt hair, striding in his big brown boots. His brother proudly points out the first black people to leave the townships for the suburbs.

“Who else moved out?”

“The Mubis. You remember the Mubis? They live around here. And that big house over there belongs to the new black mayor.”

In 1989, when the novel came out, the “patriotic” myth of the gallant comrades fighting against the evil white regime and delivering land and prosperity to majority black Zimbabweans was beginning to unravel. Zanu-PF cabinet ministers had been implicated in corruption at the state car company after using their influence in the illegal acquisition and reselling of vehicles in the Willowgate Scandal. Pasi Nema Sellout (Benjamin Tichafa’s nom de guerre, which means “down with the sellouts”) has a premonitory slant during the war.

“Blast politicians talking forever in posh hotels. As if they can tell the muzzle of a gun from the butt. Sending their children to schools in the USA and UK. Chanting slogans.”

What captures this moment in the public imagination is the 1989 hit song by Thomas Mapfumo unambiguously titled Corruption, in which he notes: “Everywhere there is corruption. Something for something, nothing for nothing … The big fish, don’t care about it.” 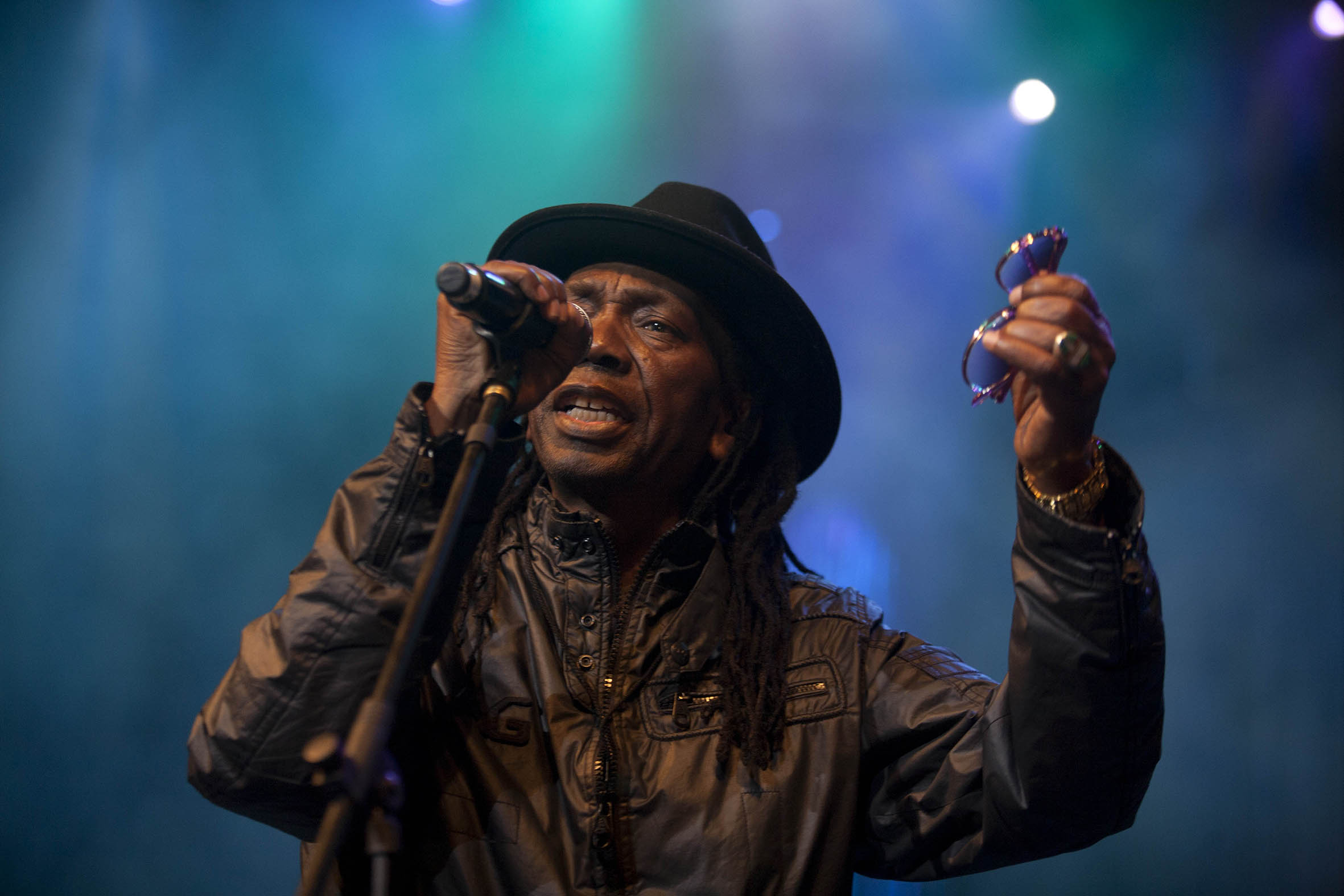 In Zimbabwe, the griot holds a microphone. The song marks the beginning of Mapfumo’s alienation from the Zanu-PF government (about which he had previously sung praise songs), the state media and from the country itself when, in the early 2000s, he went into a self-imposed exile to the United States.

Harvest of Thorns dared to shake the table, to use today’s parlance, in its portrayal of female characters by a male writer.

Pregnant Shami has a craving for matemba. “There was the craving for him too, as if (this she never told him) the tickling thing inside her needed to be constantly pushed back firmly into place. It was nothing, just a feeling that made her confuse eating and lovemaking, and sometimes brought the words matemba and Clopas in one breath.”

Chinodya then goes on to explore the sexual dynamics during the war. Pasi NemaSellout’s unit visits an ammunition supply base staffed entirely by female combatants to restock. One of the female guerrillas wakes him up saying: “I just thought to check on you before going to sleep.”

She stays on his mind. This “girl who smelt of blue soap and beans and gunpowder, who wore denims and boots and carried a bazooka on her back; a girl who cut her hair short like a boy and whose fingers were stone-stiff from hauling crates of ammo. You were surprised when she said ‘Thank you, I needed it.’ ”

Between romance and politics, Chinodya shifts tone deftly from whimsical to urgent. He digs back into 1960s Rhodesia and the surge of nationalist sentiment.

“Men began to go around the township telling people to gather in the township square for a march into the city.

The march is “drowned by the wail of police sirens, by the crash of the erupting crowd as the teargas landed, by the dull thump of batons beating bodies. Sometimes shots rang out … Scores of people would be snatched out of their houses and taken away by the police.”

In 1989, Zimbabwe was also coming to terms with Gukurahundi, almost six years of state brutality in the country’s western regions, during which an estimated 20 000 civilians were killed.

Despite a media blackout and state propaganda, reports of atrocities were filtering through. The country was also still in effect under a state of emergency dating back to 1965. In this environment, “blast politicians” was a daring sentiment unfortunately locked away in a book.

In January 2019, during protests sparked by a sharp increase in the fuel price and a subsequent state clampdown, 17 killings, 17 sexual assault cases and hundreds of abductions and assaults were reported. One trigger was a social media call for the protest action to be carried over to the more affluent suburbs of Harare. The same suburbs that Benjamin Tichafa regards cynically on his return.

This state violence can in some ways be seen as a continuous wave of violence which merely peaked in the 1970s war. At a pungwe, the commander of Pasi NemaSellout’s unit tells of how white arrival led to dispossession of land and livestock, independence and livelihood. In a country whose history was primarily fabled to facilitate occupation by Rhodesians by conjuring up ancient Phoenicians and even aliens as the builders of the ancient city of Great Zimbabwe, and then contested in linear and self-congratulatory narratives by a victorious Zanu-PF, Baas Die weaves a nuanced tale which does not absolve the Africans of fault in their dispossession. Between slogans he says: “After the rains the villagers built granaries for the strangers and brought in the harvest from the field. They reaped little from their own fields. Because the stalks of their millet were hard and thin, it was like a harvest of thorns.”

In 1989, after almost a decade of observation, Chinodya was saying that the strangers had merely changed skin colour.

Religion and the ancestors

The same strangers also introduced Christianity and in the 1960s, the devout, such as Benjamin Tichafa’s parents, would be viewed as sellouts by the revolutionaries and sometimes confronted. The resultant cultural conflict would overlap with the political turmoil.

One evening his mother was coming from church when she was met by a group of men in the street. “Whose daughter are you?” the men asked her. “Uri mwana wani?”

‘Child of God!” the men flared. “There’s nothing like that! You’re a child of the soil, you hear. Mwana wevhu.”

The liberation war effort merged nationalism with an African spirituality denigrated by decades of colonialism. It is a recurring feature of the national discourse, to blame this country’s misfortunes on the failure by politicians and former combatants to repatriate the remains of fighters left behind in battle. In a scene, the guerrillas consult a spirit medium: “Pasi NemaSellout stared at the svikiro’s sooty hands and the stained razor blade gripped in her fingers … and then she shivered the sudden big chest-heaving shiver of the old man inside her …”

Although Chinodya went into detail in Harvest of Thorns, the popularity and accessibility of Simon Chimbetu’s music had more impact. In 1997, his lament Pane Asipo, channelled this spiritual sentiment, which helped to push the Zanu-PF government into making hasty disbursements of funds to Liberation War Veterans, setting into motion the economic freefall of the country. In the song, Chimbetu brazenly calls out Zanu-PF politicians for living lavishly while ex-combatants have succumbed to destitution.

Zimbabwe has a large diaspora. Many thought they were leaving temporarily but, decades on, they have stayed on abroad. For those who harbour, in some remote corner of their souls, the desire to one day come back, Benjamin Tichafa spoke pre-emptively on their behalf as he shuffled back into town in his big brown boots,

“The worst thing is to come back and find nothing has changed. I look at my father and mother and brother and sister, at the house in which I was born, at the township in which I grew up — people prefer to call it suburb now — and I see the same old house, the same old street and the same old faces struggling to survive … The real battle will take a long, long time; it may never even begin.”