Marrabenta, the pulse of Moz

Before the first note of the 2019 Marrabenta Festival finale in Matola was played a late-summer cyclone hit, sending the tents flying and causing the two huge LED video screens to sway on their winches and the 9m-high stage to stand precariously tall in the gale. Festival director Paulo David “Litho” Sithoe had to deal with the fallout.

Marrabenta is the national musical style born in the south of Mozambique after World War II. But with the civil war of the 1970s and other more recent problems, marrabenta almost disappeared.

In 2008, the revival of this infectious musical style began with the founding of the Marrabenta Festival in Sithoe’s hometown of Matalana.

He describes marrabenta as a “renewable energy” and positions it between traditional and classical music. “Whereas the other two levels need support to flourish, marrabenta is sustainable, like cultural tourism itself. Marrabenta is like a compass. We can use it when the direction is not clear.”

He has marketed marrabenta as a living, malleable and all-inclusive style central to Mozambican identity, and calls it “marrabenta+”.

Sithoe was mentored in the marrabenta style by world-renowned African contemporary artist Malangatana Ngwenya, whom he met during his first year of study at the Institute of Arts and Culture in Mozambique.

Malangatana believed marrabenta could unite people, develop cultural life in Mozambique and promote the country to the rest of the world.

“Malangatana said marrabenta was more than music, but a concentration of music, dance, art and public life,” recalls Sithoe.

“Malangatana used his international reputation to build infrastructure and inspire people to use the power of culture for human development and global impact.”

In 2000, after completing his art degree, Sithoe began working as a sound engineer in Mozambique’s vibrant music scene, where he met Rob Allan, aka DJ Bob, at a live performance of 340ml in the coastal town of Tofo. DJ Bob, the founder of the legendary 206 live-music venue in Orange Grove, Jo’burg, invited Sithoe to work with him on OppiKoppi and other South African events and festivals.

“This really gave Lithoe the chance to see what is possible. He met many people, built up reliable contacts in South Africa and started buying gear. Everything from speakers, turntables and tents were moved across the border, by any means possible, often with hilarious results. We were just ‘winging it’ in the early days,” says Allan. 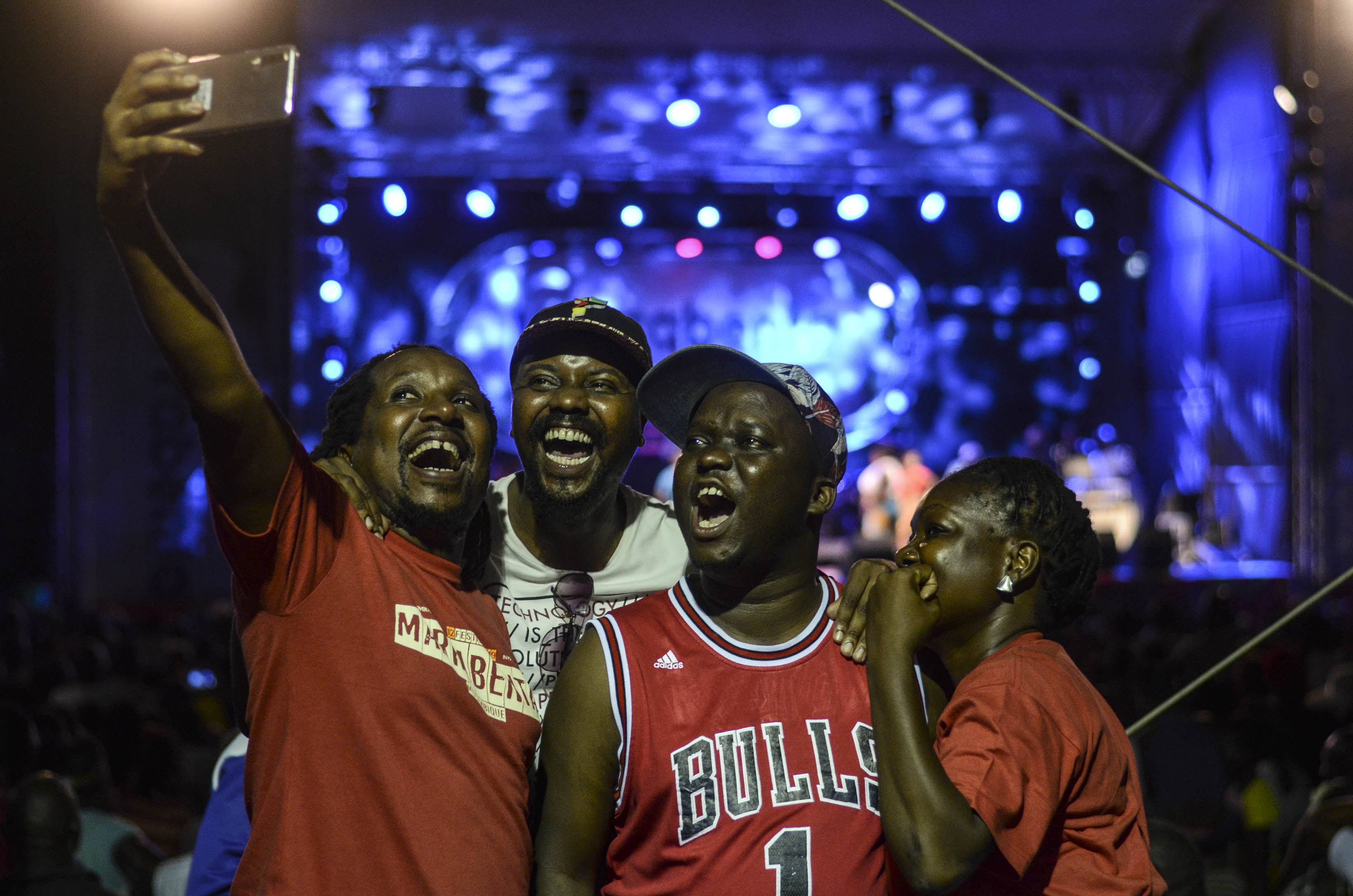 In 2008 he decided to revive interest in marrabenta by launching the Marrabenta Festival in Matalana’s 2 000-seater amphitheatre.

From the outset, it was different from every other festival in the country. It brought the Mozambican family and the people of the world together by adding free concerts to the ticketed events. From rural areas, where musicians played to a few hundred people, all the way to a 35 000-strong festival on Costa do Sol beach in Maputo — broadcast live on local TV — the festival has always sought to reach as many people as possible.

It has been staged in Chibuto and Chokwe in Gaza province, in Inhambane province, in Beira, Mozambique’s fourth-biggest city, and in Boane, Xinavane (where the sugar cane comes from) and many other towns in Maputo province.

The festival includes three events at different locations. The central event is the annual Heroes’ Day celebrations in Marracuene, on the Inkomati River, 30km from Maputo. Heroes’ Day remembers February 2 1895, the date of Gwaza Muthini (Battle of Marracuene) during the Portuguese conquest of the Gaza Empire. The remains of the Mozambican heroes who fell are buried under the dusty grounds of the festival’s centre. Two lines of trees were planted in remembrance of the chiefs who died in that war.

During the day, Gwaza Muthini is commemorated with the ngoma and isicathamiya performers of the Shangaan people, as well as the dance of the male elders from Swaziland whose ancestors fought in Gwaza Muthini.

Marracuene takes its name from “the buttocks of a woman”, which the nearby hills resemble. The town is a historic centre for marrabenta, which comes from the Portuguese word “rebentar”, meaning “to break”. The music was said to break the emotional barriers of the audience. This 1950s music genre has been adapted to the pop genre of the younger generation in a style they call pandza, taken from the Shangaan word meaning “break”.

A free train ride brings festinos from Maputo to Marracuene and offers them an experience “deep in the soul of Mozambique”, as Sithoe describes it. He adds: “Everyone in Mozambique has a family member who went to the mines.”

Tananas bass player Gito Baloi, who died in 2004, said it was the Mozambicans working in South Africa’s mines who introduced marrabenta, which led to the creation of marabi in Johannesburg.

Guitarist Fany Mpfumo arrived in Johannesburg in 1946 and recorded with Spokes Mashiyane and Miriam Makeba, and founded the Dark City Sisters.

Dilon Djindji the “King of Marrabenta”, now 91, travelled to the mines in 1954. He has since been recognised with a biography, a role in the film Marabentando (2006), a 2018 lifetime achievement award and a 90-years tribute album. Djindji began playing guitar at the age of 12, transposing traditional songs on to the instrument and performing in the clubs and associations in Mofololo and Marracuene in 1938 at the age of 17.

The 2019 lifetime achievement award went to 90-year-old journalist António Fonseca. He came to Maputo from Portugal in the 1960s and went against the colonial current of the urban elite by offering Mozambican musicians the opportunity to record their songs and playlist them on Radio Mozambique. He recorded marrabenta groups ranging from Orquestra Djambu’s early works to Djindji compositions, as well as recordings by Alberto Mula, who influenced the course of marrabenta by combining it with sangoma drums.

Orquestra Djambu is sometimes credited with originating the marrabenta sound. Their founding member, 99-year-old Moisés Ribeiro da Conceição, presented the award to Fonseca. He was accompanied by his grandson Simba Sitoi, who collaborated with DJ Kenzhero on a project titled Jozambique.

Of late, the Marrabenta Festival has become a platform for positive social messaging, new references and reinvention. Inventive musical collaborations across multiple styles honour the senior professionals such as Xidiminguana, Mario Ntimane and Pedro Chiao (bandleader of Os Galtones).

It has also built up a strong archive of videos, interviews and live and studio recordings. Its team is working towards a re-release of the Fonseca archive and, together with sponsor 2M, is promoting the music in eight cities around the country throughout 2019, in a project called Cidade a Maniera (The city in my style).