Bank at heart of Gambian tyranny

Yahya Jammeh once said he would rule the Gambia for “one billion years”. His rule proved somewhat shorter — he lost the presidential elections in 2017 after 22 years in power.

Since then, a massive clean-up of Gambian institutions has begun. But the cost of his rule has been dear. It will be generations before Gambians can fully recover. His was a dictatorship, in which the currency of power was his alone, but the profiteering was happily assisted by an assortment of nefarious characters.

Through the army, led by General Sulayman Badjie and Jammeh’s own private mercenaries, the Jungulars, he ruled by torturing and imprisoning political opponents and human rights activists, murdering journalists and depriving and dispossessing citizens of their right to exist.

This week, a six-month investigation by the Organised Crime and Corruption Reporting Project (OCCRP), titled Gambia’s Great Heist, has revealed how, with the aid of people like an alleged Hezbollah financier Mohammed Bazzi, at least $1-billion was siphoned from the country.

But buried within the thousands of documents obtained by the project documenting Jammeh’s 22-year rule lies another integral but hidden roleplayer: Western bankers.

To sustain his rule, Jammeh relied on a patronage network comprised of “fixers” — middlemen to whom large public contracts were awarded in exchange for loyalty. The Gambia’s political economy became dependent on these men. Bazzi was one of these fixers. Through his many companies, money flowed in and out of the Gambia. Through his company, Euro African Group, he had a complete monopoly over fuel in the country.

When Bazzi, who is subjected to United States government sanctions for his alleged ties to Hezbollah, sought to transfer a monthly “incentive” of $500 000 to Jammeh, he relied on banks.

Some of Bazzi’s activities in Europe, through one of his companies, Global Trading Group, can all be traced through one bank: KBC, formerly known as Kredietbank. This has been gleaned from records of bank transfers connected to the company’s activities in Belgium. KBC is a financial behemoth and one of the top three banks in Belgium, with a market capitalisation of $25-billion in 2018. 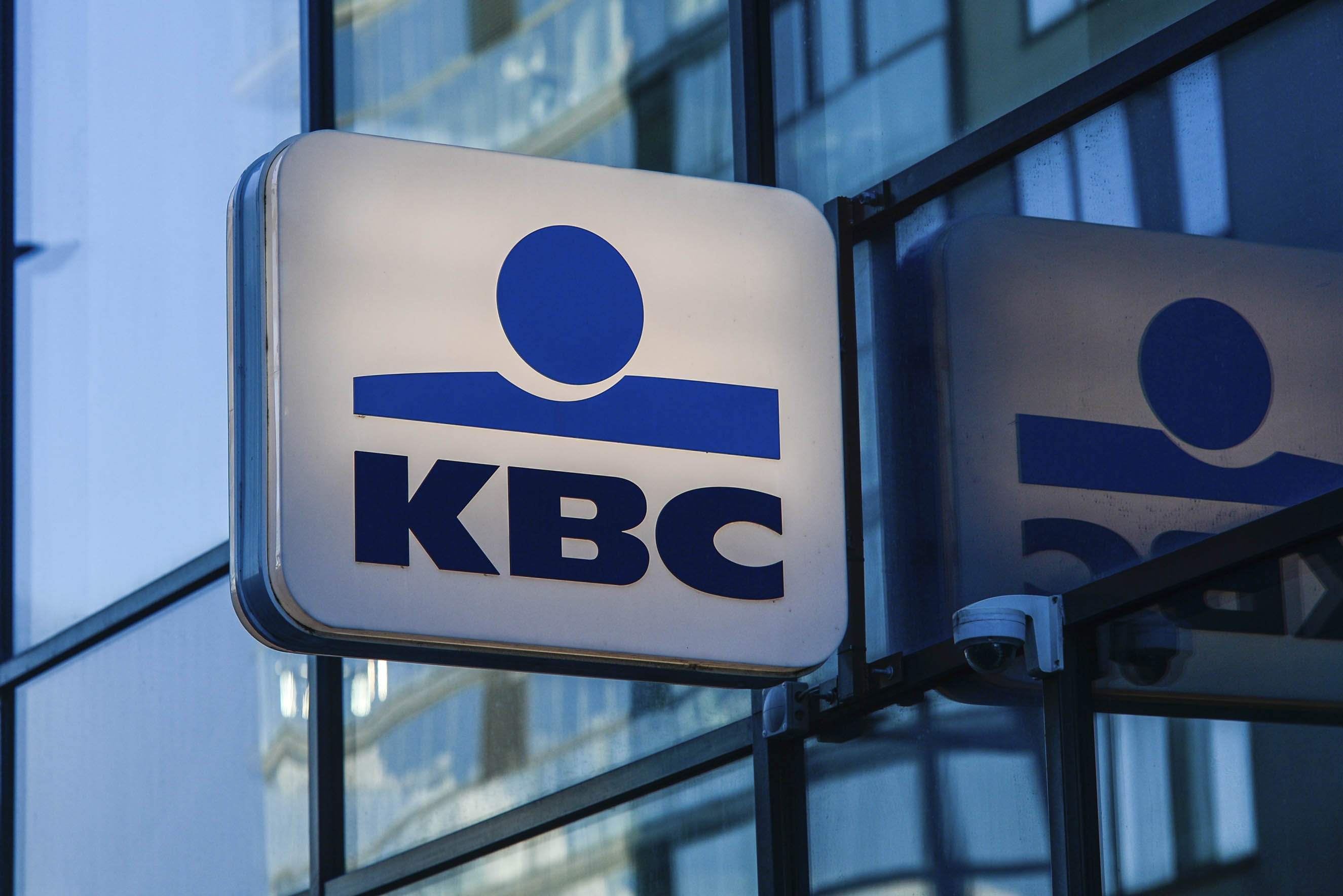 A view of a KBC Bank Ireland logo in Dublin. (Artur Widak/ NurPhoto)

Bazzi used Global Trading Group’s bank account with KBC to manipulate taxes involving the Euro African Group, which has held a monopoly on fuel imports in the country since 2004. The KBC bank account was also the recipient of monies from the Gambia paid to finance the purchase of assets such as planes and luxury vehicles for Jammeh.

Records in the possession of the OCCRP show many payments of between $200 000 and $1-million between the ordering institution (or the sender), Central Bank of the Gambia, and the beneficiary, Global Trading Group’s KBC account. Bazzi received just over $3-million from the central bank towards the purchase of Jammeh’s plane and cars.

It is a relatively small amount, and Bazzi’s companies were only subjected to sanctions by the US after the date of these transactions.

What emerges, however, is KBC’s apparent lack of due diligence in detecting the illicit flows from the Gambia at a time when the country was in its second decade of a dictatorship. It is notable that the central bank was not ordinarily allowed to pay private companies without special dispensation from the top rung of the dictatorship.

“We were dealing with an abnormal situation,” Amadou Colley, the central bank’s governor from 2010 to 2017 said, adding that he had feared for his life and his family’s safety.

But, KBC is not the only bank linked to the Gambia’s vast democratic and financial haemorrhage — the US-based Citibank, for instance, is also implicated. But KBC remained crucial for Bazzi’s business.

As the Global Trading Group’s main bank in Belgium, KBC provided Bazzi with the infrastructure needed to finance Hezbollah’s militancy and the destruction of the Gambia under Jammeh.

In just a few payments from the Gambian National Oil Corporation between 2015 and 2017, Bazzi’s company received more than $60-million. The full scale of his earnings remains unknown.

In Apartheid Guns and Money, a book by one of the writers of this analysis, KBC was shown to be central to a global money-laundering network supporting the apartheid regime. The network would handsomely profit the bank and, at the height of its collaboration with the apartheid state in the 1970s, it was one of the fastest-growing banks in Europe.

Detailed evidence suggests that KBC and its subsidiary Kredietbank Luxembourg (KBL) were a central node in the apartheid state’s “arms money machine”. They were, according to insiders, the bankers for up to 70% of the regime’s arms slush fund between the 1970s and 1980s.

This enabled the covert procurement of tens of billions of dollars of sophisticated weapons and technology that kept the war machine running despite a compulsory United Nations arms embargo.

At the time, the apartheid regime was collaborating with countries such as Israel in developing nuclear weapons or procuring hand-held flame throwers. The services these banks offered included channelling payments for fraudulent end-user certificates that “legitimated” the sale of weapons.

The consequences were devastating as the weapons helped to foment wars and ensured the oppression of millions of people in Southern Africa.

Although the bank has thus far escaped consequences for its role in the crime of apartheid, it may well face a different situation today.

In 2018, the US Congress passed the Hizballah International Financing Prevention Amendments Act, which specifically enables Washington to sanction financial institutions linked to Hezbollah.

The original target of this legislation seemed to have been Lebanese banks linked to Hezbollah, perceived — whether real or imagined — as a militant arm of the Iranian government. Whatever Hezbollah’s political struggles, the role of financiers like Bazzi in helping to prop up Jammeh’s brutal regime appears to undermine the integrity of their claims. The latest revelations from the OCCRP investigation shifts the focus from Beirut to Brussels.

Much remains the same. The bank has one allegiance — blind profit. The horrors enabled by its profit-making are not considered. In a statement, KBC said that, “due to its duty of confidentiality imposed on financial institutions, KBC is not allowed to communicate whether or not an individual or company is a customer.”

Will the bank at last be held to account or will it be allowed to continue to act with impunity?

Hennie van Vuuren is director of Open Secrets and author of Apartheid Guns and Money. Khadija Sharife is an investigative journalist and editor with the Organised Crime and Corruption Reporting Project (OCCRP), and Mark Anderson is an Africa editor with the project.

Mark Anderson
Mark Anderson is an African editor at the Organized Crime and Corruption Reporting Project.

Back to old habits? South African arms exports to Saudi Arabia and the UAE