Get up, stand up: Jamaica rises

Desiree Ellis has a simple objective this week: get Banyana Banyana back on track. The time for experimenting and glorified trials is over.

With the World Cup two months away, the games that remain become vital minutes of 11th-hour tweaking and preparation. Not to mention a chance to restore confidence.

That’s doubly true considering the calamity that was the Cyprus Cup. South Africa flopped at the tournament, avoiding defeat in only one of four matches — a spirited 2-2 draw against Finland.

The results in the Mediterranean left a sour taste in the mouth. We had been on a high since finishing as runners up at the Africa Women’s Cup of Nations and the trip was an ugly reminder that we haven’t yet reached the level of Europe and Asia’s elite.

“We said we were going to use the Sweden and Netherlands games and Cyprus Cup to have a look at the players we have,” Ellis tells the Mail & Guardian.

“Now, with two months to go practically, you have to start looking at your line-up. Start getting the players that you look to start with at the World Cup playing together on a more regular basis.

Banyana have two games to return to form: the United States just before June’s spectacle and a recently scheduled game against Jamaica on Sunday. 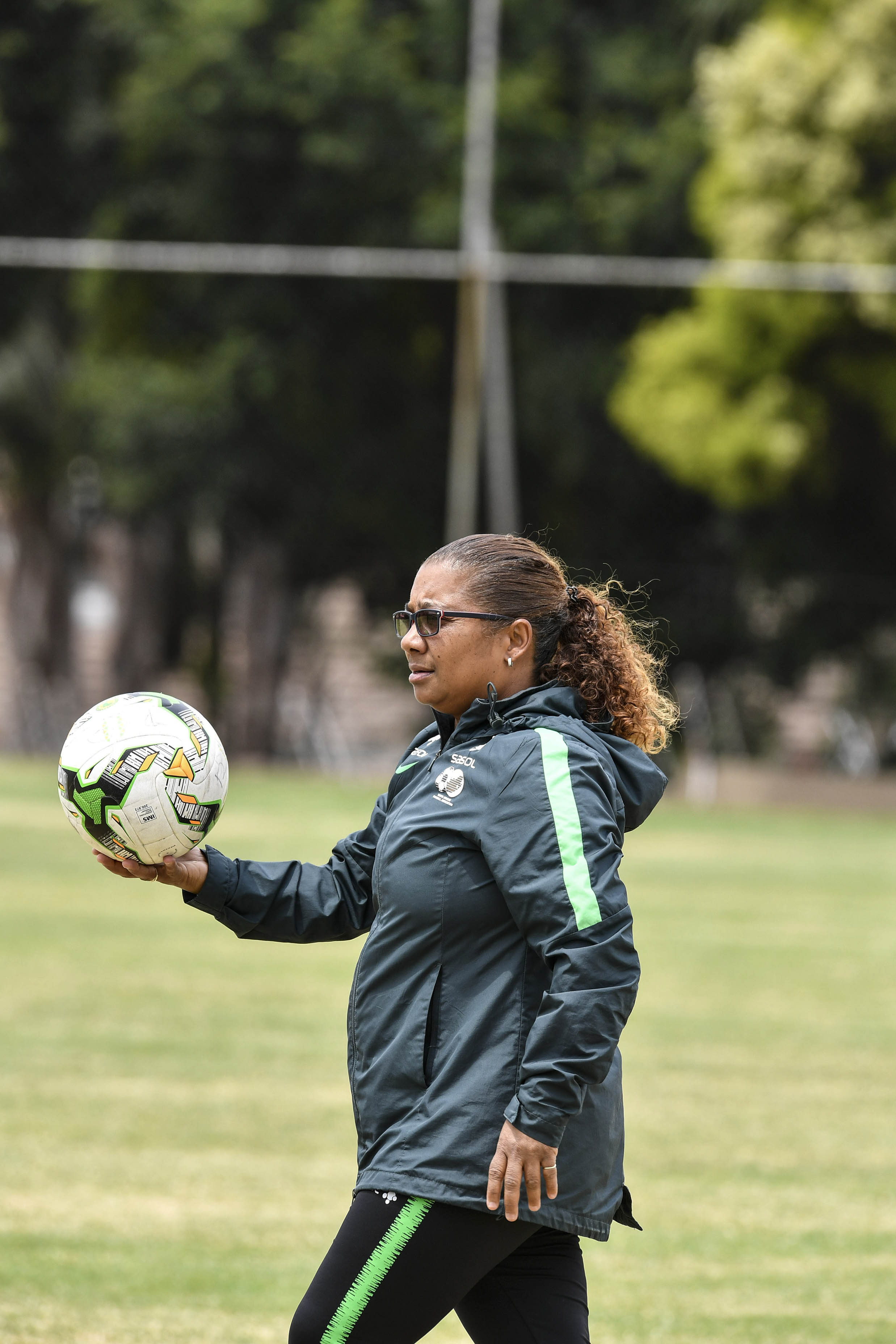 On the ball: Coach Desiree Ellis

Given the development of both teams, the game against the Reggae Girlz, as they have been christened back home, is particularly intriguing.

Like South Africa, Jamaica are going to their maiden Women’s World Cup. Coincidentally, the first time the men’s outfit qualified was in 1998 —again, inline with our own Phil Masinga-inspired moment. But, although Banyana’s achievement was a tad bit on the unexpected side, Jamaica’s was straight-up unbelievable.

Their team didn’t even exist less than five years ago. After disbanding in 2008 aftertheir failure to qualify for the Olympics, the Jamaica Football Federation cut the senior women’s programme in 2010 because of a lack of funding. Fifa unranked the side because of the subsequent three years of inactivity. There was no inkling of a future for the women’s game on the Caribbean island.

Enter Cedella Marley, the daughter of Bob Marley and an accomplished fashion designer, singer and entrepreneur in her own right.

Marley became the official ambassador of the side in 2014 and immediately set about looking for sponsors. She held fundraisers and raised tens of thousands of dollars that allowed its players to return to practice and enjoy basic necessities such as adequate equipment and having their travel expenses covered.

No one in Jamaica disputes that Marley is the saviour of the women’s game. Just as her father’s music was used by his friend Viv Richards as the anthem for the war his famous West Indies side were waging on Western perceptions, so too has his daughter become symbolic of the Reggae Girlz.

Despite interest growing exponentially and new efforts to improve the team, such as scouting countries like England for eligible players, the team had to stagger upright rather than leap to its feet. When Jamaica began the qualifying process in May last year, it was the first time they had assembled for more than two years. Nonetheless they cruised through their Caribbean Zone qualifying to earn a spot at the Concacaf Women’s Championship. After being smashed 6-0 by the US in the semi-final, the third-place playoff offered one more shot at that trip to France.

One-hundred and twenty minutes later, in which Panama equalised twice, Jamaica held fast in the penalty shootout to achieve their dream.

Although the islanders are far less prestigious than the calibre of opposition that has recently exposed Banyana’s flaws, the opportunities they offer for growth are no less relevant. “We do have footage of their last couple of games so we’ve had a look at them,” Ellis reveals. “They also like to play the ball around and get a little bit physical. That is really important because it’s something different. I think when you play these different teams that give you different challenges; it prepares you for games coming up in the future.”

Ranked four places behind South Africa in 53rd, Jamaica will offer the kind of raw confrontation that was absent against the more polished European outfits. Additionally, at the risk of sounding soppy, it’s also hard to think of a more inspiring opponent to go up against in the last game in the country before the World Cup.

At the very least, Sunday is an opportunity to replace the frustration of the Cyprus Cup with a reminder of what’s already been achieved.

“For many of them it was the last opportunity to qualify for the World Cup and I think that’s what drove the group. They were magnificent at Afcon. Magnificent. But now we’ve got to raise it a couple of levels and I’m positive that they will. They’re very committed and dedicated. What’s so fantastic about this core group of players is they really put in the hard work behind the scenes,” says Ellis.