The woman picks up her black leather briefcase, and with her head high, marches out of the conference room of the postgraduate club house at the University of the Witwatersrand in Johannesburg.

She’s dressed in a sleek, black skirt and polo neck.

From the back of the room, a man in a light blue shirt gets up and follows his colleague out.

The room is packed to capacity with public health researchers, scientists and activists. They look on in shocked silence until the door slams shut behind them.

A few moments earlier, the modish woman and her associate made the error of identifying themselves as representatives from the tobacco giant Philip Morris International.

They hadn’t really been invited — or at least not by the organisers — this was a public health lobby meeting.

Nobody from the industry was welcome. 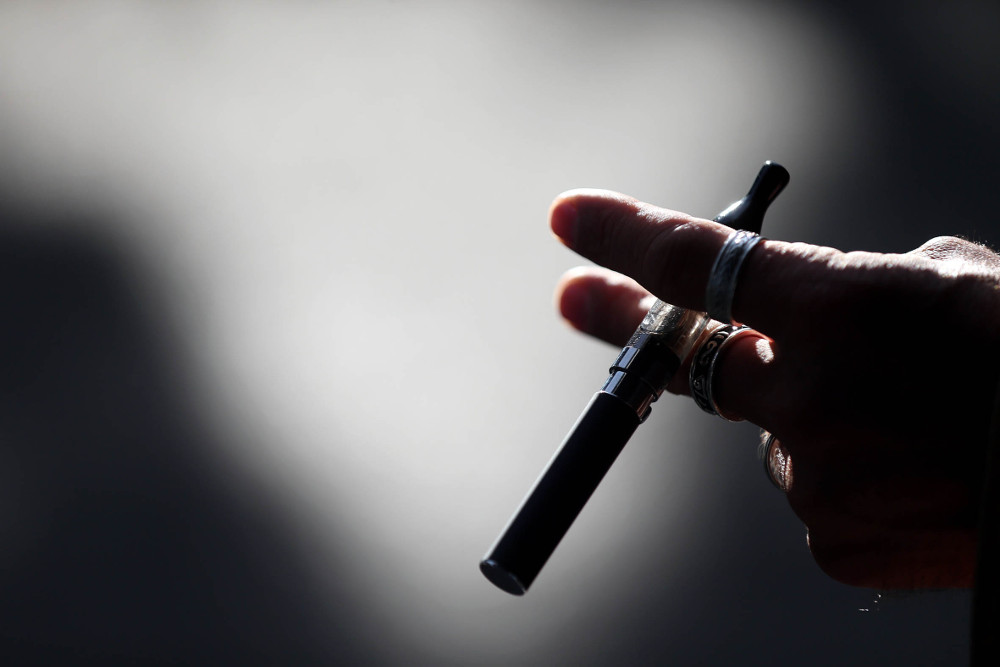 No entry: Tobacco industry representatives were chased out of a public health meeting in April. (Frank Fife)

“We cannot have any ties with the tobacco industry. We had to ask them to leave,” Savera Kalideen, the executive director of the National Council Against Smoking, says. The council, which ran the event, keeps to the World Health Organisation’s rules when it comes to setting and discussing new public health policies – no tobacco interests are allowed.

The pair were startled when they were thrown out, says Ulreich Tromp, a spokesperson for Philip Morris. The two had RSVP’d to the event, and there was no indication they weren’t welcome.

But Kalideen says this must have been an administrative bungle. “We didn’t send them invites,” she explains. “But they let our secretary, who didn’t know who these people were, know that they’d be attending.”

Tromp explains: “They were only there out of curiosity.” But Kalideen maintains, “Their presence was entirely inappropriate.”

Once the woman-in-black and her colleague had left, the country’s top lung specialists, tobacco control economists, and public health officials could discuss what they believe could be the industry’s latest ploy: e-cigarettes.

E-cigarettes are devices that allow users to inhale solutions that usually contain nicotine in a colourless liquid such as propylene glycol – an additive typically found in food and cosmetics, the United States Centres for Disease Control explains on its website. This solution is heated in hand-held devices and produces a vapour, which is why smoking e-cigarettes is often called “vaping”.

South Africa’s new tobacco control Bill, which was published in July last year and is now closed for comment, proposes the same harsh regulations for e-cigarettes as their traditional cigarette counterparts. These include advertising restrictions, plain packaging and the banning of smoking areas in restaurants and public buildings. If the legislation goes through, anyone caught smoking vapes or cigarettes in a no smoke zone could be sent to jail for up to three months.

After the Bill’s publication, the Vapour Products Association (VPA), which represents e-cigarette manufacturers and retailers, has publicly asserted that e-cigarettes are 95% safer than conventional cigarettes and may even help traditional smokers to quit. Their claims are based on the results of an expert review on e-cigarettes, which was published by the British government agency, Public Health England, in 2015.

Strict regulation of vaping, the review argues, risks robbing citizens of the opportunity to access a safer alternative to tobacco cigarettes or a smoking cessation tool, also referred to as a form of “harm reduction”. These calls have been backed by the tobacco industry-funded Tobacco Institute of Southern Africa.

The UK study has however been widely criticised with some scientists taking issue with its methodology, arguing the research was based on the opinions of experts, instead of clinical trials.

But, the UK has stuck to its guns — it has created a pro-vaping policy, on the basis of the 2015 review. “E-cigarettes are not risk free but are far less harmful than cigarettes,” government-sponsored billboards advertise in the country.

And, South Africa’s lobby groups have latched onto this; they have lauded the UK’s approach as “scientifically progressive” and “fact-based”.

The argument that e-cigarettes could be used as a harm reduction method is also echoed by other countries, such as Canada and Italy.

In fact, in the UK, the health department has gone as far as recommending vapes as a harm reduction method.

Harm reduction refers to evidence-based ways that scientists recommend people use to mitigate the dangers or harms associated with a particular act. For example, giving methadone to people who regularly take opioids like heroin, helps them avoid painful withdrawals without getting high. This method is called Opioid Substitution Therapy (OST) and is included in South Africa’s plan to fight HIV.

But Catherine Egbe, a tobacco researcher, says the research on which the UK’s policy is based does not do enough to reflect the possible health harms of vaping. Egbe is a specialist scientist at the South African Medical Research Council’s (MRC) Alcohol, Tobacco and Other Drug Research Unit.

She explains: “We cannot trust this industry with our health.” 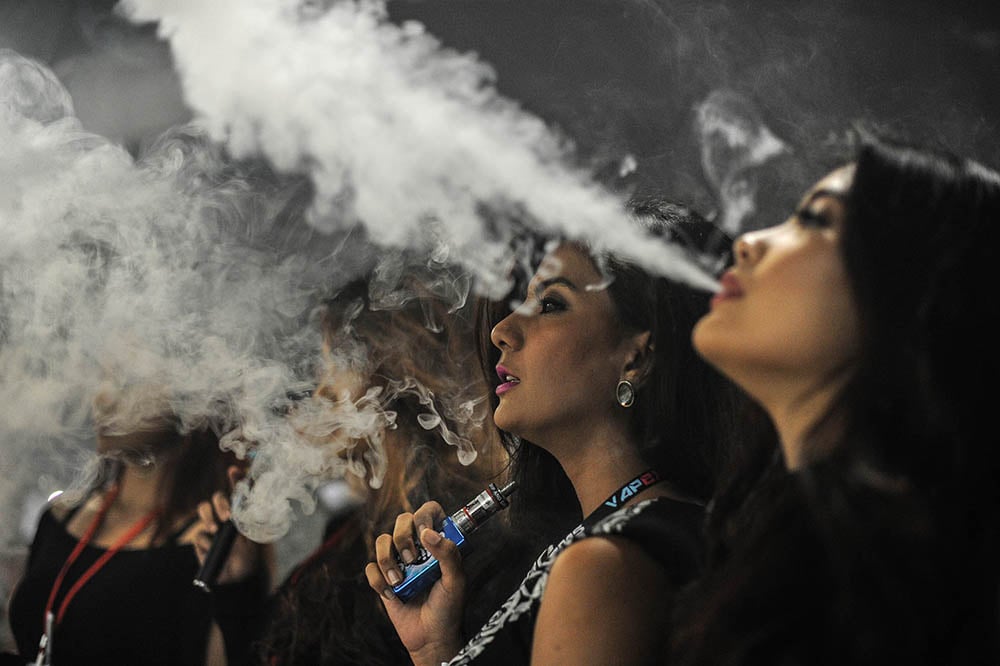 The public health experts at the Wits meeting pulled no punches.

People who are given methadone as part of OST are monitored closely, and the drug is not easily available, but this is not the case with e-cigarettes, which are available at your local DisChem, Shaddock says.

She explains: “As a medical person, I cannot reconcile e-cigarettes and my responsibility to do no harm.”

For starters, Shaddock says, propylene glycol, the liquid found in most e-cigarettes, is a known irritant for lungs. Research published in Physiological Reports in 2017 found the substance can change the DNA in someone’s lungs. And although scientists admit more research is needed, they warn the finding is “not to be taken lightly.”

In contrast, there’s good evidence to show that nicotine replacement therapies such has Nicorette work, with few side effects, she says.

Such methods release low doses of nicotine that helps stave off the withdrawals that often come with quitting, according to the United States medical nonprofit the Mayo Clinic.

But a 2019 study published in the New England Medical Journal found more people stopped smoking when using e-cigarettes than nicotine replacement therapy (NRT). Shaddock however warns that very few of the people who used vapes to quit could in turn wean themselves off the devices. And since scientists aren’t yet sure of the long term effects of vaping, they might even be worse off than those who stopped smoking using NRT.

Despite the fact that the UK has started to promote e-cigarettes as harm reduction method, a group of international lung health experts have called for the use of the devices to be “restricted or banned until more information about their safety is available.”

The position statement of these scientists was published in the American Journal of Respiratory Critical Care Medicine in 2014. It recommended that, if e-cigarettes were not banned, they should be regulated like medicines or tobacco products.

Anthony Westwood, who head’s up the department of paediatrics and child health at the University of Cape Town, explains: “Our children cannot afford to find out in 20 years that they’ve got cancer because of e-cigarettes. “We have a chance to defuse this ticking time bomb.”

The MRC’s Egbe is flipping through her powerpoint slides in the Wits conference room.

E-cigarettes are not the solution [to nicotine addiction], they are “just another phase of the tobacco epidemic,” she says.

Besides, Egbe argues, e-cigarettes were designed to evade tobacco control laws in the first place.

Her statement is echoed by a 2017 analysis of leaked industry documents published in the journal Tobacco Control. The researchers found that Philip Morris began developing vapes in 1990 to substitute sales when many smokers were switching to quitting aids.

Saveera Kalideen raises her hand. “I’m satisfied that chasing away the tobacco representatives was the right thing to do,” she says. “In the past, the industry has twisted issues discussed at meetings like this for their own good.”

Frontline Africa Global is paid to keep the association up to date with any policy changes that might affect business, according to Zodwa Velleman, the head of VPA.

“We have to keep our ears on the ground,” she says.

But both scientists declined to share their presentations with the industry. “I was suspicious,” Westwood explains, “because I saw they also had done work for British American Tobacco”.

Kalideen concludes: “We have been burned by industry before, there is no reason for us to trust them.”