The MultiChoice Group will launch its new black-owned 24-hour news channel Newzroom Afrika on Thursday, in a move the group says “will add further news diversity to MultiChoice platforms”.

In a statement, MultiChoice promised that this new channel will provide “a fresh take on news coverage” with a lineup of presenters who are “experienced news professionals”. The group also promises to give “new talent” the opportunity to “develop both in front of and behind the camera”.

MultiChoice announced Newzroom Afrika as its new channel in place of Afro Worldview (formerly ANN7) in August last year. Afro Worldview’s contract was not renewed when it lapsed in the same month.

Founders Thabile Ngwato and Thokozani Nkosi are no strangers to the news and television industry. Nkosi, a former presenter, is a prominent TV show producer through his company Eclipse TV which has produced shows like Big Up, Gospel Time and The Chatroom. 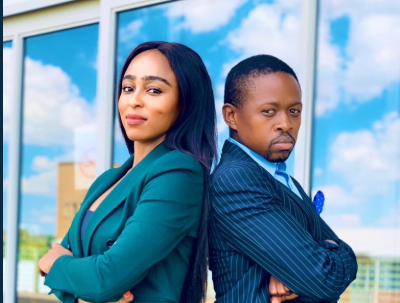 Ngwato was a news anchor at the SABC for five years where she also presented Morning Live on weekends.

In an interview on Kaya FM on Tuesday, Ngwato said that she and Nkosi understand that the timing of the launch of their channel is critical.

“We’re launching at a very important time — election time. We have a huge responsibility, so over and above our business imperatives, we know that South Africa needs this.”

The channel will air on DStv channel 405 and all subscribers to DStv Premium, Compact Plus, Compact, Family, Access and Easyview customers will be able to view the channel.

In addition, Newzroom Afrika will be available by streaming on smartphone, tablet or desktop.

So far so good, IEC says on elections