‘I don’t want my children to live like this’

A stream of sewage cuts through the open lot where voters from the Tambo Section of Bekkersdal lineup to cast their ballots.

On election day, the stream divides the parties vying for support. On the one side is the ANC —a small island of supporters decked out in their party’s regalia —and on the other, the Democratic Alliance (DA) and the Economic Freedom Fighters (EFF) party faithful sit, almost huddled together, at their respective stands.

Save for the fanfare that accompanies the occasional pleas to vote for the ANC roared over a loudspeaker, a ritual that residents say started at 4am on Wednesday morning, Bekkersdal is calm.

During the last national elections in 2014, Bekkersdal, west of Johannesburg, was the site of heated protests, sparked by the township’s service delivery woes. Three tented voting stations were burned down on the eve of the elections. 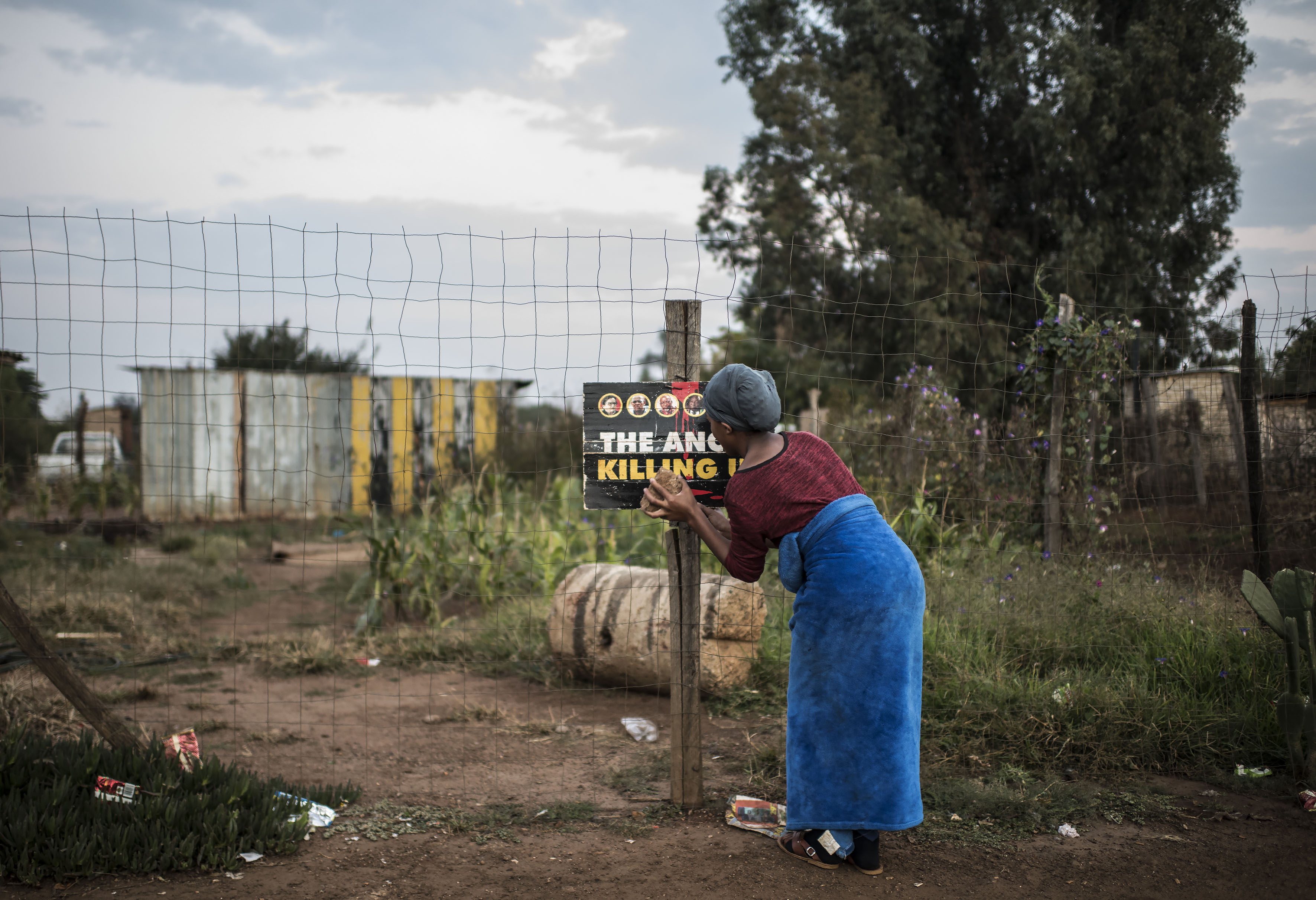 Signage: The ANC ignored the stream of waste to hail voters on loudspeakers whereas a Democratic Alliance supporter nails her colours to the mast. (Paul Botes/M&G)

Though there are no signs of unrest in Bekkersdal on Wednesday, residents say their calls for access to services remain largely unanswered.

Balungile Masepayeti crosses the stream of sewage almost every day. She says she will vote for the DA because she wants change.

“When it’s raining, nê, that sewage, it gets worse, and it gets into our homes,” she says, standing on the edge of the stream. “You know we can’t even sleep. We have kids, small kids. It is terrible to live in this place.”

Masepayeti says they have been living with the sewage, which spills out of a burst pipe, for nearly five months.

“The ANC makes no difference,” says Masepayeti, who voted for the first time on Wednesday. She says her mother used to be loyal to the ANC but has had a change of heart.

“Today even my mother said enough is enough, because there has been no change. It has been like this for too long,” she says, the words flowing freely from her purple-painted lips.

The 22-year-old says she does not pay any mind to the ANC’s claims that the party will win the elections despite the efforts of other parties.

“We say we don’t care. But one day, we believe the DA could lead,” Masepayeti says, adding that most of her neighbours are ANC supporters. 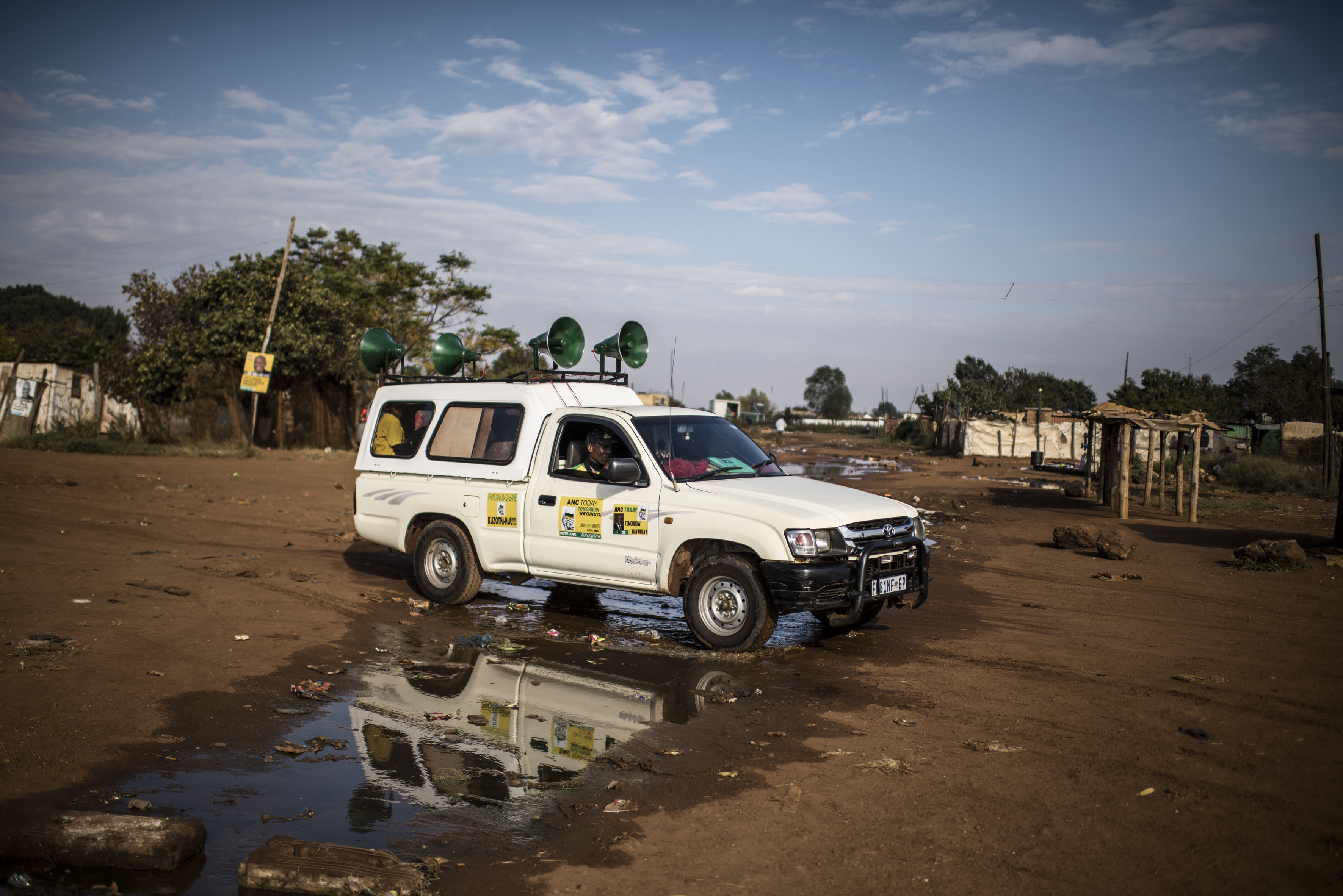 Sewage: The ANC ignored the stream of waste to hail voters on loudspeakers. (Paul Botes/M&G)

In 2014, the ANC dominated in Bekkersdal, winning between 62% and 81% of the votes across the seven wards the township falls under. In most of the wards, the EFF came in second, with the DA only managing to muster 8% of the vote in its most supportive ward.

Nthabiseng Lefakane and her mother, MaJulia, are among the many ANC supporters in Tambo Section. A poster with President Cyril Ramaphosa’s smiling face is pasted up onthe wall of their small home.

She says she wouldn’t vote at all if Zuma were still president of the ANC. 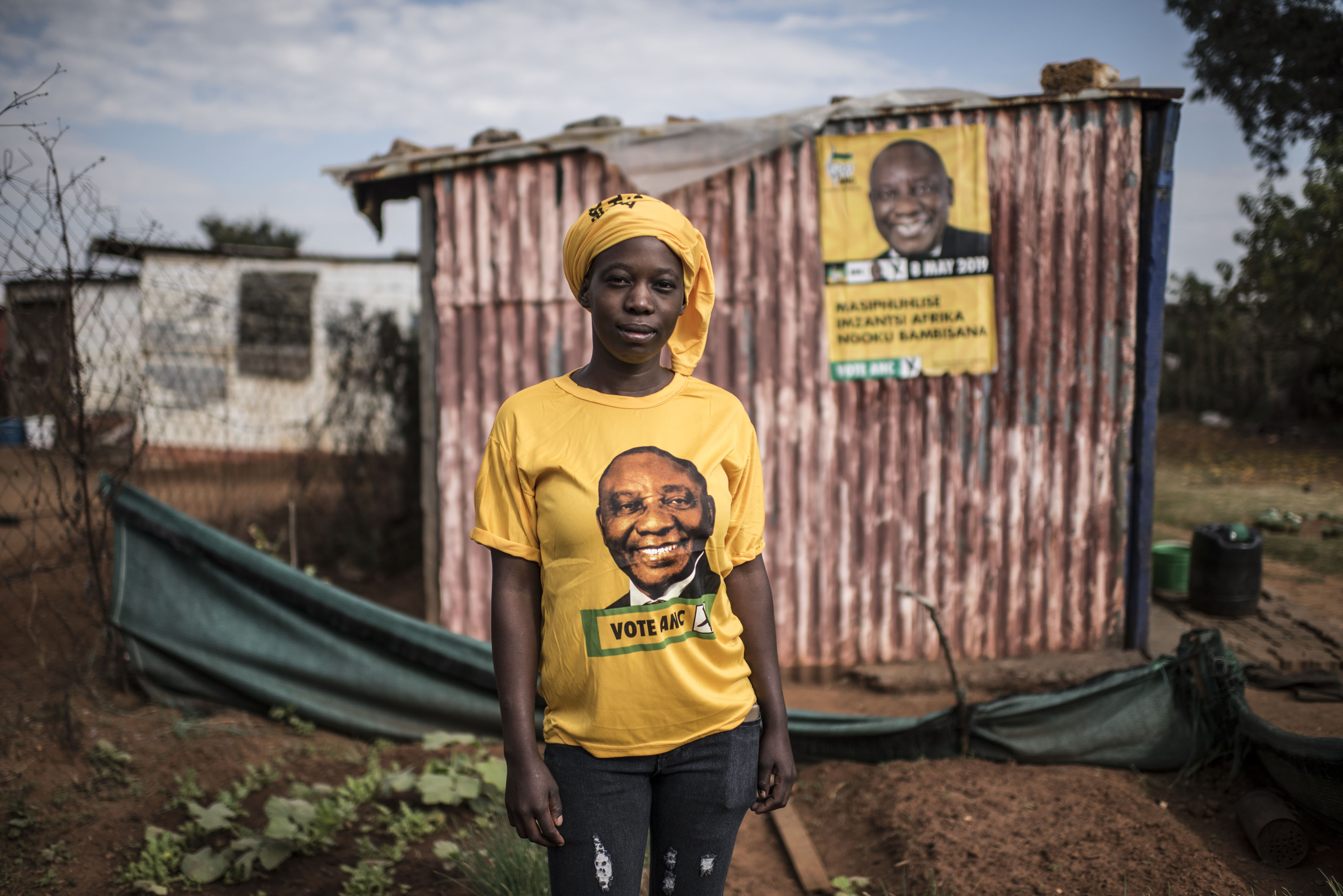 Andile Tsaka says he is giving the ANC one last chance. “I want to see if they can improve things in some way,” he says after emerging from the tented voting station with a victorious strut.

“I’ve always voted ANC,” the 32-year-old says, chuckling heartily at the prospect of casting his ballot for any other party.

On the short walk from the voting station to his home, Tsaka says the lack of electricity in parts of Bekkersdal is at the heart of the township’s discontent.

Last month Bekkersdal residents took to the streets, demanding they be connected to electricity. The events in Bekkersdal were part of a series of service delivery protests thatswept across various areas in Gauteng, including Alexandra, Soshanguve and Hammanskraal.

According to Tebello Santho, who sits at the DA stand at Mandela Section, about a kilometre from Tambo Section, electricity poles sprung up around the township following the April protests. “But there has never been a single house that has been lit.”

“For example, we can tell you that they were crying for electricity. But the mayor [of Rand West City local municipality, Mzi Khumalo] has already launched the electrification project. And the project is running as we speak … So there is nothing that they are crying about that didn’t happen.”

The Bekkersdal electrification project was launched in January and, if all goes according to plan, electricity will be installed in 15000 homes in the area in 24 months.

Back in Tambo Section, Rethabile Nodlangala is sceptical that electricity will ever reach his home.

Standing outside his house, Nodlangala says he will cast his first-ever vote when he is done with doing chores around the house. He is pinning his hopes on the EFF.

“I want to vote for something new. I want to see change. The ANC keeps promising us good things, but those good things never come,” hesays, as his brother Cebisile nods in agreement.

“The people in the EFF are young. They are young minds. Maybe they can come with something new.” 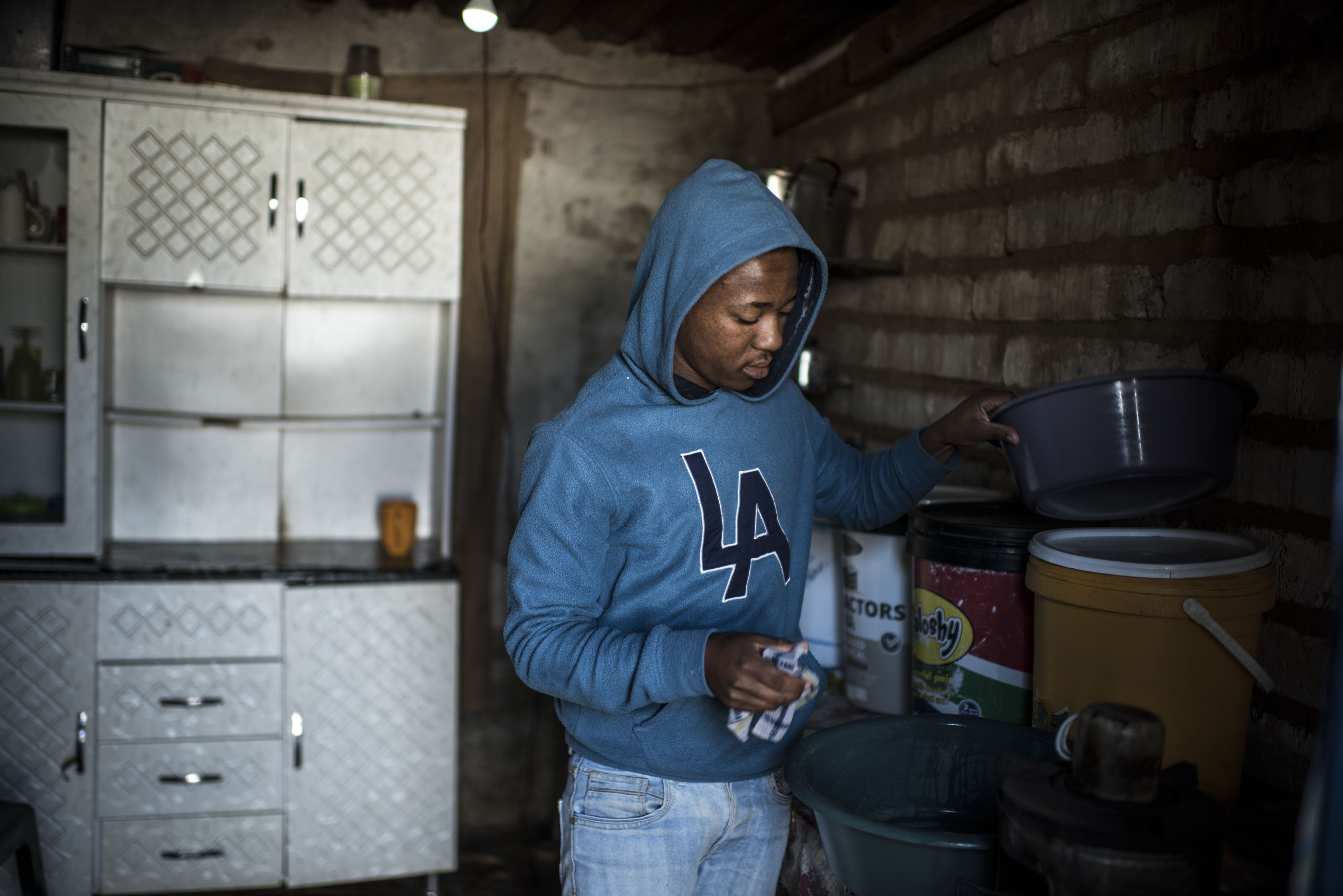 Rethabile Nodlangala, on the other hand, is pinning his hopes on the Economic Freedom Fighters. (Paul Botes/M&G)

Cebisile was dragged into his backyard by his dreadlocks by fierce ANC supporter Dimakatso Makapha after he declared that he would be voting for the DA. Yet Cebisile says he won’t be voting this year because he lost his ID in a fire caused by an unattended candle.

Leaning on the fence that surrounds their home, Rethabile says he hasn’t lost hope. “Someday change is going to have to come. Because we can’t keep on living like this,” he says, his tired eyes darting to the home he shares with brother and their mother.

“Our mothers were living here like this. We were born, and it was like this. So as I am getting older, I will also have children, and I don’t want my children to live in a place like this.”